the latest NIKE golf driver ‘vapor flex’ features a RZN tube with a high-density weight on one end, called the flightpod, which is located in the cavity of the club. by adjusting the flightpod, golfers can actively move the center of gravity of the vapor flex driver to further optimize their launch conditions.

with the flexflight, golfers can manipulate the center of gravity from low and forward to low and back by adjusting the pod in quarter turns with the same wrench used to operate the flexloft 2.  utilizing the flexflight system impacts launch angle, spin rate, forgiveness (increased in the ‘mid’ setting) and workability (enhanced in the ‘low’ setting).

the 15-gram RZN flightpod, inserts into the back of the driver. when unlocked, the flightpod can be removed, reversed and locked back into the cavity. 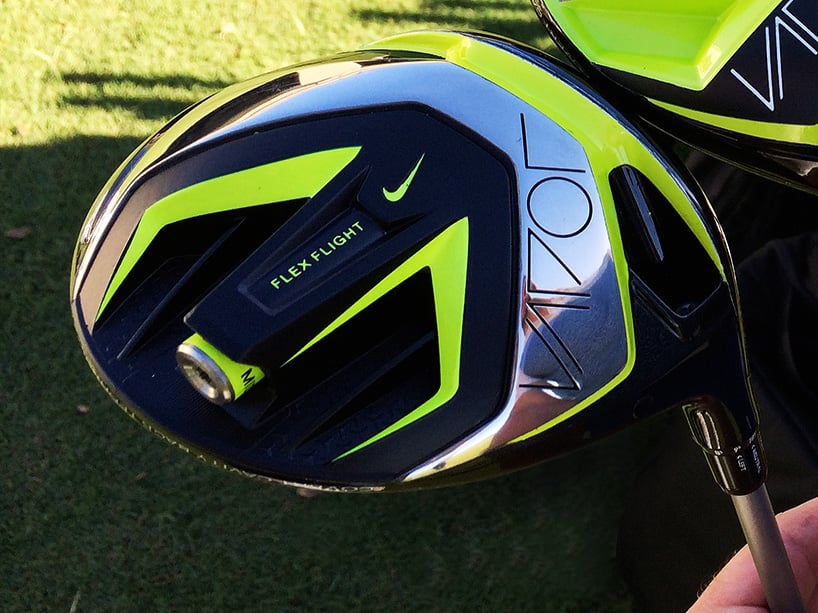 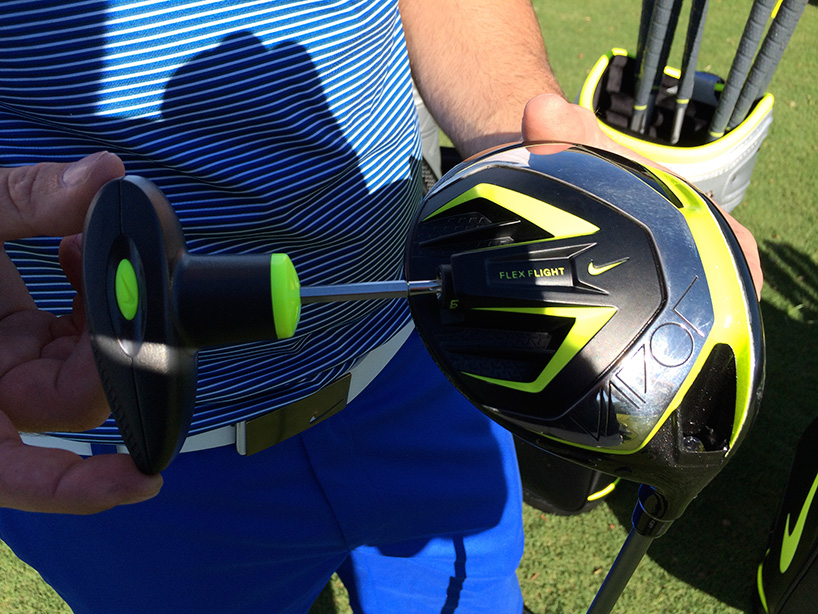 the flightpod can be removed using the key tool used for NIKE’s flexloft 2. 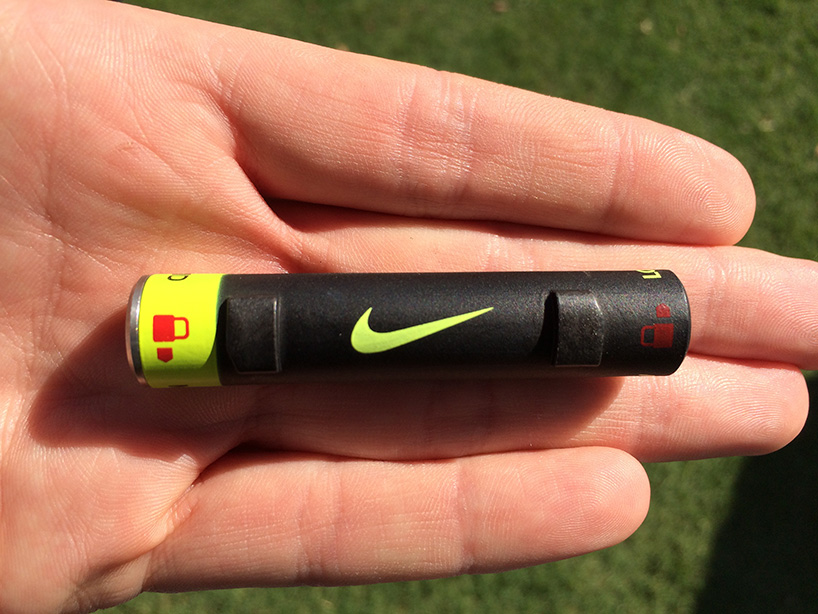 the vapor flex’s ‘flightpod’ weighs 9 grams in one end of the flightpod and a half-gram in the other, which moves the center of gravity about 2.4mm from front to back. 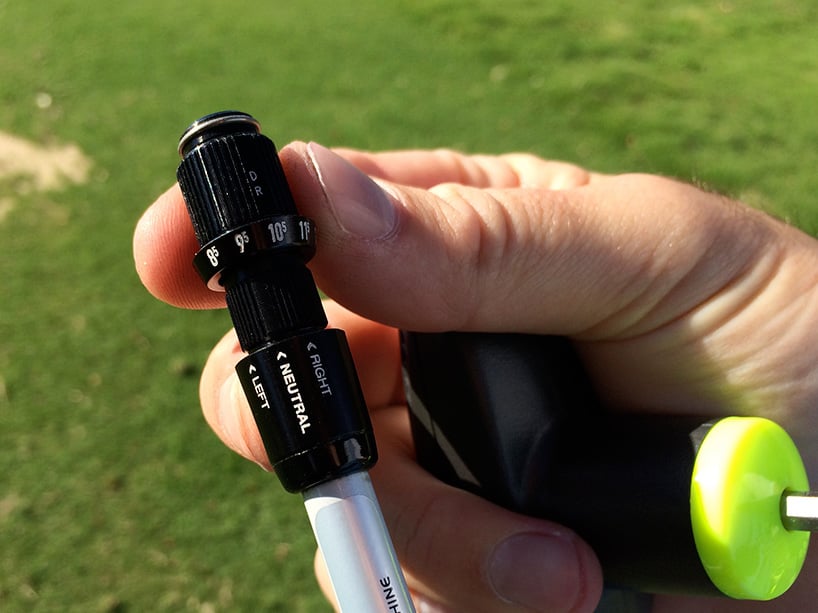 the vapor flex also features flexloft 2, which allows the golf athlete the functionality of five lofts and three face angles within 15 different settings. 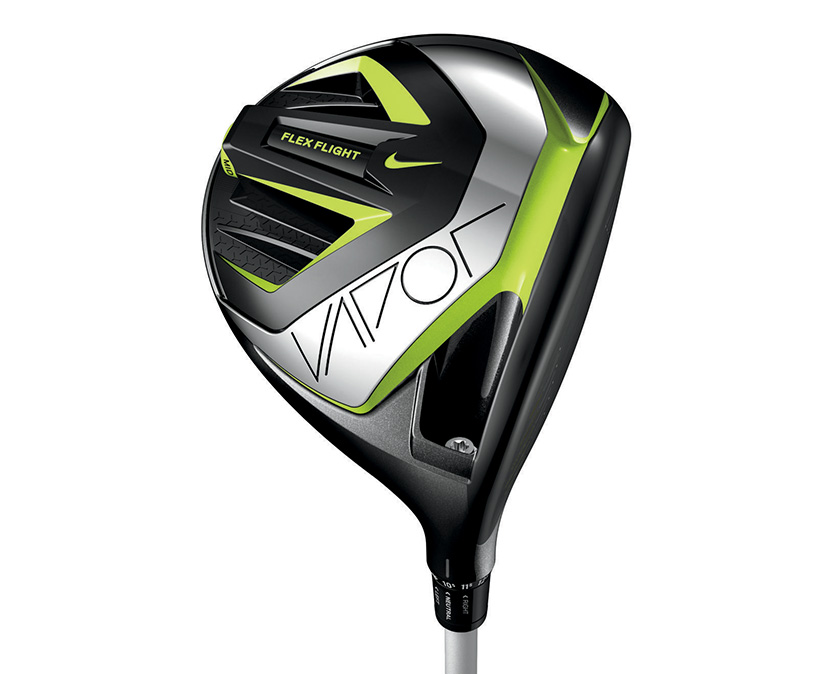 ‘often times in the fitting process, there’s an opportunity for a final adjustment to develop the shot shape and ball flight the athlete is looking for – that’s how flexflight can help. with a simple quarter turn, we can adjust the mass of the flexflight module forward and backward within the club to change the trajectory and shot shape for the athlete. in doing so, we are seeing that a two-plus millimeter shift will change launch angle up to a degree – and it gives us that fine-tuning change in spin of about 300RPM.’

‘one of the biggest challenges of making the vapor flex was getting the engineering right while keeping the weight to a minimum. the breakthrough came when we decided to make the flightpod and it’s housing from RZN mixed with carbon. RZN is a third of the density of titanium. there’s 9 grams in one end of the flightpod and a half-gram in the other, which moves the center of gravity about 2.4mm from front to back.’

‘we had a lot of choices on how to orientate the pod in the head, but we went very low and horizontally to place it below the equator of the ball. the reason it changes the launch of the ball is something called dynamic loft: if you move the center of gravity further away from the shaft it essentially makes the shaft droop more and tilt in the swing – that adds loft to the face. the spin-rate is determined by how the ball is struck in relation to the center of gravity, so the pod allows you to adjust the spin rate also.’ – nate radcliffe, director of engineering for NIKE golf 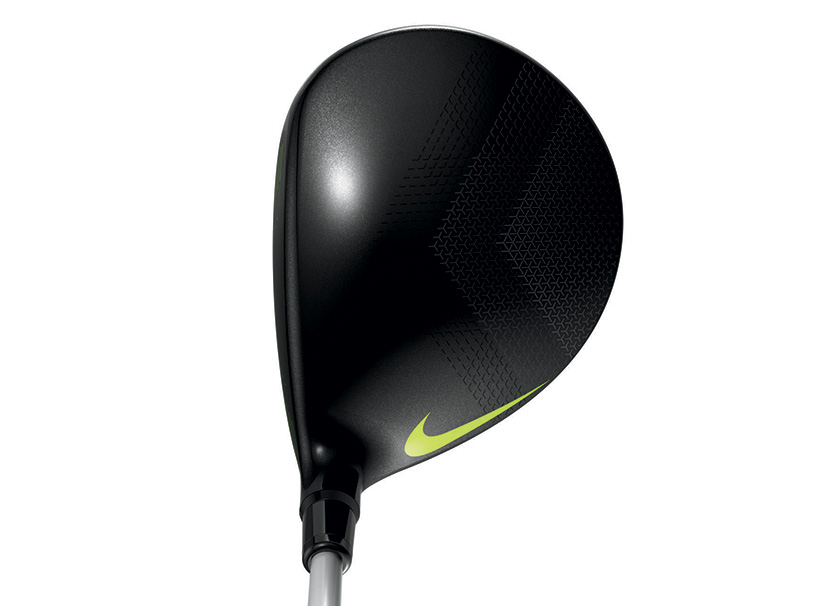 top view of the vapor flex 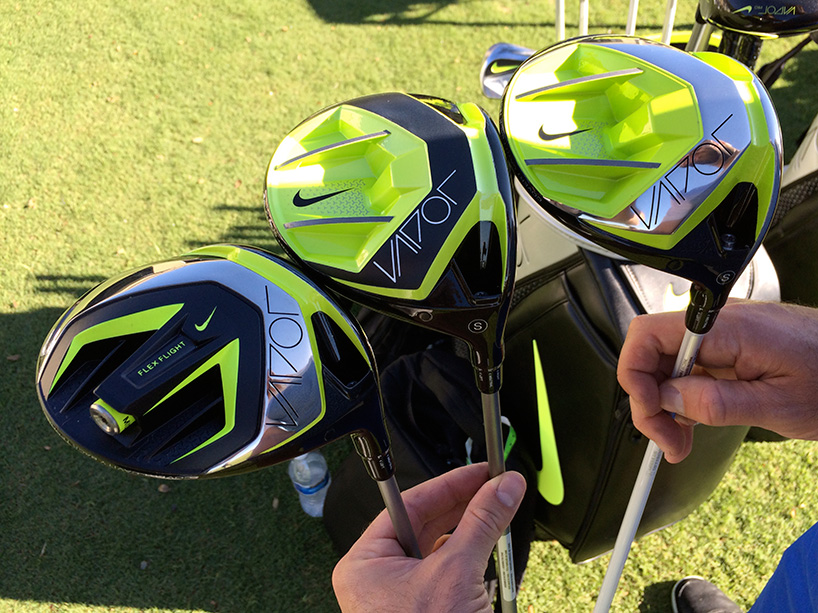 the vapor flex, NIKE’s pinnacle driver, shares features found in the vapor pro and vapor speed drivers, such as NIKE’s flybeams, which stiffen the cavity back of the club. a re-engineered compression channel that accentuates the spring-like effect across the face to return energy to the golf ball and flexloft 2, which allows the golf athlete the functionality of five lofts and three face angles within 15 different settings.