NIKE has introduced the HYPERVENOM II – the first football boot to mix a FLYKNIT collar with an enhanced mesh upper, complete with NIKEskin and all conditions control (ACC).

HYPERVENOM II’s design team (headed by nathan vanhook, phil woodman, max blau) focused on making it the definitive boot for agility – designed for attacking players, capable of moves in any direction and usually making the one their opponent least expects. the boot had to be crafted to support those kinds of movements, all while delivering a strong sense of style.

‘we started very simply, with members of our team wearing white socks and spray painting them while their feet were flexed in various football-specific movements. as they unflexed their feet, the unpainted white lines identified prominent flex grooves. that exercise quickly escalated into visits to NIKE’s sport research lab to consult with our scientists on how the foot can best move with the boot for ultimate agility.’ – phil woodman, NIKE football footwear designer. 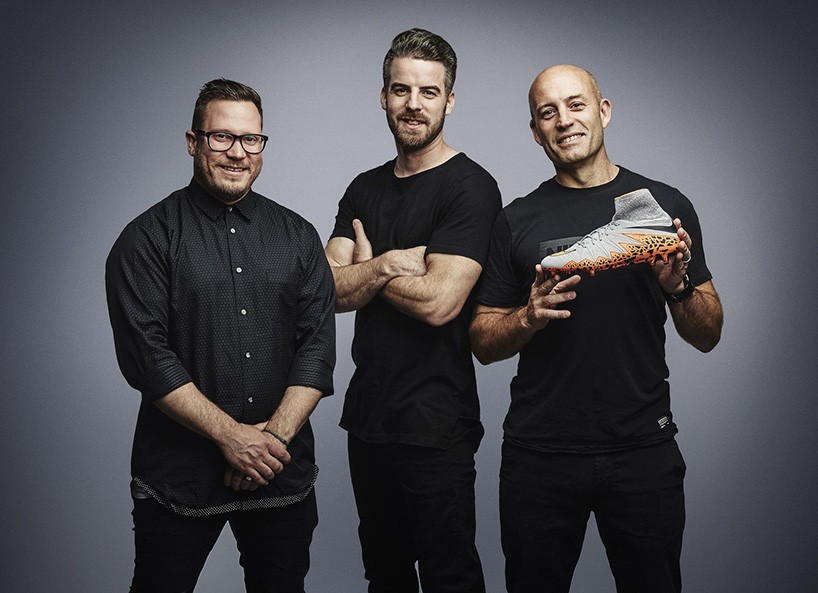 to achieve the level of anatomical synergy the team envisioned, NIKE FLYWIRE is strategically mapped into HYPERVENOM II with additional siping added in heavy ball-contact areas for enhanced touch. the FLYWIRE is integrated into a responsive loft mesh of varying density levels, a departure from the uniformly dimpled upper of the original HYPERVENOM. these were the first of many enhancements developed throughout the design process. ultimately, every component of the original HYPERVENOM evolved into something better for HYPERVENOM II.

‘players loved the original HYPERVENOM, but that doesn’t mean we can’t do even better. we’re not afraid to make as many changes as the boot needs to be the best.  the kind of players who wear HYPERVENOM would expect nothing less.’ – max blau, VP of NIKE football footwear. 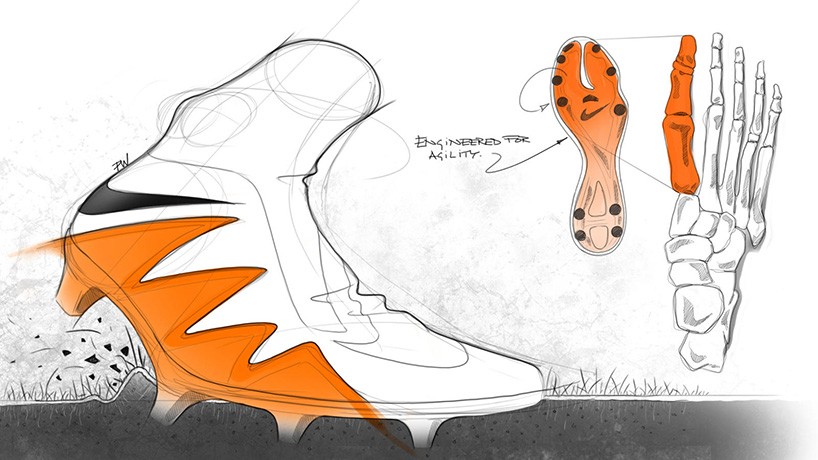 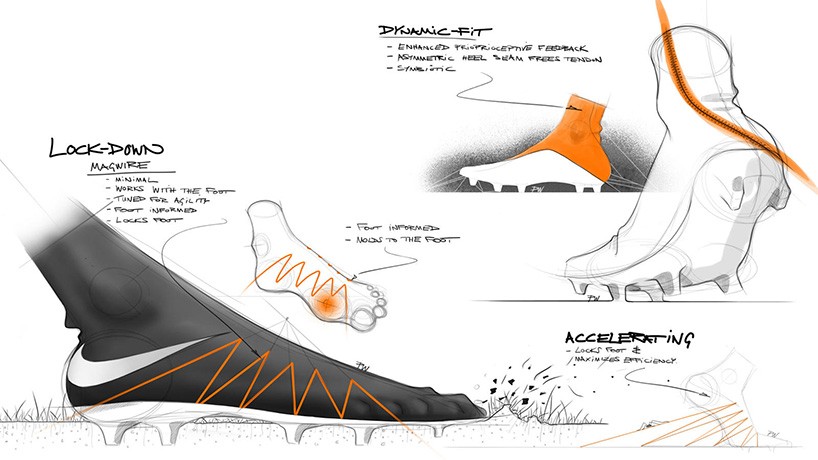 in response to player feedback, the sole plate of HYPERVENOM II is comprised of a softer compound than the original for added comfort. the split-toe design and agility traction pattern unleash a quick response for sudden changes of direction. a wrap-around graphic adorns the plate and sidewalls of the boot.

the eye stays of the boot follow a similar zig-zag pattern and are offset to the lateral side, allowing for a larger medial side strike-zone free of lace interference. the laces themselves are imperceivable from inside the boot to eliminate the possibility of distraction or irritation. 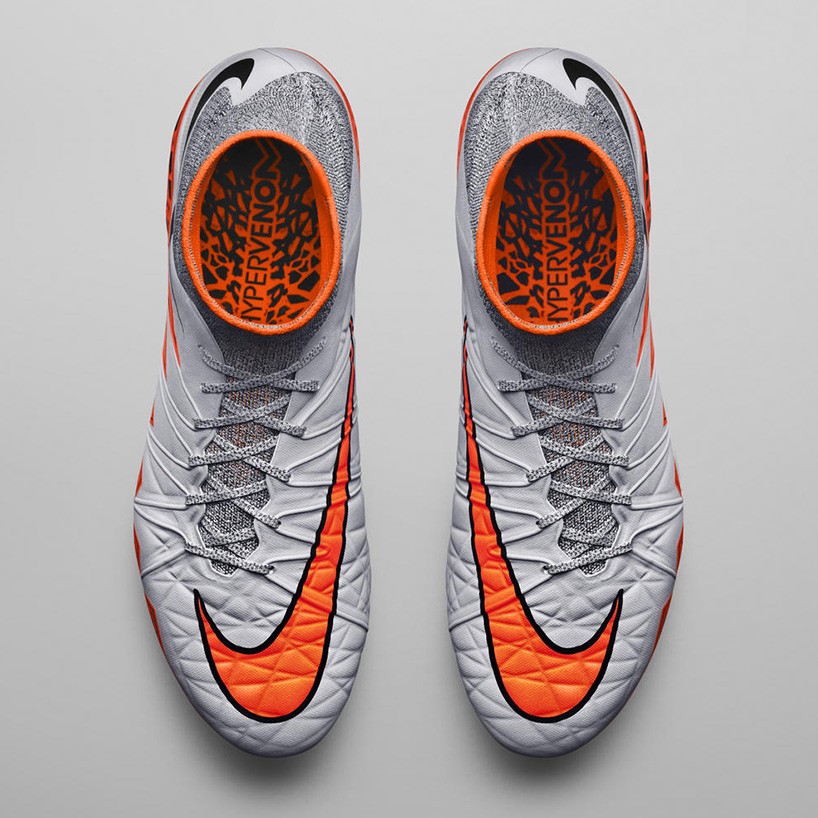 ‘this is foot-informed design at its finest. all of the linear angles on the boot align with the natural flex of the foot. the flywire powers a lockdown system that prevents the foot from sliding within the boot. we didn’t design a boot that works for the foot, but rather with the foot. while the sidewalls of the boot definitely catch the eye, they serve a distinct purpose in cradling and transitioning the foot from the plate to the upper. the sidewalls are neither as firm as the plate nor as soft as the upper, providing a medium that makes the shift between the two surfaces more comfortable while keeping the foot solidly centered on the plate with no rollover.’ – nathan vanhook, senior design director for NIKE football footwear. 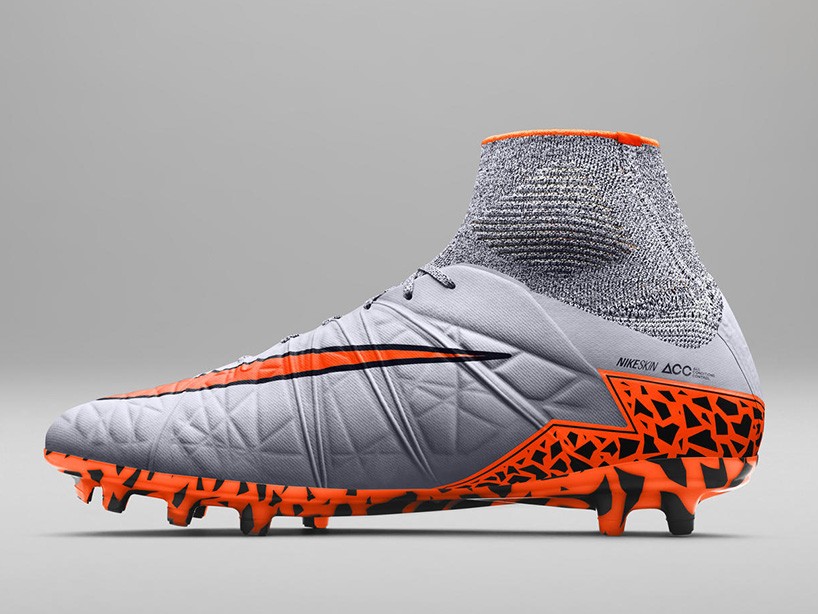 inside foot of HYPERVENOM II 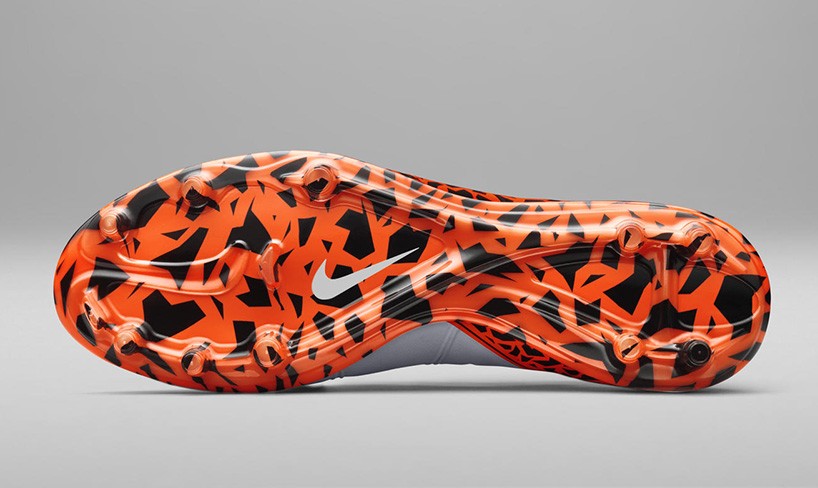 view of the sole plate

for the first time, there will be a women’s HYPERVENOM II, which will be seen this june on national team players from the united states, england, france and more. ‘we are committed to expanding our offerings to the female player and providing women’s sizes,’ says blau. ‘this is the first, but it will not be the last.’ 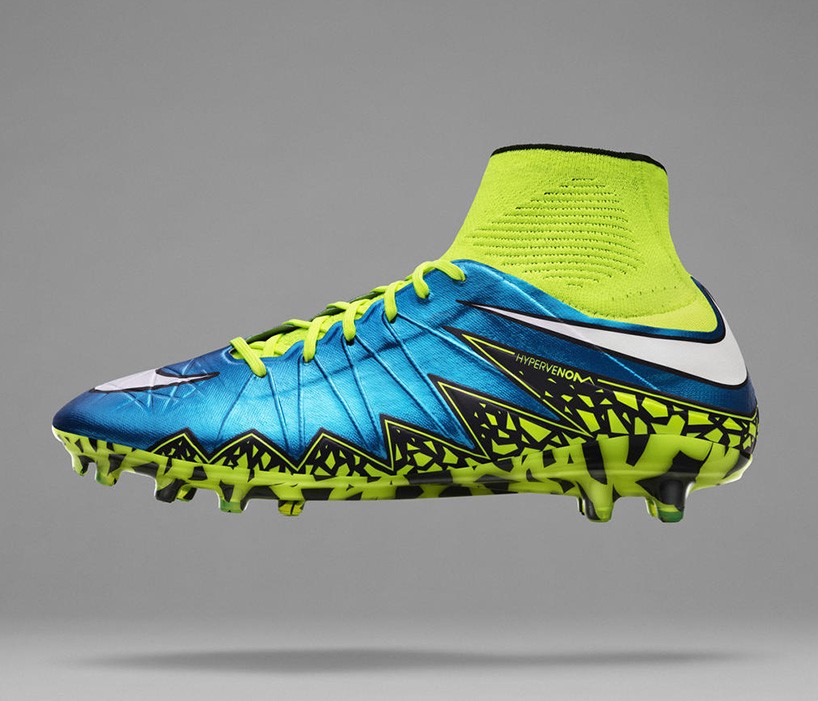 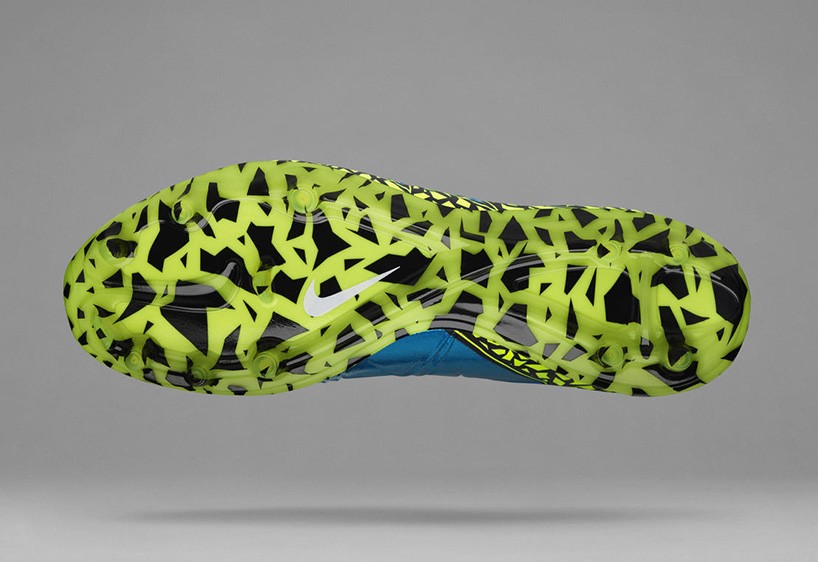 —
read our interviews with NIKE designers: