at the end of april 2014 we brought you exclusive coverage of the NIKE mercurial superfly, the company’s football boot built for speed. they have shared more design details with us about the cleat that was in development for four years and incorporates their flyknit technology.

denis dekovic, footwear design director at NIKE explains all in this video interview:

‘in the past we designed for specific positions. today we work on playing style – football has changed. someone like neymar is not in a specific area of the pitch. barcelona has changed the way football is played. its a little bit less position driven; its more playing-style driven, but when it comes to pros we work with players that we have already identified and love that kind of boot. for example, neymar loves the ‘hypervenom’, so when it comes to designing the next one, he’s involved.’ – denis dekovic – read more 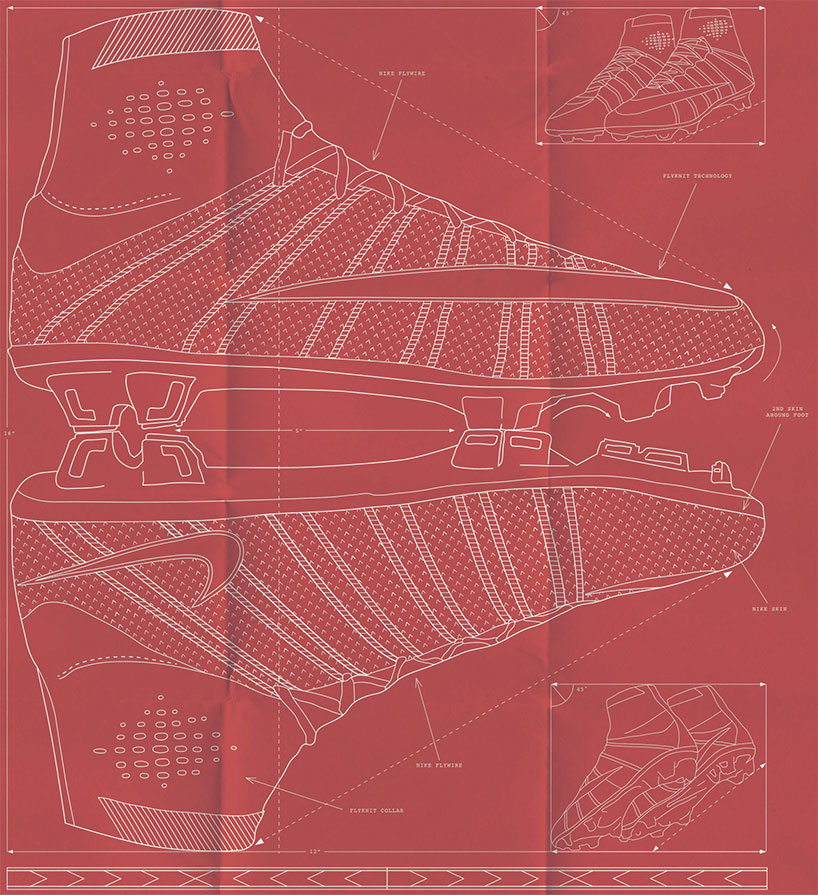 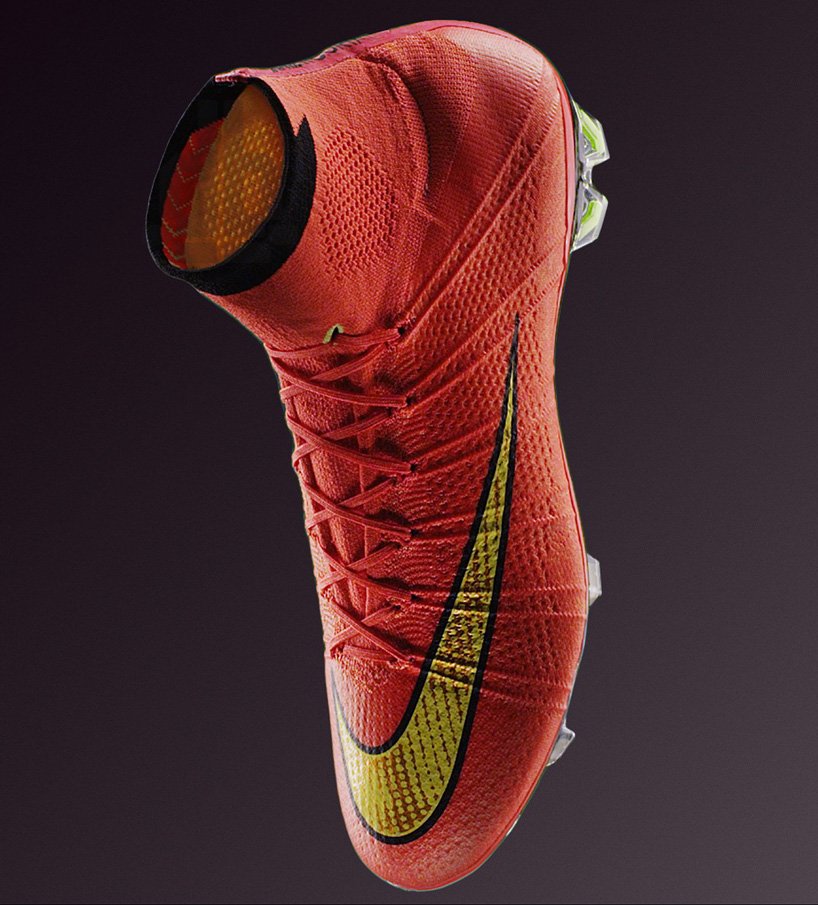 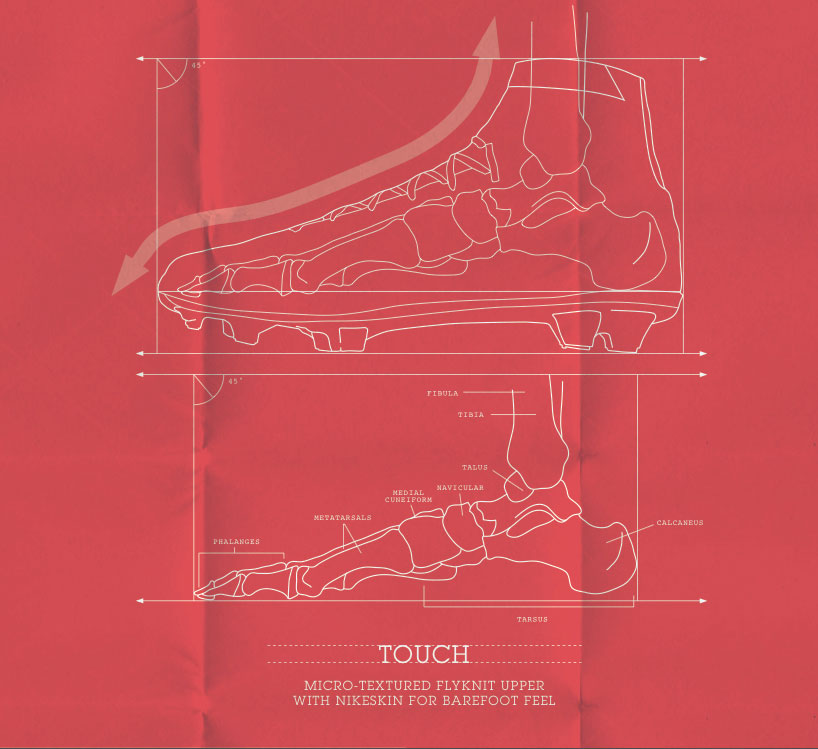 section illustrating the foot’s fit within the shoe 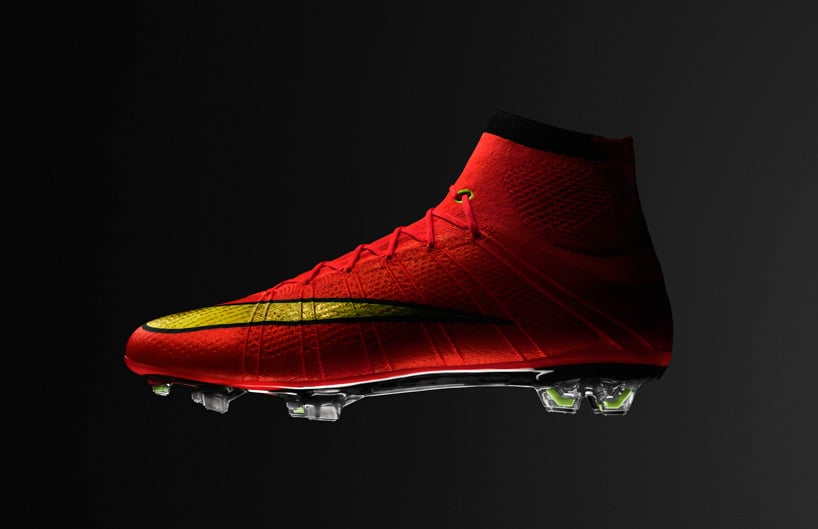 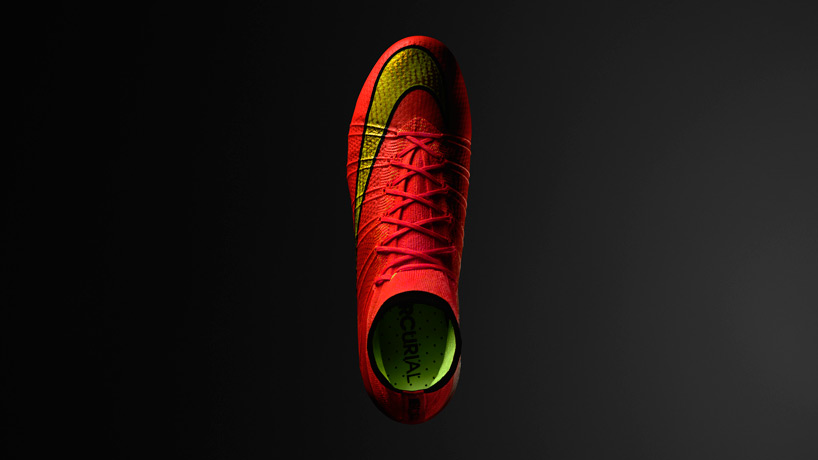 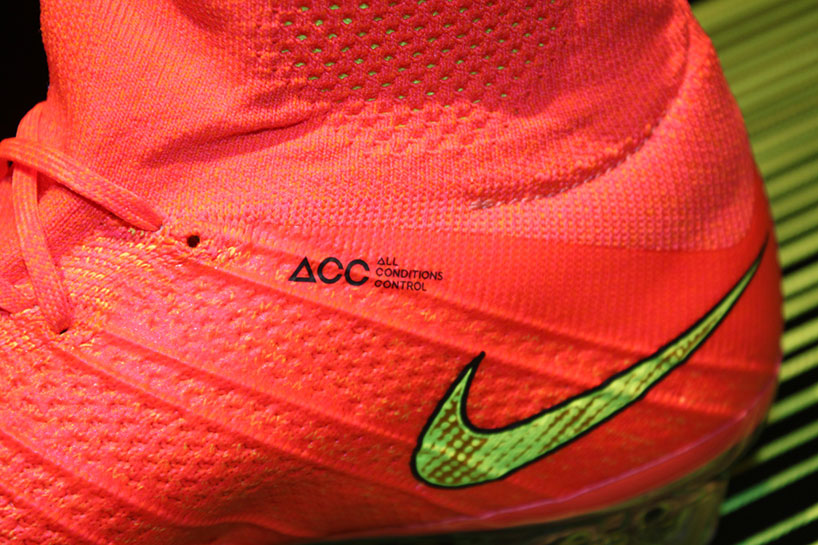 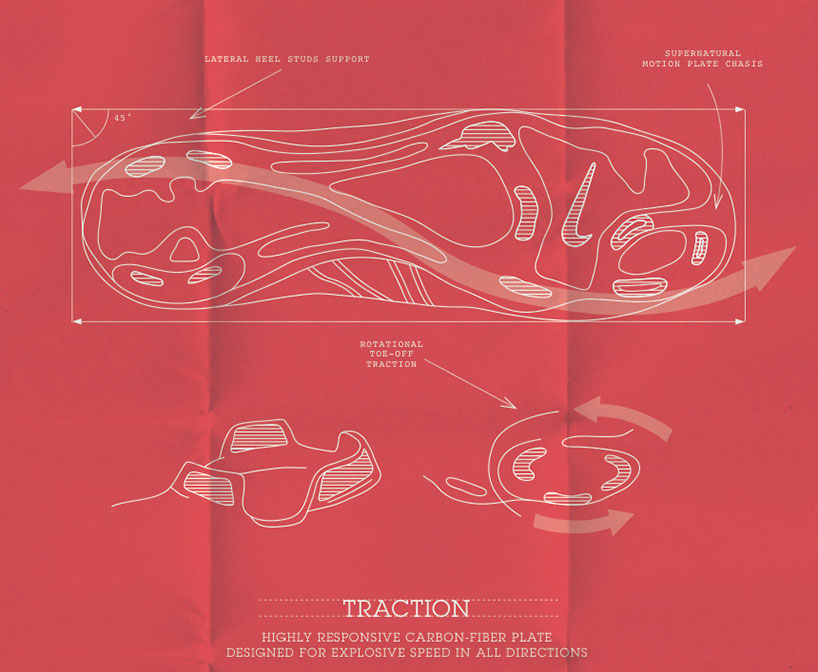 the cleats are specially designed for traction 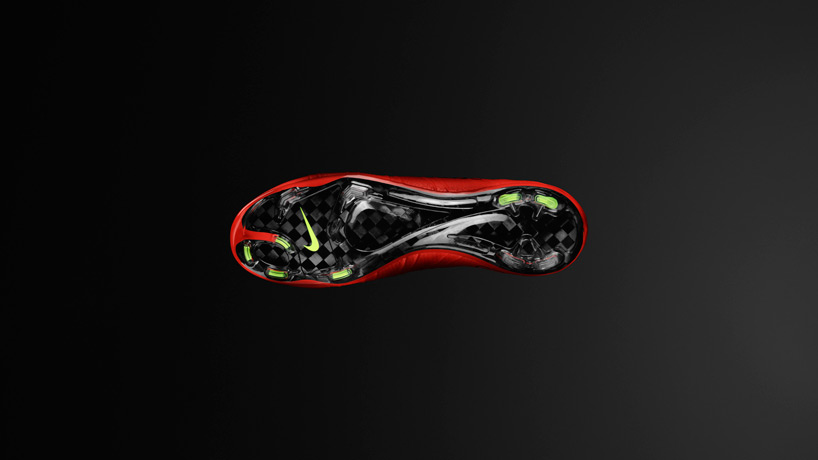 the design aids in efficiently transferring traction to the ground 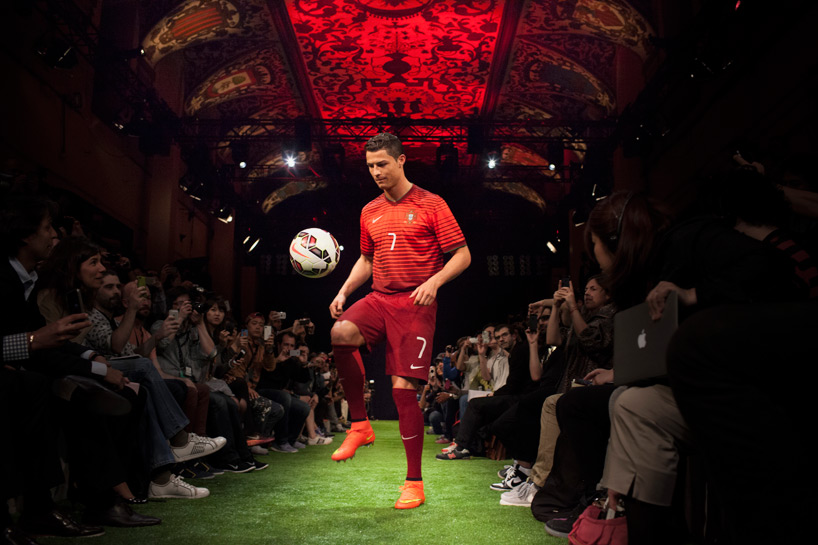