NIKE and tom sachs have revealed their latest collaboration with the NIKECRAFT transitions collection, whose highlight is a transformative poncho that packs into a slimline waist pack. developed together with jarrett reynolds, NIKE’s senior design director for apparel special projects, over the course of four years, the poncho took dozens of prototypes, countless tests and innumerable hacks, before reaching an ingenious result whose mechanics are now patent pending. 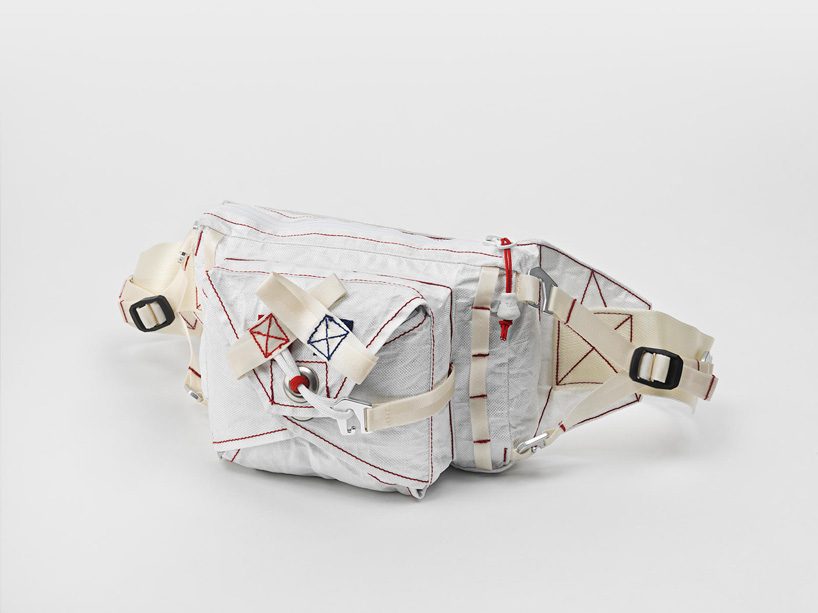 all images courtesy of NIKE and tom sachs

the idea of a slimline pack complete with a quick-deploy poncho that pulled swiftly from its carry and could be easily repacked after use was initially considered by reynolds as part of a design challenge to consider transforming apparel. ‘we used a tear-away zipper for the first incarnation. it allowed for the explosion — the forceful billowing that allowed the wearer to quickly get into the poncho — but it was really difficult to set up,’ says the designer, who worked on prototypes of the poncho for about two years before reaching out to frequent NIKE collaborator, tom sachs. 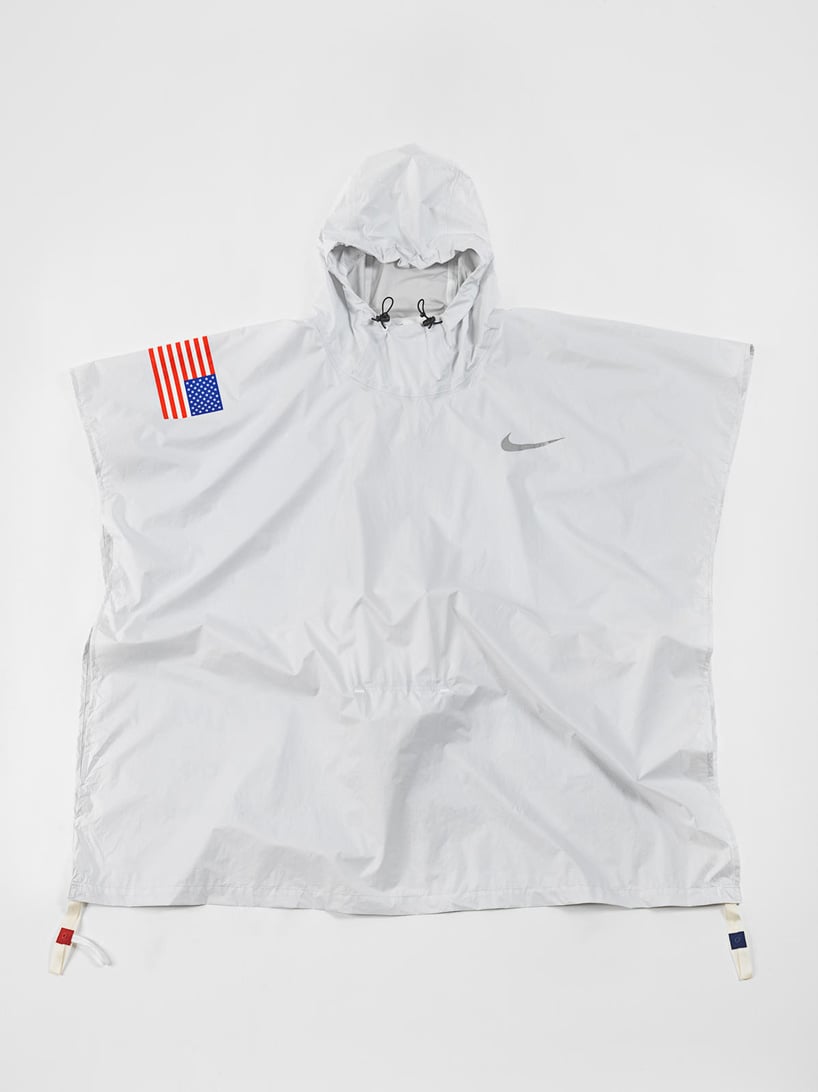 through a collaborative, inventive exercise with the artist, the NIKECRAFT transitions collection came into being, which also includes the mars yard overshoe, a pair down shorts, and a cap. the poncho, which is the collection’s highlight incorporates materials ranging from dyneema®️ (the same super-strong fiber used on the mars yard overshoe) for the trinity case behind the poncho, to ceramic beads created by sachs’ studio. a fidlock buckle ensures ease of use for the waist strap, and the poncho itself was prepared from a three-layer waterproof and breathable fabric that allowed for minimal size with maximum coverage. bold printing on the back of the garment proudly announces the location of manufacture: vietnam.

‘the ideas in this collection — transparency of materials and of construction — are very well reflected, and I’m really honored by this body of work. they have the same value and integrity of the sculptures that I make in the studio,’ says sachs. 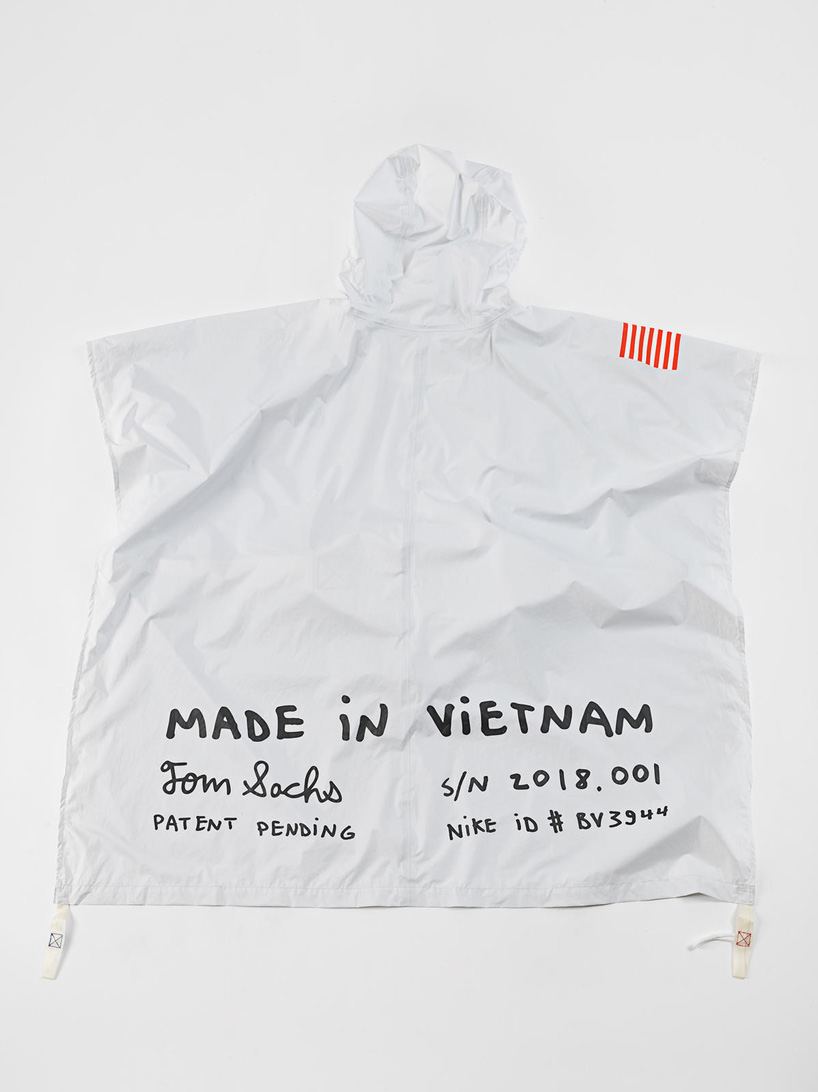 the NIKECRAFT transitions collection will launch 27 april in japan to coincide with sachs’ tea ceremony exhibition at tokyo opera city art gallery, while a global release will follow after. 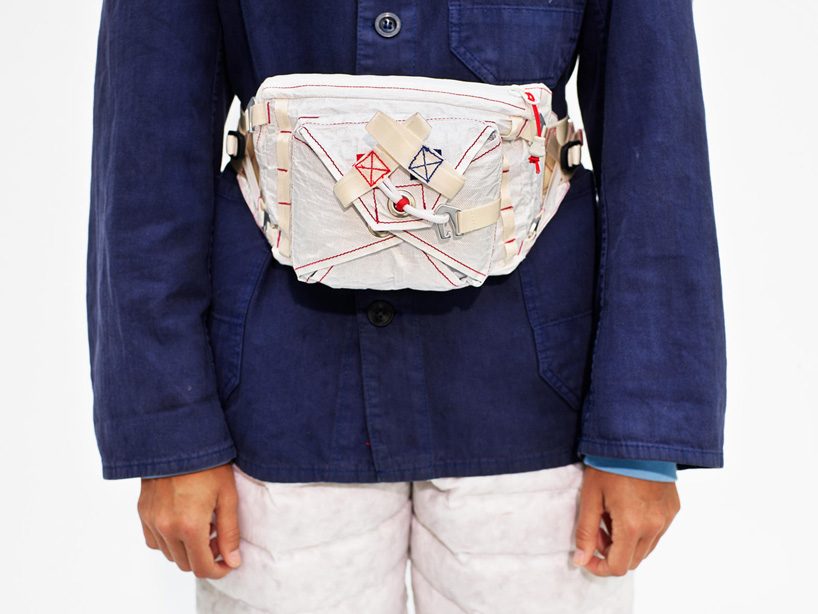 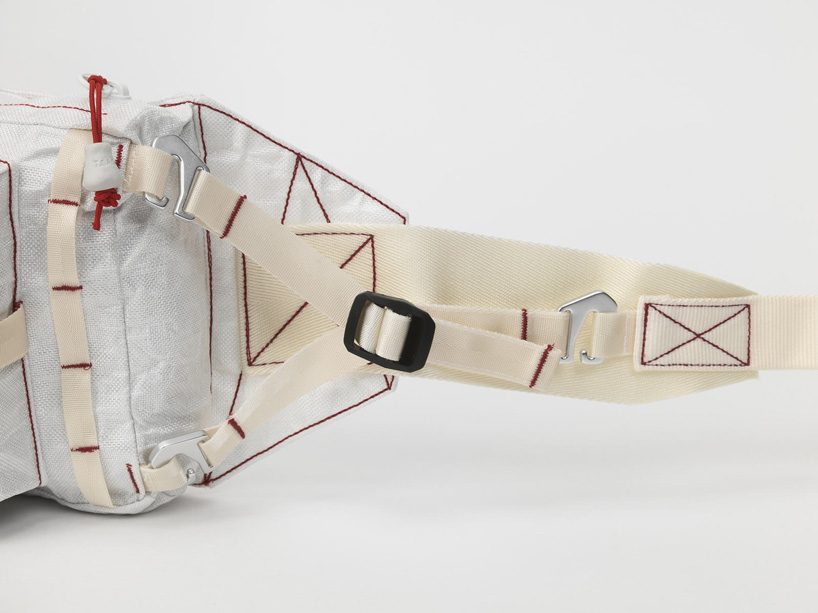 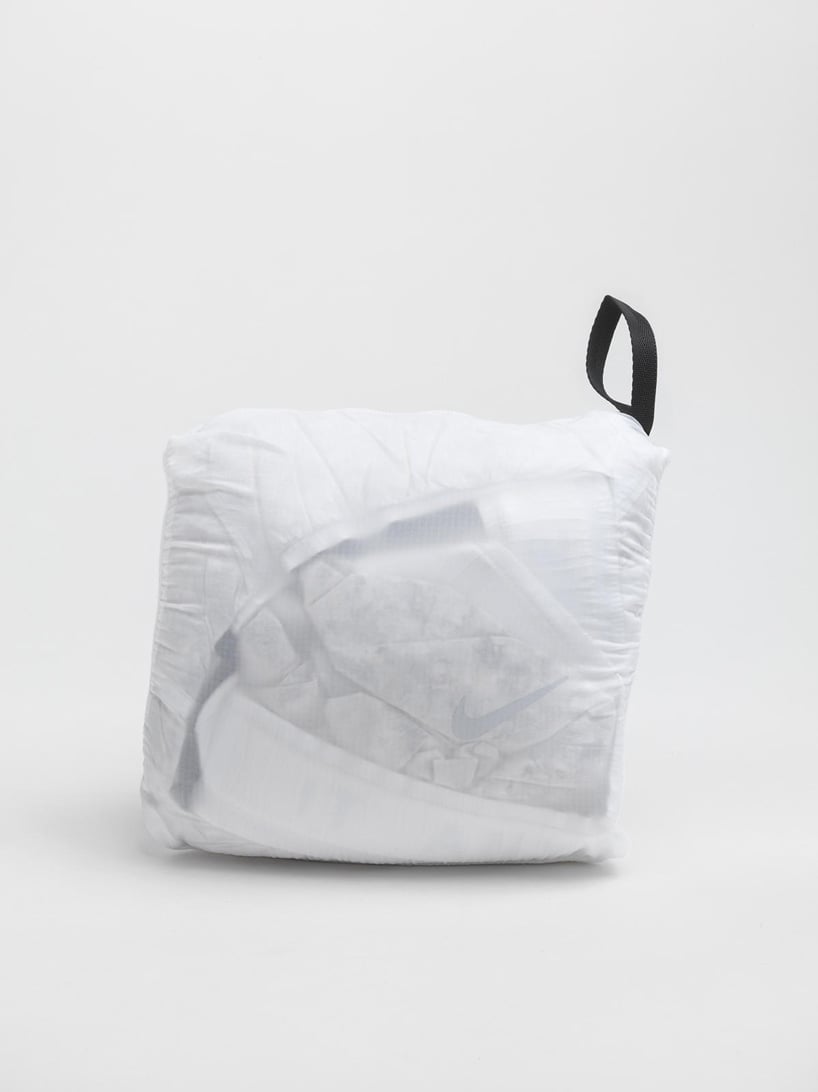 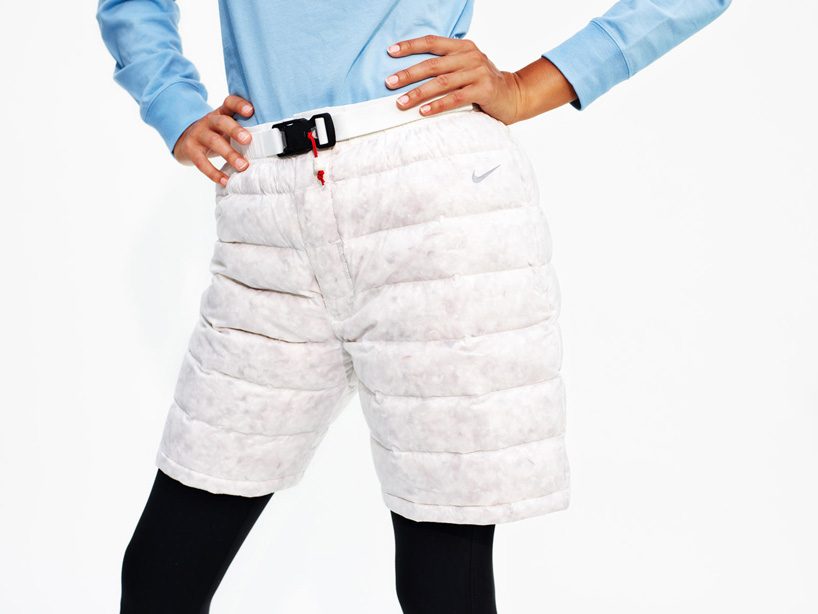 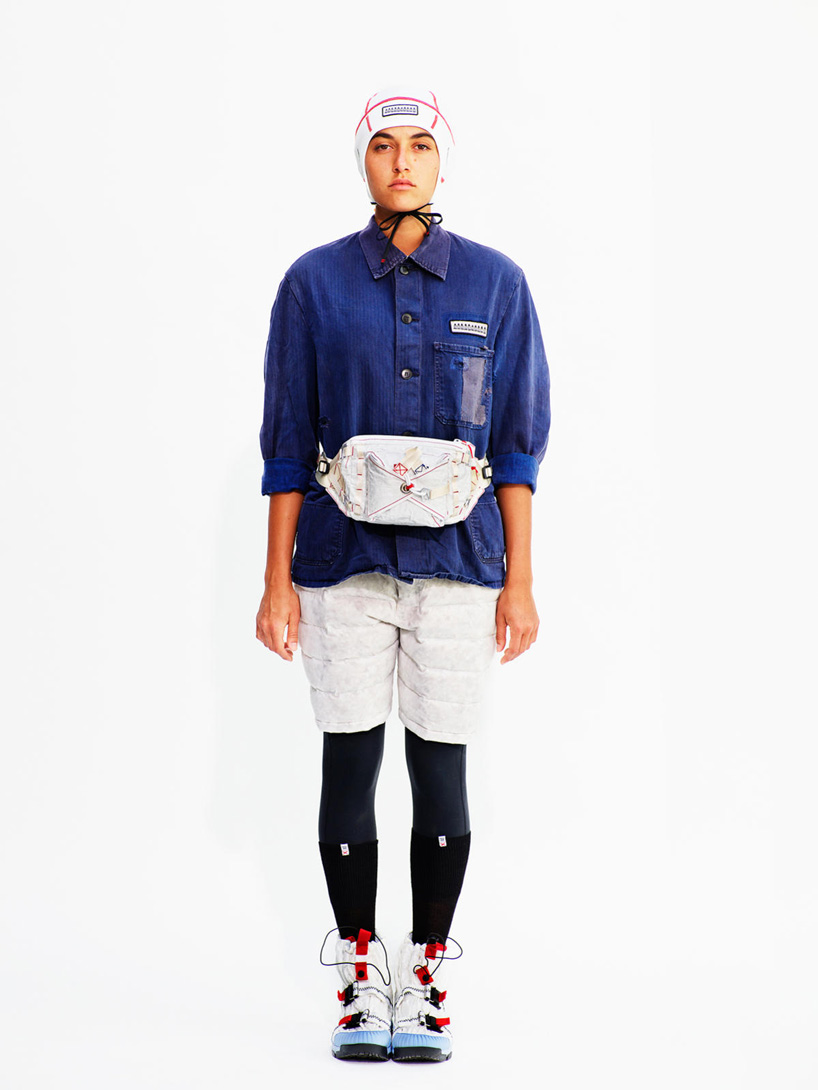 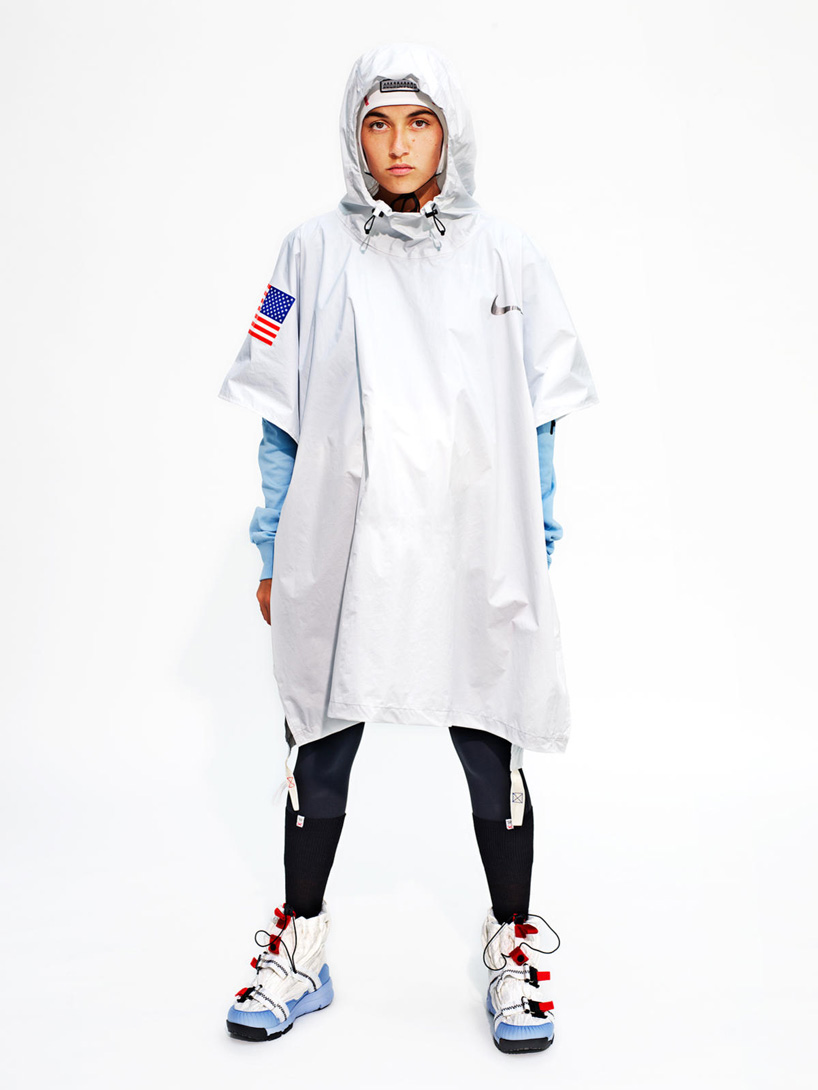 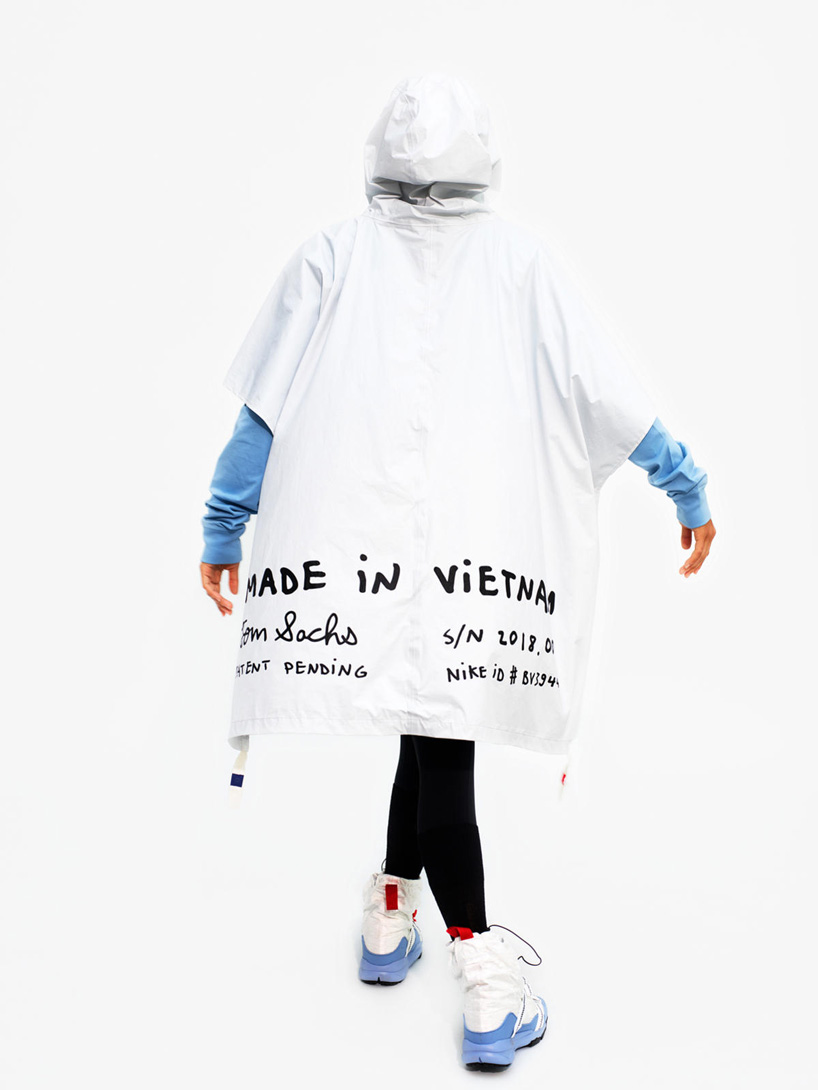 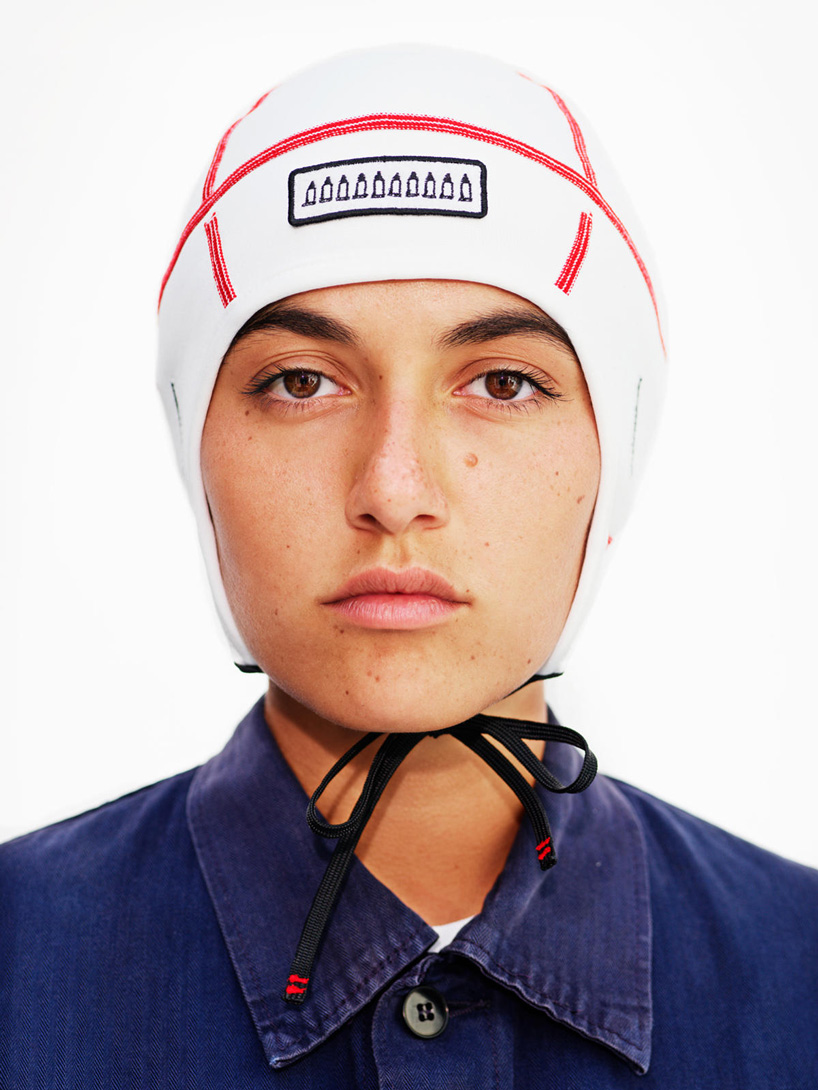 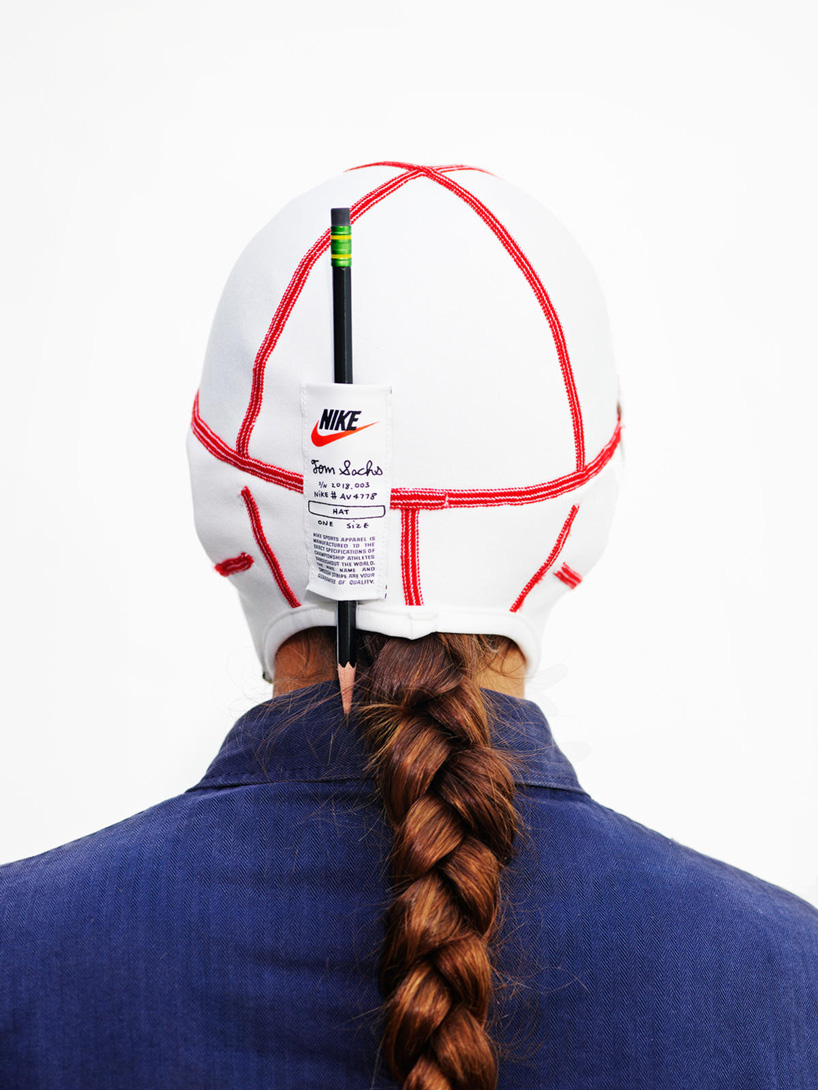 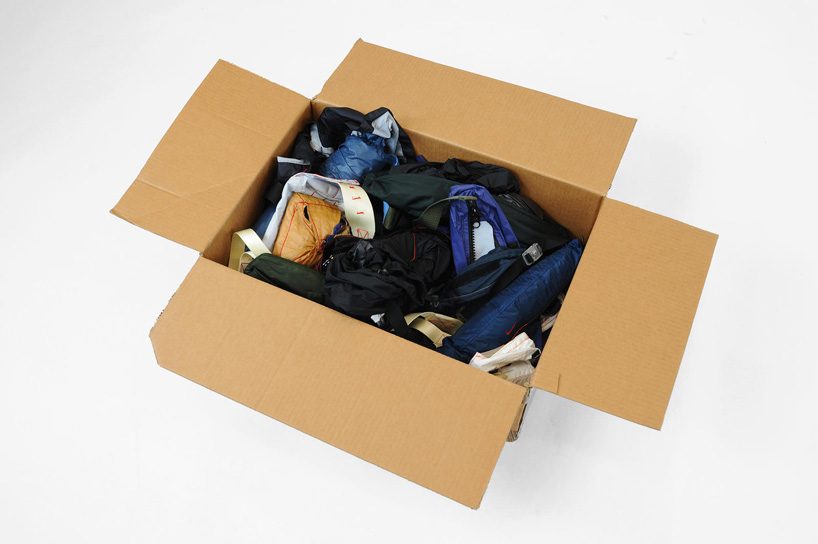 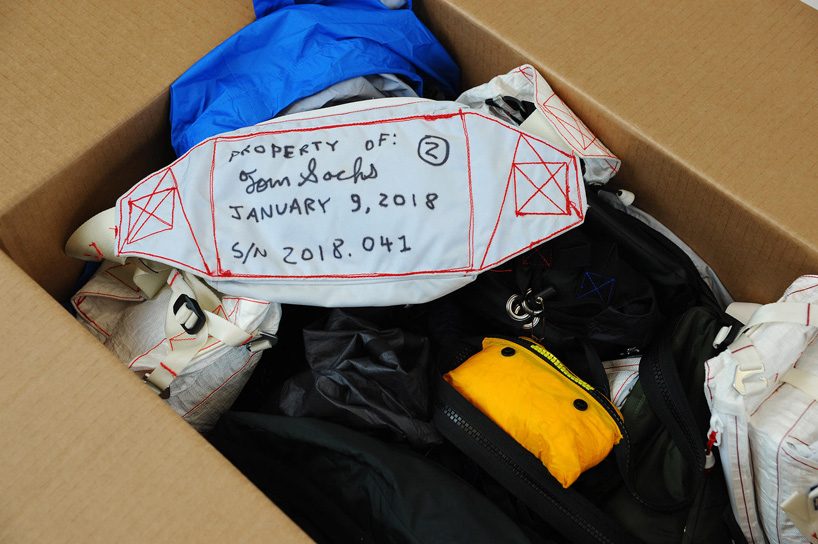 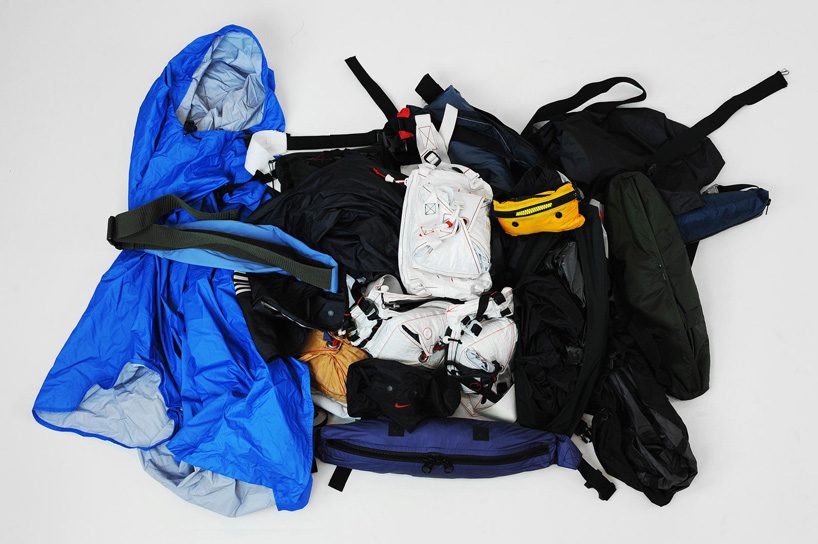 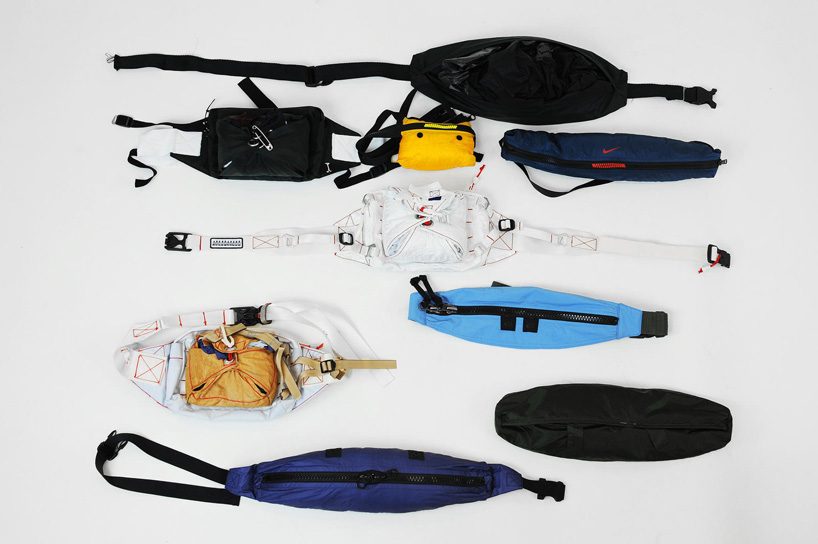 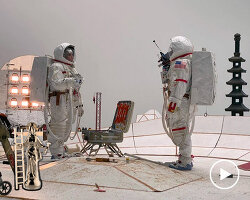