this campaign by NIKE titled you can’t stop us celebrates sport and the commonalities shared by athletes around the world. narrated by megan rapinoe, the split-screen film details 36 pairs of athletes and relates the kinetic movement of one sport to another. 24 sports, 53 athletes and 72 sequences merge movement in a tremendous video editing effort.

images and video by NIKE

throughout its 90 seconds, the you can’t stop us ad created by wieden + kennedy for NIKE positions clips hand-picked from a more than 4,000-piece archive side-by-side, resulting in a complete frame that looks as if it was one shot. the editing of the film adds to the video’s message which states that nothing can stop what we can do together.’ 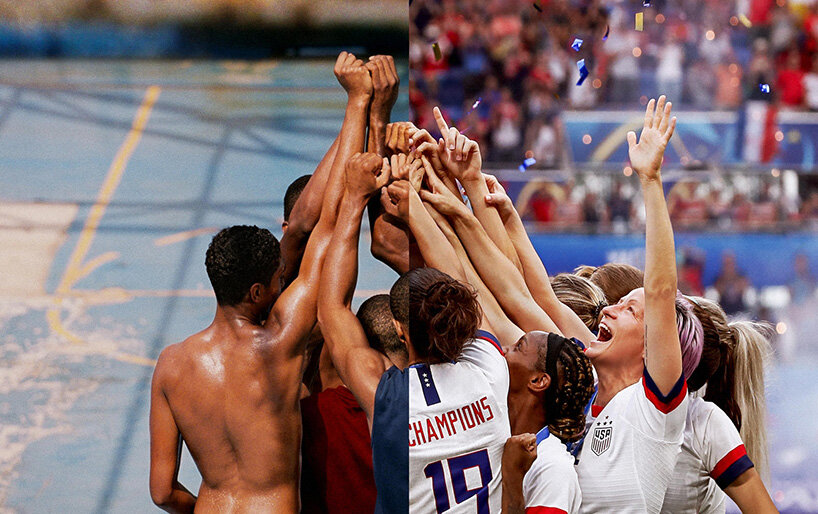 in pandemic times, where gyms have been closed and stadiums remain empty, athletes have kept moving and have used their platforms to help create change. featuring megan rapinoe, lebron james, naomi osaka, eliud kipchoge, caster semenya, cristiano ronaldo, giannis antetokounmpo, serena williams, colin kaepernick and kylian mbappé, the athletes come together to say that ‘… no matter how hard it gets, we will always come back stronger.’

‘players may be back on the pitch, but we are not going back to an old normal. we need to continue to reimagine this world and make it better,’ said rapinoe. ‘we have all these people in the streets, using their voices, and those voices are being heard. i ask people to be energized by this moment and not let up. i believe it’s everybody’s responsibility to advocate for change.’

May 11, 2021
NIKE's latest campaign 'play new' encourages those who suck at sports
wieden+kennedy teams up with duolingo to create toilet roll for those with no time to learn