hamburg-based designer nils ferber has developed ‘EX’, a vehicle that is powered by two 18-volt-screwdrivers as engines. these screwdrivers run in the same direction in order that they produce the maximum power possible, with overrunning clutch gearwheels used to transmit the torque. it has the capacity to go up to 30 km/h 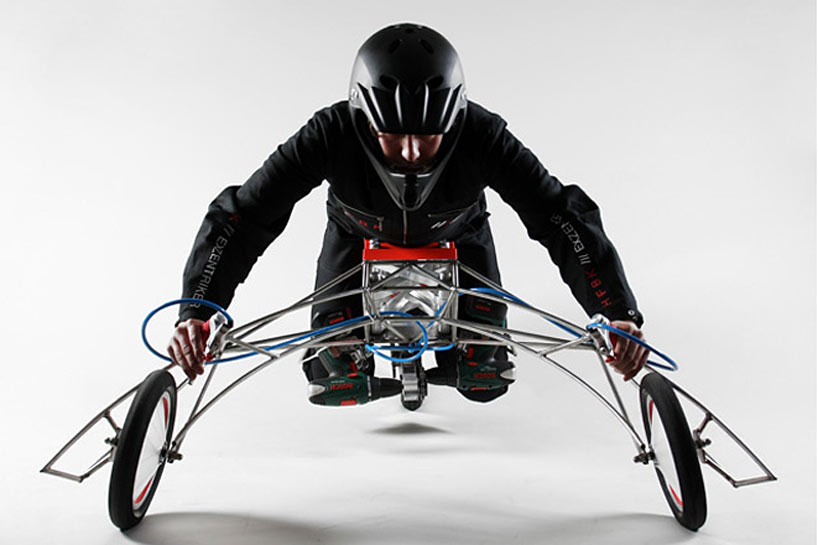 the driver is positioned headlong over the vehicle

the driver is positioned headlong on the three-wheeled vehicle with arms sprawled. in order to steer – tilt and bend – the vehicle, one must use their entire body to manoeuvre themselves, different than holding a steering wheel or handle bar. 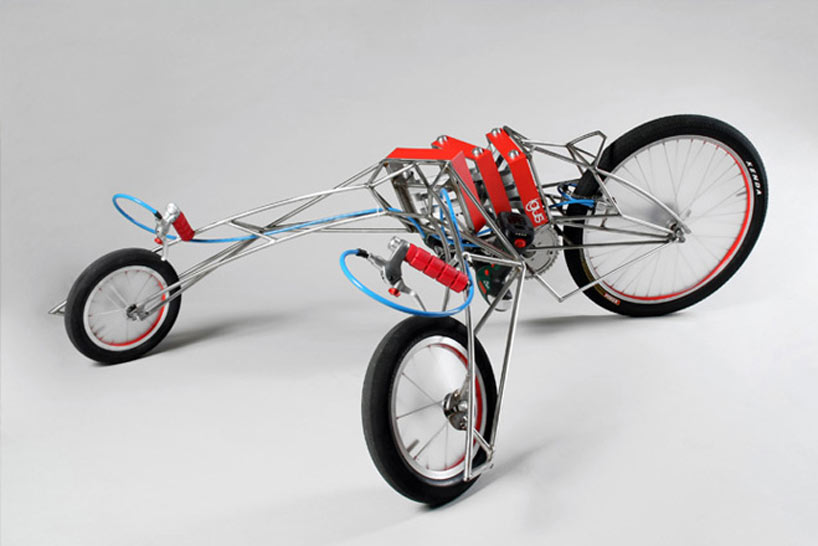 the individual parts of the vehicle are CNC milled, while modified bicycle parts are used for a majority of its drive components. aesthetically, instead of hiding the mechanical parts of ‘EX’ under a shell, all is left exposed, displaying how the vehicle works. 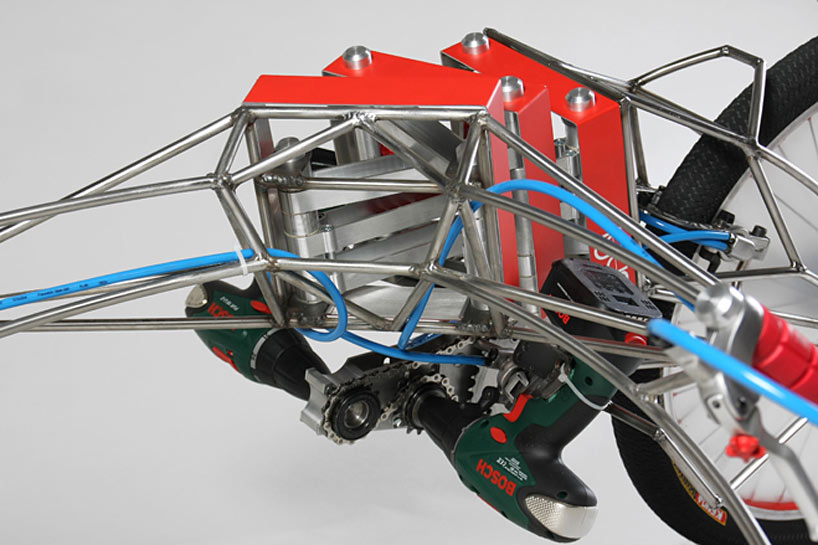 detail of the joint parts and screwdrivers

‘EX’ is designed and built in collaboration with sebastian auray, ruben faber and ludolf von oldershausen. 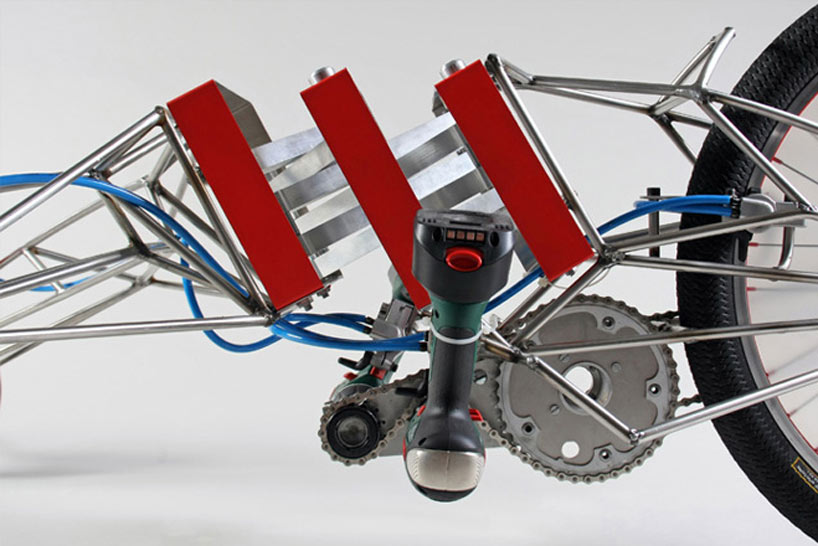 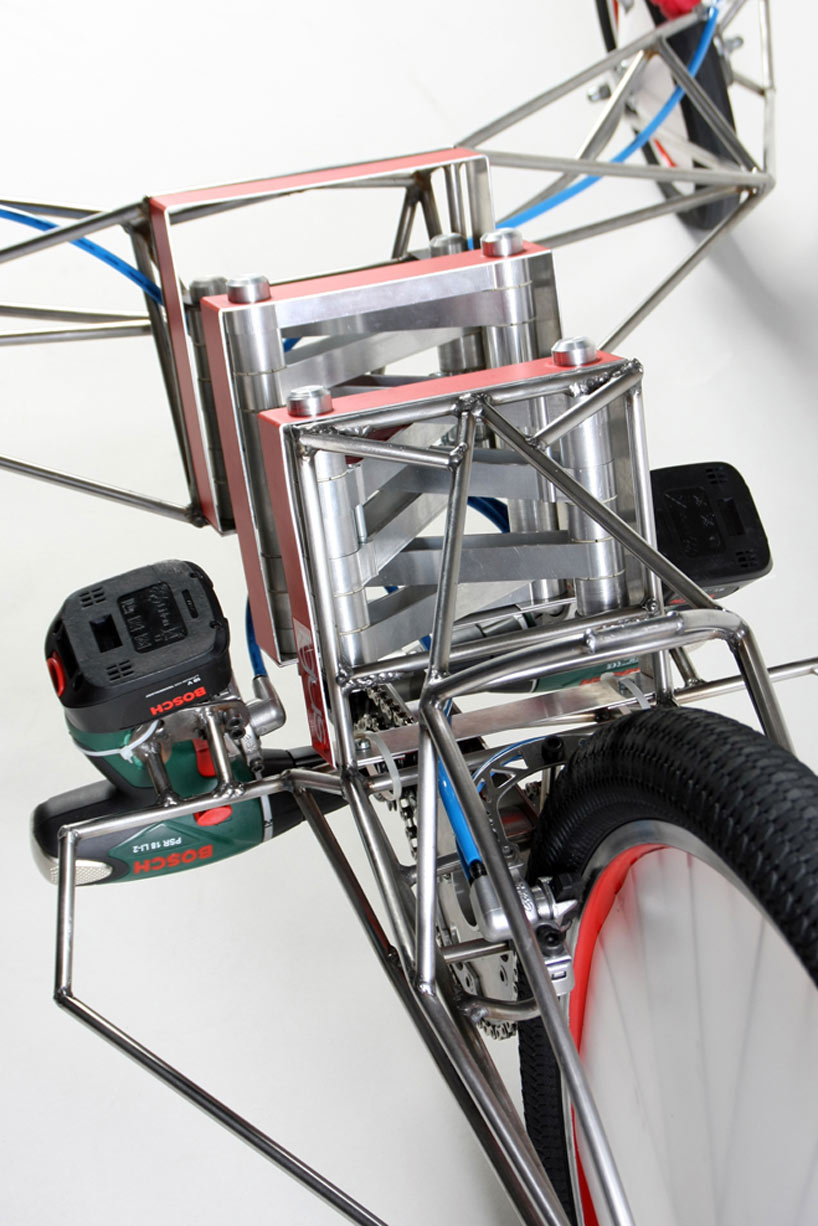 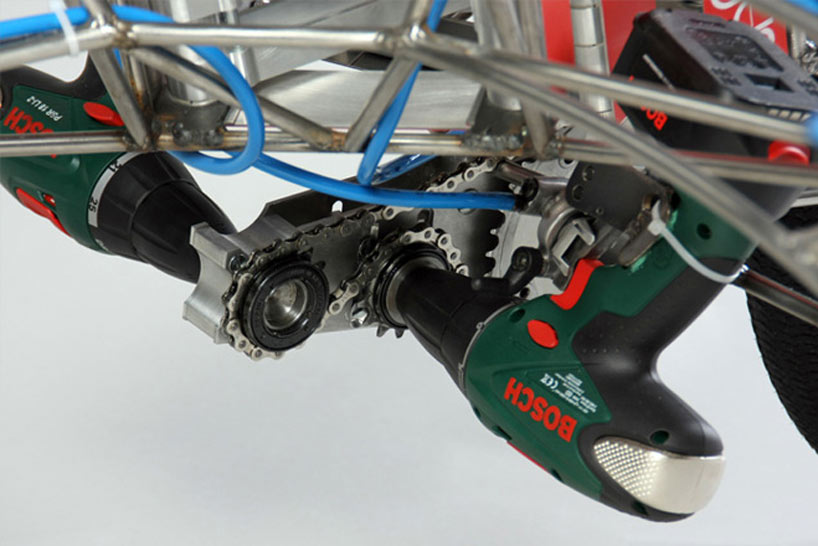 here is a look at some of the process work that took place in the development of ‘EX’: 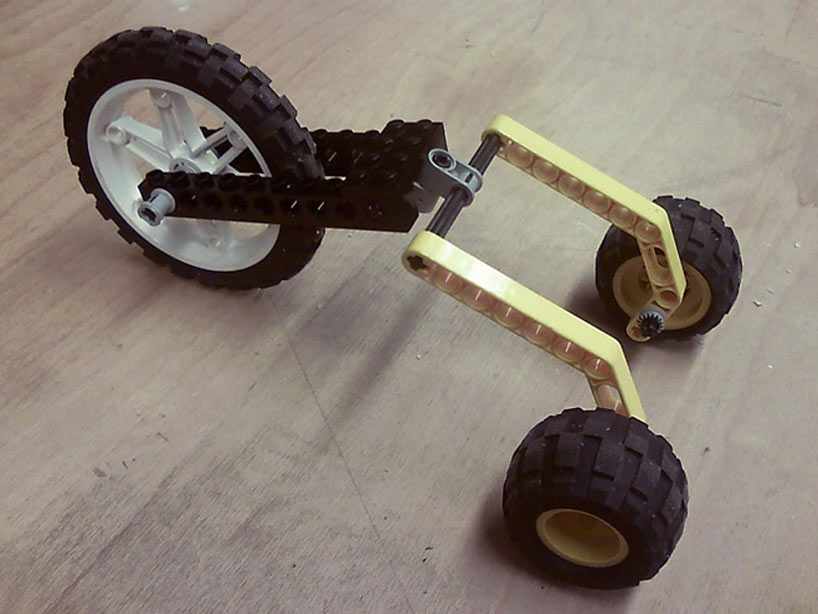 LEGO was a useful tool in the first stages of the project, allowing ferber to play around with various steering mechanisms 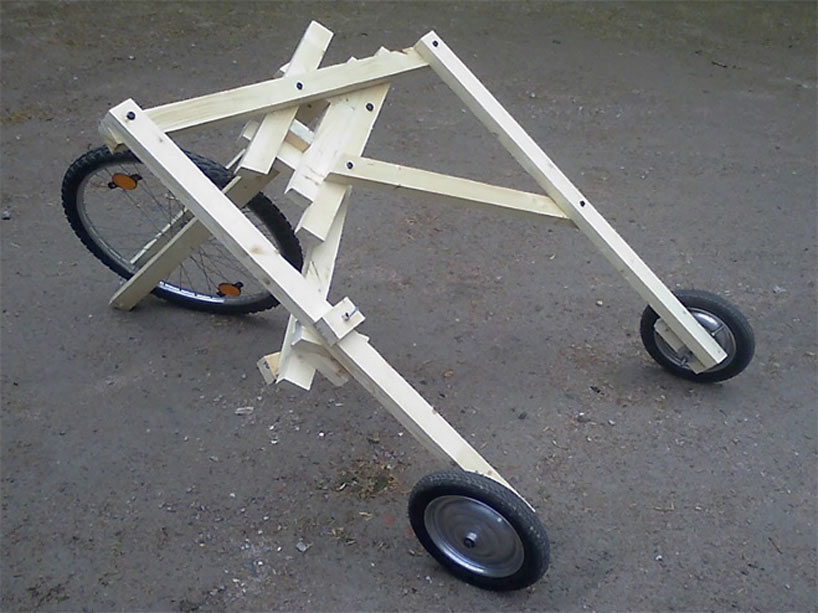 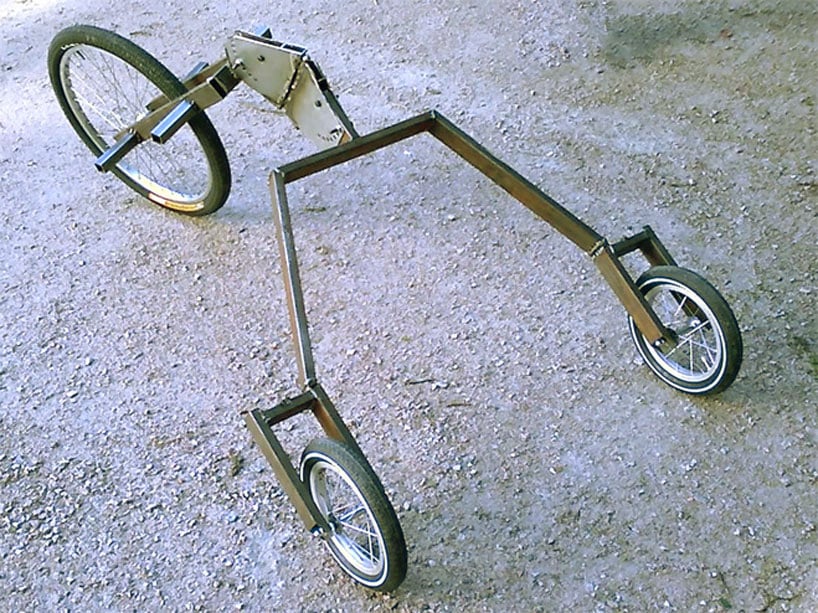 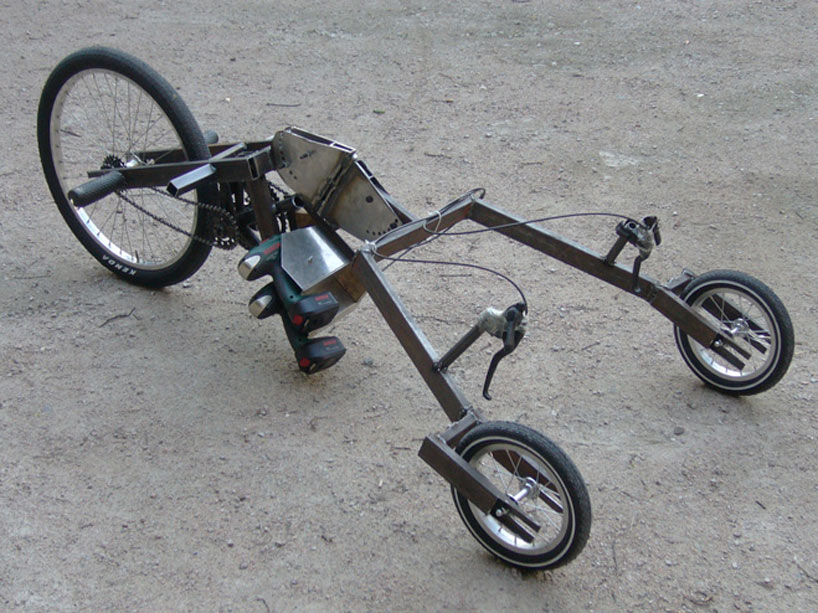 scale model in which mechanical components were attached and modified 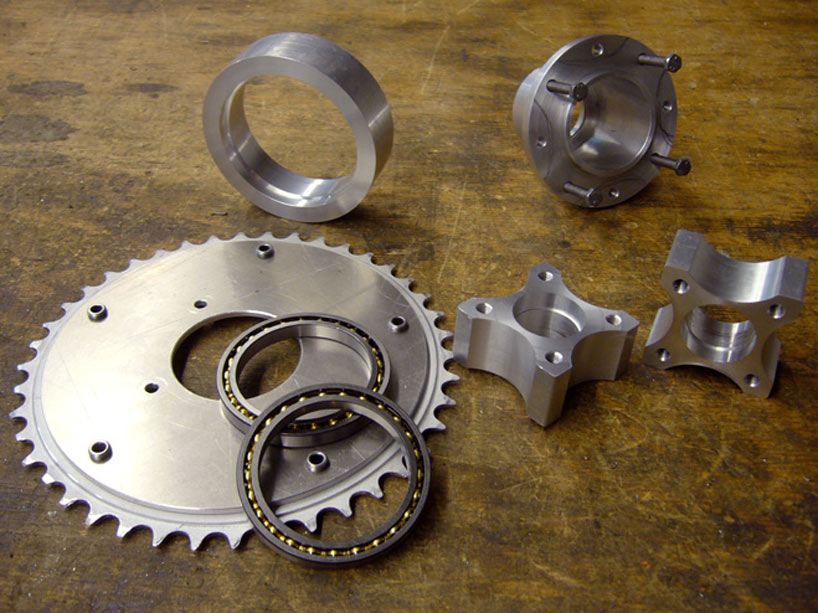 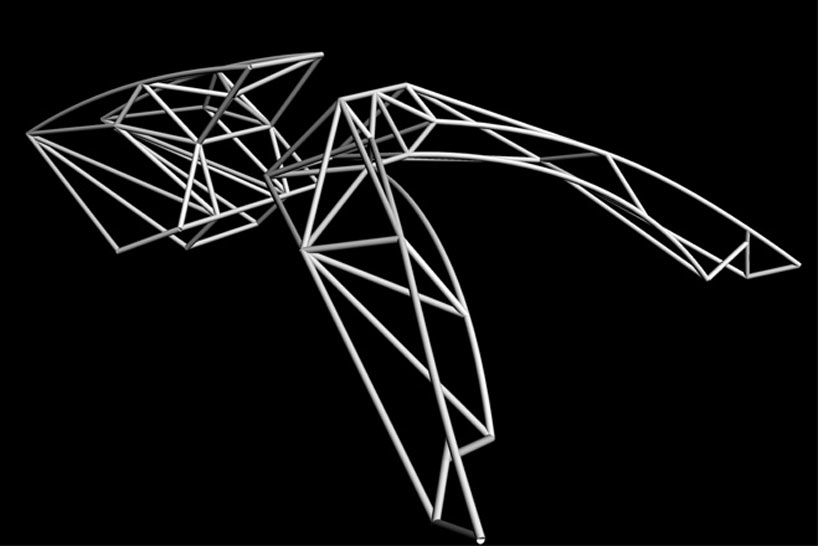 CAD drawing of the frame model 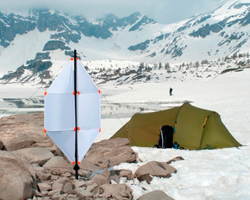