a creative mix of rare components and modern electronics, ‘nixoid’, ‘glower’ and ‘era’ are nixie tube watches, which use IN-16, IV-9, and IV-3a tubes to display digits. the designers have developed special technologies for each model to add innovative features to the retro look. 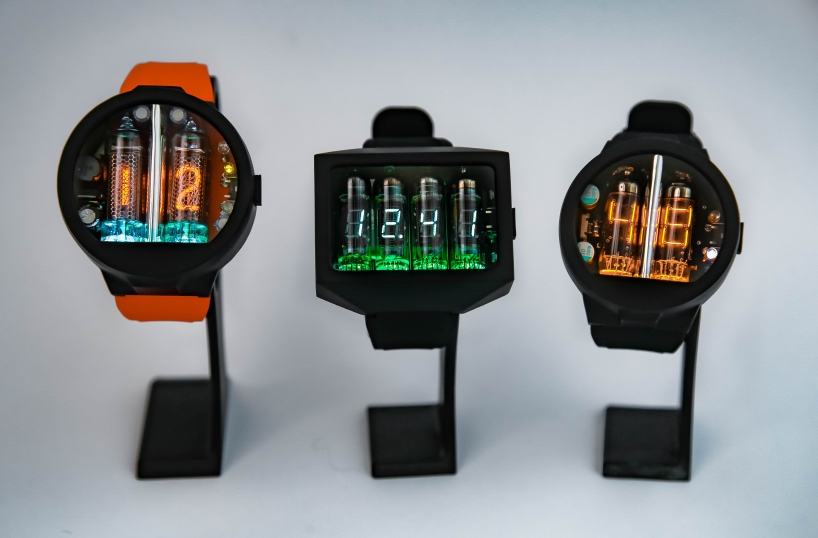 specifically for the nixoid piece, the designers have developed an algorithm for synchronous ignition of lamps and anti-poisoning of cathodes, so the resource of the tube indicators increase several times and the appearance of the figures becomes very beautiful. nixoid high voltage generation system has a power reserve of 3.57 times — it is very reliable.

glower uses IV-9 numitron tubes — small filaments glow in nos gas making the watch look very futuristic. glower watches use narrowly specialized microcircuits for controlling the filaments in the tubes, which make it possible to simplify the clock circuit and reduce the current consumption. the designers added battery percentage to the menu — press the button and you will see the information about the charge level. 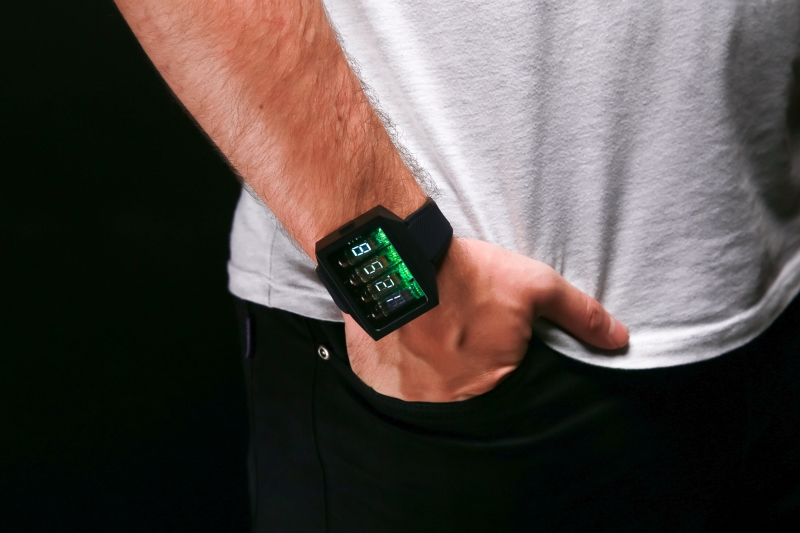 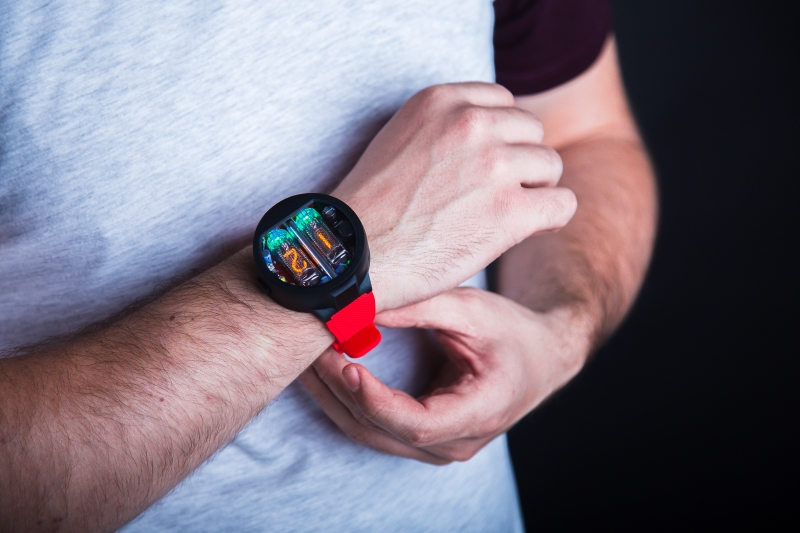 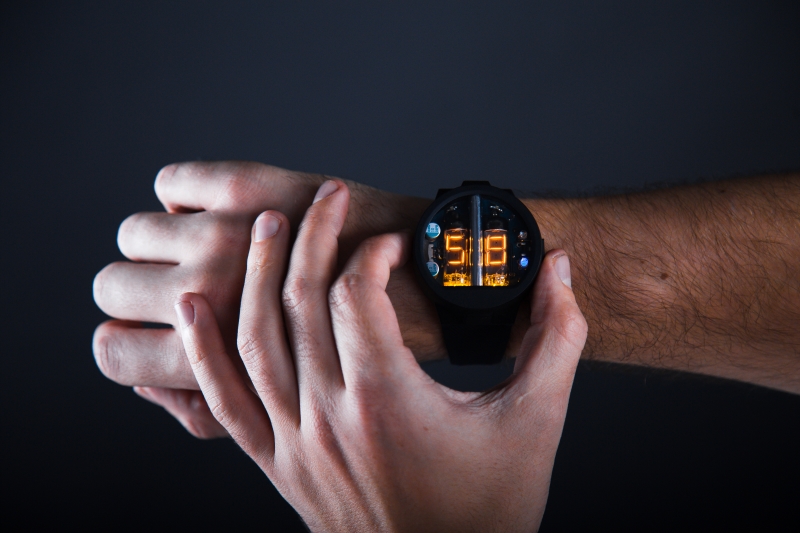 the designers have started an indiegogo campaign which allows you to pre-order the models for the price starting $195 for glower watch and still has a month left to go.