the french NOCC design studio imagined a scenario in which traditional pieces of furniture would have endured some kindof radiation; where their genes would have mutated ‘radiation collection’ this experimentation has created adaptations comparable to the ones observed in nature’s species, resulting -in the long run- to evolution. the purpose of this collection is to explore the utilitarian possibilities of changes in the traditional shapes of furniture, as we know them archetypically. 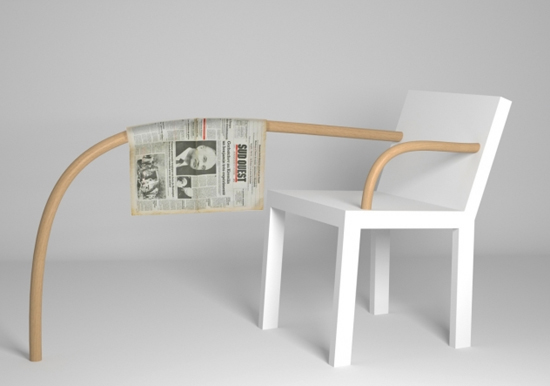 the hypertrophy of one extended armrest complements the use of the chair as a functional object (the chair can then be used as a newspaper rack, coat hanger, etc…) 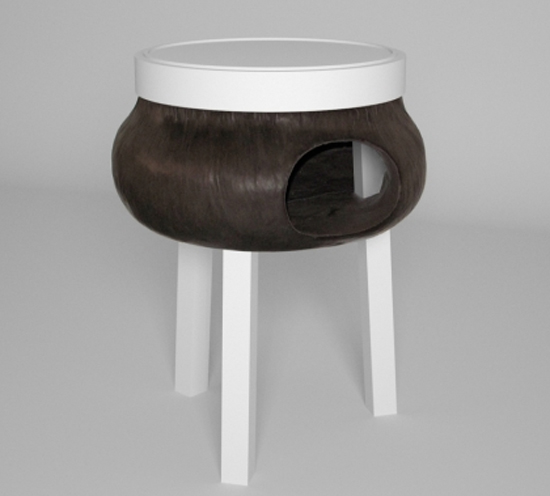 the ‘outgrowth’ on the table offers additional storage space.

the next generation of these pieces would then manifest the mutations. the designers came up with many versions of possible mutants: 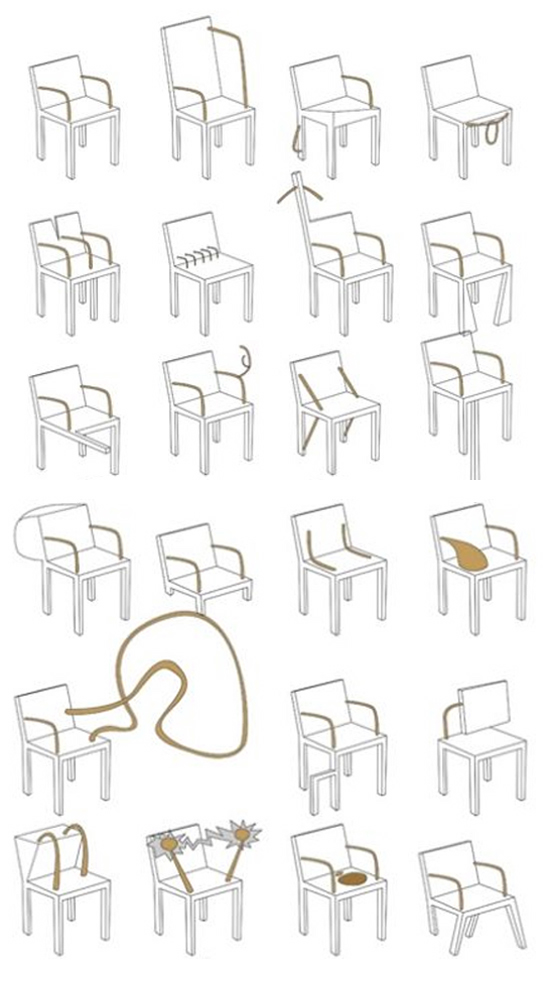 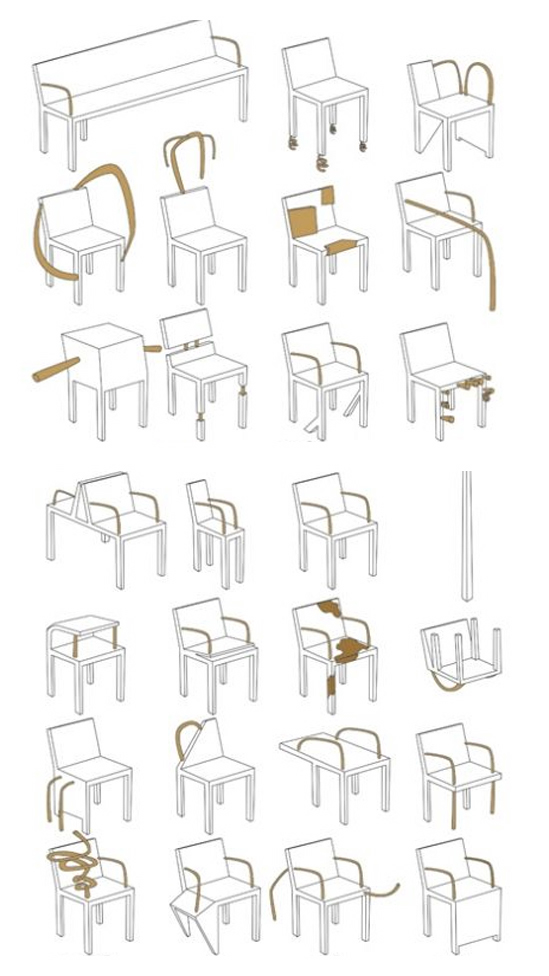 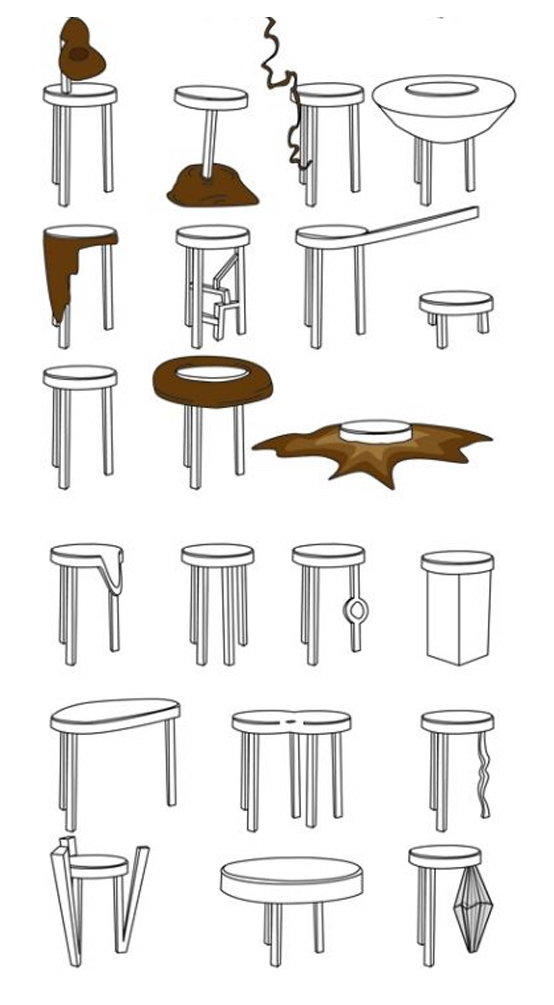 NOCC is a paris based design studio formed by juan pablo naranjo and jean-christophe orthlieb. they exhibited at ‘talent à la carte’ at maison et objet 2010 in paris. 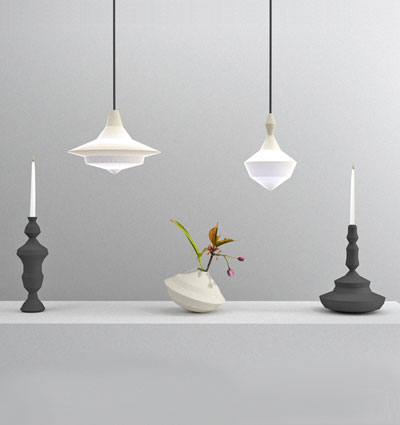