the structural system of the ‘NV01’ modular bookshelf features identical square elementary modules whose varying angles nestle into each other, allowing you to build your shelving unit upwards and outwards, depending on the height and width of the available space. designed by the french duo noir vif (andré fontes and guillaume lehoux), the standardized parts can be easily assembled from any of their four corners, sliding into one another via runners, while also serving as graphic interest. 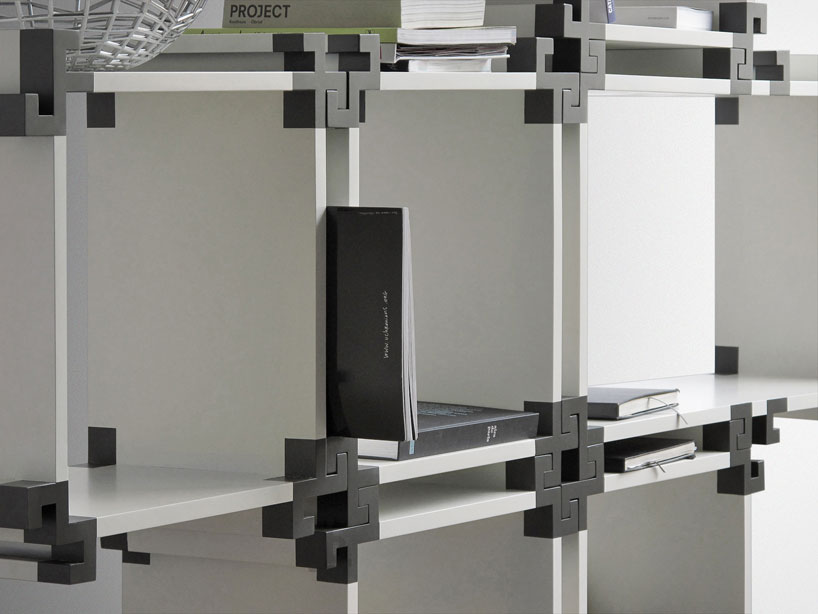 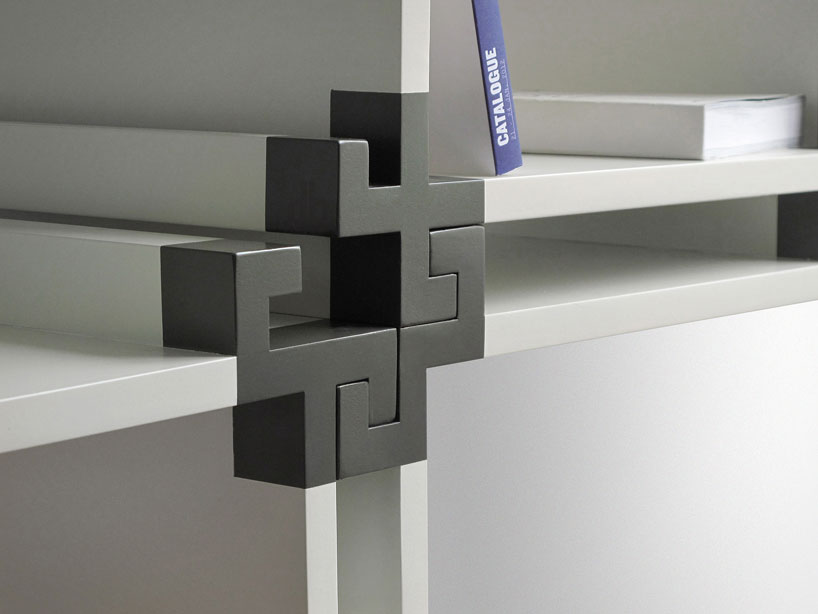 the identical modules easily slide into one another 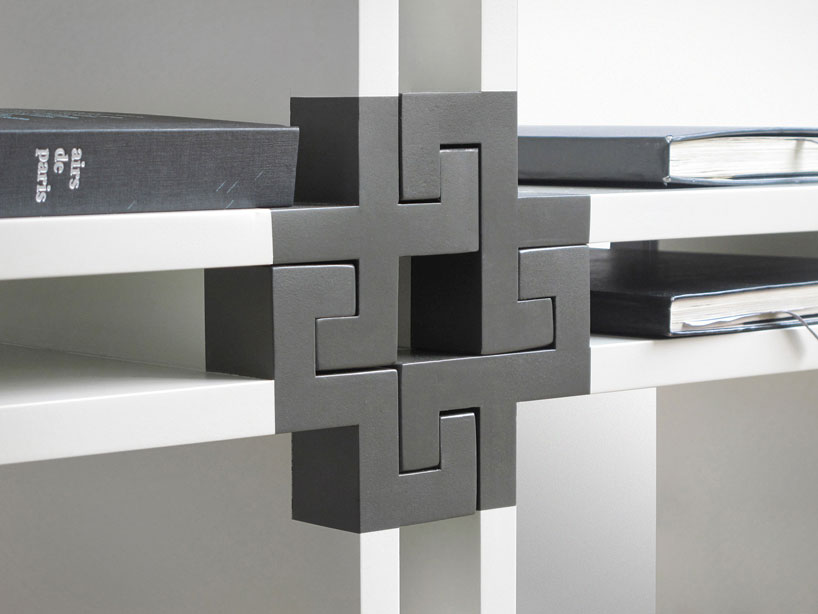 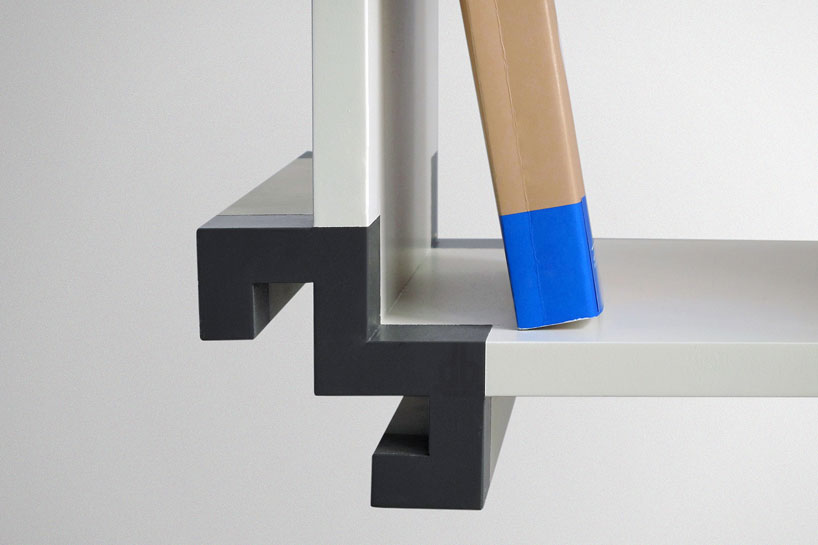 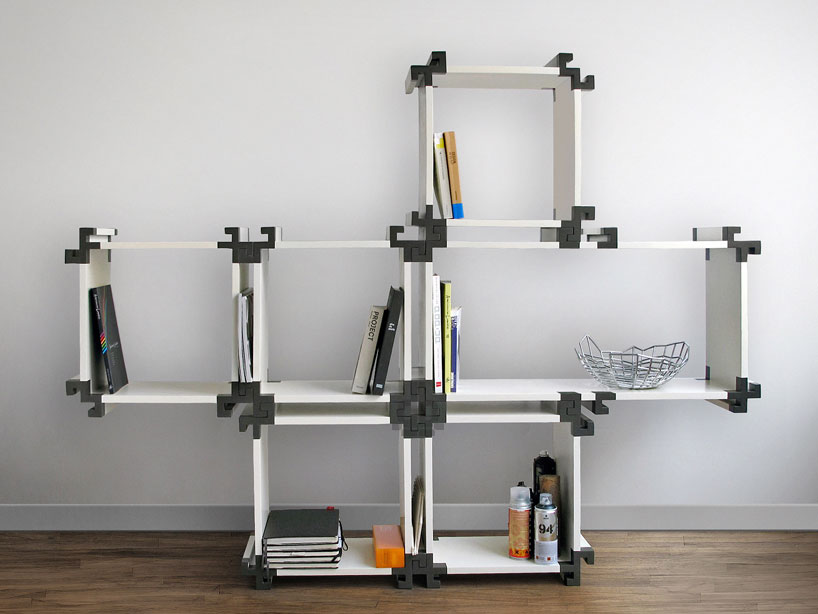 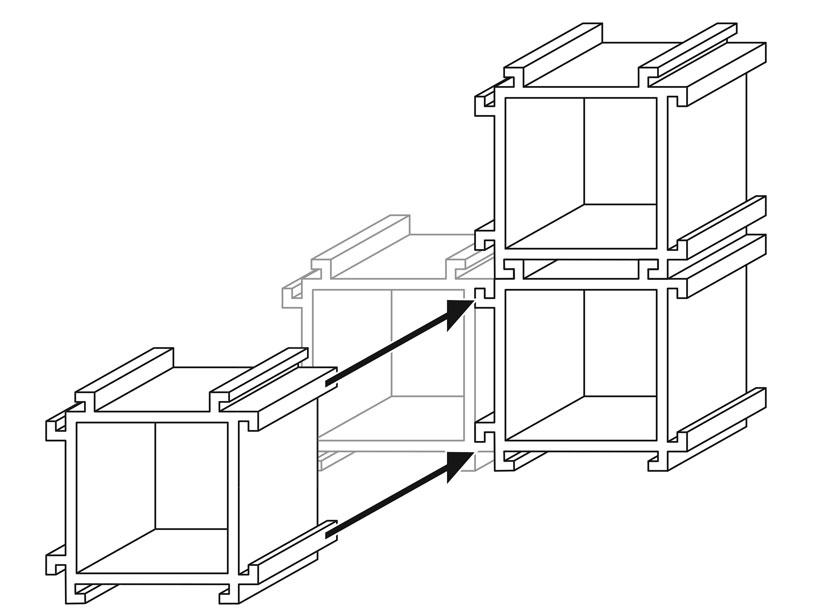 the assembly of the modules is simple to perform 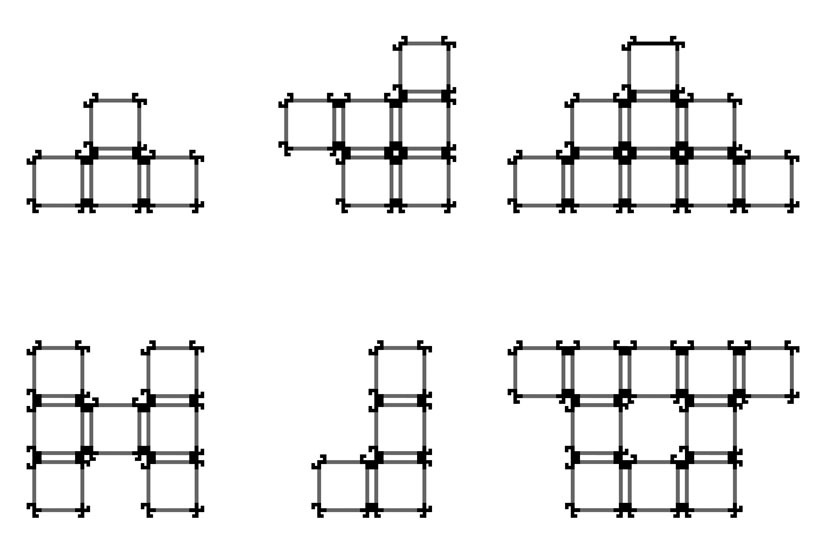 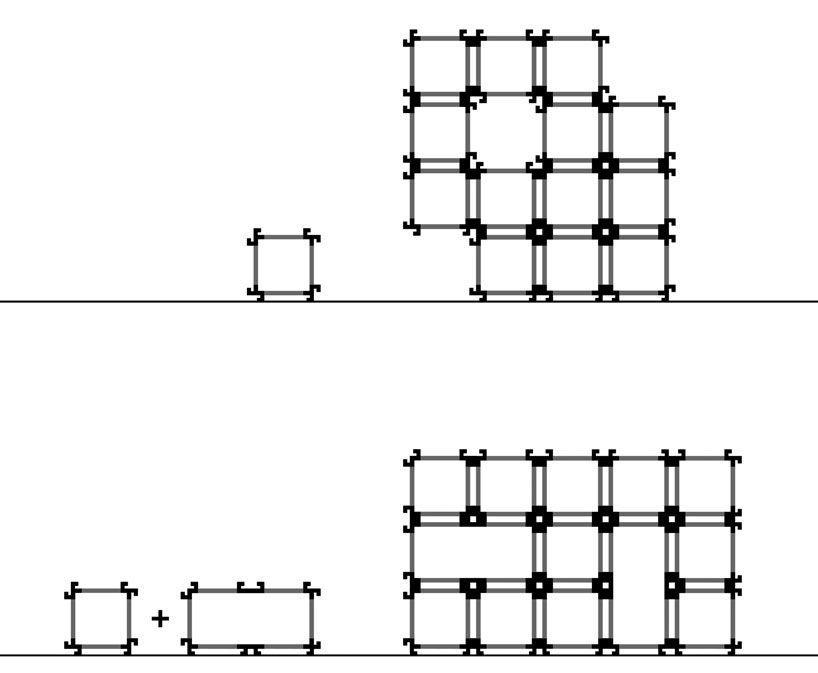