design studio NONE collective has conceived and realized the setting for the MIAC italian museum of audiovisuals and cinema, which is expected to open within the cinecittà studios in rome on december 18th, 2019. dedicated to the history of moving pictures, the new multimedia and interactive space intends to spark the imagination of visitors as they are immersed in a journey through film. 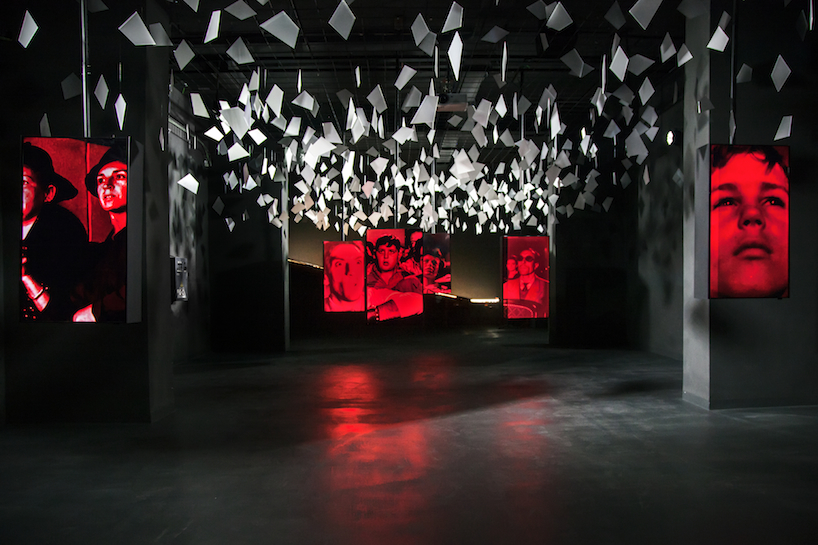 all images © cristina vatielli NONE collective

the program covers an area of almost 1200 m2 and is composed of 12 main spaces that are built within the former development and printing rooms of the historic cinecittà studios. the exhibitions take visitors on an exploration from the early days of moving pictures to present-day italian cinema using light, shape and sound. each of the 12 museum spaces are designed by NONE collective to host a particular theme, around which an immersive installation has been formed: an experience which the visitor can live and re-live each time in a different way. 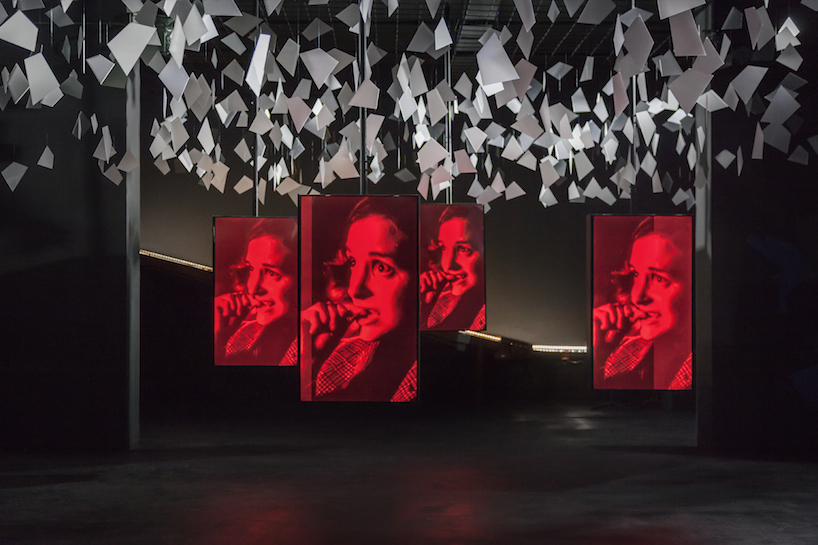 ‘we have reworked around 400 movies in an unique narrative journey, the aim of which is not that of being exclusively educational and exhaustive. we tried to stimulate the interest and curiosity of visitors so as to push them towards the discovery and better understanding of the world of italian cinema, television, and radio. technology allows us to research different narrative forms, with the use of different media and stimulating perception. it’s the evolution of the audiovisual, of a film strip or a video, that can’t replace the original media, but unites them and enriches them with new techniques and dynamics, such as the movement of the spectator and the infinite points of view, creating new modes of perception,’ explain NONE collective. 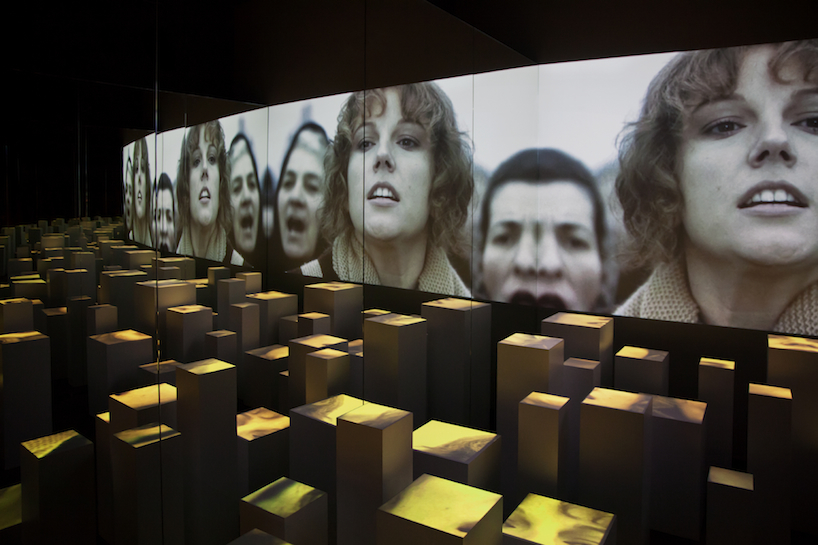 next to the 12 installations, rooms dedicated to radio and television can be found. the main axis of the museum is presented as a long volume, with the addition of a conveyor belt, which was once used for transporting film strips. however today, thanks to an interactive installation, it functions to ‘carry the thoughts of visitors.’ additionally, there is a timeline, which functions as the backbone of the museum, and narrates the history of italian audiovisuals and cinema over a 30 meters long wall. 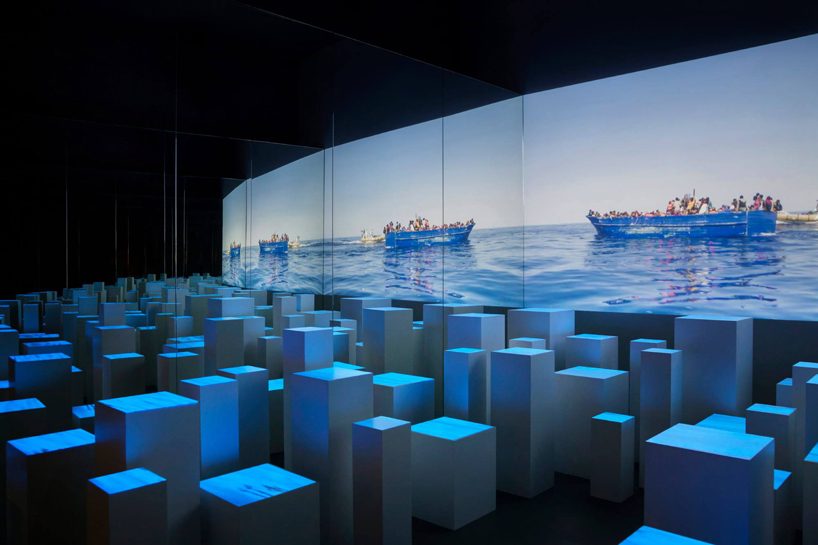 the MIAC marks the first permanent multimedia project by NONE collective: ‘a permanent multimedia museum is very different from a temporary installation, and without a doubt technological obsolescence as well as reliability in time have been central themes in the entire process of the creation of MIAC.’ with the main objective of facilitating its management, the team has designed a technological system to inspect, monitor and update each device remotely, ensuring the installations run smoothly. 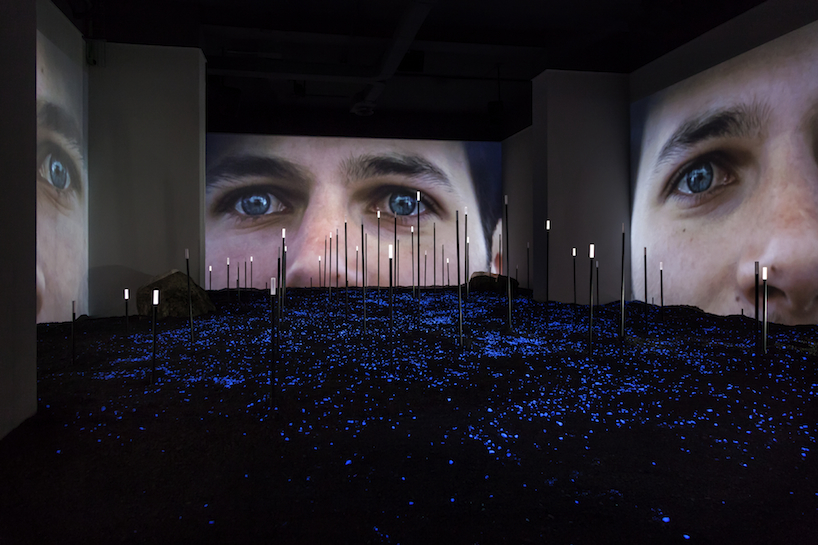 the MIAC was commissioned and financed by the ministry of cultural heritage and tourism. the project, which was the winner of a competition issued by the luce-cinecittà institute in 2018, aims to rekindle the imagination of the public, to reread the history of cinema, of television and radio through new codes, traversing the past and opening new doors towards the future. 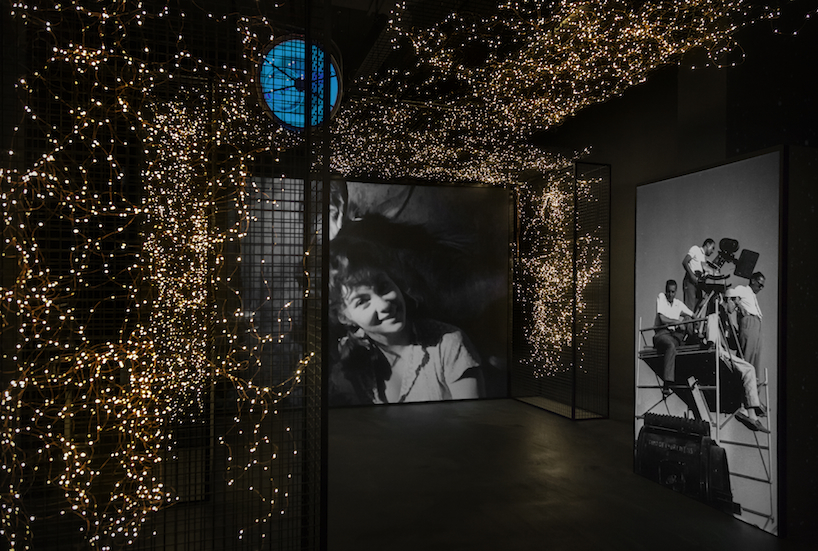 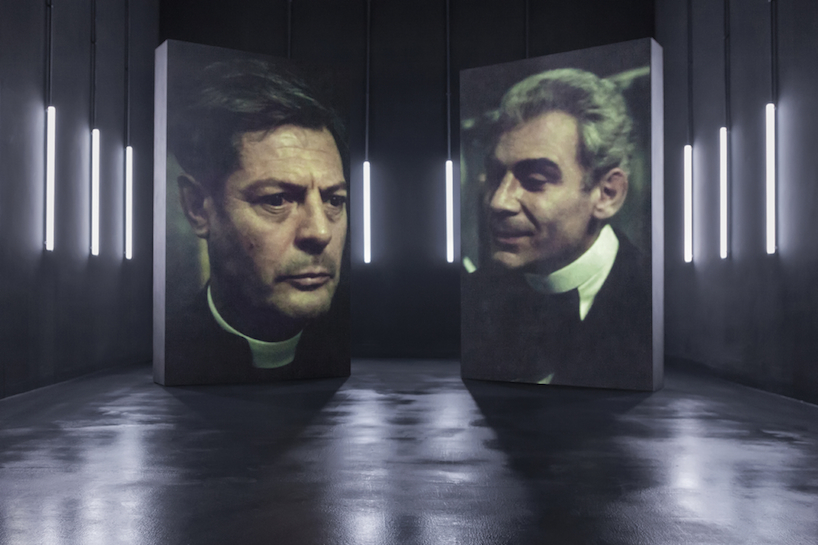 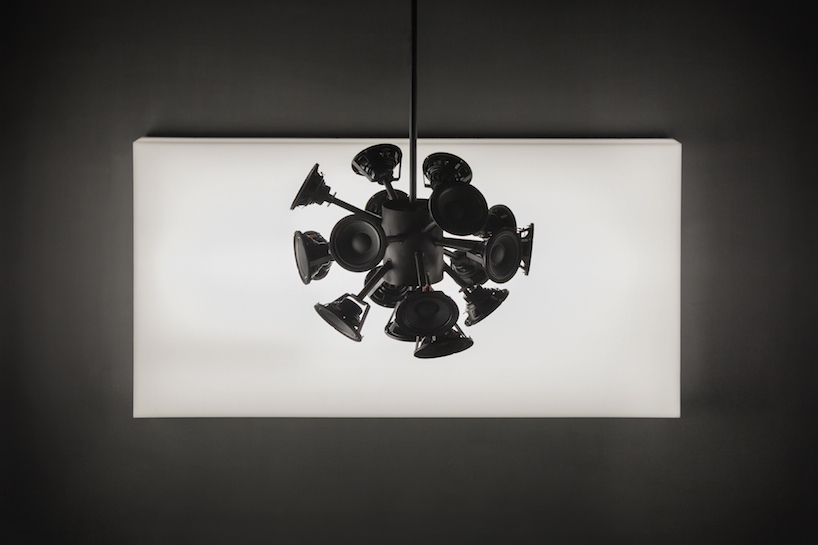 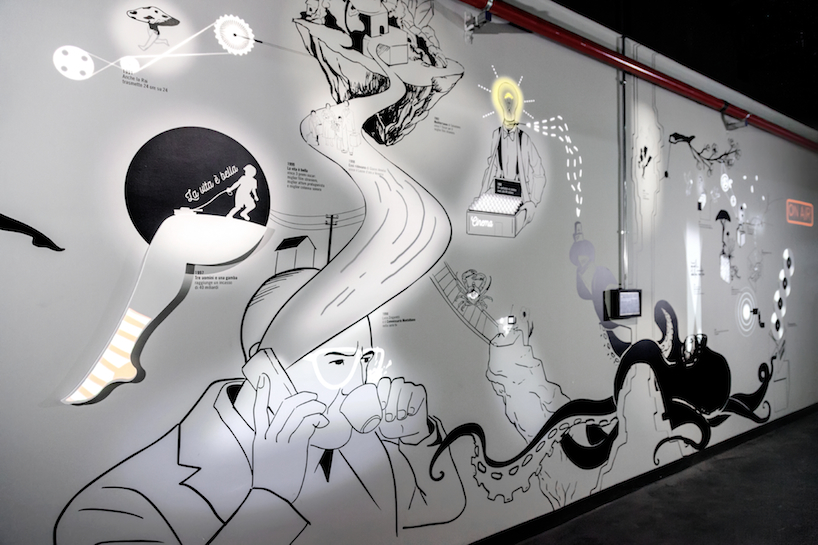