designboom is just back from california where we hosted the exhibition ‘yakitate!’ at dwell on design in los angeles.

‘yakitate’ is japanese for ‘freshly baked’, and this designboom curated cultural group exhibition featured the work of eight

upcoming talents working in the contemporary design scene in japan, exploring the role of tradition and innovation,

from functional design to sculpture through their work.

one of the selected exhibitors was nosigner (eisuke tachikawa) a product and communications designer who was born in yokohama,

but is currently living and working in tokyo. for ‘yakitate!’, nosigner presented his new light ‘the moon’, a response to the

earthquake and tsunami that affected japan earlier this year. at the time, there was speculation that the natural disaster was caused by the ‘supermoon’,

the biggest full moon in a cycle of 18 years which brought the constellation approximately 7.5 diameters closer to the earth

than normal on march 19th. in the end these predictions were false.

looking to the natural satellite, the light draws directly from the lunar orbiter kaguya’s accurate collection of the moon’s 3D topographic data and replicates exactly the craters and surface of the actual moon to the illuminated object, that is composed of LEDs.

stay tuned for more coverage from designboom’s yakitate! exhibition in the coming days! 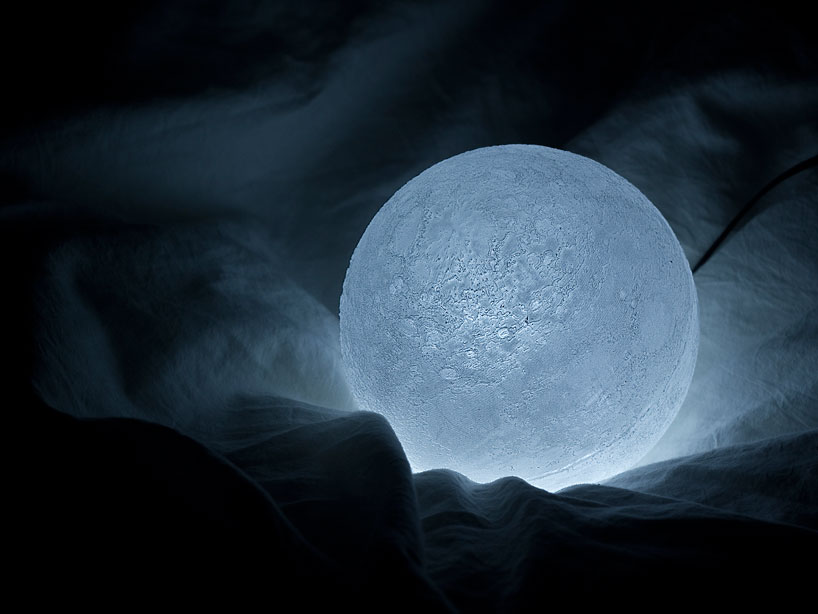 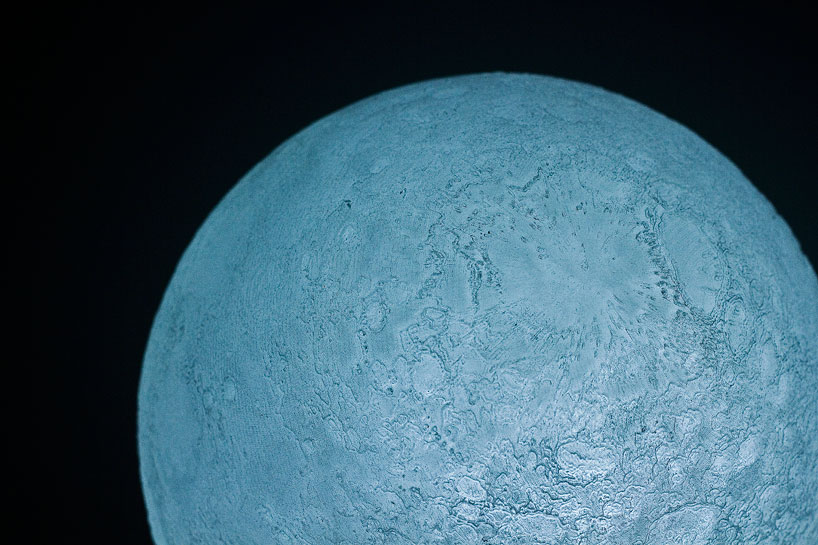 up close image courtesy of nosigner 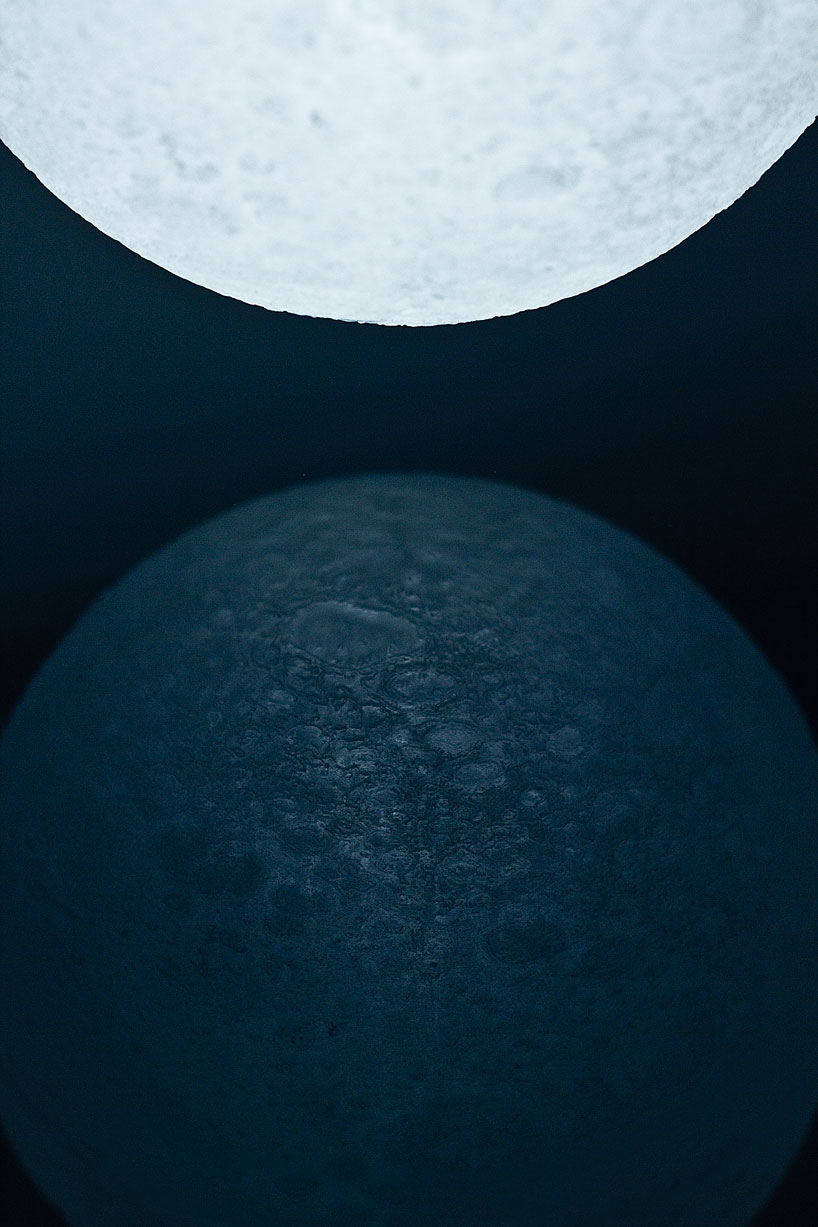 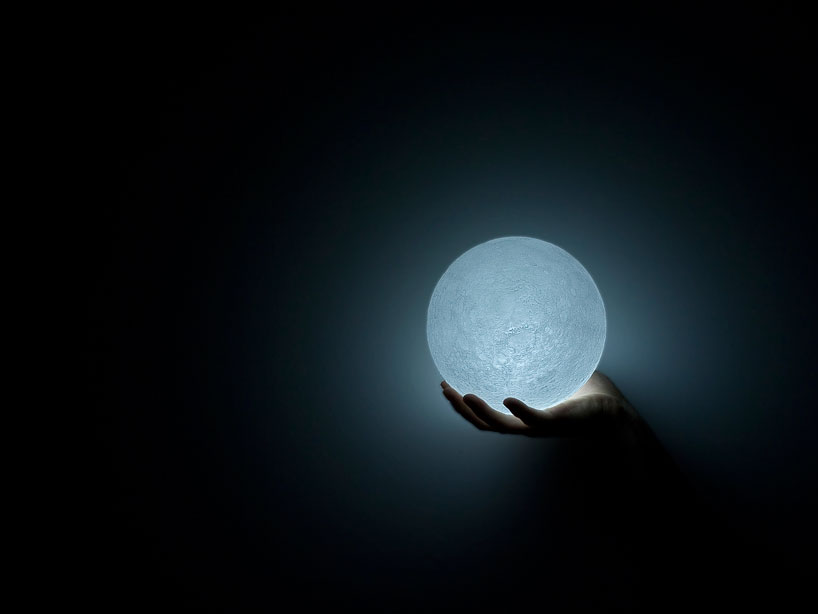 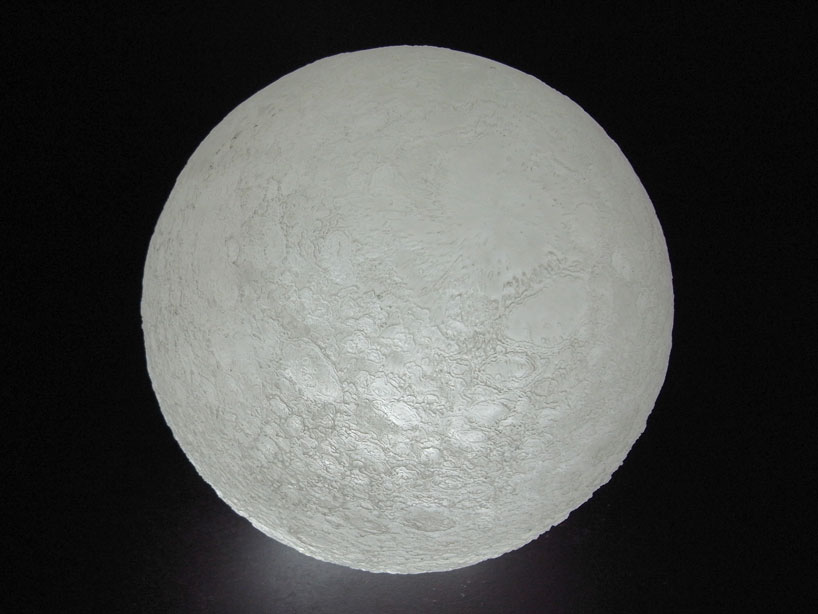 ‘the moon’ by nosigner image © designboom 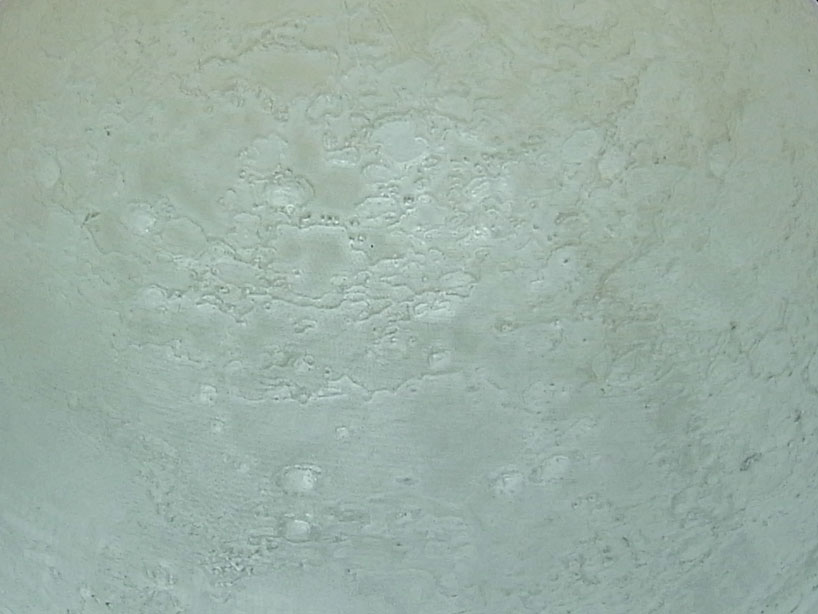 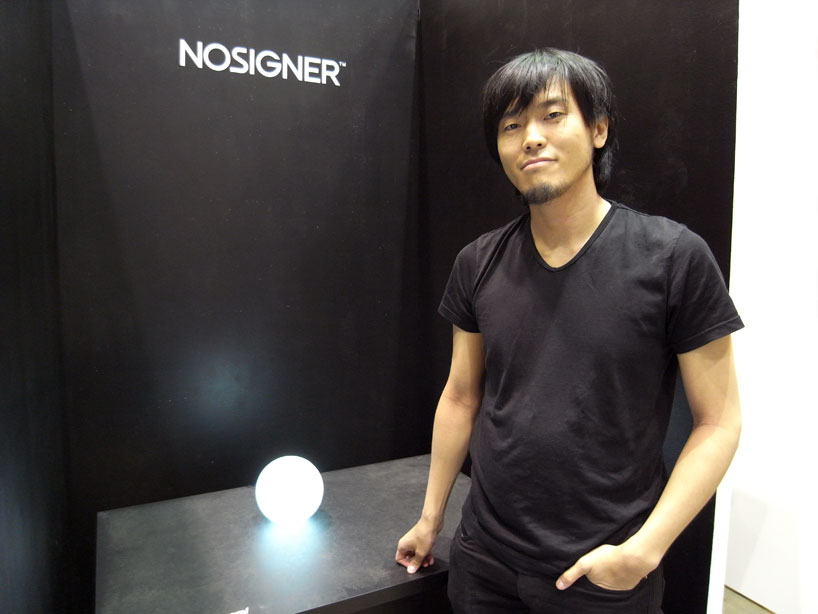 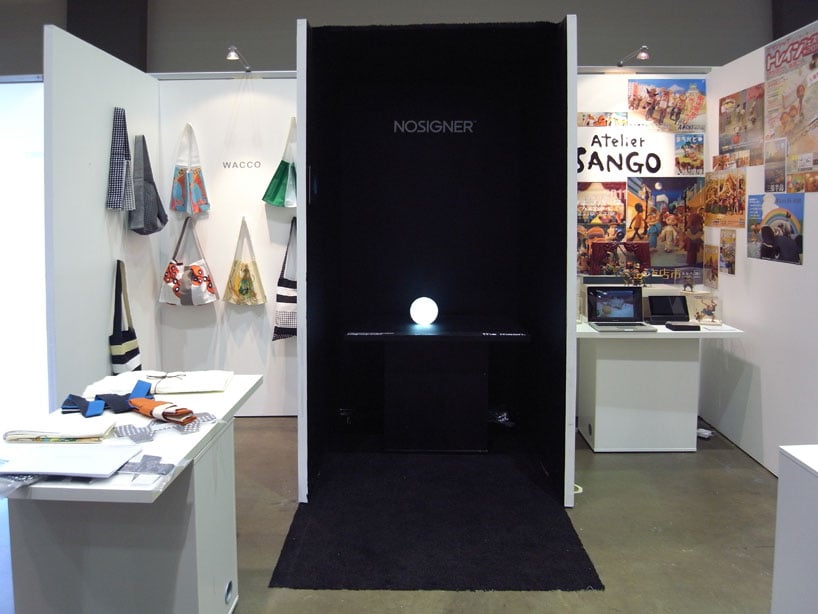 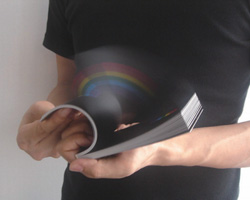 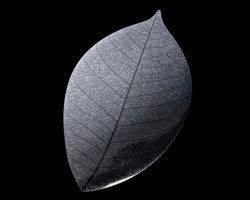 YAKITATE AT DWELL ON DESIGN (11) 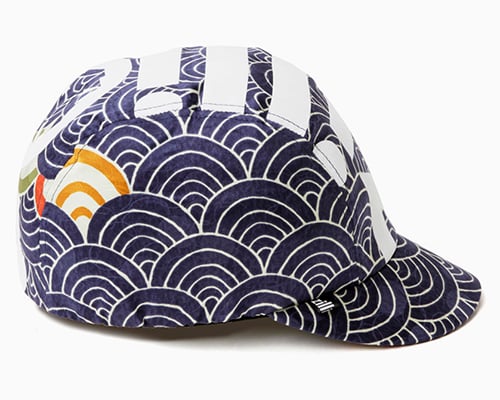