indonesian batik textiles are made using a wax resist technique. wax is used to seal certain areas to repel dye, so that when the wax is removed, it reveals the pattern as a footprint on the wax. layer by layer this process is repeated until the intricate batik pattern is created.

‘3D batik’ by noviardi prasetya explores the essence of this process and extends it into the 21st century and the three-dimensional realm. wax casts of traditional indonesian objects are placed into a block mould that is then filled with resin. the set resin cast is cut to reveal an array of different sections through the wax forms contained within. finally the wax is scraped out revealing part-voids of the original objects and a new set of batik vases created.

‘3D batik’ was presented at tent london as part of london design week 2010. 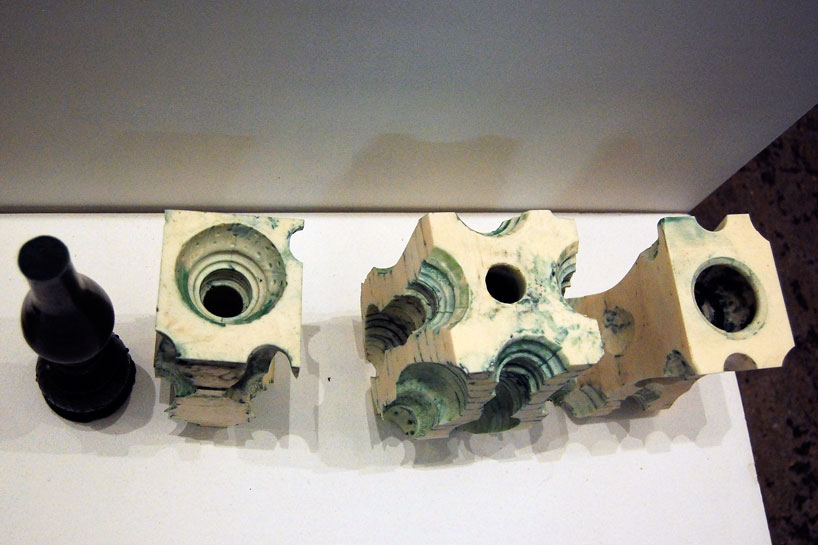 this set was modeled using green wax that is typically used for lost wax casting. the ancient look and marble effect of these vases is created by the green wax that has been melted and trapped in resin cast process. image © designboom 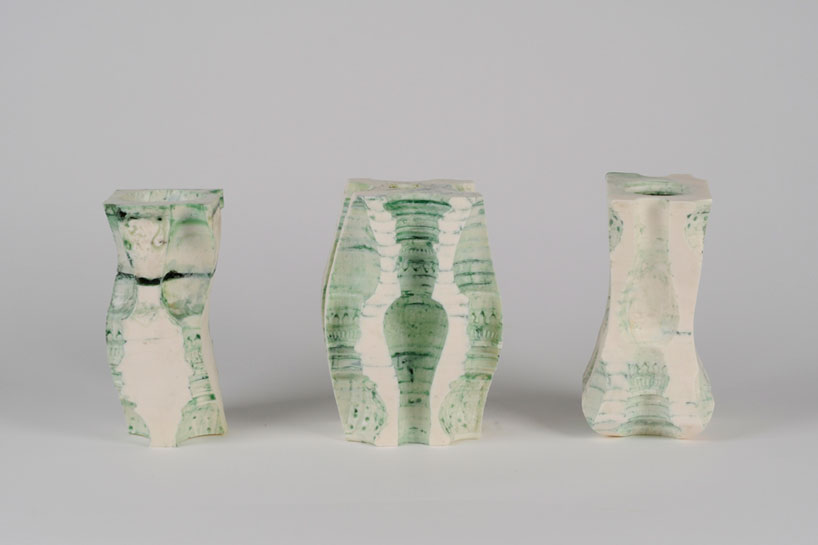 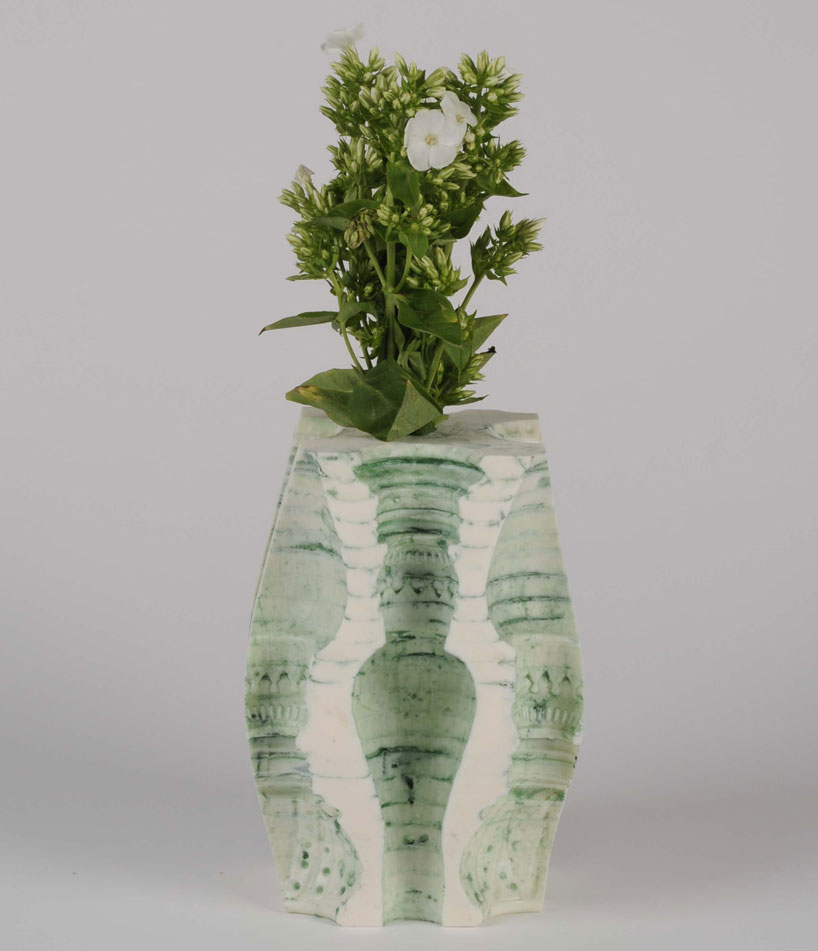 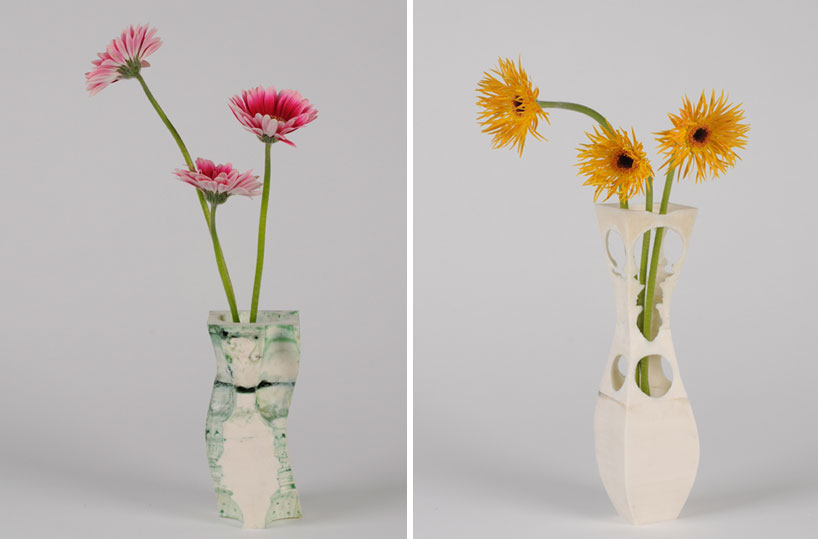 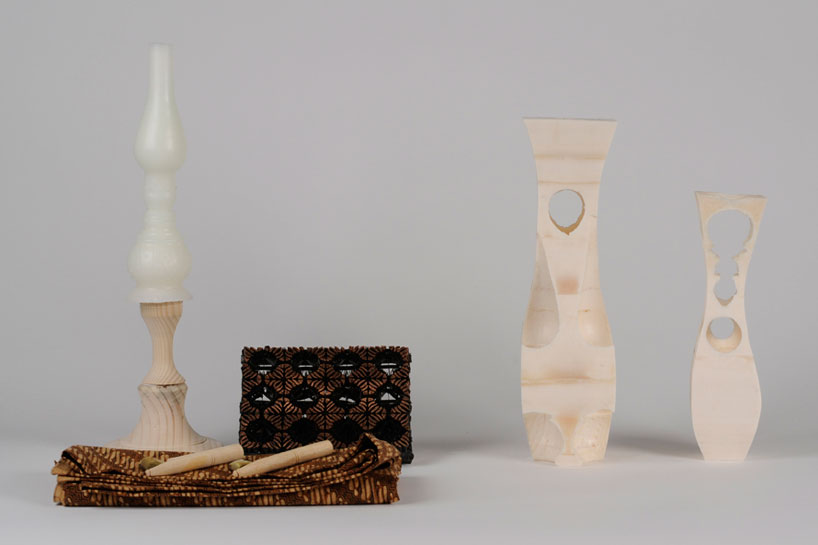 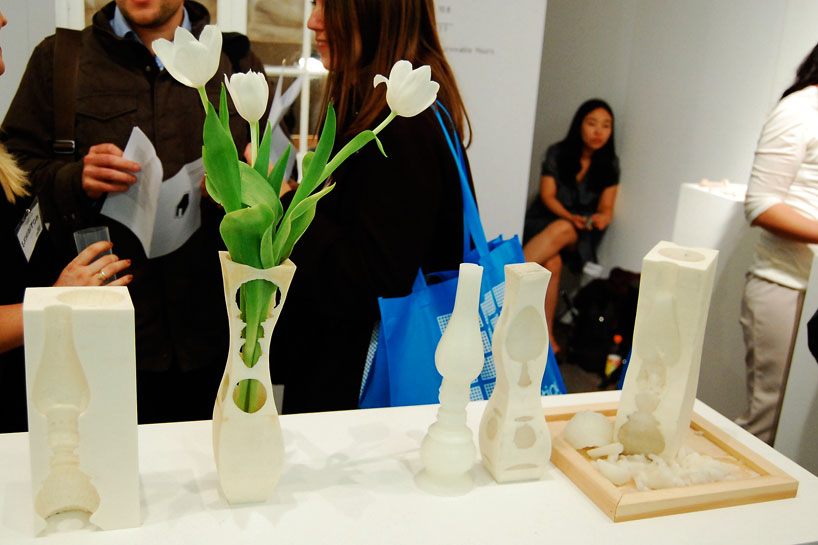 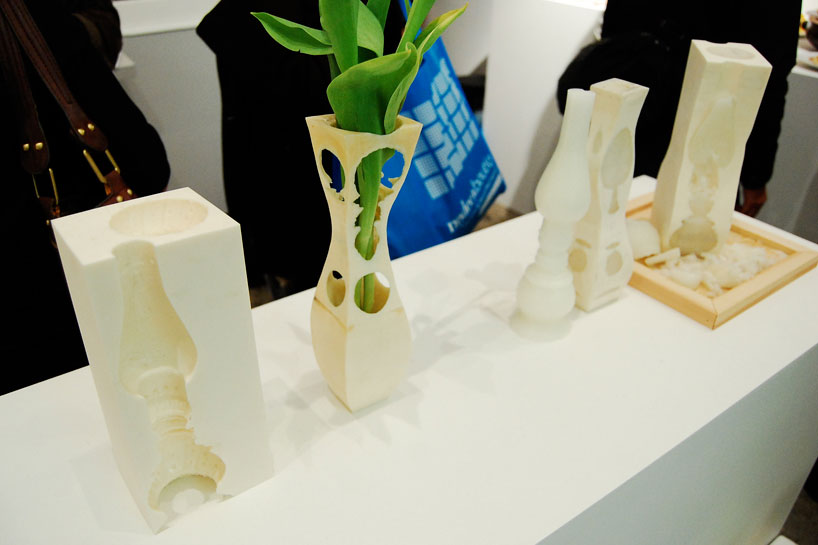 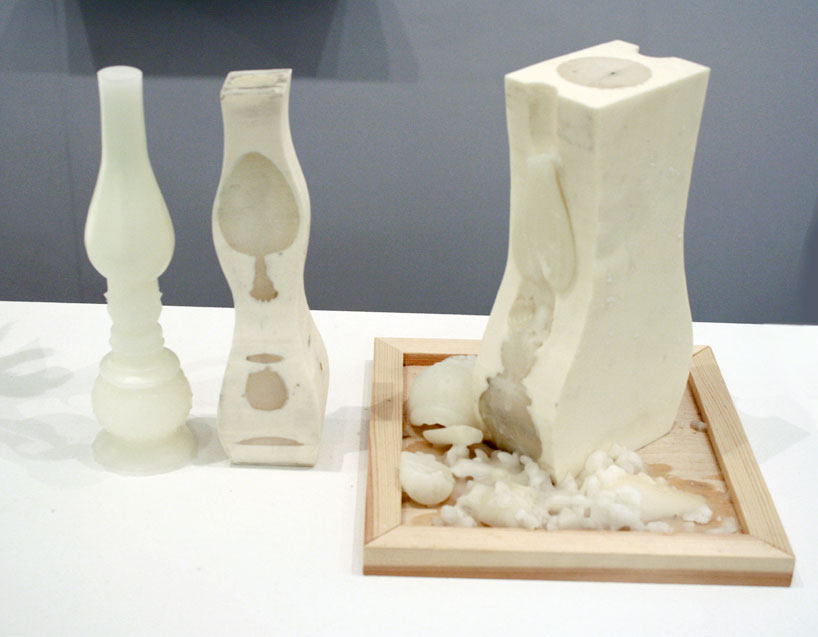 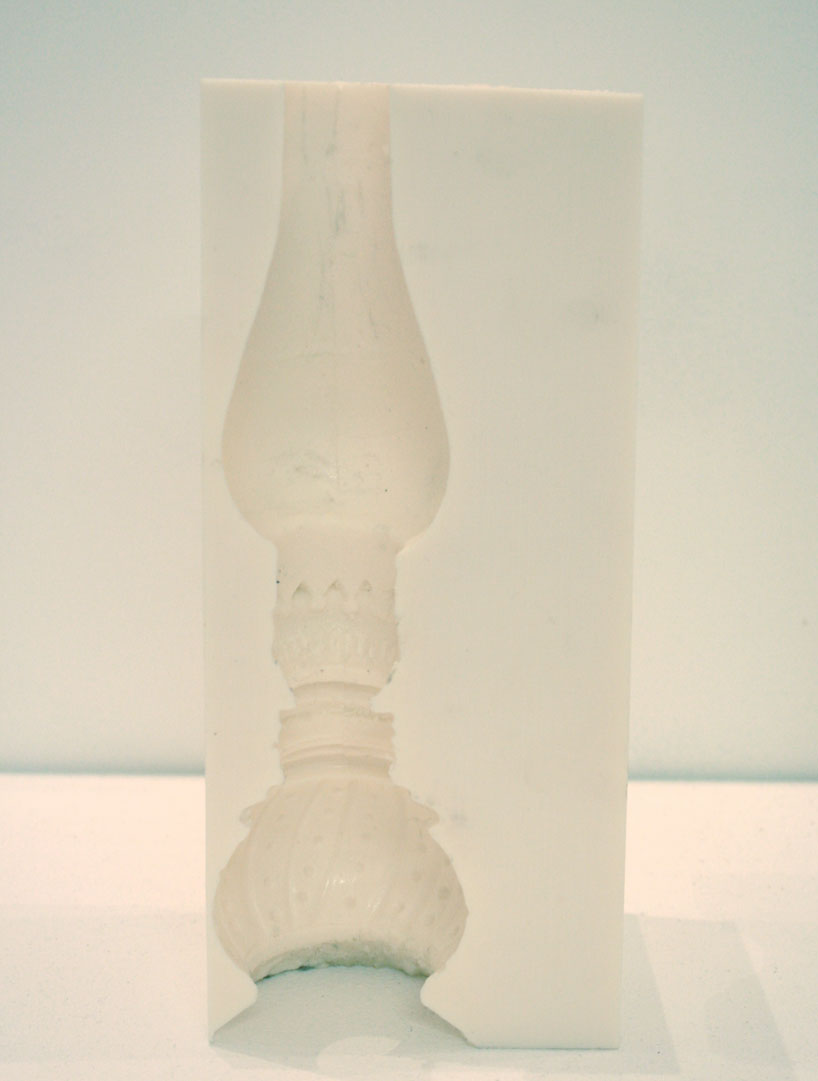 up close of a mould 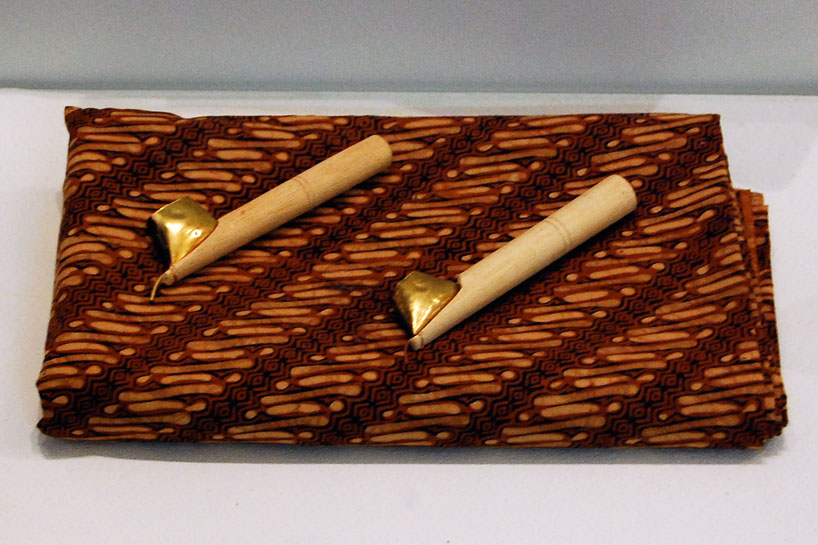 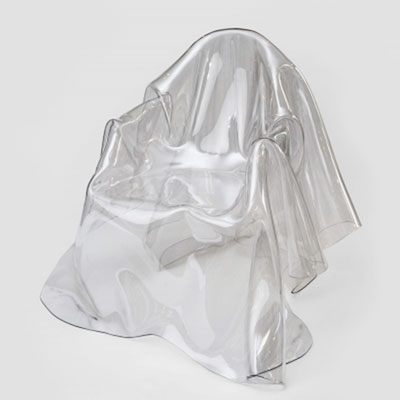 Oct 09, 2010
valentina gonzalez wohlers: the ghost of a chair