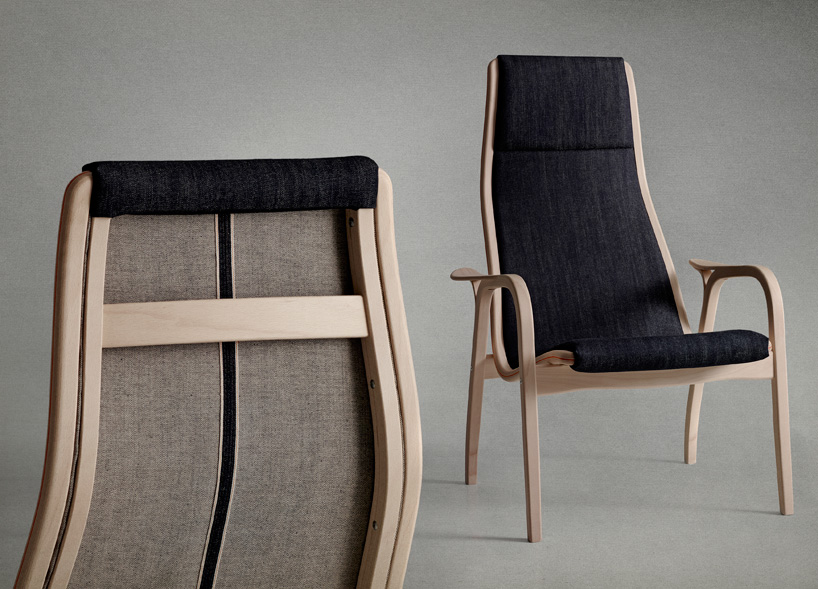 since 1956, more than 300,000 of swedese‘s iconic ‘lamino’ chairs have been produced by skilled craftsmen at their factory. on the occasion of the stockholm furniture fair 2015 — and in celebration of their 70th anniversary — the swedish furniture producer has collaborated with nudie jeans on a limited edition interpretation, maintaining the original’s distinct shape, and rethinking its material application. 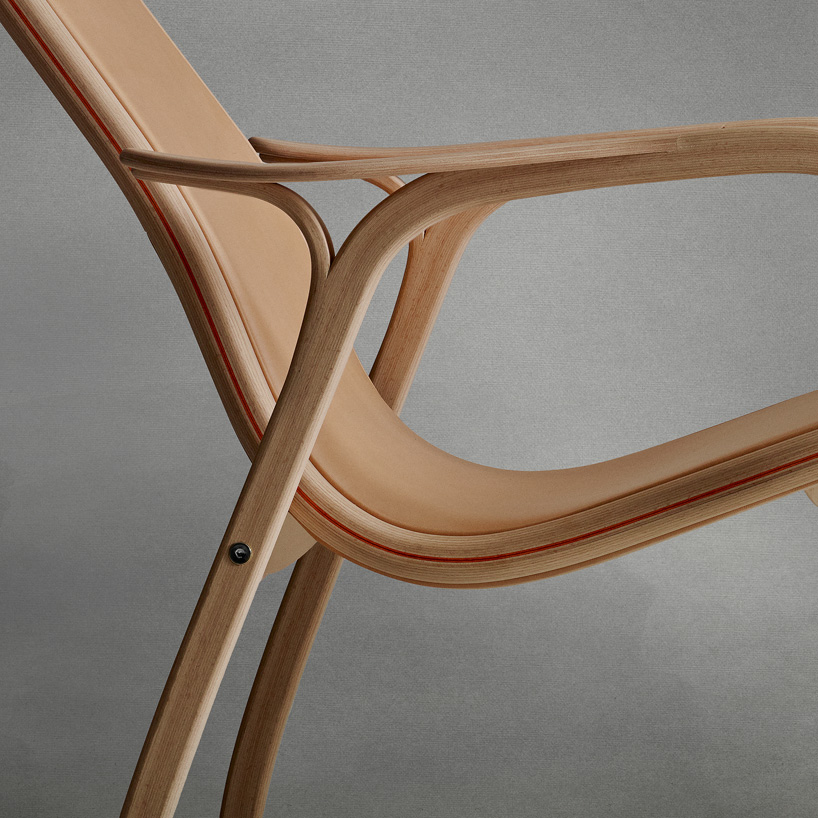 three different variations of denim have been adopted for the seat: a dry, 100% organic kaihara selvage denim; a pre-washed, hand treated selvage denim produced by washing experts in italy; and a natural leather option, vegetable tanned by swedish family run tannery tärnsjö garveri. for the frame, an untreated beech veneer hides orange colored veneer in-between its layers, paying homage to the orange stitching of nudie jeans own selvage. ‘we share the same passion for natural and raw materials, craftsmanship, and high quality construction and production.’ describes maria erixon, creative director of nudie jeans. ‘products that are supposed to be used, that age beautifully and develop patina over time. the predilection for functional and sustainable design is maybe characterized by our common roots in småland, sweden.’

nudie jeans has collaborated with amnesty international on numerous projects since 2001, in efforts to raise awareness about their ongoing work. the collaborators will donate 50 euros for each chair sold to the global human rights movement. 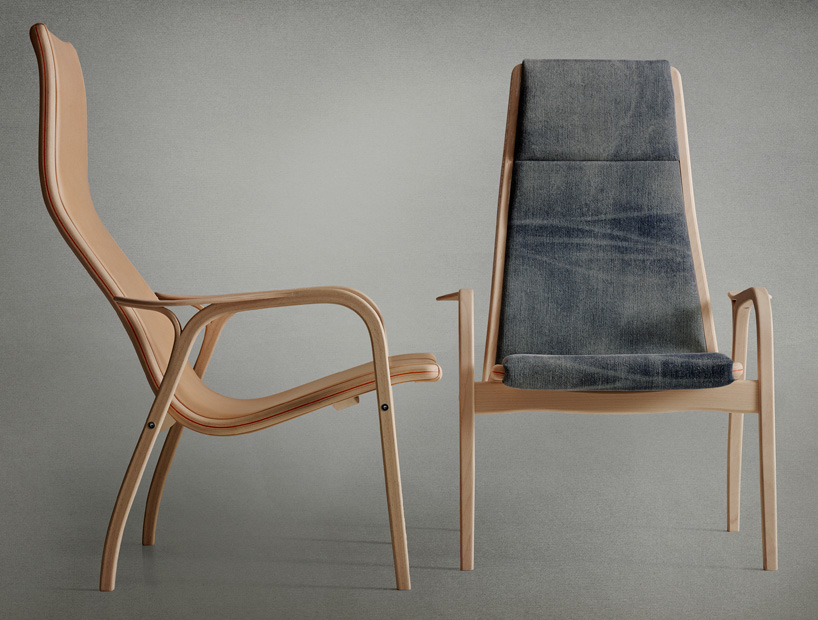 different variations of denim have been adopted for the seat 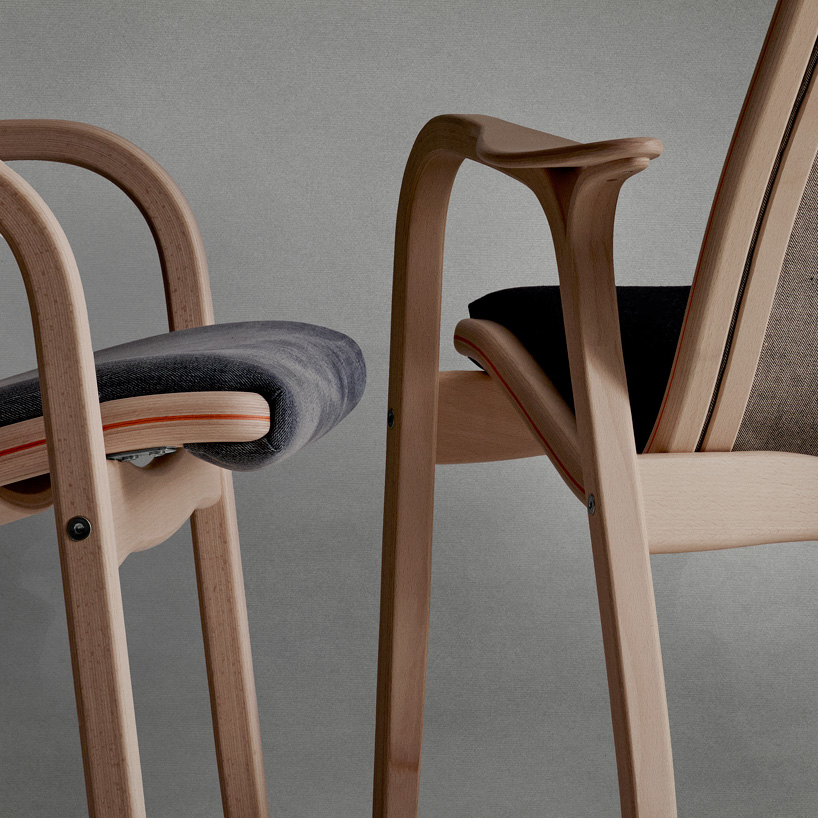 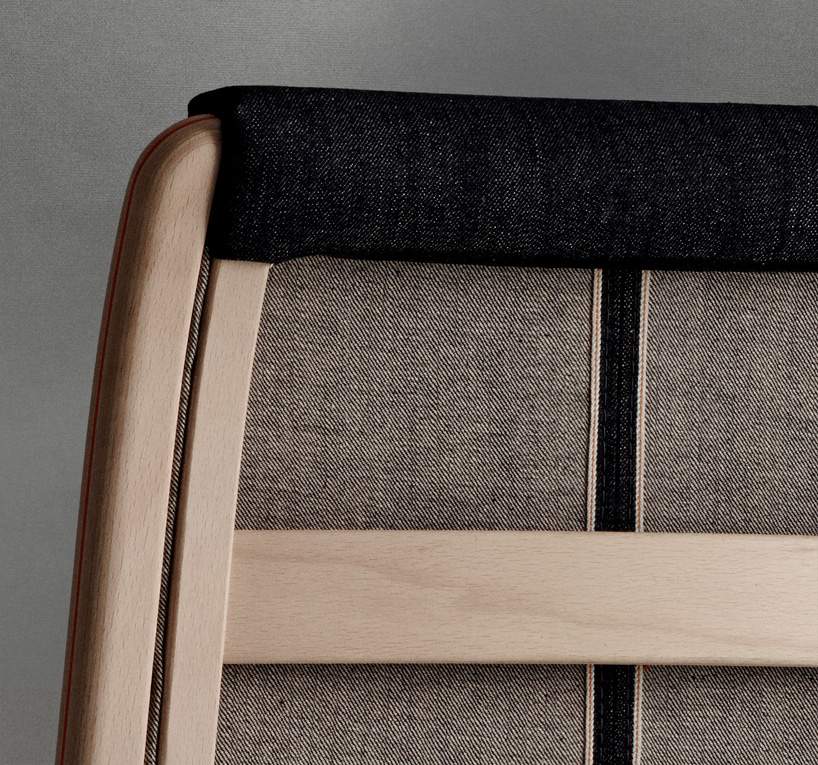 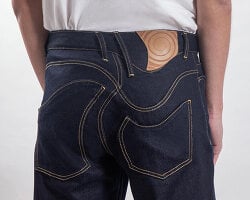 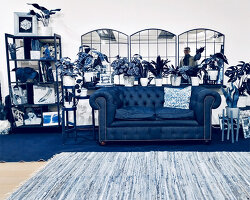 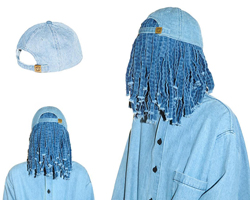 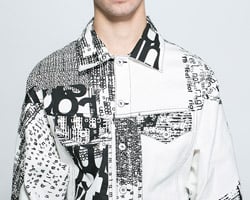 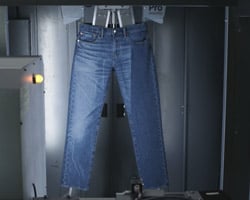 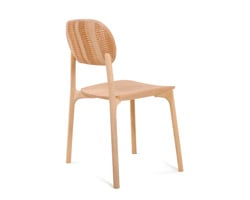 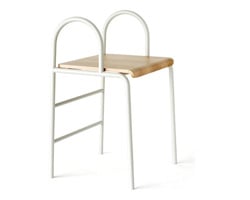 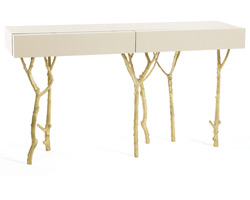