in early august 2019, donald trump visited the site of a new plastic plant for royal dutch shell, located 30 miles north of pittsburgh pennsylvannia. the US president celebrated the 5,000 construction jobs the project has created but didn’t acknowledge the millions of tons of new, virgin plastic it will produce. as we know, the majority of the products it will spawn will not be recycled. however, less known is the amount of pre-production ‘nurdles’ of plastic that will directly leak and pollute our oceans.

according to quartz, the new facility will pump out 1.8 million tons (1.6 million metric tons) of plastic each year. this may counter the environmentally friendly initiatives of other companies like parley for the oceans and IKEA, who are either phasing out the use of virgin plastic or creating an affordable market for manufacturing with recycled or recovered material. instead, the source of new plastic will likely find interest in markets that wish to produce more cheaply, before not be recycled and ending up in our oceans where it breaks down into mircoplastics for centuries. 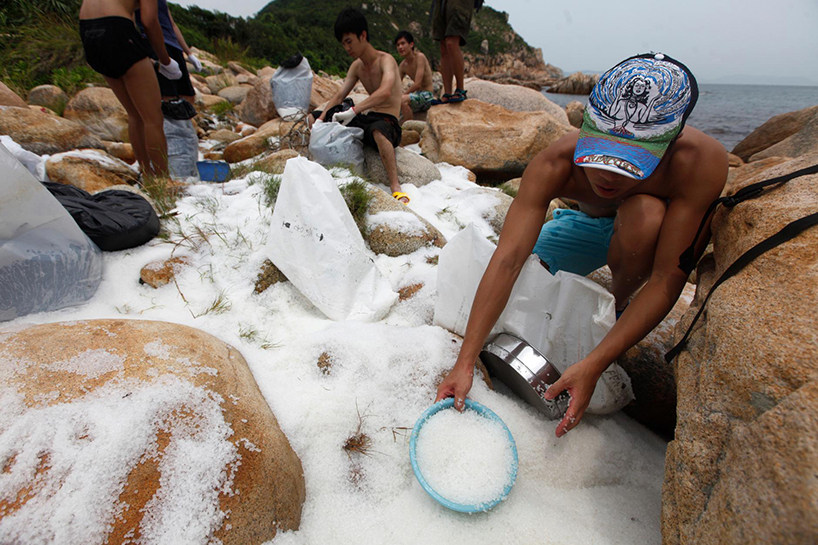 prior to production, plastic takes the form of tiny pellets, also known as ‘nurdles’. with roughly 22,000 nurdles per pounds of plastic, the new shell plant intends to produce the equivalent of 80 trillion nurdles per year. for their small sphere size, though, they can cause major pollution, either on both a dramatic or chronic scale, as many escape into the environment before they have a chance to be molded. in the UK, one study estimated that the country sees 5 between 5 billion and 35 billion pellets lost in a year, for example, while in 2017, two shipping vessels collided, spilling 49 metric tons of pellets into the sea and coating 2,000 kilometers (1,243 miles) of south africa’s coastline.

researchers do not know the exact figures for how many pellets account for the world’s total plastic pollution. nurdles are the size of a lentil, which explains how they spill into our oceans so easily but also why we cannot find them easily afterwards. manufacturers use pneumatic hoses, like vacuums, to move pellets in facilities – shell plans to use its own rail system in the pennsylvannia plant. miriam gordon, the director of plastic policy advocacy group upstream, explains, ‘each of these rail cars has two or three valves where the hose connects to the rail car and you’ll see that at the point of those valves there’s big piles of pellets or powders right under them. once they’re on the ground they won’t put them into the manufacturing process, because they’re contaminated with dirt, she continues. ‘so they wash them into drains. and those don’t go through treatment like your sink or toilet—they go straight to waterways.‘ 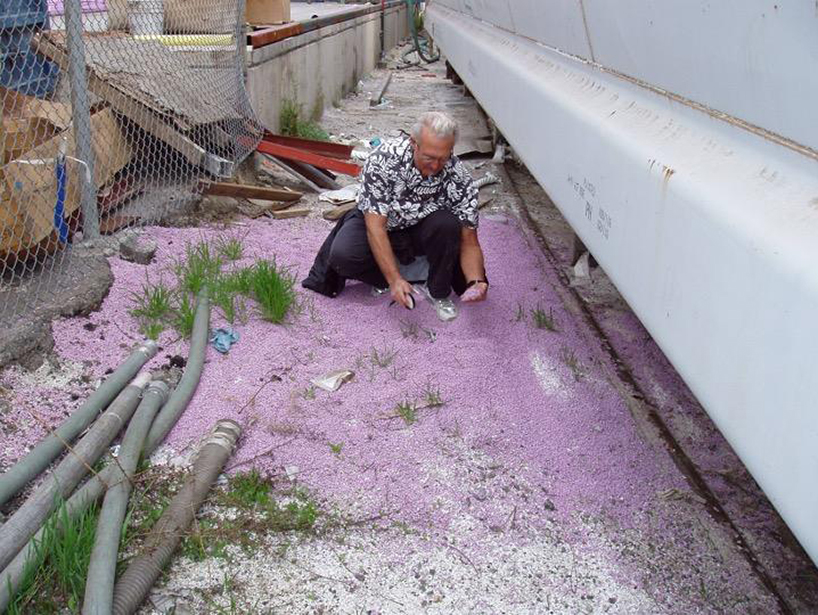 in the USA, california is the only state with regulations to control the amount of plastic pellet pollution. in contrast, states like texas have not defined the quantity of pellets that constitutes pollution, so factories find loopholes. for example, petrochemical company formosa plastics released millions of pellets into lavaca bay, a cove that washes into the gulf of mexico. residents, who were fed up with beaches covered in plastic pellets, paddled by kayak around nearby creeks, collecting data on the nurdles being discharged from the company’s plant. in june 2019, noting the more than 1,000 days of violations recorded by those volunteers, a federal judge ruled that formosa could be held liable for violating state and federal water pollution laws.

as the royal dutch shell plant rises in pennsylvania, environmental groups and scientists are worried about the lack of regulation to specifically address plastic pellet pollution. states rely on the industry to set standards for itself. the only national program on plastic pellets is completely voluntary: the american chemistry council and the plastics industry association, who maintain a program called operation clean sweep. members then voluntarily commit to a set of best practices for preventing raw plastic from spilling into the environment. so far, a shell spokesperson says the new plant in pennsylvania is designed to ‘adhere to the standards of operation clean sweep blue.‘ 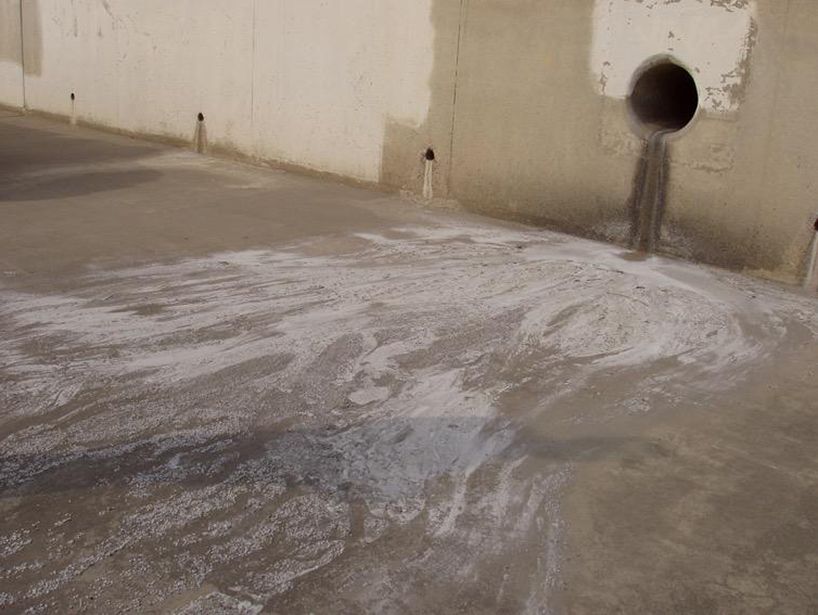 to build further upon operation clean sweep, 280 public health, environment, and indigenous groups signed on to a formal petition in july 2019 to urge the EPA to ‘update the 26-year-old water pollution rules it uses to approve industrial facilities that create plastic.’ this calls for them to ban factories from discharging raw plastic into the environment. with 300 new plastic manufacturing facilities currently proposed in the US, including the new shell plant in pennsylvannia, the petition argues that there should be rules made specifically to govern them.