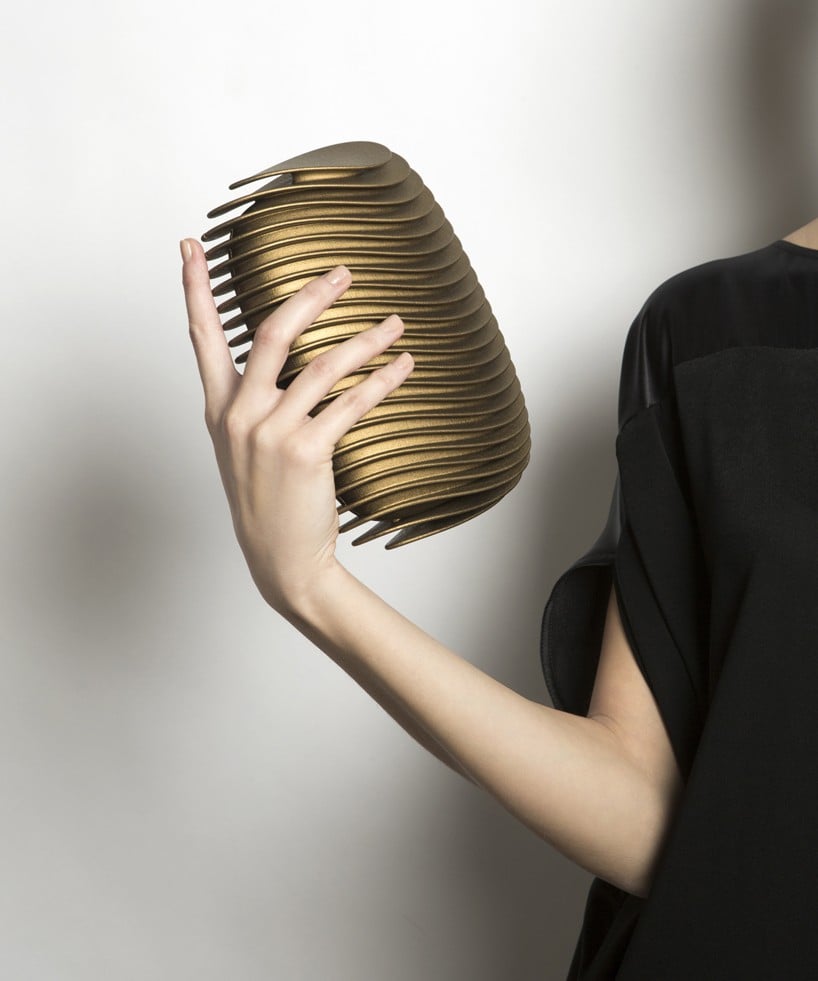 maison et objet: the bern clutch by industrial designer odo fioravanti for maison 203 portrays the grandeur and urban structure of the swiss city bern, which has been classified as a unesco world heritage site. conceived as a 3D printed sculpture, the product evokes the bending and parallel roads of the swiss capital — creating a pulsating and dynamic pattern through a succession of uninterrupted sinuous lines. presented for the first time at the 2017 january edition (20th-24th) of maison et objet in paris, the bern clutch will soon be available at maison 203’s flagship store in venice. 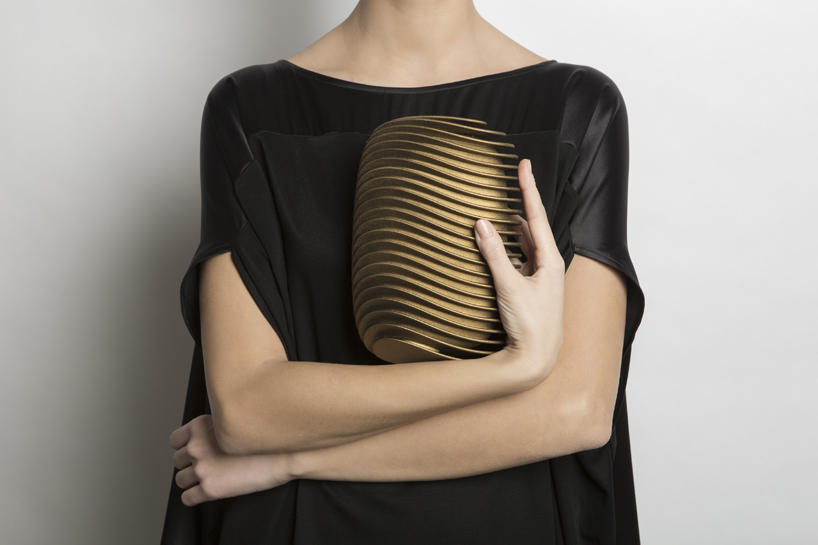 odo fioravanti‘s bern clutch for maison 203 is defined by a series of rounded blades that seem to stem from an initial circular central point and then multiply to create the final product. thus, the final exhibited pieces at the 2017 maison et objet edition reproduces an optical effect that allows it to constantly change shape depending on the vantage point of the person. any reference to the medieval urban landscape turn this bag into an object of contemporary beauty characterised by almost futuristic echoes. 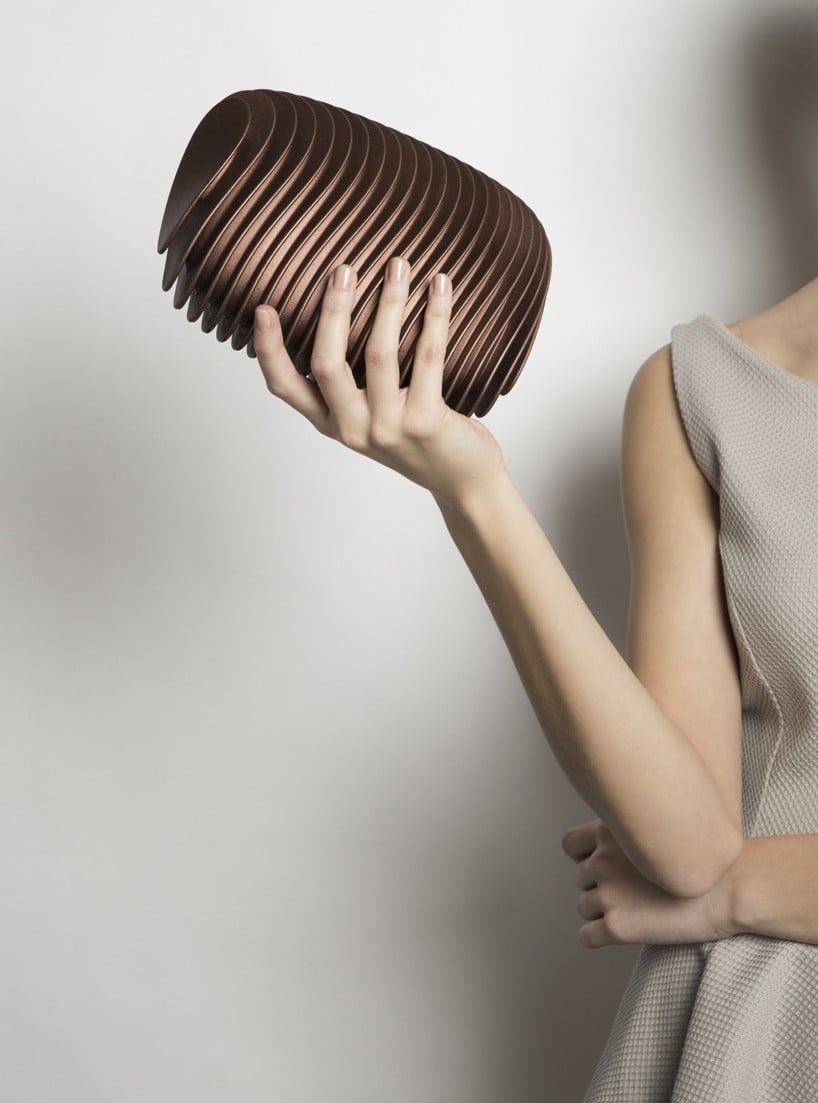 the analogy with the city continues: just as the elegant rows of buildings along the circular streets of bern give the impression of a perfectly homogeneous set, similarly, the rounded blades of the clutch create a uniform structure that strengthens and conceals the bag clasp. available in metallic black, copper and gold, the clutch – in 21 x 16 x 6 cm size – is completed by a thin metal chain so it can also be worn as a shoulder bag. this third clutch completes the collection of accessories bearing the same name, featuring 5 items: a necklace,bracelet, earrings in two different sizes and cuff links. 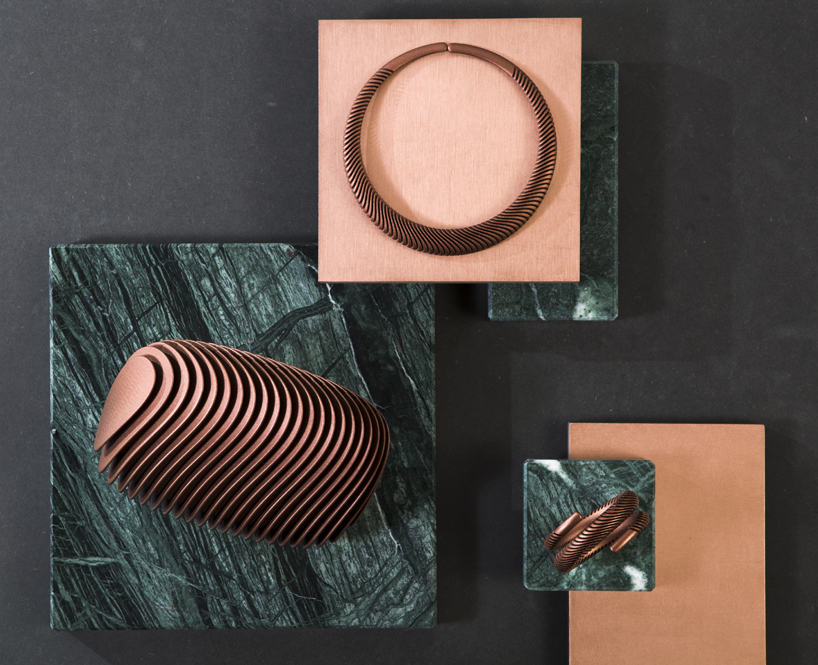 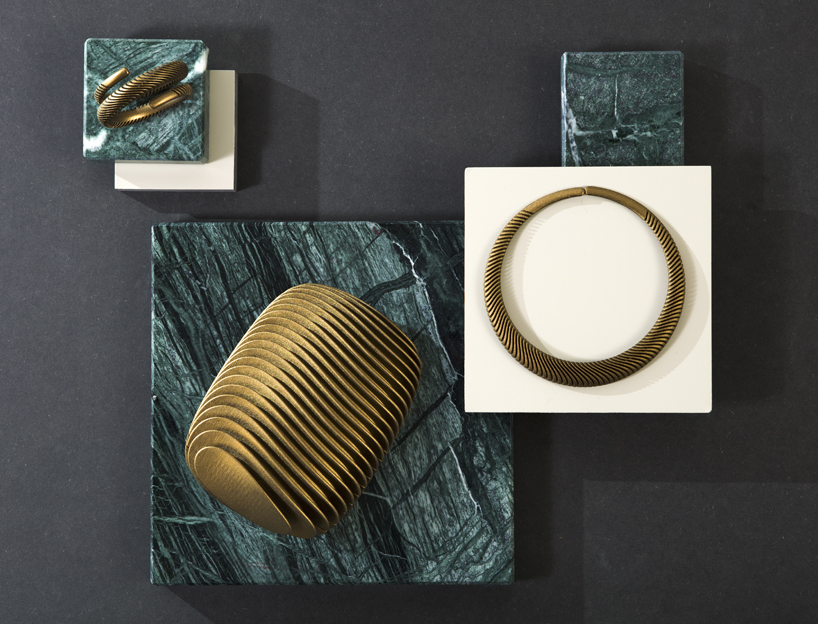 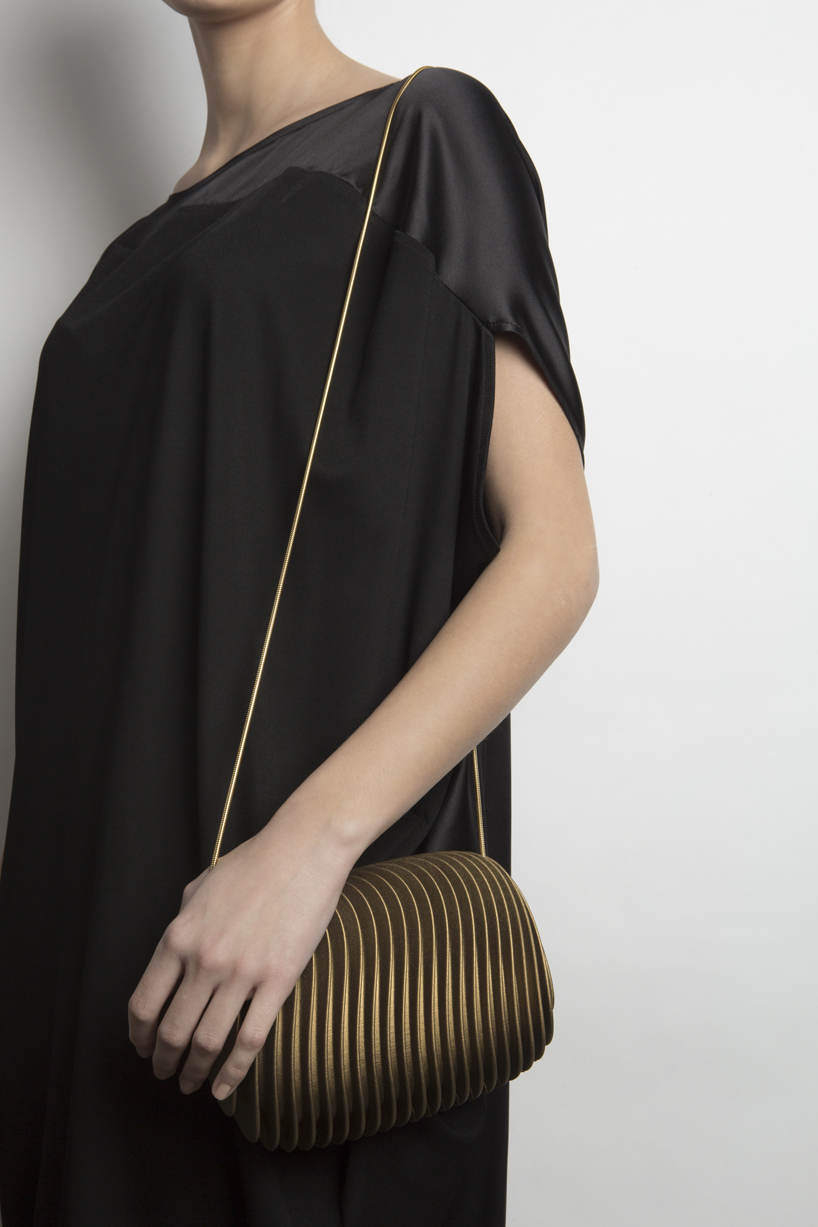 the design can also be worn as a shoulder bag 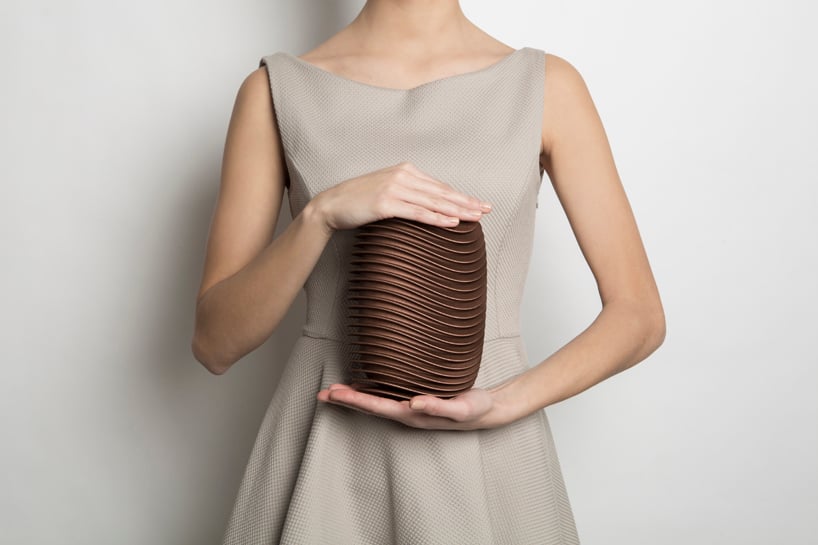 looking at it from afar, the bern clutch resembles a small 3D sculpture 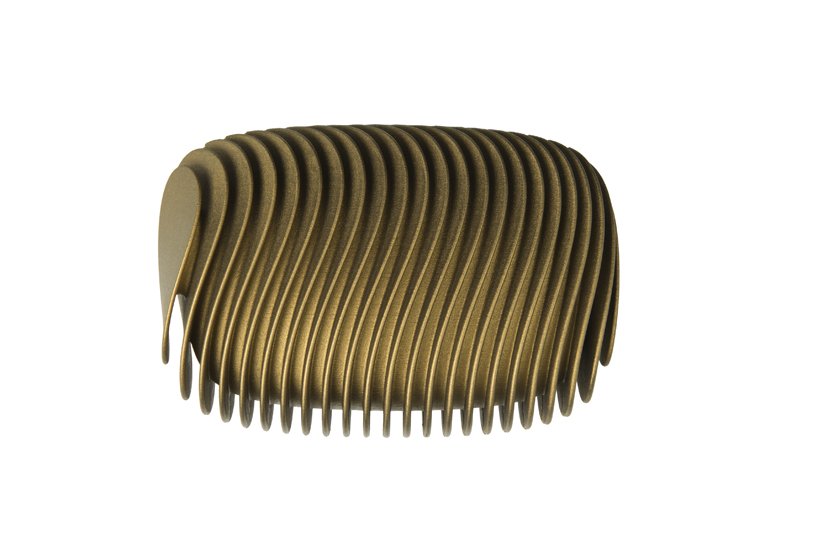 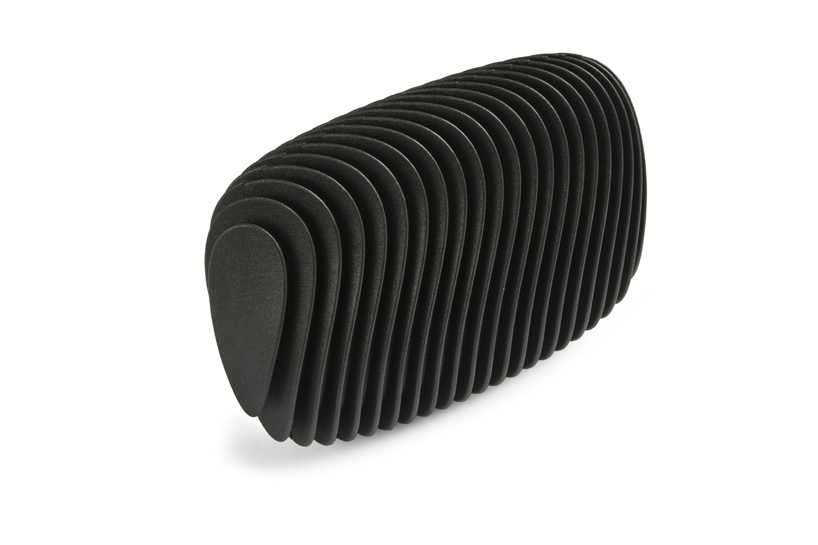 metallic black: rounded blades of the clutch create a uniform structure, that strengthens and conceals the bag clasp 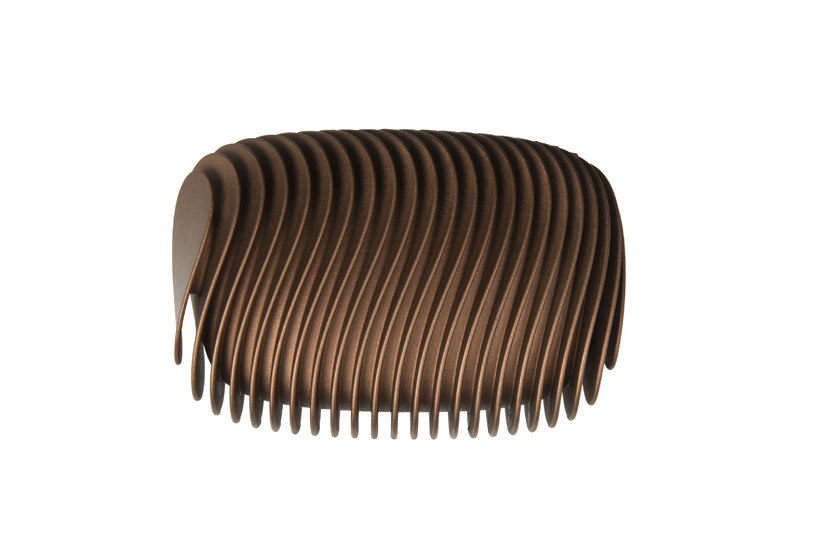 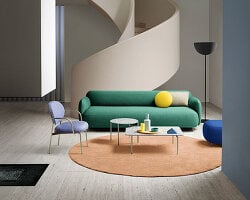 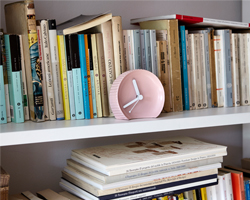