‘unity’ dress by from somewhere and speedo

UK fashion brand from somewhere have collaborated with speedo to create the ‘unity’ dress – a vibrant one-off ball gown fabricated from the offcuts of speedo’s ‘fastskin3 super elite swimsuit’. from somewhere focus their practice around sustainability, and have applied this philosophy to the ‘unity’ piece by designing to accommodate the surplus material from special edition versions of the bathing suits, specifically in the colors of swimming teams that speedo sponsored from the USA, great britain, australia, germany, spain, japan, canada, netherlands and israel. the aesthetic is influenced by such elements as sunsets, sea and waves for a look that reflects the oceans which connect the competing nations at the olympics. a graduate from falmouth university, rebecca jayne taylor, also worked closely with designers to create the couture piece.

from somewhere’s orsola de castro says of the work:

‘I think our dress speaks about water, and water is life. it’s about the environment, and preserving water which should be a priority for all humankind, we wanted to really concentrate on the idea of having a traditional evening gown that totally mimics sportswear design techniques. the sewing, finishes and details were constructed as if the dress would also have to withstand swimming, which presented an exciting challenge.’

the gown is the latest collaboration between speedo and the garment label, and follows the inaugural collection of clothing which opened at the esthetica exhibition of sustainable fashion at london fashion week in 2011, produced using extra stocks of the speedo LZR racer elite that became redundant following FINA regulations regarding competitive swimwear in 2010. 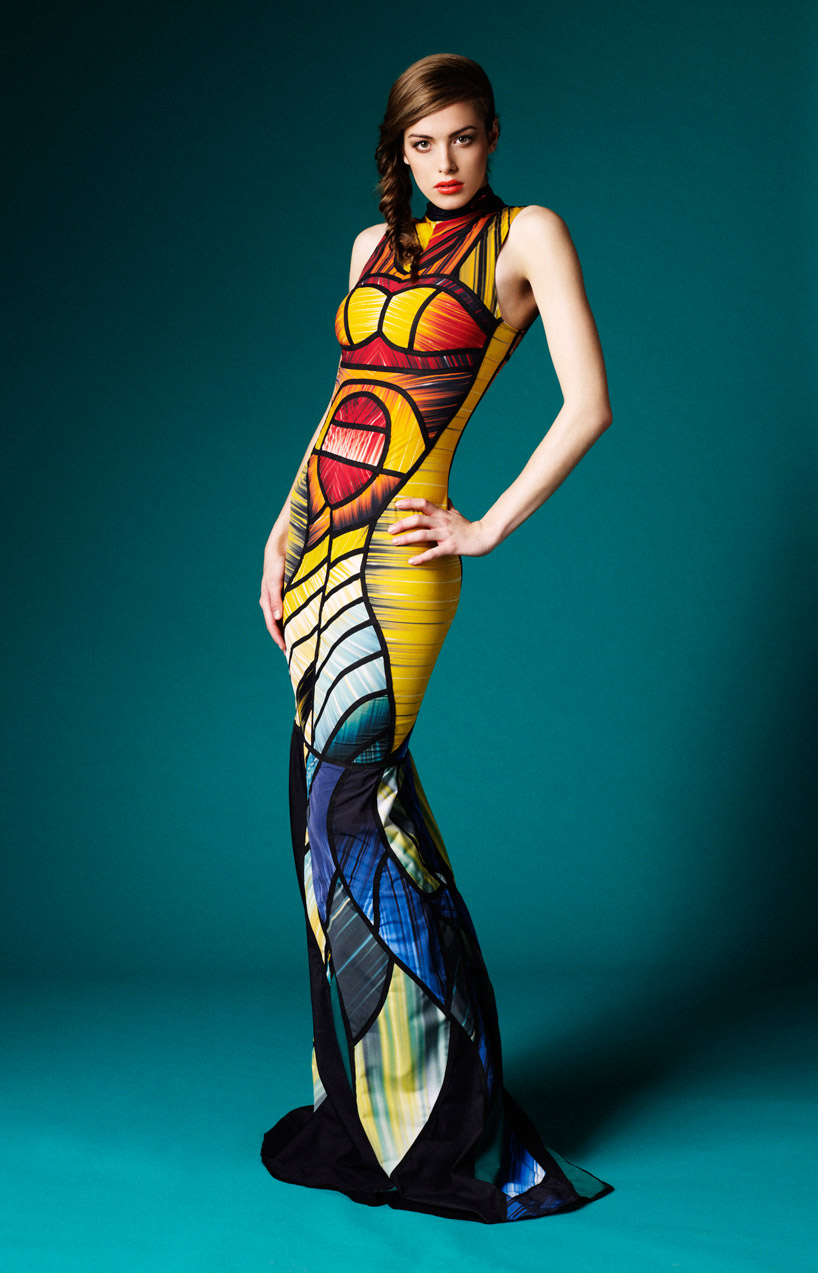 the couture pieces are made from speedo swimwear offcuts 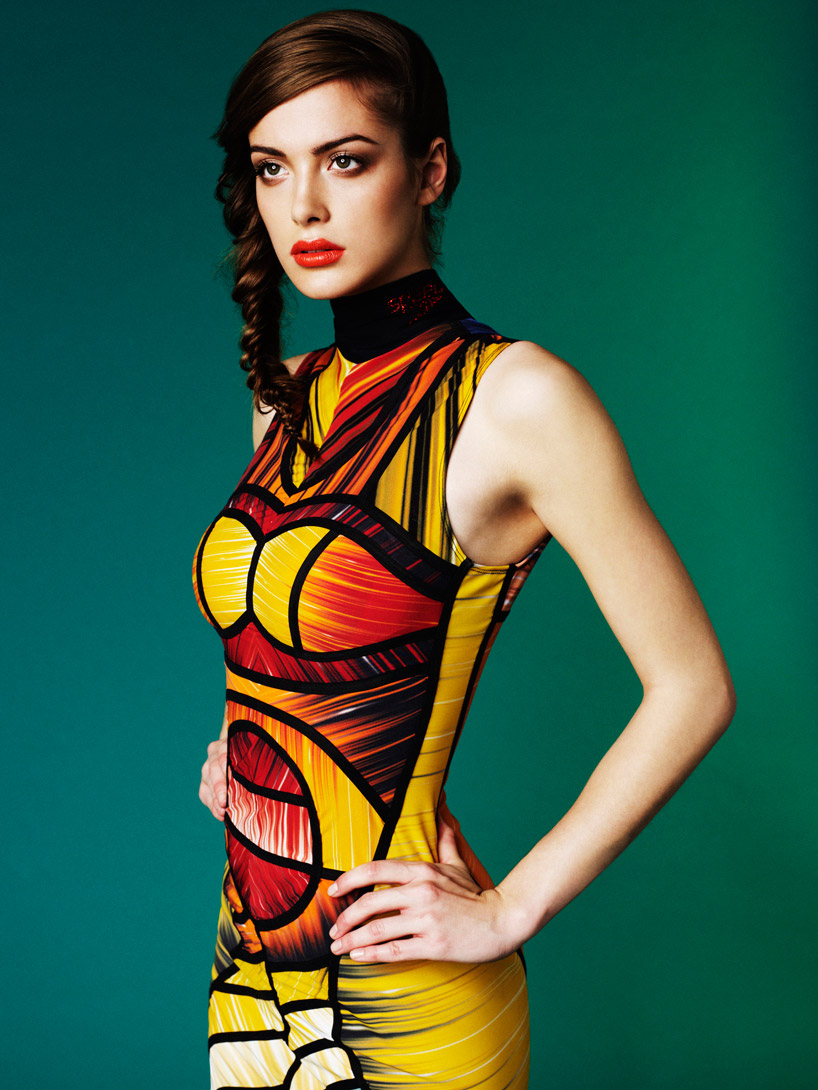