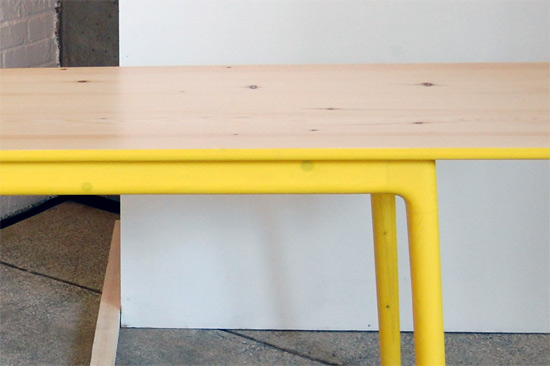 detail of the E8 table by mathias hahn image © designboom

the E8 table made from lacquered solid redwood, is based on an observation of an impromptu composed piece of war time furniture that ended up as a dining table. the long and narrow format allows it to be used as an everyday work and kitchen table, where temporary items such as laptopsor paperwork can be easily sidestepped during meal times. with its overhangs it serves as a twelve person dining table. 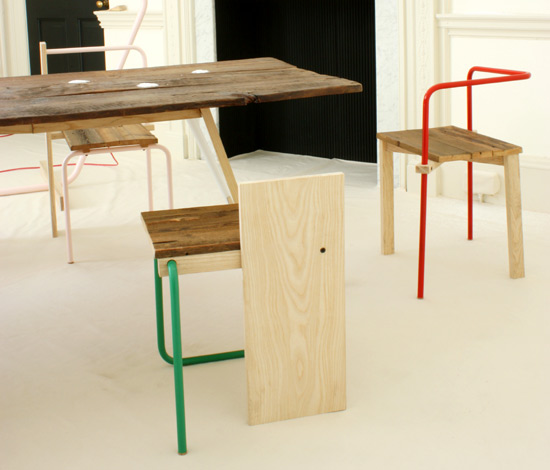 each chair is made from one single bend powder coated metal tube from which a solid ash structure that supports the seating surface which is made from reclaimed victorian ceiling boards. their slightly unbalanced appearance comes from the strong contrast of materials as well as the odd way in which the parts are connected. 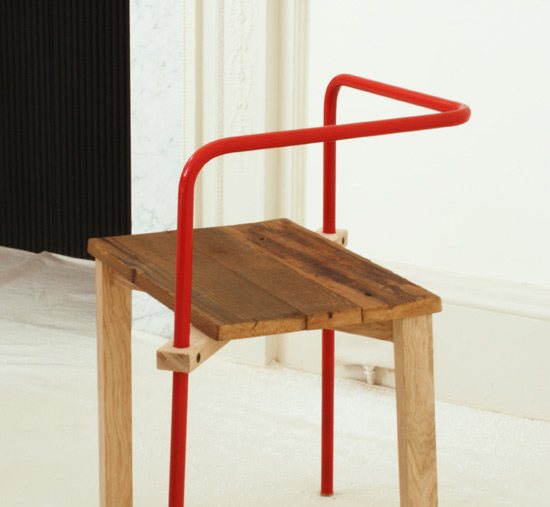 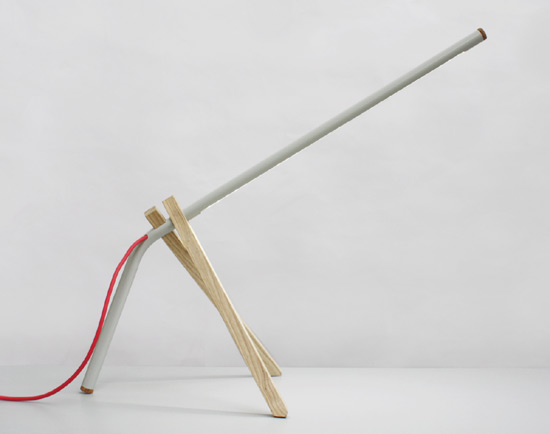 these are an exploration of desk and task lights that borrows and builds upon the desgin language started with the mr. light series. the new members of the mr. light family are two junior sized pieces. these desk versions are very different in character amosgst themselves. the first one a more literal formal language interpretation of its bigger sibilings with two very different moods created by just changing its position. the second one is a more proper task light with many different positions allowed by its internal hinges. the lights are made from powder coated steel, ash and T5 LED tubes. 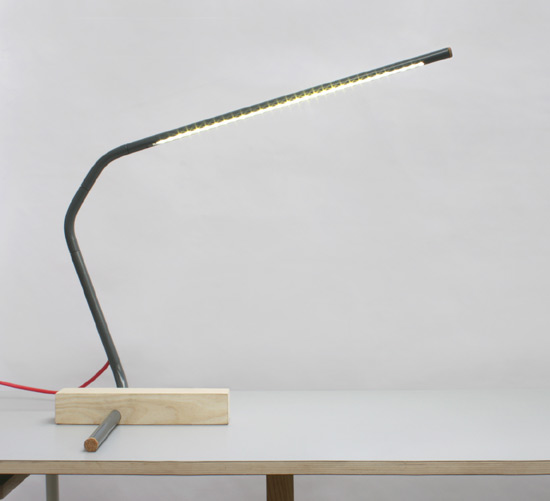 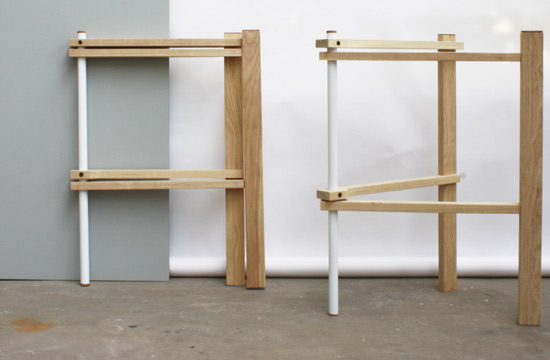 continuing his exploration of new structures and material combinations, alonso’s M trestle proposes a new solution for a foldable trestle table that can be arranged in various ways or folded flat for storage when not in use. 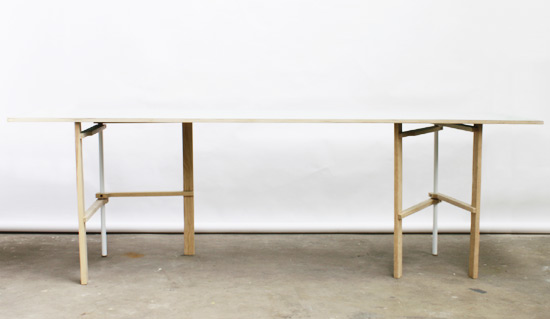 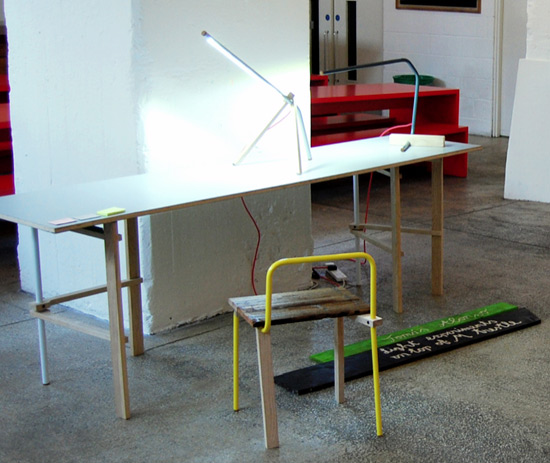 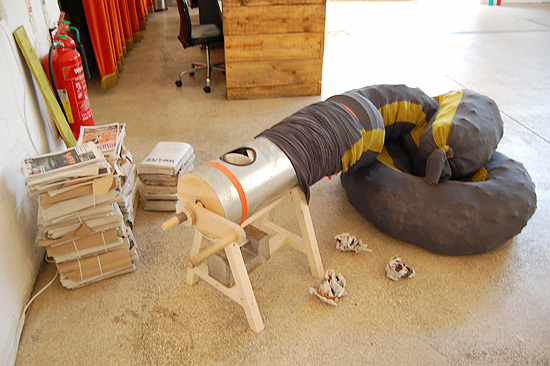 buon appetito is a system to process and feed paper waste into a growing sculptural furnishing for people to sit, lean and relax. we ask the question, what if, instead of disguising our paper waste in neat bins, we actually experienced it as part of our every day scenery and environment? 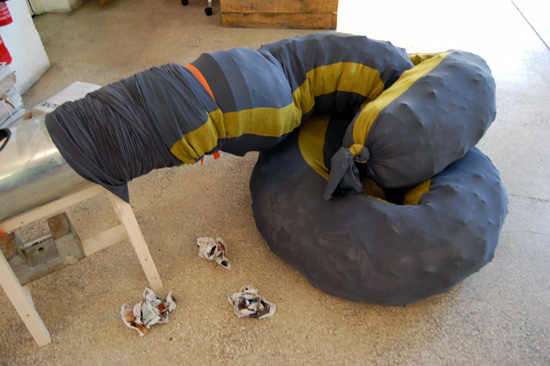 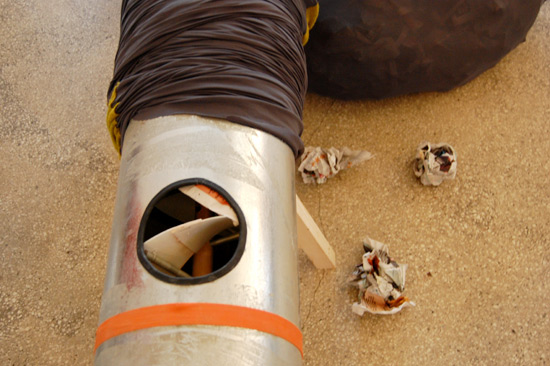 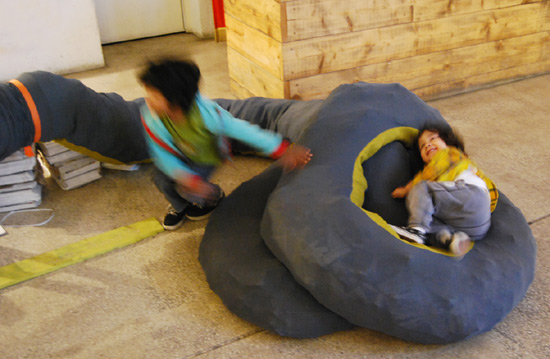 children interacting with the piece 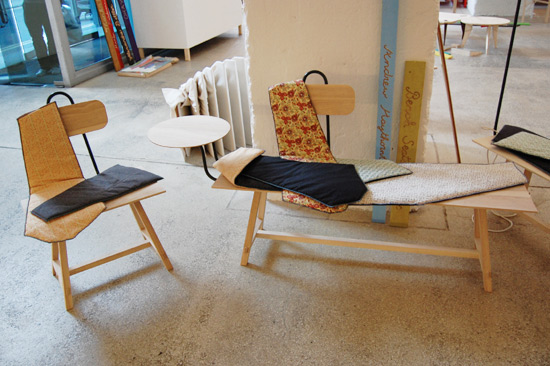 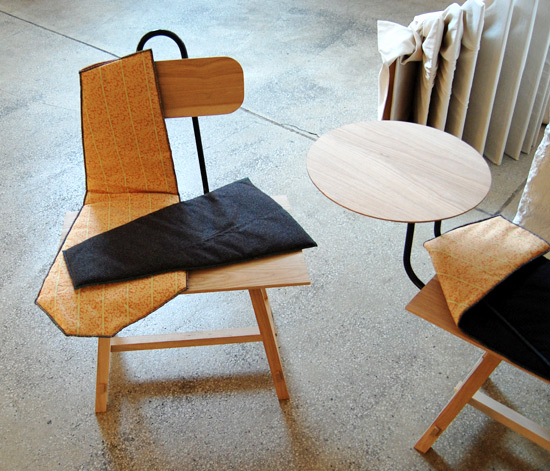