‘snow dust’ is a series of products that are designed to look good with dust.

the series of objects by olga kravchenko, an industrial design graduate from shenkar college of engineering and design in israel, includes a fan, shutters and a lampshade. the project offers a change in the perception of dust which is often seen as an annoyance. during the design process, kravchenko discovered dust looks best when it recollects in a natural environment, or seems to be part of such an environment. thus each object takes on a design that is derived from a branch-like base form, repeating itself to create a 3D pattern, forming a sort of large filter of dust. 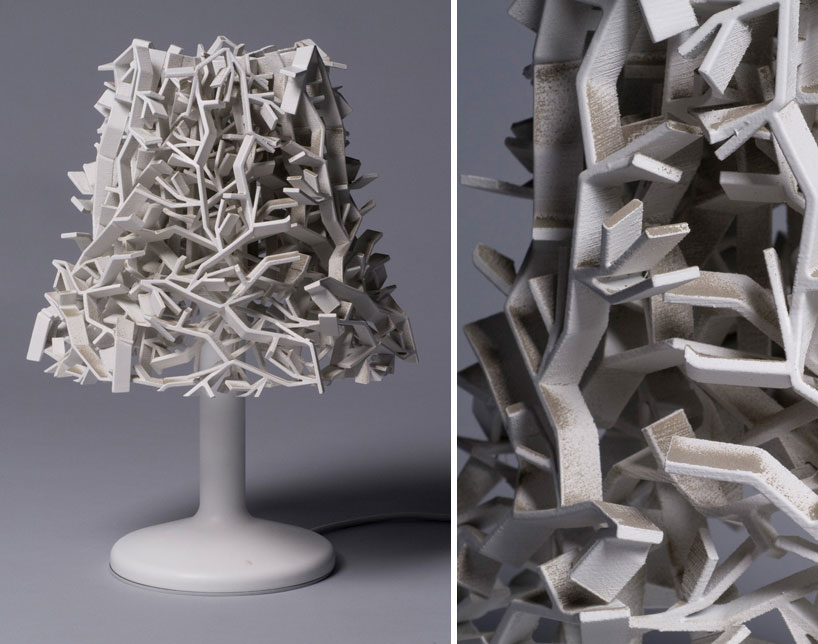 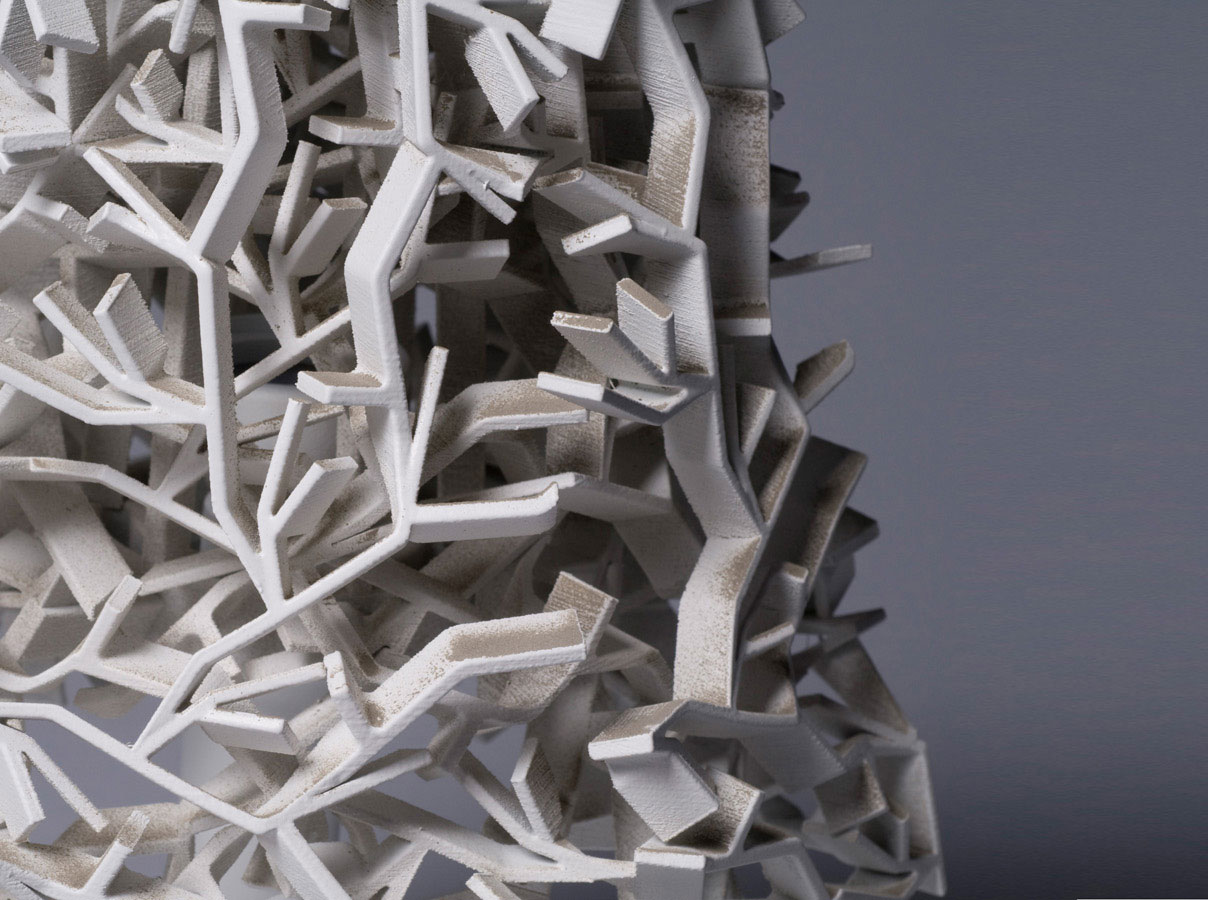 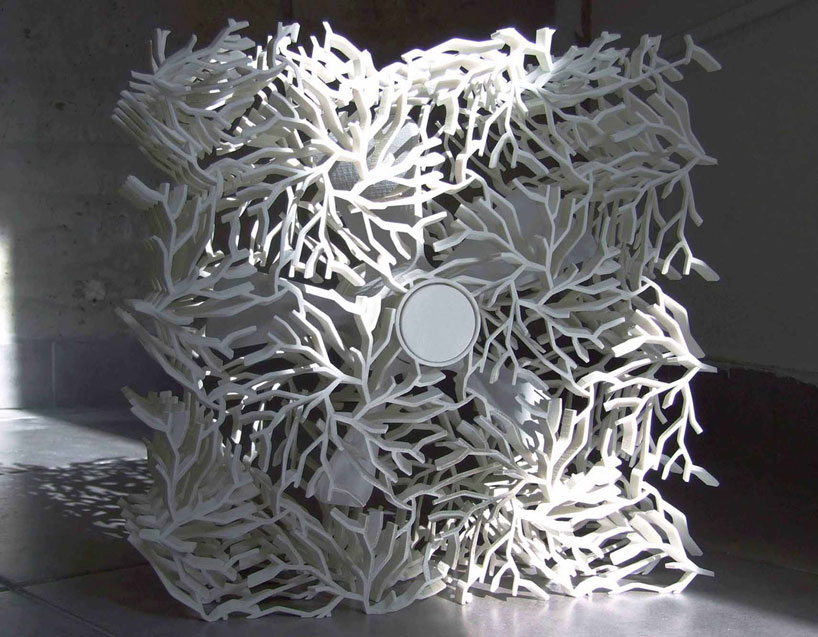 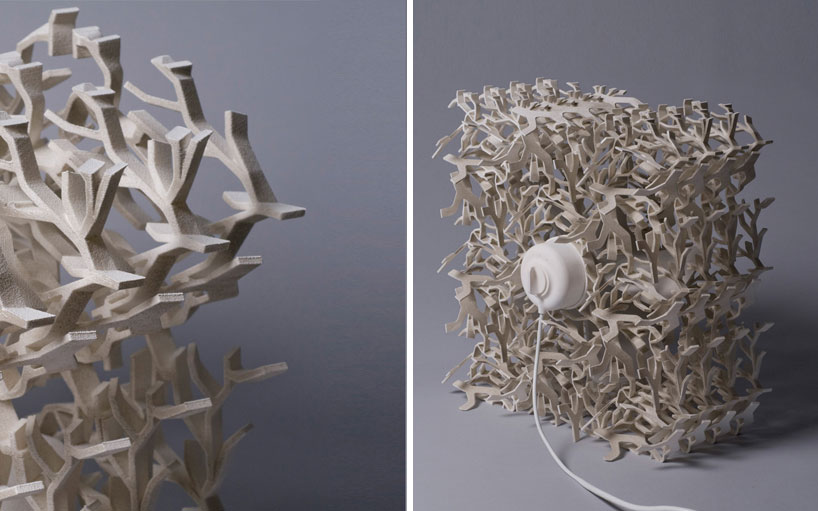 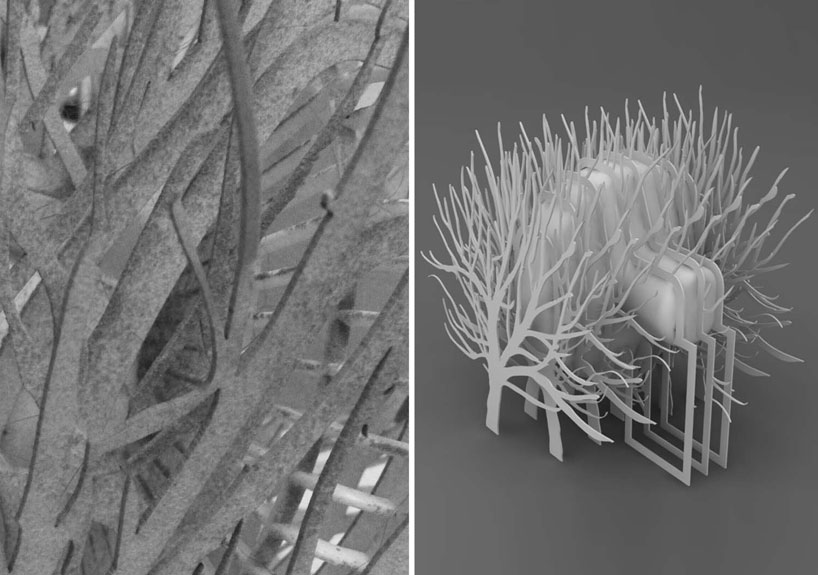 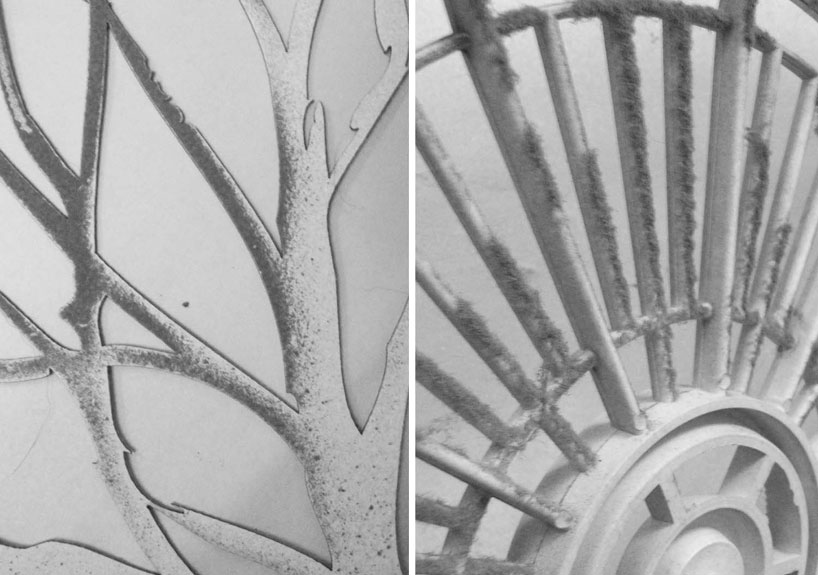 dust collecting on the ‘branches’ of a fan 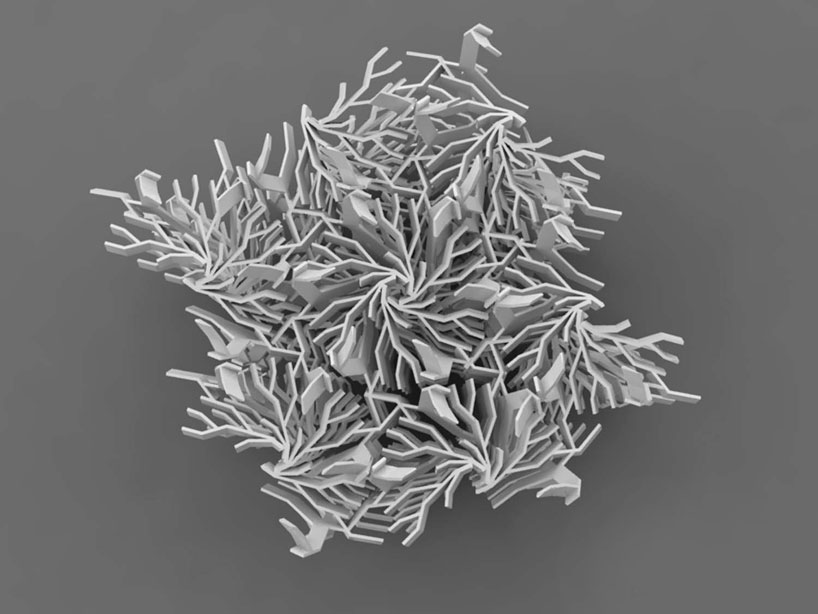 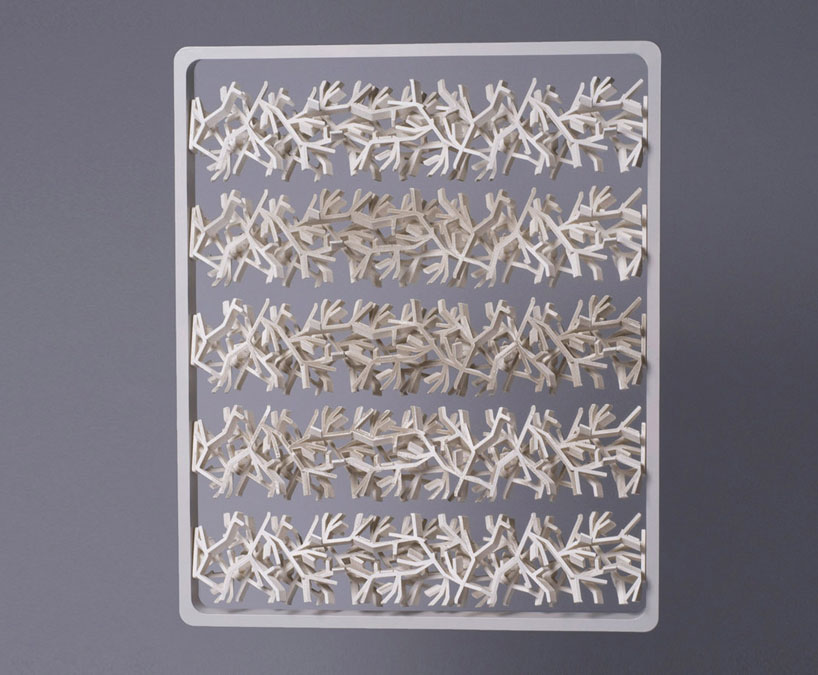 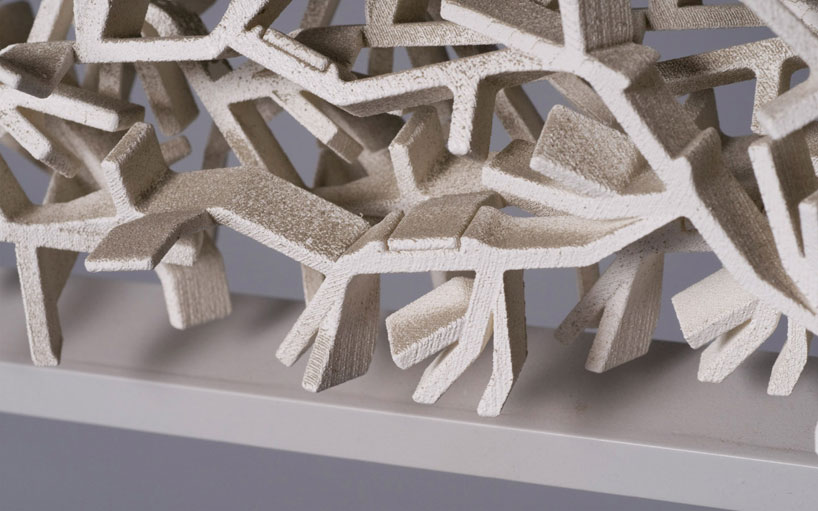