just because it’s broken, doesn’t mean it’s worthless. at least not according to berlin-based designer olli meier, who created the ‘berlin bike lamp’. busted, brightly painted rims are complimented by a semi-organized series of slashed and pop-riveted tubes. inside the partially closed form are two bulbs, which run upwards alongside a single metal element that connects the piece to the ceiling. with a true reuse, recycle spirit, meier offers a construction guide to build your own ‘berlin bike lamp’ on his site, here. 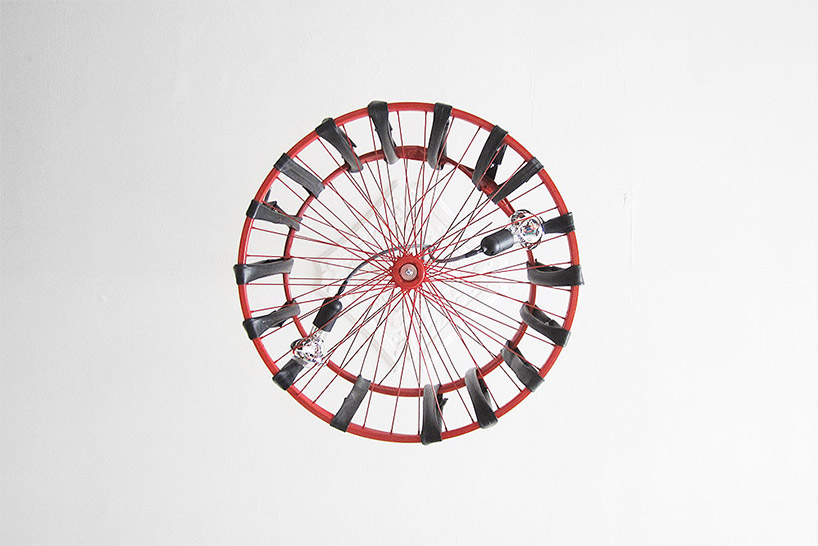 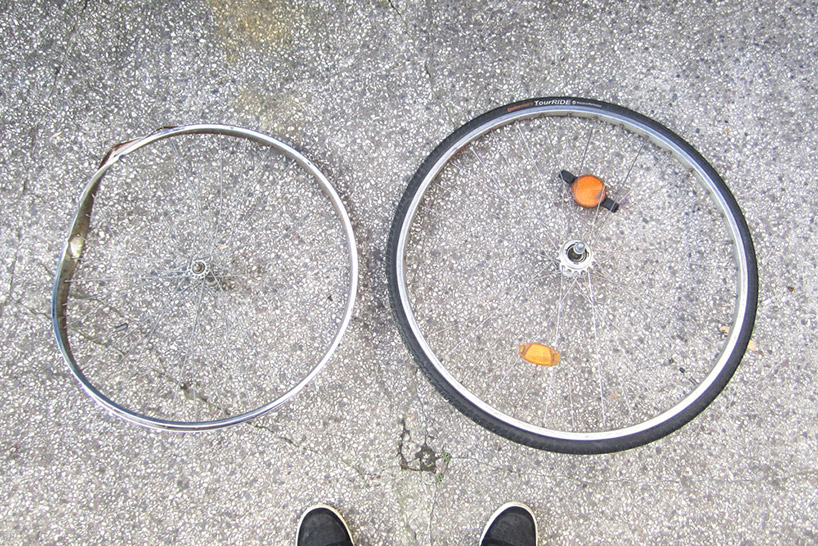 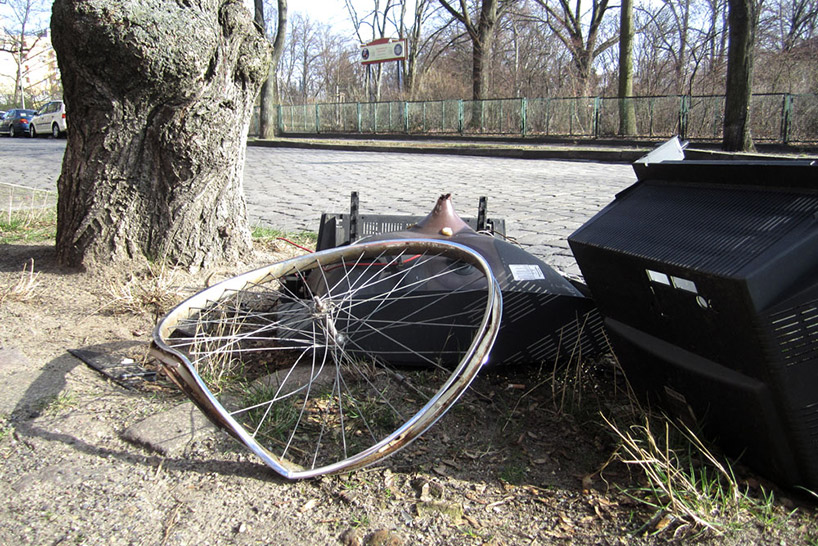 materials source — a.k.a the side of the road