how the ‘opel eye camera’ works with traffics sign recognition

the ‘opel eye camera’ is a traffic sign recognition and lane departure warning system that will be released early
next year in new model opel vauxhall insignia cars. many cars already feature the lane departure
warning system, however the opel vauxhall insignia will be the first car produced that will feature a dual
function camera.the system acts as eyes for the driver, as it scans the road ahead and can read signs
as far as 100 meters. the second feature of the system is that it alerts drivers when they are veering out
of their lane. 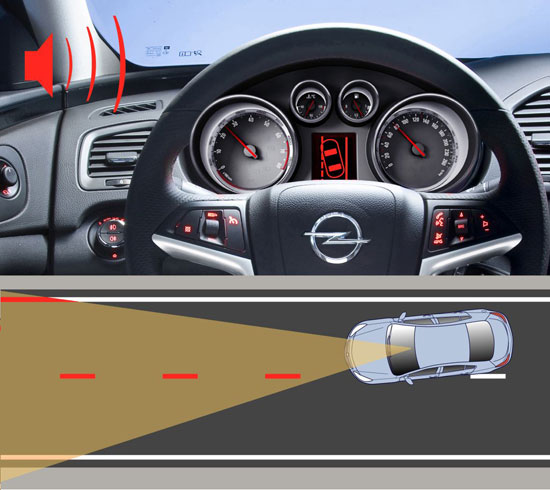