tel aviv-based product designer ori ravgad’s graduation project introduces a new technique to construct wooden veneer objects. this technique was born from a practical research which was targeted to push the boundaries of crafting the wood and to generate a new aesthetic edge. the ‘paipu wood’ method was born from a project which examines the veneer domains, starting from the practical domains, pushing the limits of the materials, arriving at a new aesthetic edge. the methodology included mainly experiments with wood veneer, as well as its relationship with other raw mediums. referencing the traditional ancient method of rolling sushi, the idea of applying it on the strips was born. 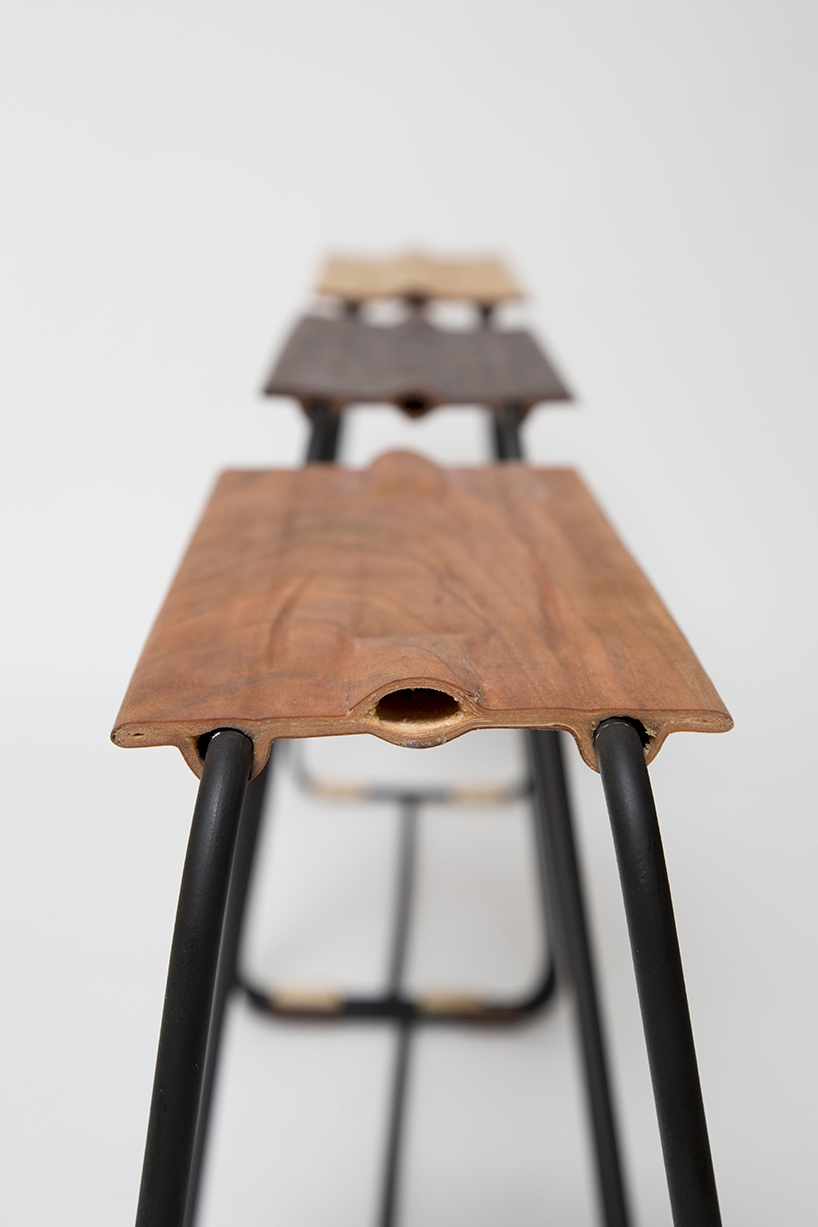 detail of the structural strength

the result is a wooden pipe that has opened the doors to a new dimension of casting, while enabling its practice on a diverse scale of objects. since each piece requires a different set of manipulations, the wooden pipes are compressed in tailor-made molds that operate the different objects. ori ravgad has applied the technique to three projects in paipu wood: a swing, a stool, and a light fixture. together they emphasize the wide range of the wooden pipes as they differ from each other in diameter, thickness, and length, and yet, all of them are crafted by applying the same technique of strip rolling and compressing.

the three-dimensional press generates solid areas versus hollow ones; the transition from one zone to the other aggregates as a rail from threading either the wire or pole, as well as providing a structural strength in the relatively think thickened object. the rolling pipe technique enables an outcome of unified, full surfaces in consistent flows, unlike the one created by applying lamination of veneer, which is perceived as layers in the perspective of a cut. in the end, the paipu wood rolling and compressing technique combines hand-made crafts with mass production manufacturing, while it stretches out the definition of pipe. 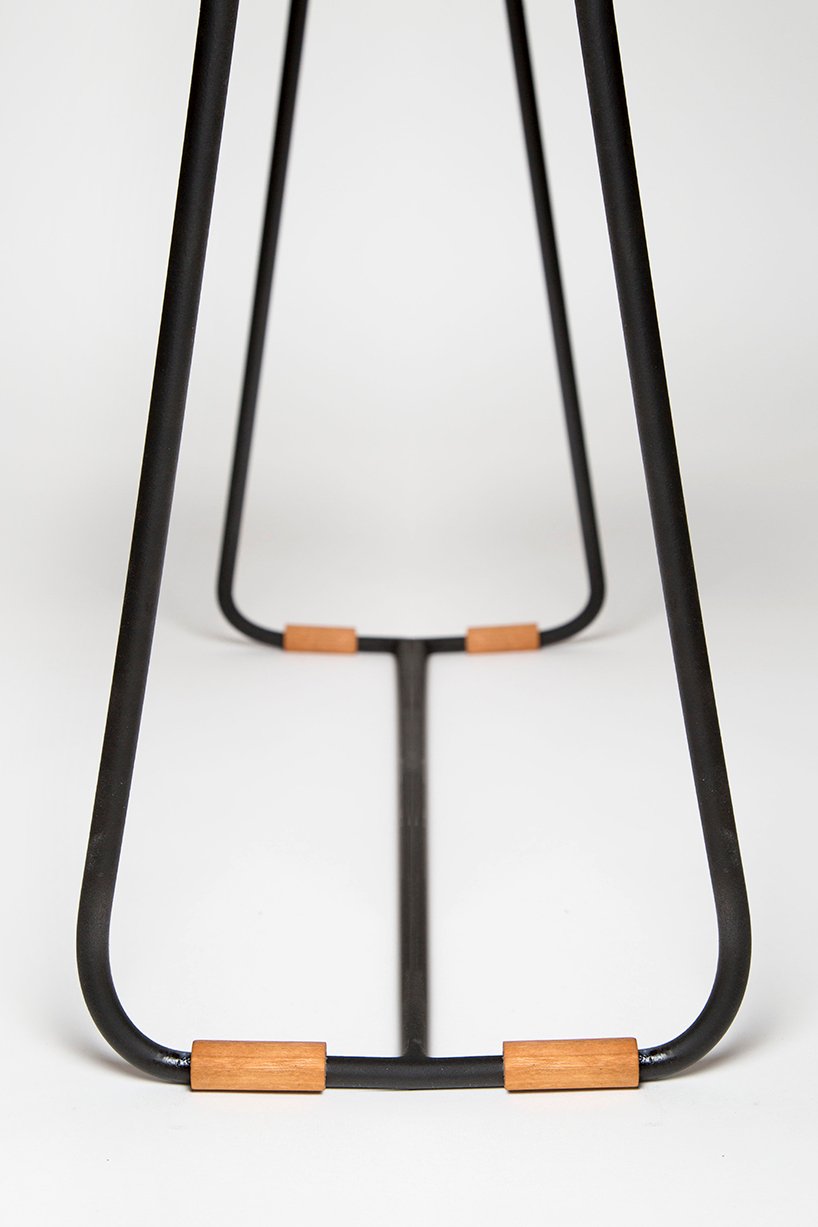 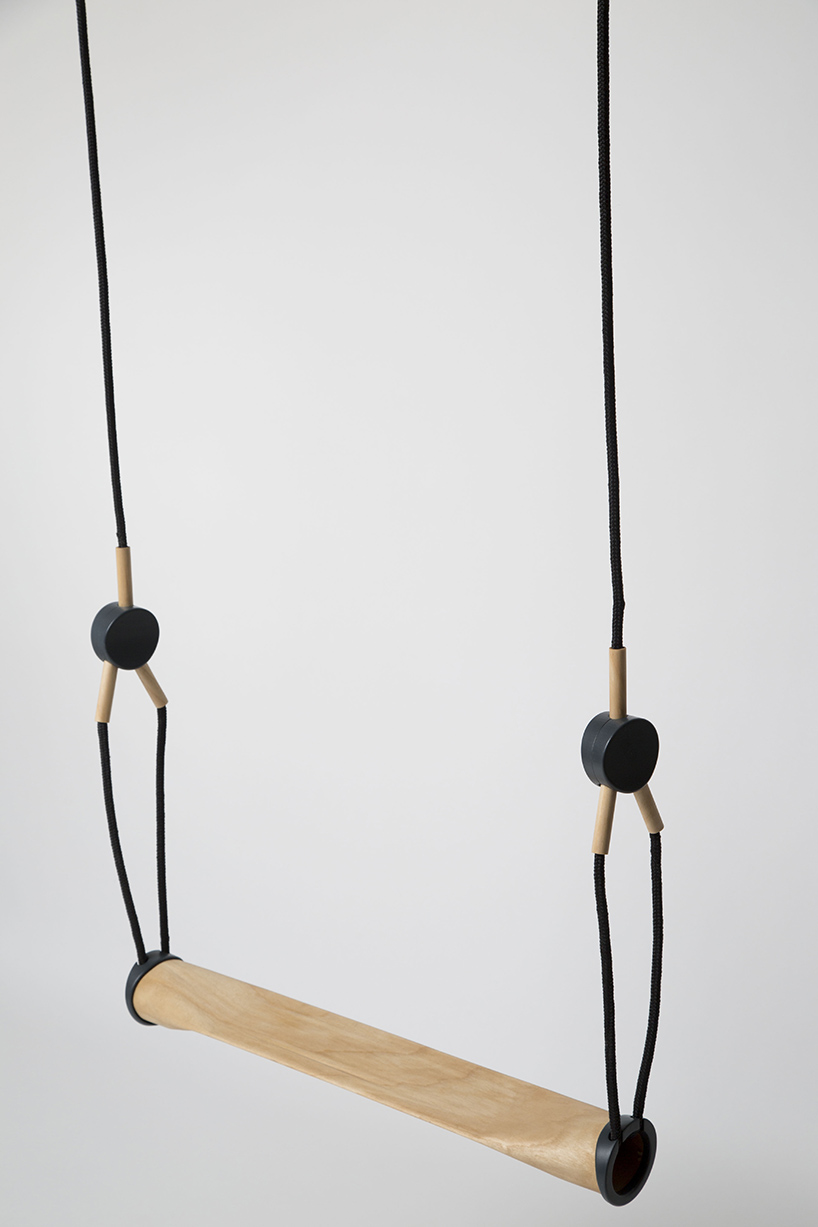 the wooden pipes are compressed in tailor-made molds 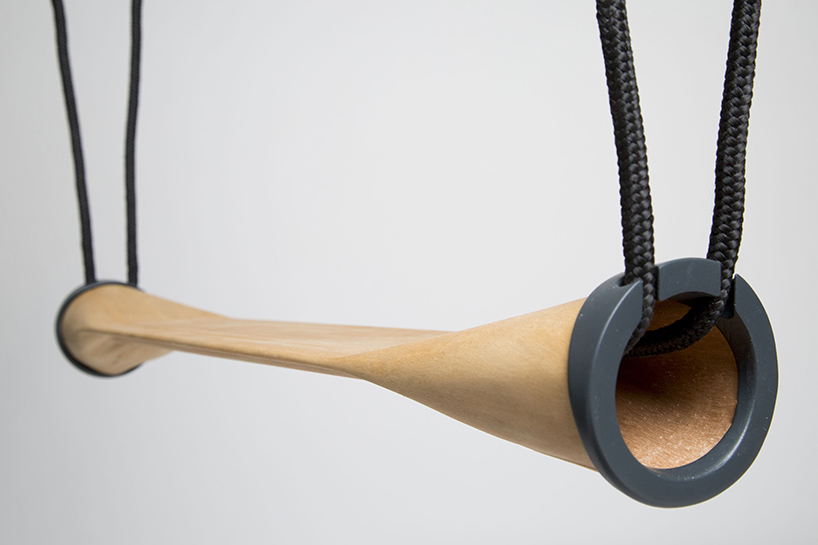 from a full surface to a hollow one 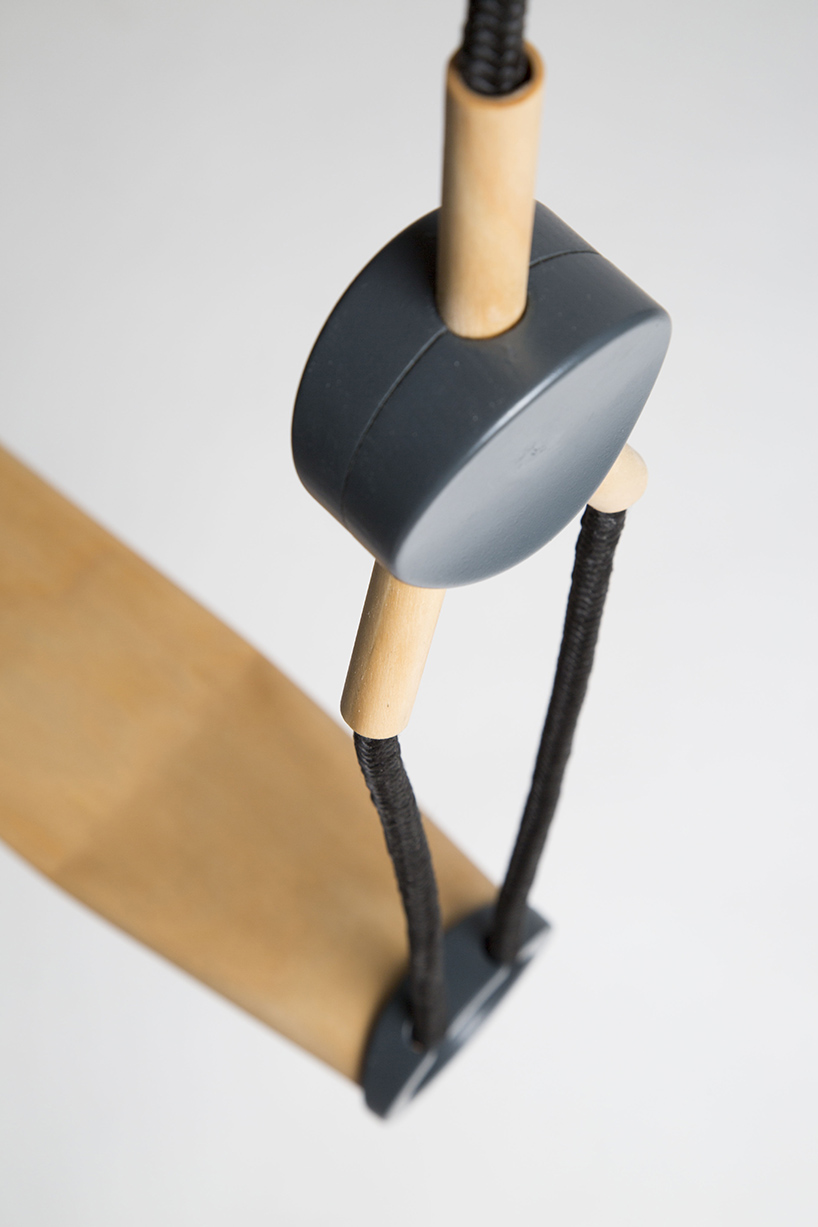 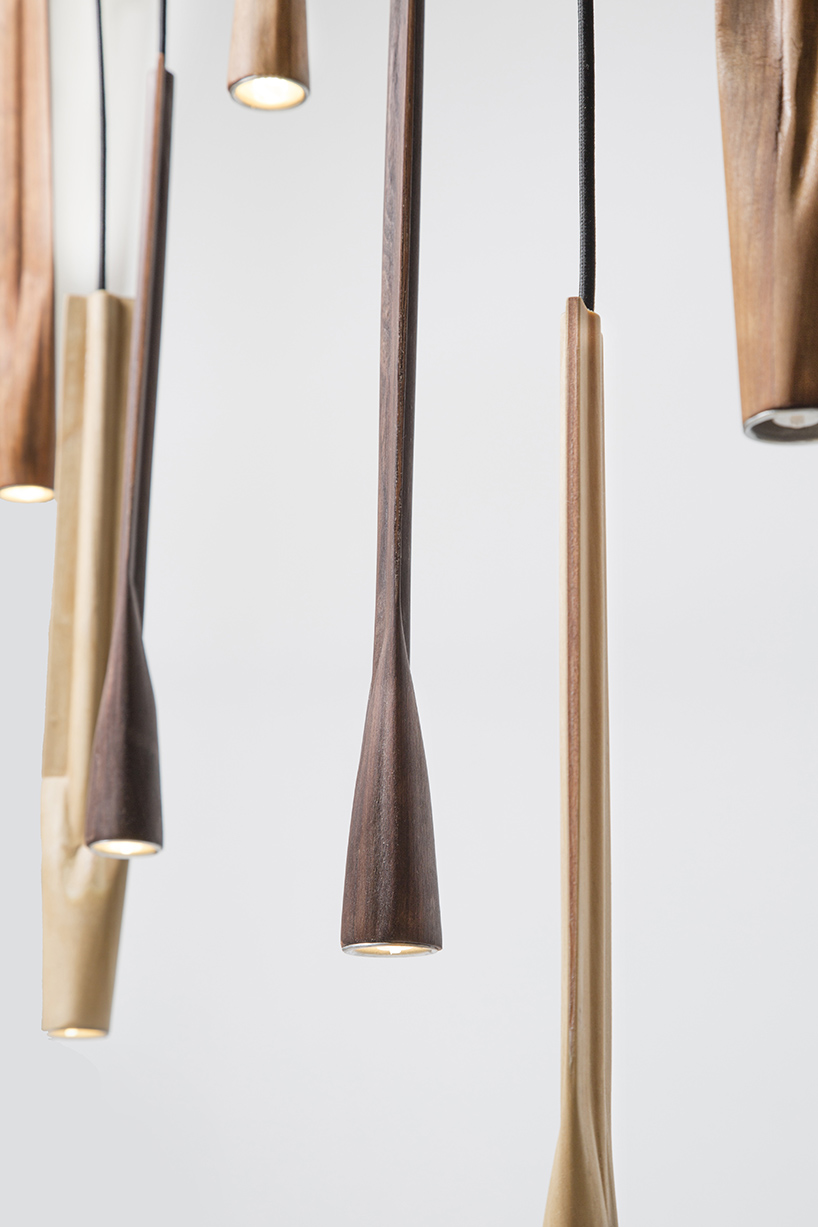 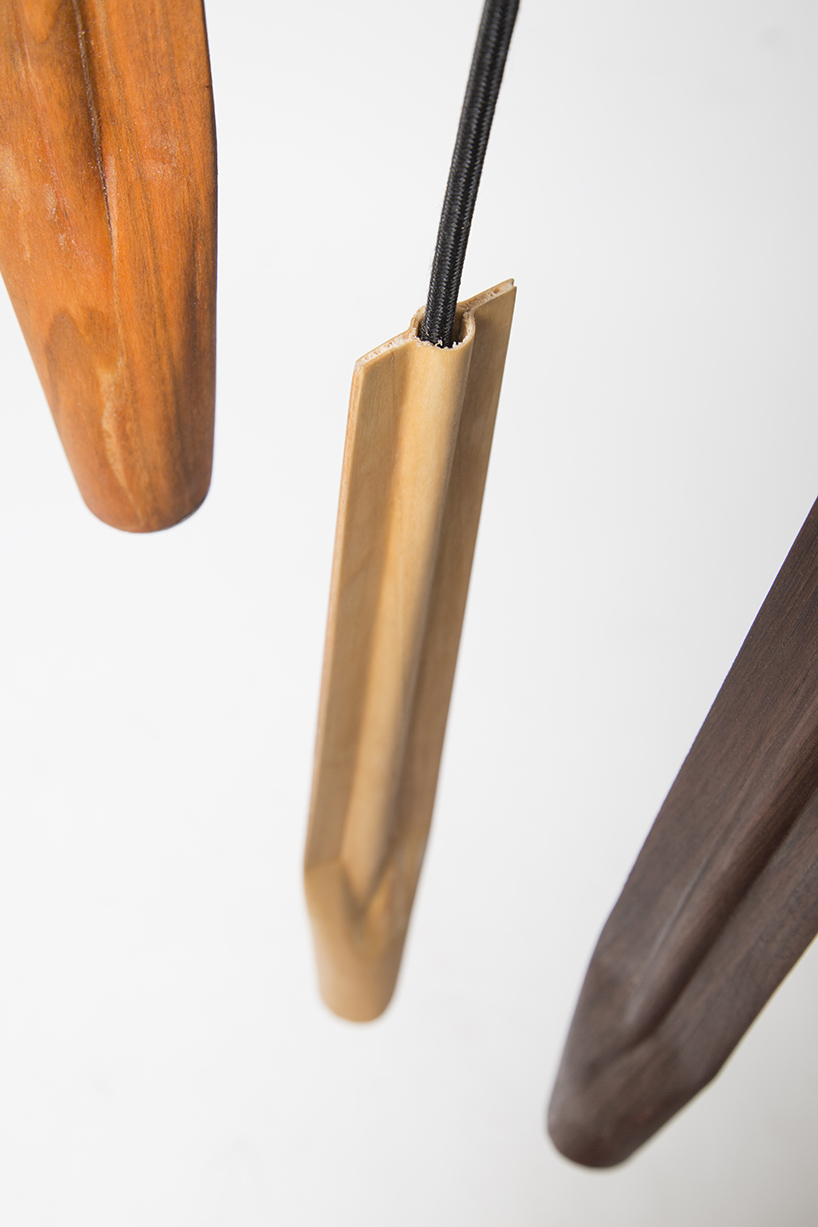 light fixture, detail, looming the cable in the tunnel 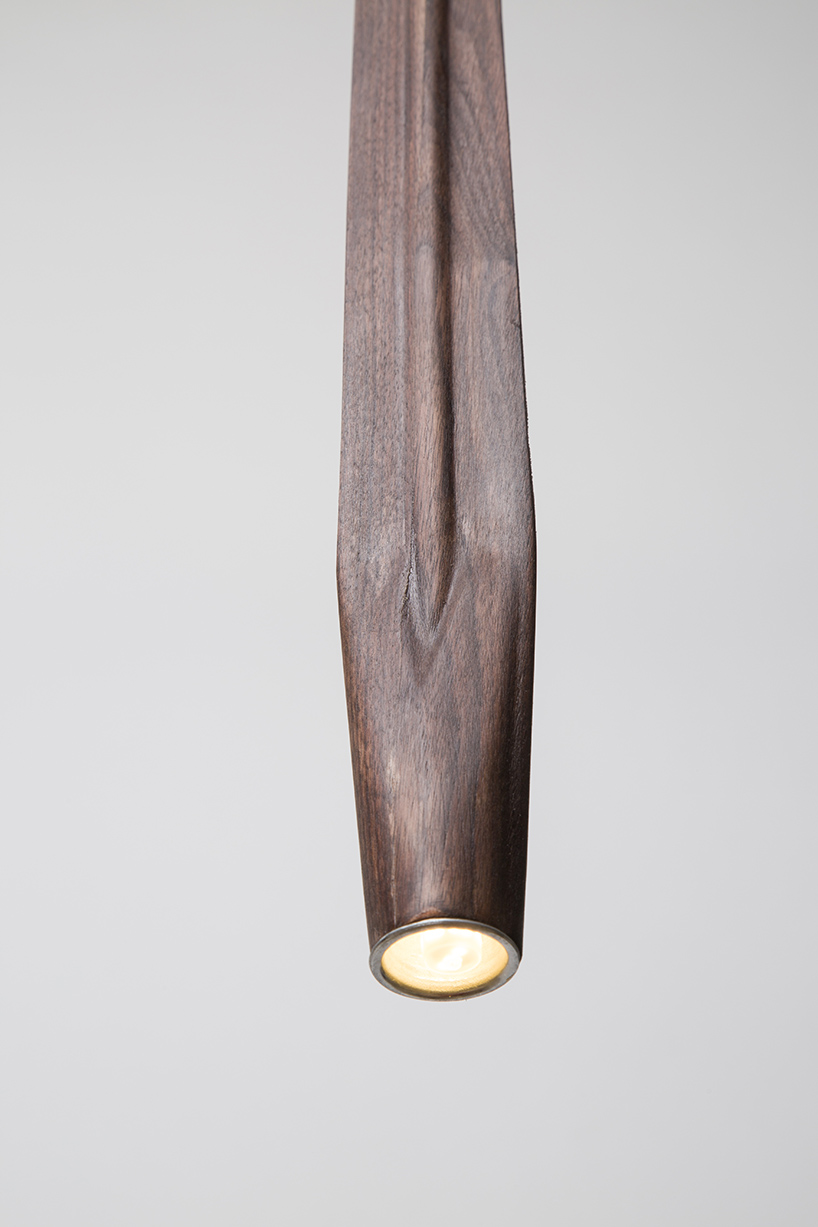 the socket has been hidden inside the wood tubes 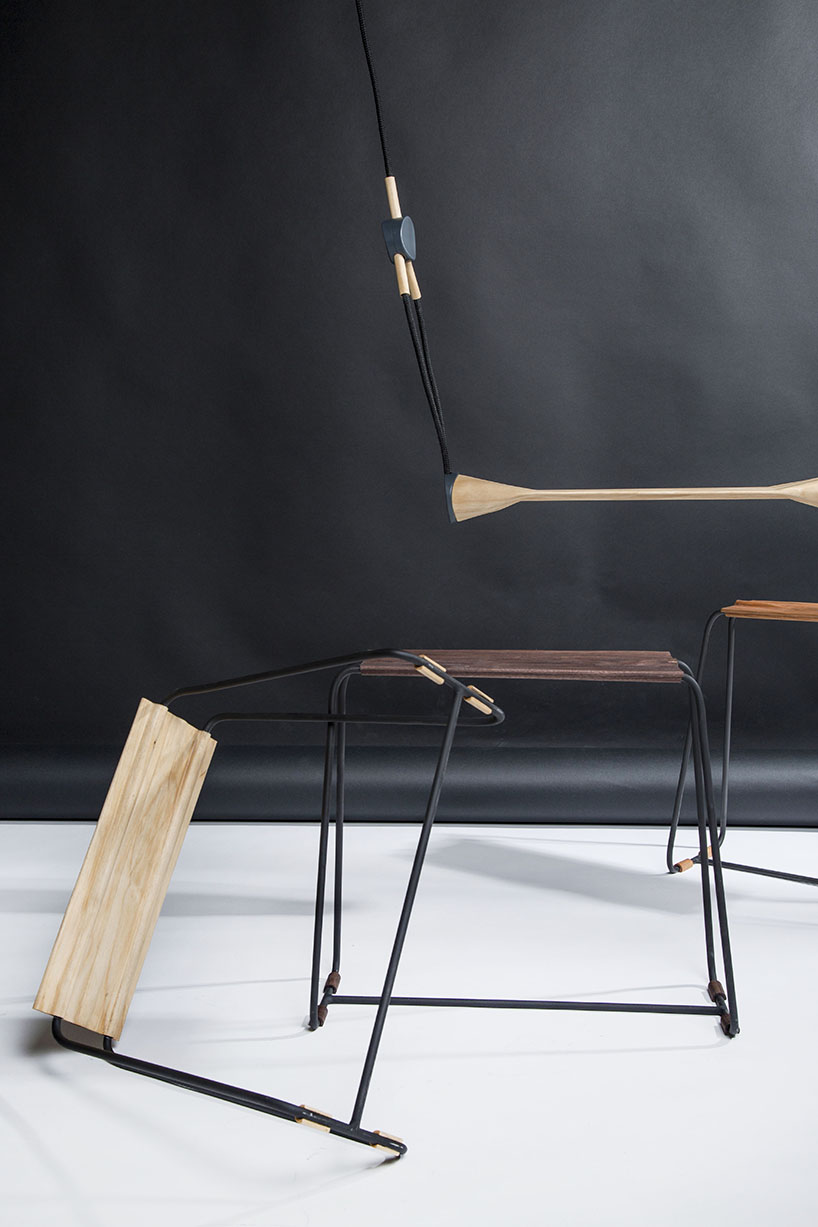 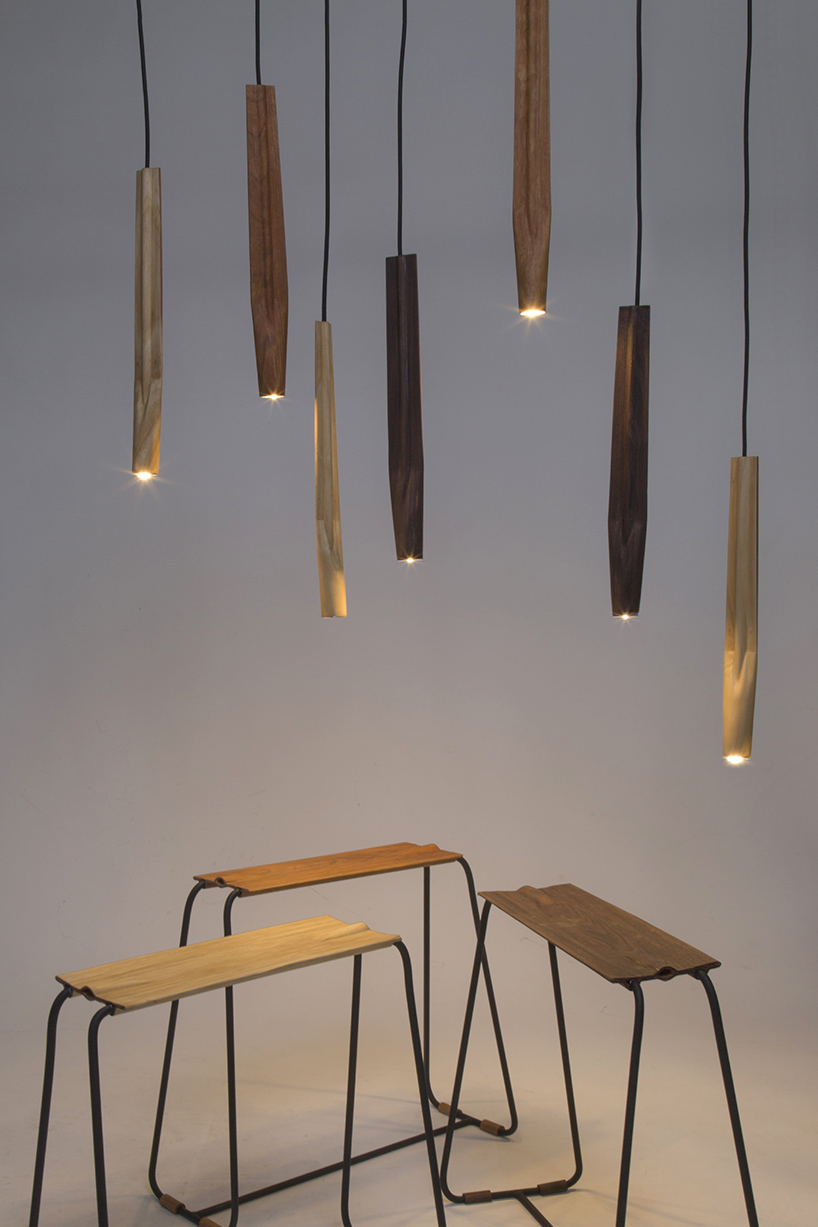 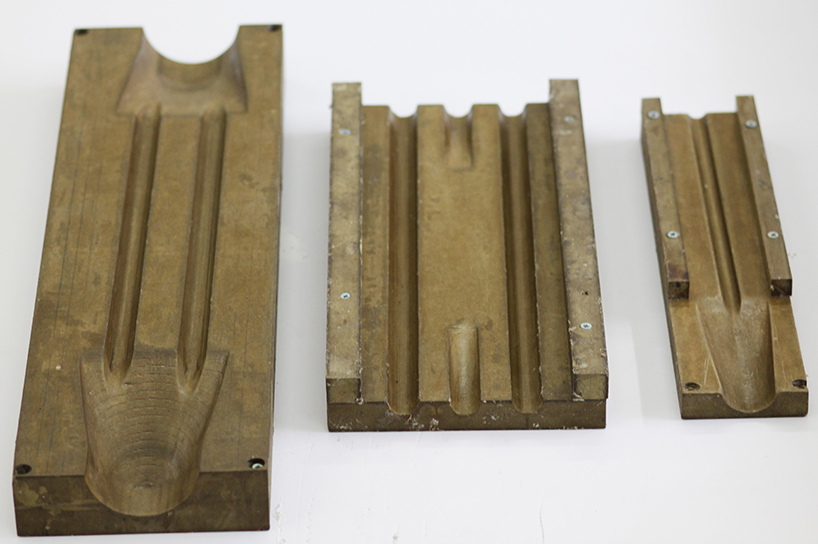