to commemorate this special collaboration, alessi has teamed up with gli ori to publish a new book, which launched yesterday in milan. ‘orientales: eastern stories through western eyes’ chronicles the design project from start to finish. inspirational photos of taiwan are juxtaposed against the final ceramic designs of giovannoni and takeda. the book also features an introduction by designer alessandro mendini, which you can read below. 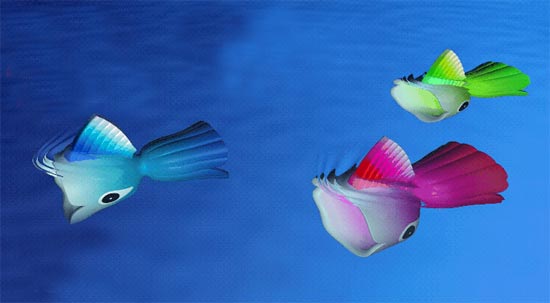 ‘taking pop concepts as a point of departure, for some time now stefano giovannoni has been devising a range of small useful characters for alessi, an animation of images, metaphors of tools, organized according to genera and animal, human and plant species, and displaying the qualities of games and fairy tales. a narrator, a devisor of design stories, a seducer, an inventor of worlds that are polite, cheerful and suited to the agreeability of his audience. worlds of typologies for sophisticated household uses, but also conceived with the knowledge of a gastronomist, of someone who is deeply familiar with food ceremonies because he practices them.

the experience of the small new characters, which arose out of the youthful energy of taiwan, is a very interesting case of methodology. it marks the creation not only of a new language but also of a new approach to design. his crowd of small chinese figures, who are obliging by nature, stem from the inspiration, from the matrix of an icon, the symbol or mascot created for the national palace museum in taiwan: smiling mr. chin. 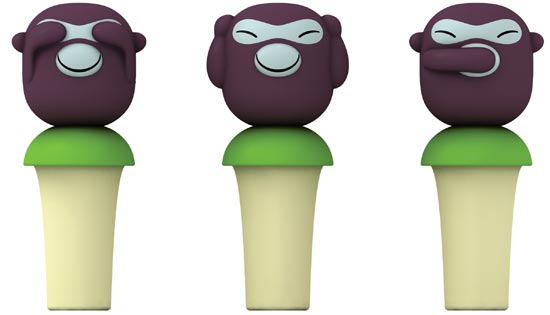 the director of the museum requested a group of ten characters to express and sum up the significance and the long history of the largest and richest concentration of masterpieces belonging to the chinese tradition. giovannoni came up with a system of miniature oriental – or rather pseudo-oriental – figurines. elegant and ironic, these magic, museum-shop totems generated, almost through a process of spontaneous proliferation, an ordered army wedded by rules and hierarchies. the number of pieces and dignitaries cannot fail to bring to mind the marvels of the unearthed warriors, the giants of qin shi huang. crowds, countless numbers of people befit the chinese. as clothes, costumes, transparent qualities, lacquers, carvings, doodles, customs, decorative items, tools, nuances, cosmetics and colours befit their past. giovannoni has worked on this sophisticated iconography, tying it in closely with the idea of obtaining functional products that are attractive everywhere, both in the east and the west. in other words, a culture of ‘over here and over there’. the search for a form of expression, for an asian morphology arising out of a ping-pong movement between the west and the far east. all this has led to the designing not only of the characters but also their ‘furnishings’, that is containers, cutlery, plates, bowls, items for sushi, drawn not only from the human figure but also from plant (pomegranates, bananas) or animal (fish, birds, monkeys) species. it is a new way of viewing western design, where inspiration is grounded in the oriental, tropical, exotic memory of things, but is still directed towards obtaining a cosmopolitan and international aesthetics. 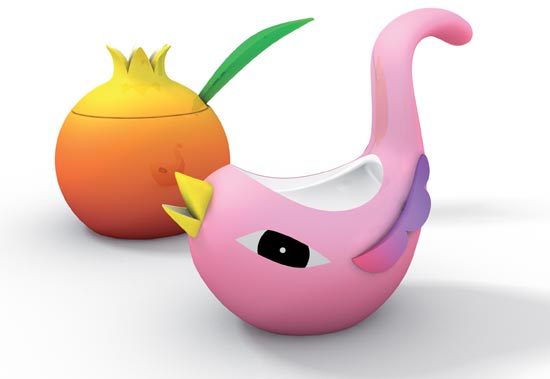 this is a far cry from the international style that colonized asia, and the complete opposite of the kitsch of orientalism that was once a western fad. two strong cultures now stand before each other, and the design, organizational, manufacturing and product structures draw the interwoven threads even closer, making them ever more integrated. the cold, off-putting aridity of late minimalism can draw fresh breath and be regenerated from the enormous pool of hybrid languages to be recovered, moulded and reinvented. new icons that have re-emerged from ancient icons of the ancestral depths. with this project, giovannoni seems to be proposing and pointing to a new design practice, to something very different, to a more mature methodology with regard to the highly topical issue of the cultural bridge between east and west. and he once again confirms himself to be a skilled narrator of three-dimensional fairy stories of design. mr. chin’s family is an example of a further virtuoso quality of his sensibility, that of bringing out hidden desires in his audience, the candid side of his admirers when they play at the table or in the kitchen with his objects, which are games but also rigorously functional specialist tools.’ – alessandro mendini from ‘orientales: eastern stories through western eyes’

see designboom’s other stories on the ‘orientales’ series by stefano giovannoni for alessi here and here. 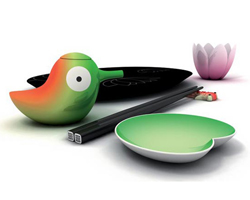