BYU (brigham young university) engineering professors have designed a lightweight origami-inspired bulletproof shield that can protect law enforcement officers from gunfire. based upon a yoshimura origami crease pattern, the barrier can be assembled in just five seconds and folded compactly when not in use, making it easier to transport and deploy.

in working with law enforcement, BYU (brigham young university) learned much of what is currently used hasn’t evolved much from medieval times: shields that are mostly flat, awkward plates that cover only one person. current barriers are so heavy and cumbersome they make it difficult for officers to move into position. in response to these issues BYU researchers designed a compact version using a yoshimura origami crease pattern made from 12 layers of bulletproof kevlar which expands around the officer when constructed. 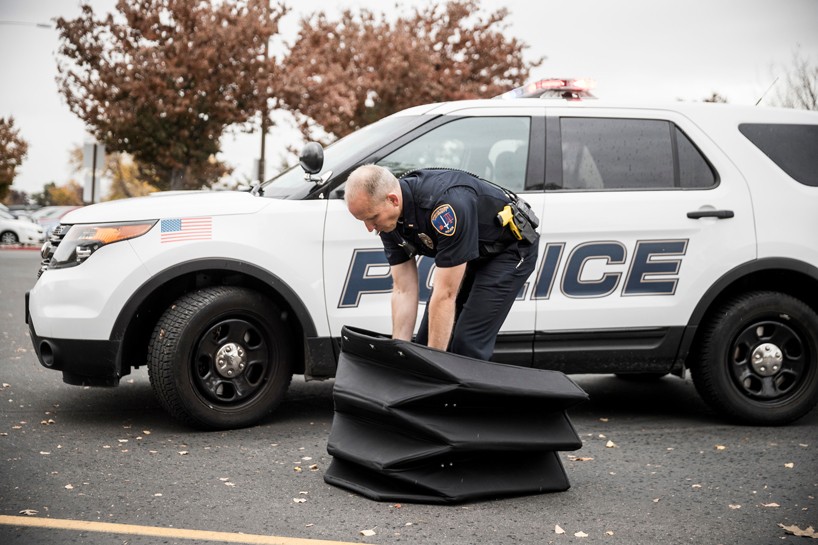 at only 55 lb (25 kg) the barrier is almost half the weight of current steel-based shields and can safely protect two to three people at once. in testing, the barrier exceeded researchers expectations by successfully stopping bullets from 9 mm, .357 magnum and .44 magnum pistols. 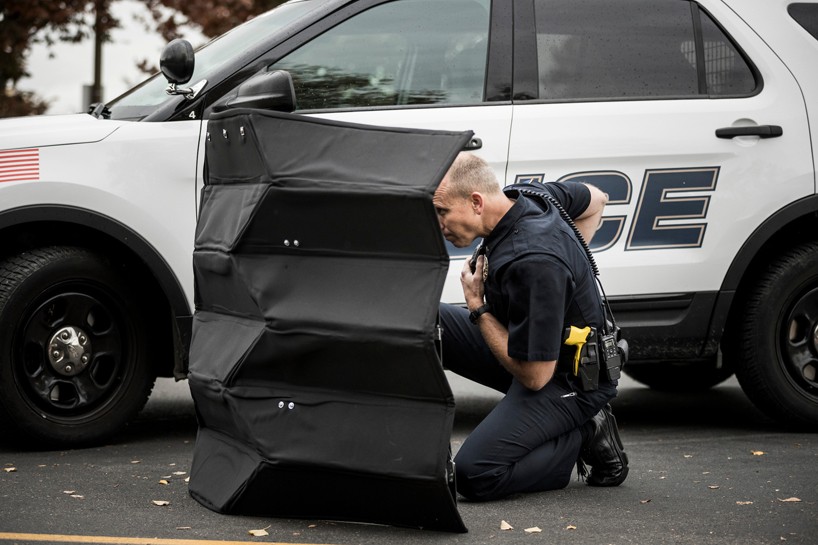 ‘it goes from a very compact state that you can carry around in the trunk of a car to something you can take with you, open up and take cover behind to be safe from bullets,’ said terri bateman, BYU adjunct professor of engineering and research team member. ‘then you can easily fold it up and move it if you need to advance your position.’ 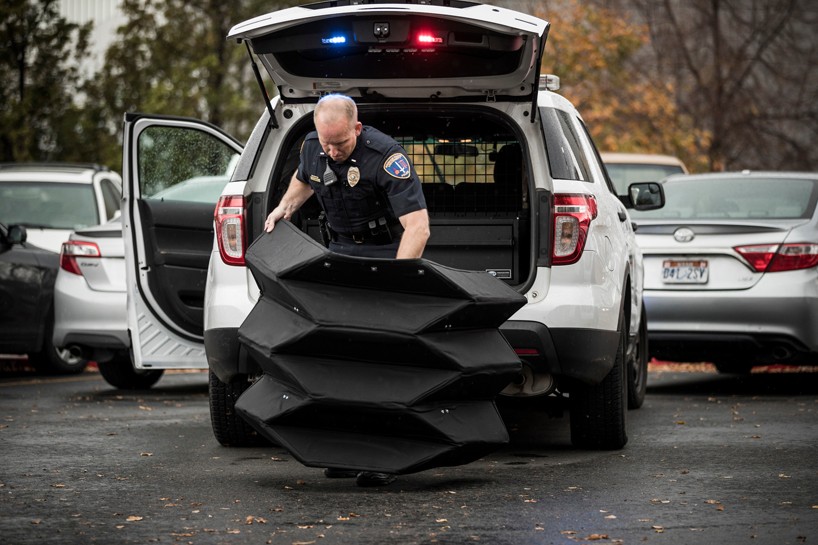 in addition to protecting police officers, researchers believe the barrier could be used to protect children in a school or a wounded person in an emergency situation. ‘there are a lot of risks to law personnel and we feel like this particular product can really make a difference and save a lot of lives,’ bateman said. ‘it makes us feel like we’re really making a difference in the world.’ 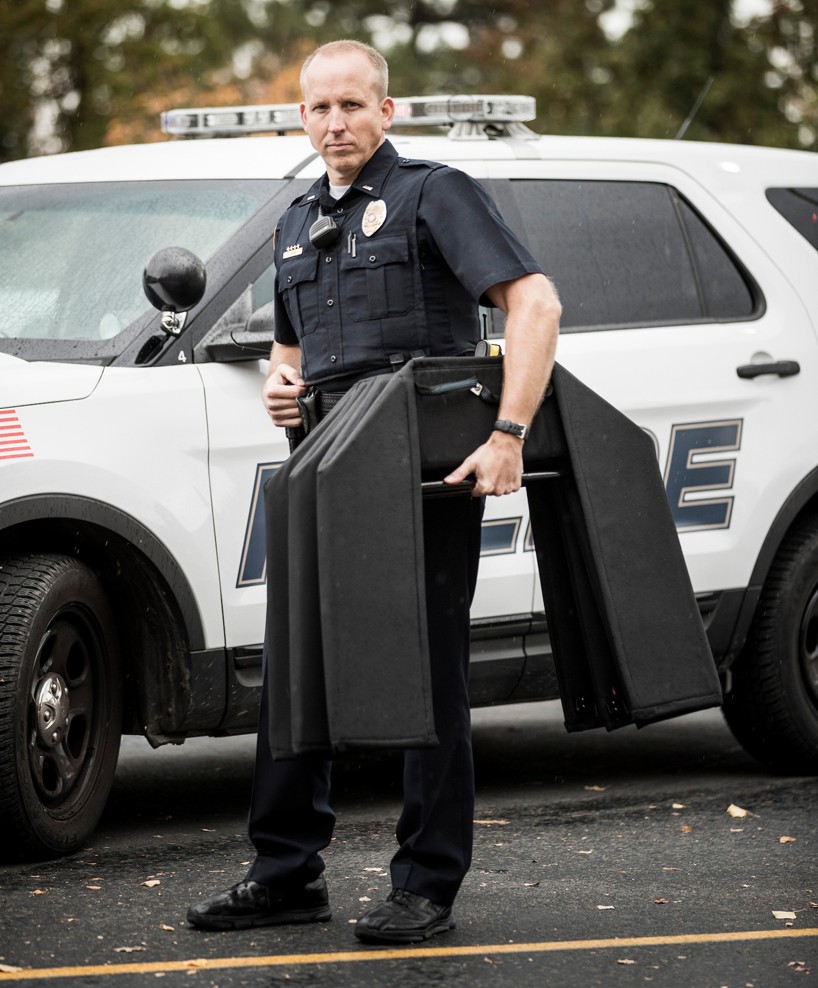 May 09, 2021
unfolding the art of pleating: history + techniques that have fascinated the world of fashion
human touch, tradition, experience and entrusted knowledge is still very much at the heart of this painstaking and time-honored craft.
design
491 shares
connections: 78