‘osmose’ by metalco, 2012 all images courtesy the designers

italian street furniture design company metalco has developed an interactive, outdoor public transit station for paris entitled ‘osmose’. the ‘smart stop’ at gare de lyon station has been fashioned by french architect marc aurel of MA studio, and is the first of what will be several interactive transport stations placed through out the city. ‘osmose’ is metalco’s solution to the needs of parisian commuters, taking into account the needs of people with disabilities and able-bodied persons of the 21st century.

the steel canopy resting space, measuring 85 square meters, is located at gare de lyon and is divided into three open-air components. when facing the station, the left most segment is made unique by a collection of illuminated, still maps of the area with transit times decorating the wall next to the design. gare de lyon visitors may purchase their tickets from a kiosk housed next to these back-lit maps.

the second segment boasts two benches, one facing the traffic of the street while the other mirrors its position on the opposite side. the seating systems a frame a pane of glass which is decorated by the city streets of paris drawn in the form of a heating system in white. this central section also boasts an interactive digital map next to the street-side seat which dictates the location of the approaching bus in real time. to the furthest right in the steel structure exists an open air reading room made comfortable by a bench identical to those of the central component, outfitted with a shelving system containing a small lending library. metalco has also incorporated electrical sockets for recharging small personal devices a bike charging station situated to the rear of the open-air building.

gare de lyon station’s elongated, white form is made brilliant by strategic lighting in which the colors range from blue to violet depending on the time of the day. the heated glass segment depicting a map of the city streets is showered in a warm red light in the evening. the aural component of the structure includes a diffusion of sound emitted– a gentle alert for passengers to understand when a bus is approaching. 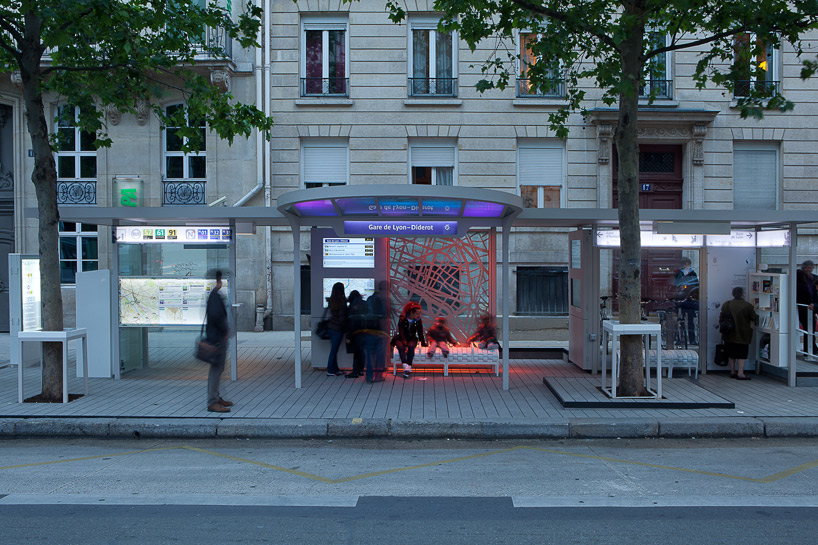 the three-segmented urban transit stop hosts an interactive, illuminated map, a resting point with benches and a public lending library 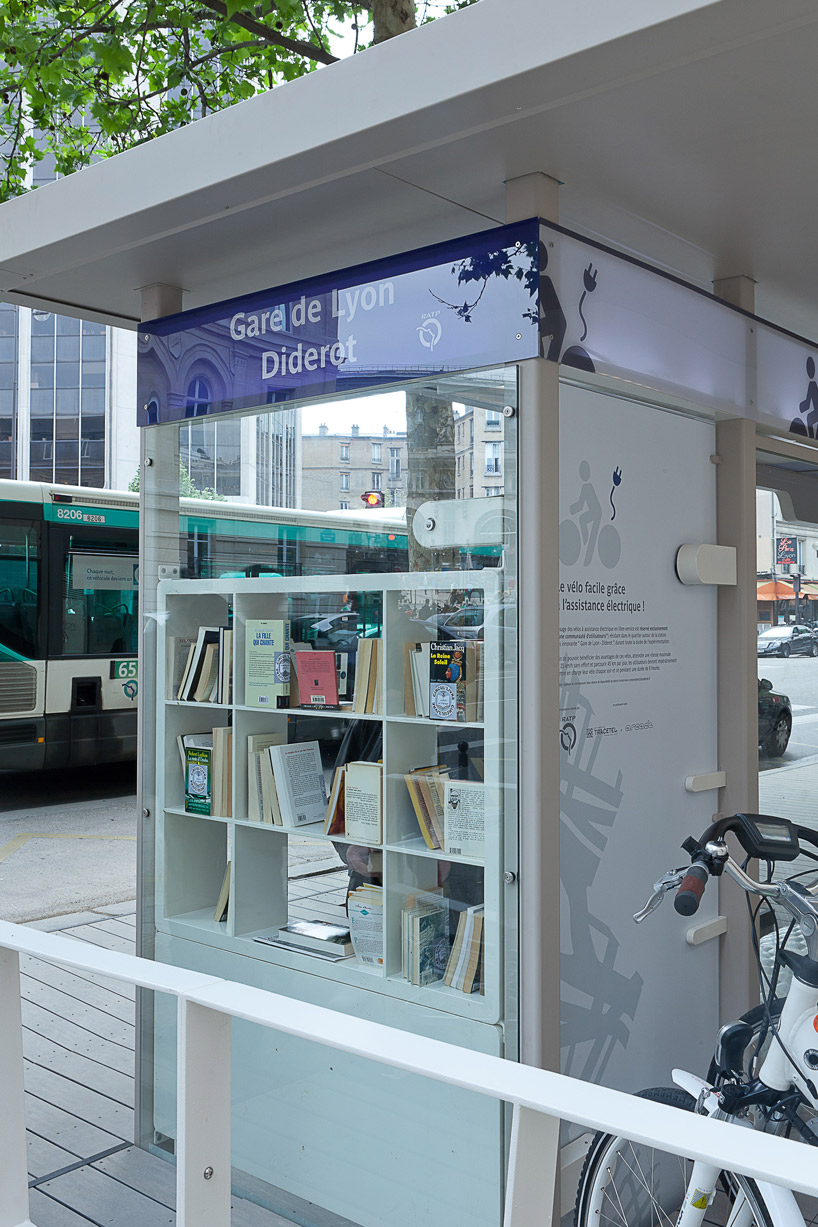 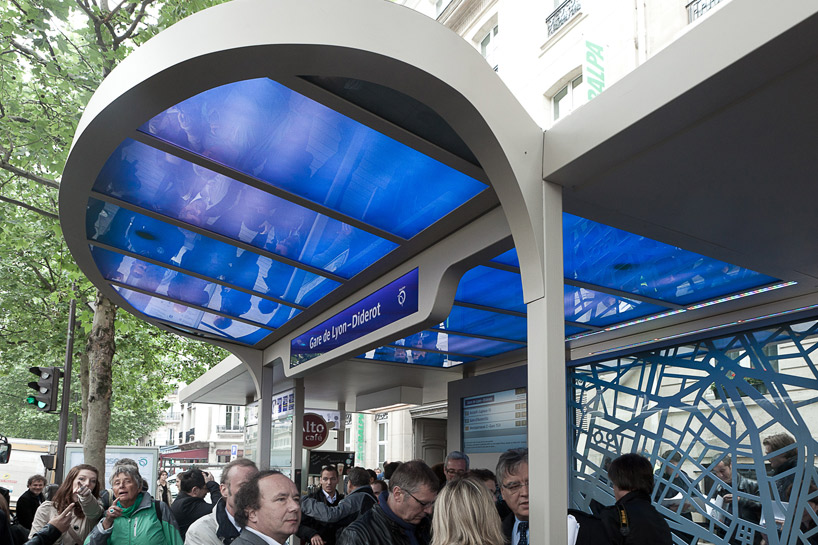 a view from the opening of the site 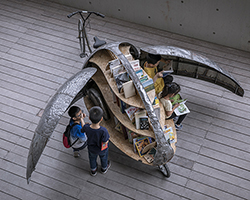 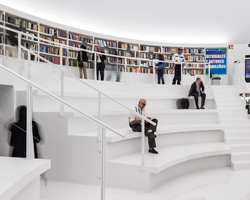 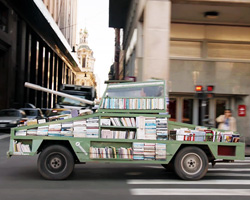 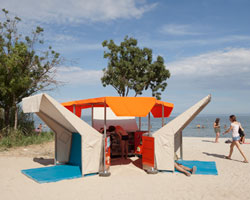