designed with the intention of selling it via mail order, the chair is fabricated with an internal airtight polyester cloth pouch and a double lining that contains a two-part liquid polyurethane foam. activating a switch on the side of the flat chair, the user can start the release of the material, causing it to combust and fill the inside. the ‘pack chair’ will get its ultimate shape when the double-walled textile fibers harden on the contact with the emulsion of these two chemical products. perhaps you’ve seen a demonstration of polyurethane ingredients being mixed together, causing a very rapid and almost violent foaming reaction…within a few seconds the form is rigid. 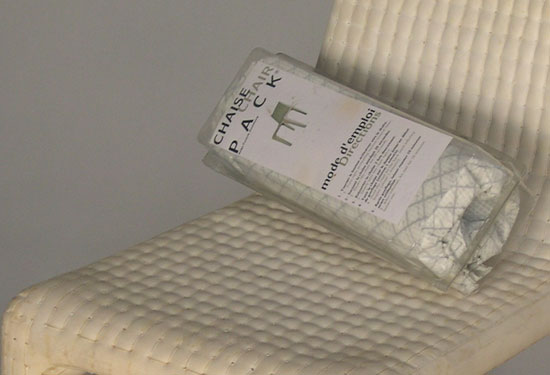 the chair is packed ready-to-be-built

the invention was patented by french designer françois azambourg in 1999. ‘pack chair’ simultaneously represents the shape and the textured covering, no inner steel construction is needed. the azambourg aims to transform the consolidated production process and states that this invention could allow large savings in manufacturing costs (but as the manufacturing industry has not yet recognized the potential of this invention, to date, only five prototypes exist). 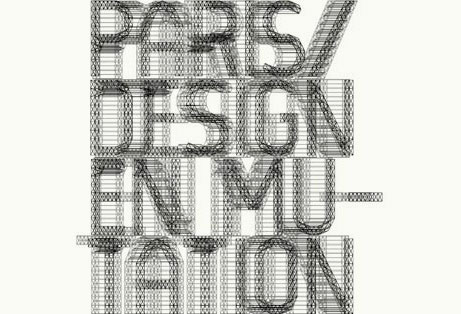 the ‘pack’ chair is currently on show in the exhibition ‘paris / design in mutation’ at the design centre of the UQAM (university of quebec) in montreal, canada this traveling exhibition runs until march 1st, 2009 and will then go to the espace fondation EDF in paris from mid april to the end of august 2009. 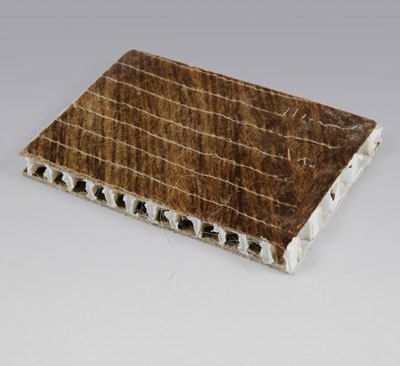