today is monday, november the twelfth. alicia has had the worst monday of the whole year. when she woke up this morning, there was no hot water so she ended up taking a cold shower. it was raining and valencia’s road constructions were causing monumental traffic jams she arrived late at the school. kids were especially naughty. one of them just jumped off the top of his desk and nearly cracked his head open. 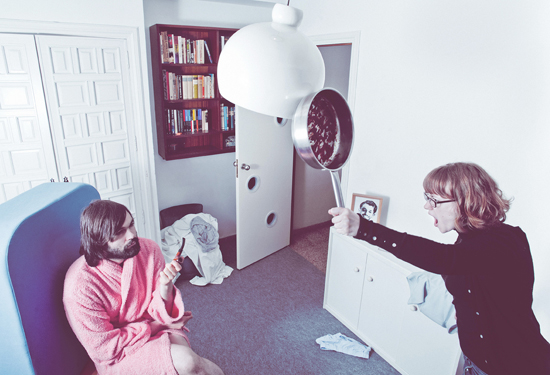 even more, once she finished her day with the kids she had to meet with a student’s parents and on the way back home she suffered the same traffic jam she put up with in the morning. 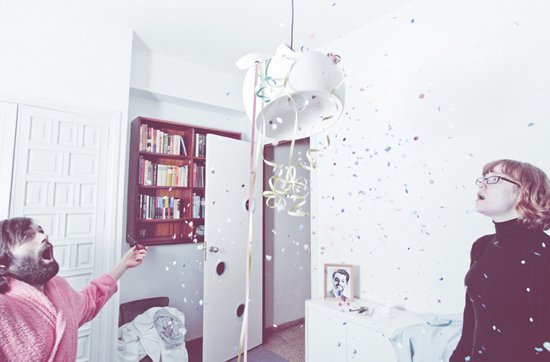 pablo is not working this week, he has a little holiday. alicia wanted to tidy up the house on saturday but pablo refused, arguing that he could do it during the week as he was not working. 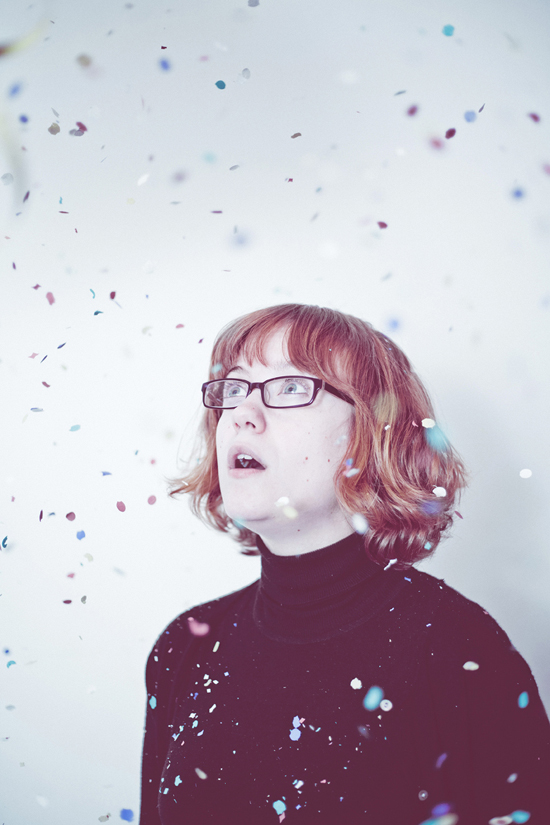 even so alicia, when she got up on monday, wrote a list with the things that needed to be done in the house: ironing, washing up, dusting and tidying up the living room. 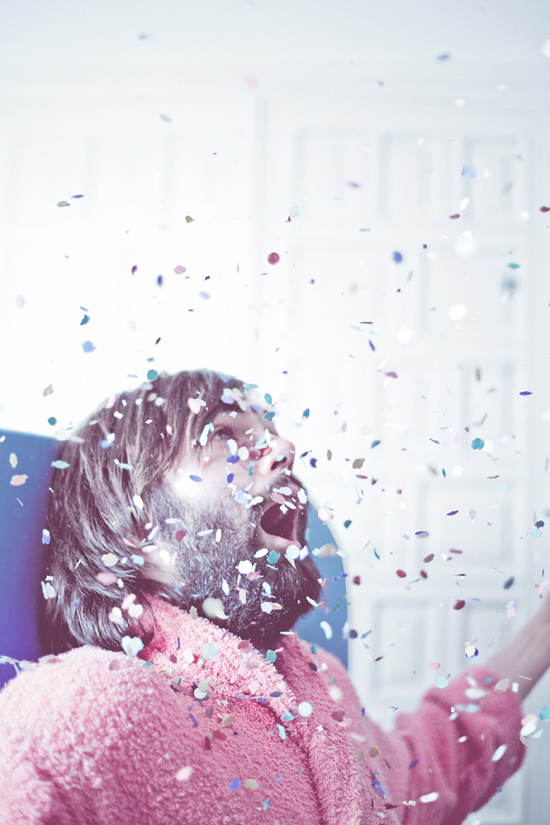 getting home was the worst thing to happen that day. the furniture was still dusty, and the plates, glasses and cutlery were still not washed from last night. 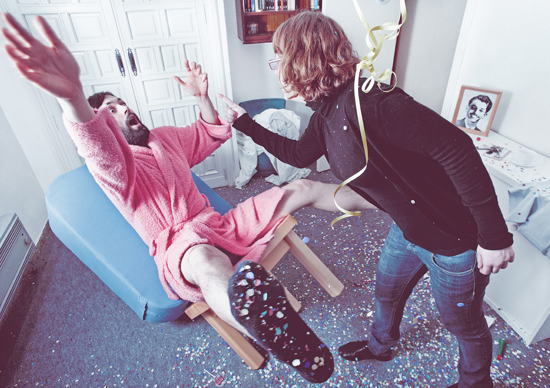 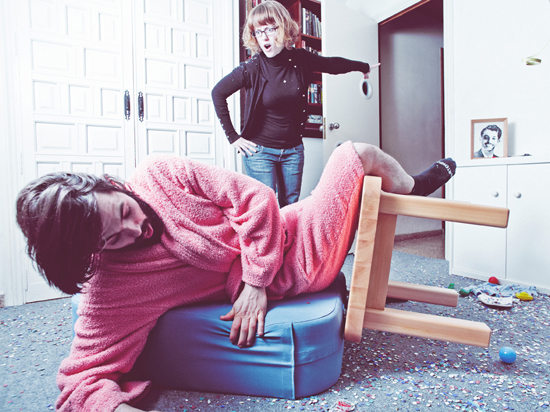 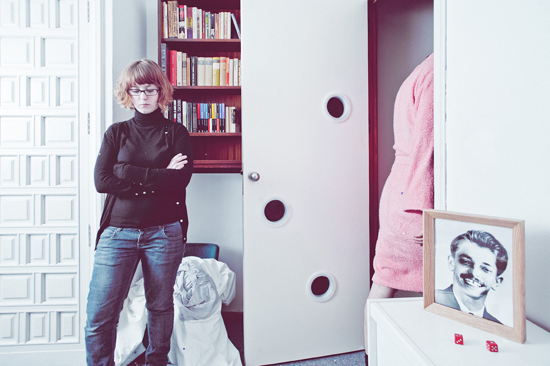 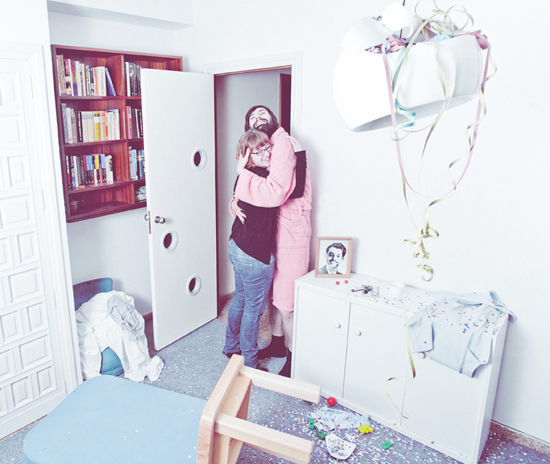 spanish industrial designer paco caballer has created a series of furniture designs titled ‘happy ending’, each of which appear to act as a clue to a greater narrative. like breadcrumbs, his collection consisting of a broken lamp, squarely cushioned chair and door embedded with long pockets work together to shed light on a series of events. while the story above is one version, an element of fun can be garnered from making up your own.

‘happy ending’ will be showcased at hat gallery in valencia, spain starting on june 3rd, 2010. 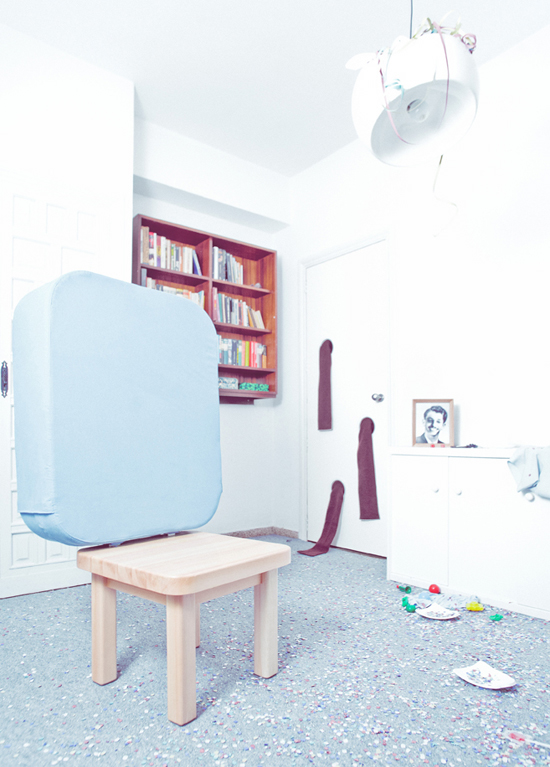 paco caballer has been a previous been a participant of designboom’s macef design competition, under the theme ‘H20_on the table’, more of his submitted entry can seen here. 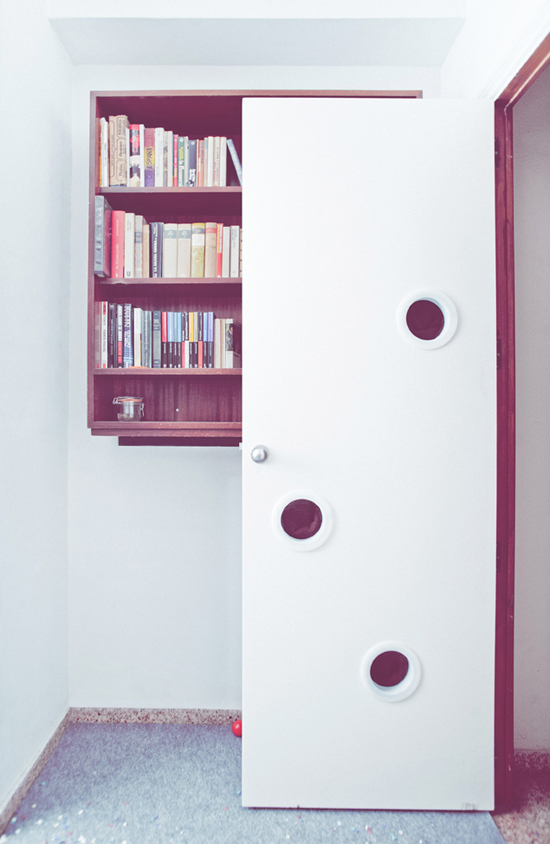 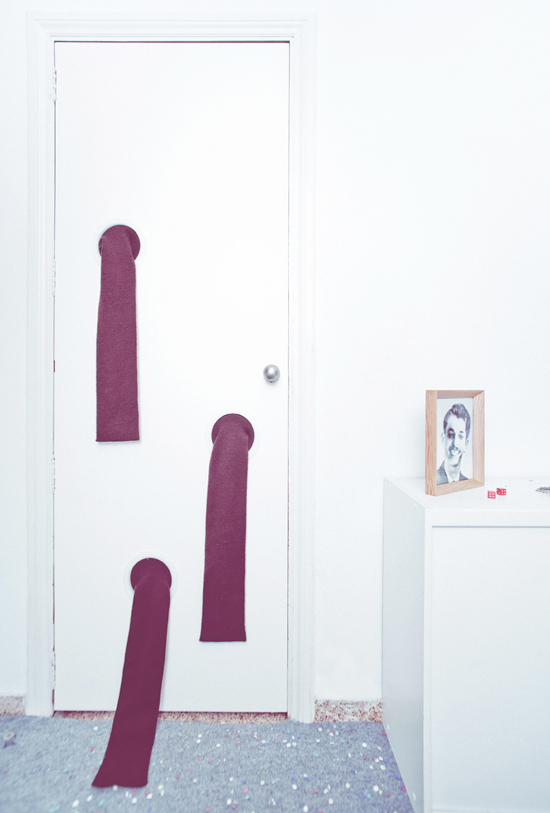 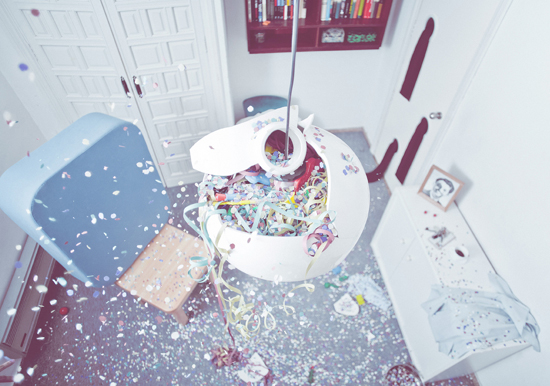 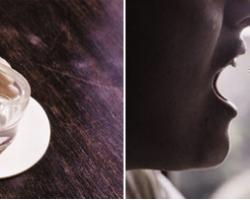