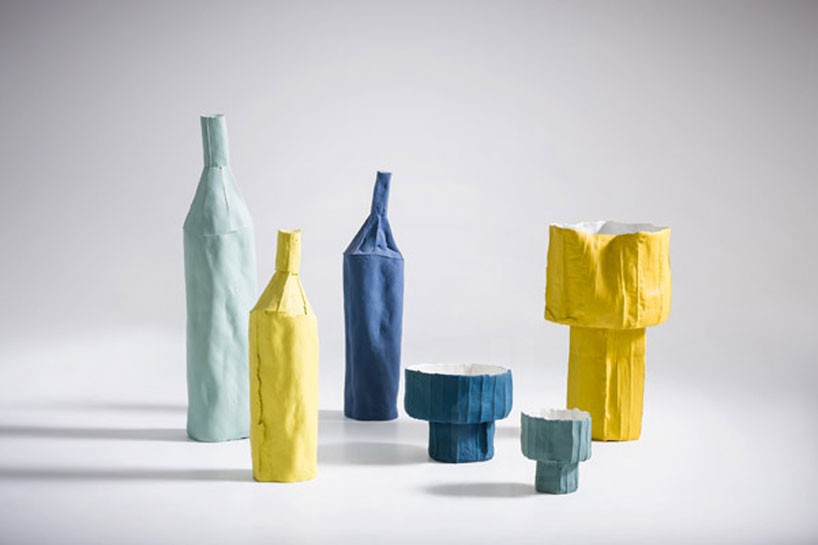 paola paronetto presents ‘the cartocci collection’, a series of paper clay objects which resemble organic forms, at maison&objet in paris from january 22-26, 2016. the italian potter has created iconic shapes using a mixture of different types of paper, cardboard and clay. these objects resemble sepals of flowers, umbrella shapes of mushrooms and the delicate forms of anemones. beautiful and fragile in their appearance, they can take on a technical function, such as a lamp. ‘the cartocci collection’ has evolved from paronetto’s earlier work, that uses similar shapes but now using stronger colours such as solid yellow, as well as blues and greens. this new personality is also contrasted by black and white series, where the delicate nature of the vessels is most predominant. like the organic forms these objects resemble, paronetto’s work has evolved organically and harmoniously to create pottery that expresses an ethereal quality. 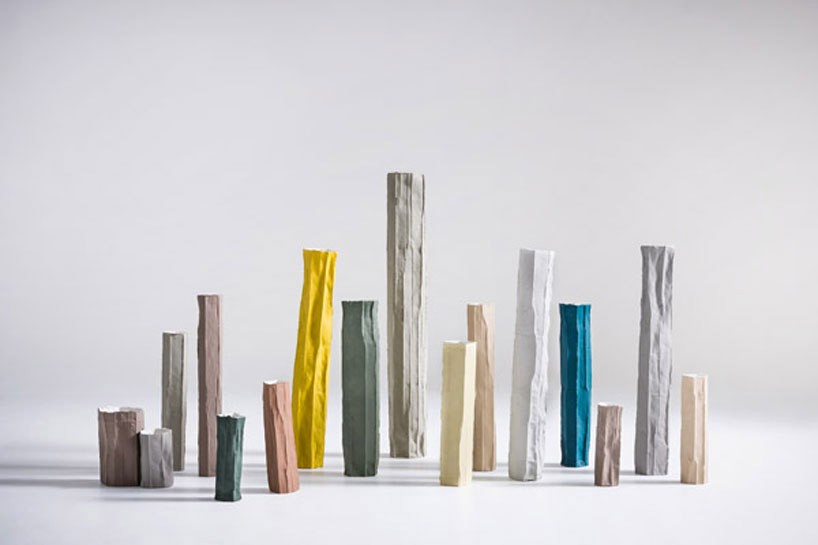 ‘the cartocci collection’ is made from a mixture of different types of paper, cardboard and clay 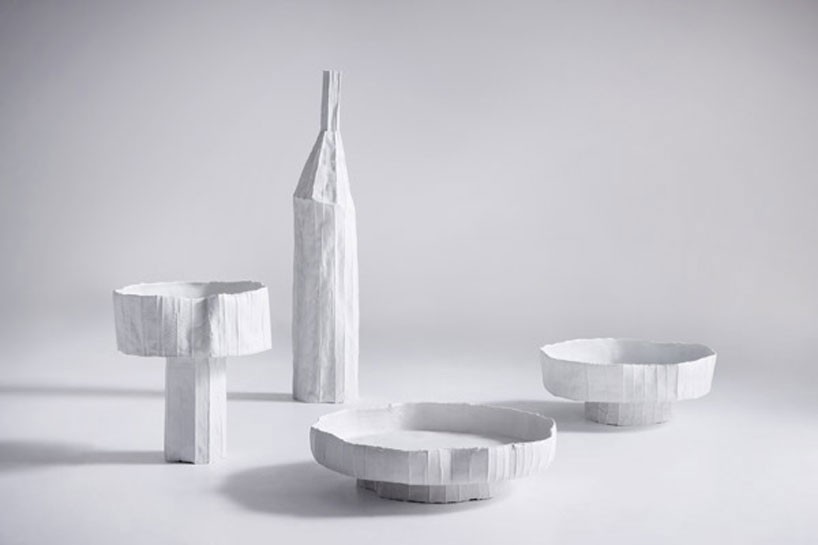 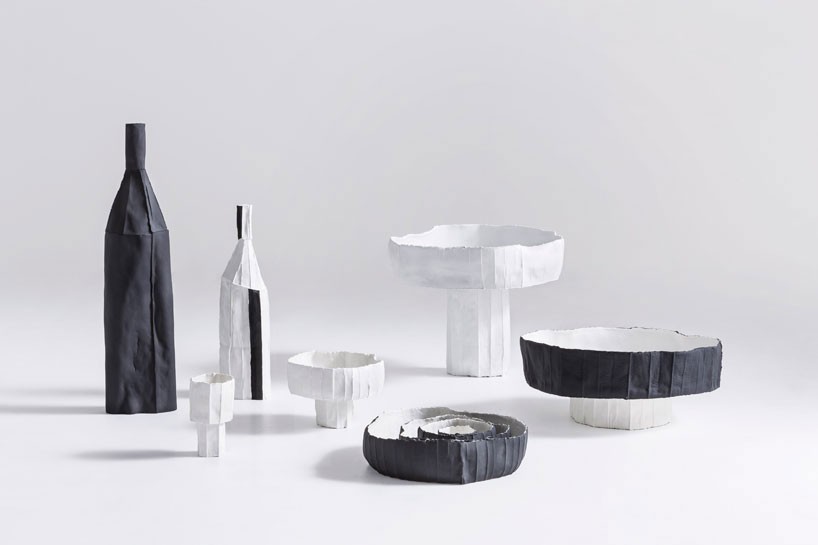 ‘the cartocci collection’ has evolved from paronetto’s earlier work 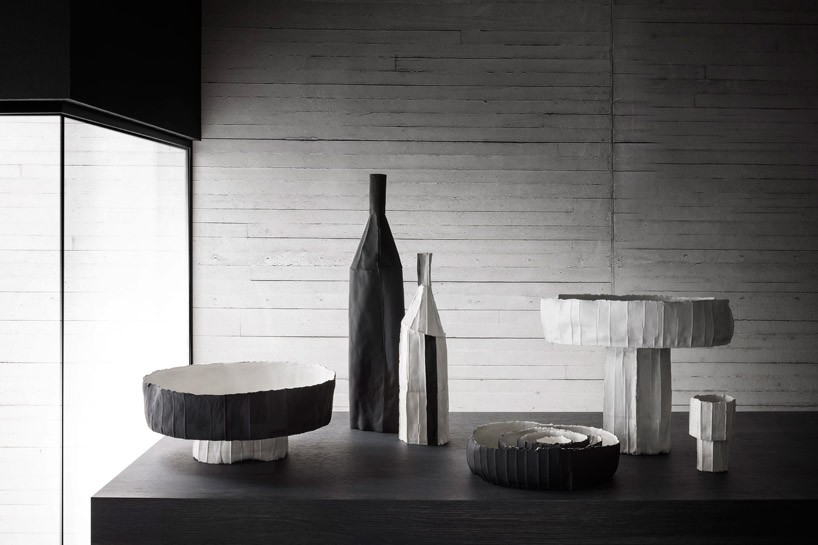 the black and white series shows a delicate nature 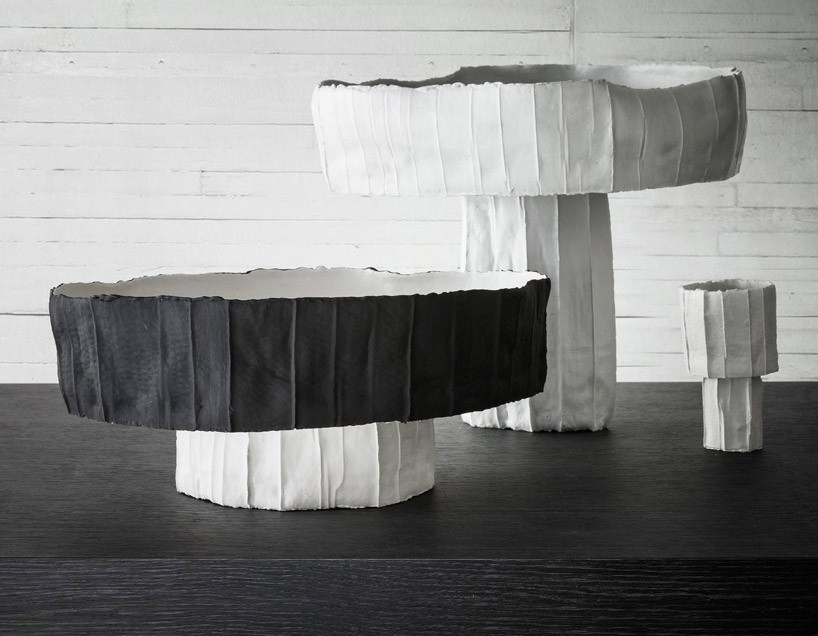 the objects resemble organic forms such as mushrooms and anemones 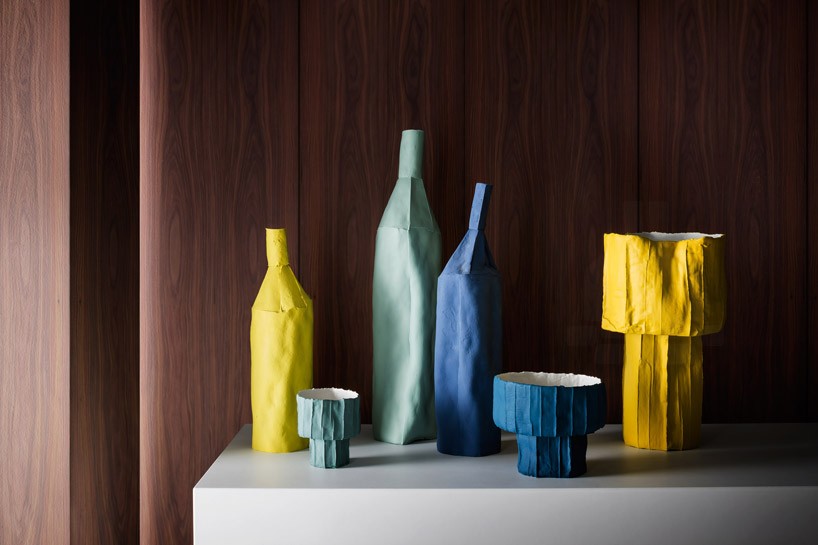 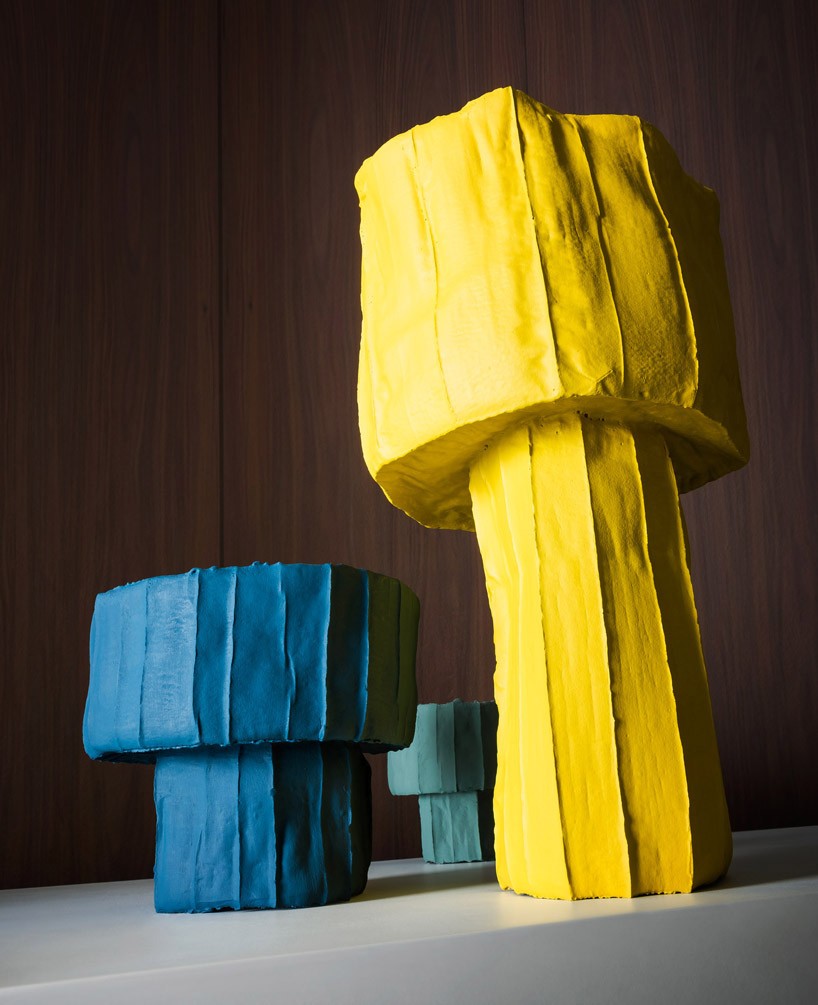