elaborate retro-futuristic paper costumes are the focus of this year’s promotional campaign for the laforet harajuku grand bazar, a biannual five-day sale event in harajuku, tokyo. comprising billboard images and a stop-motion video, the series was art-directed by LA-born, tokyo-based designer steve nakamura, and photographed by norbert schoerner. 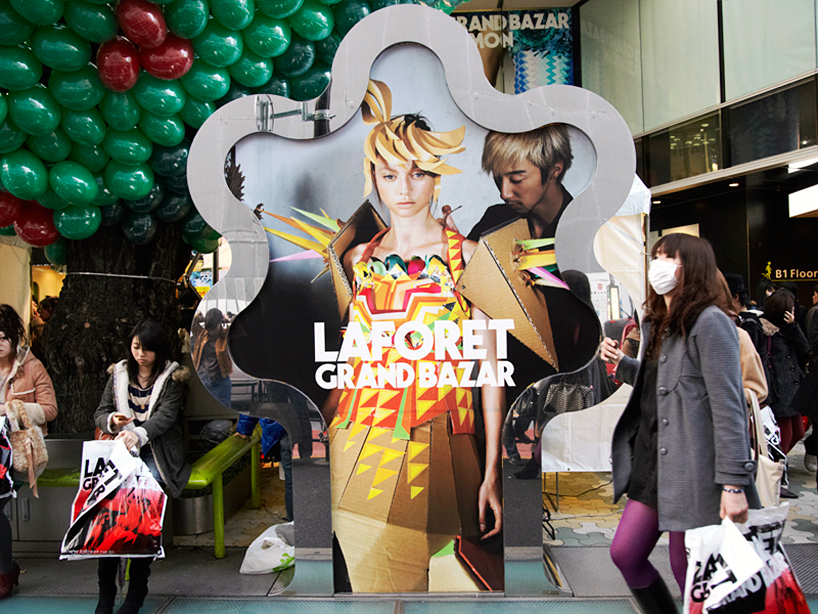 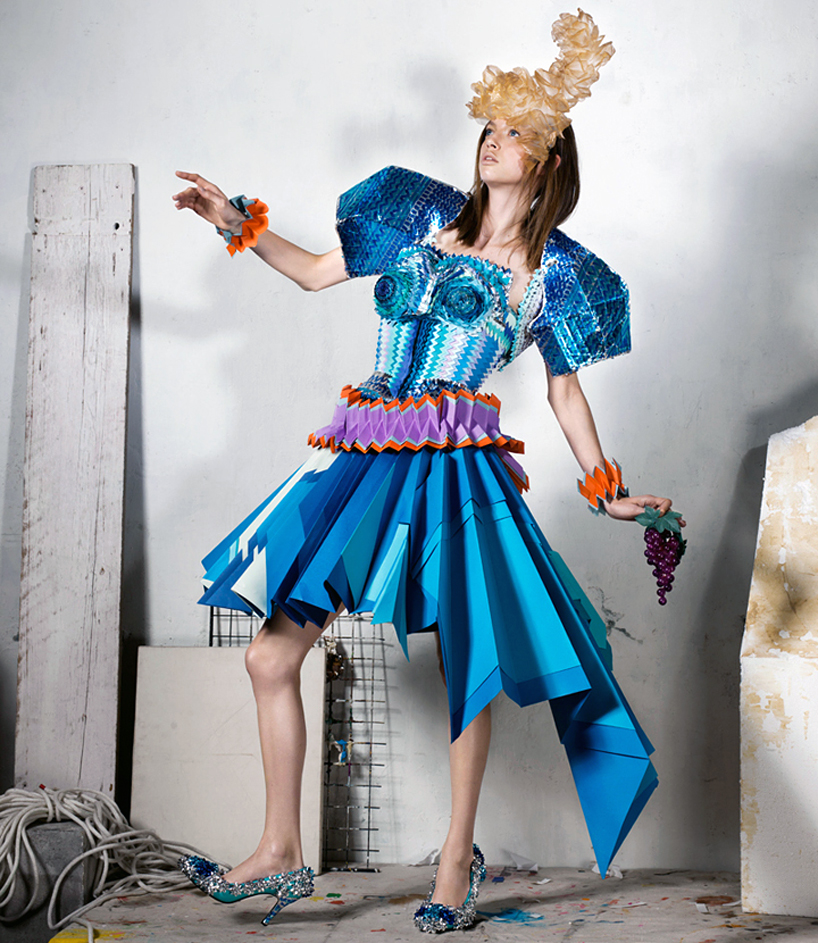 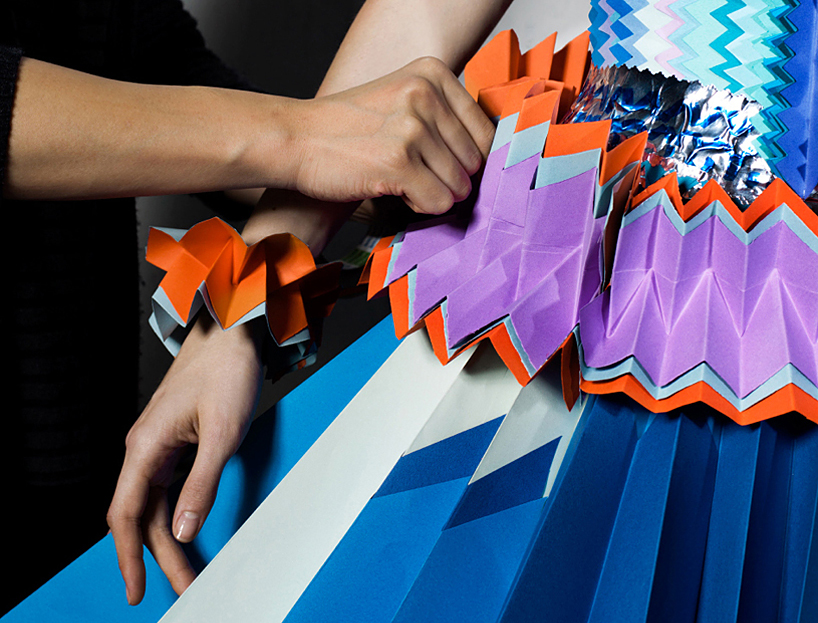 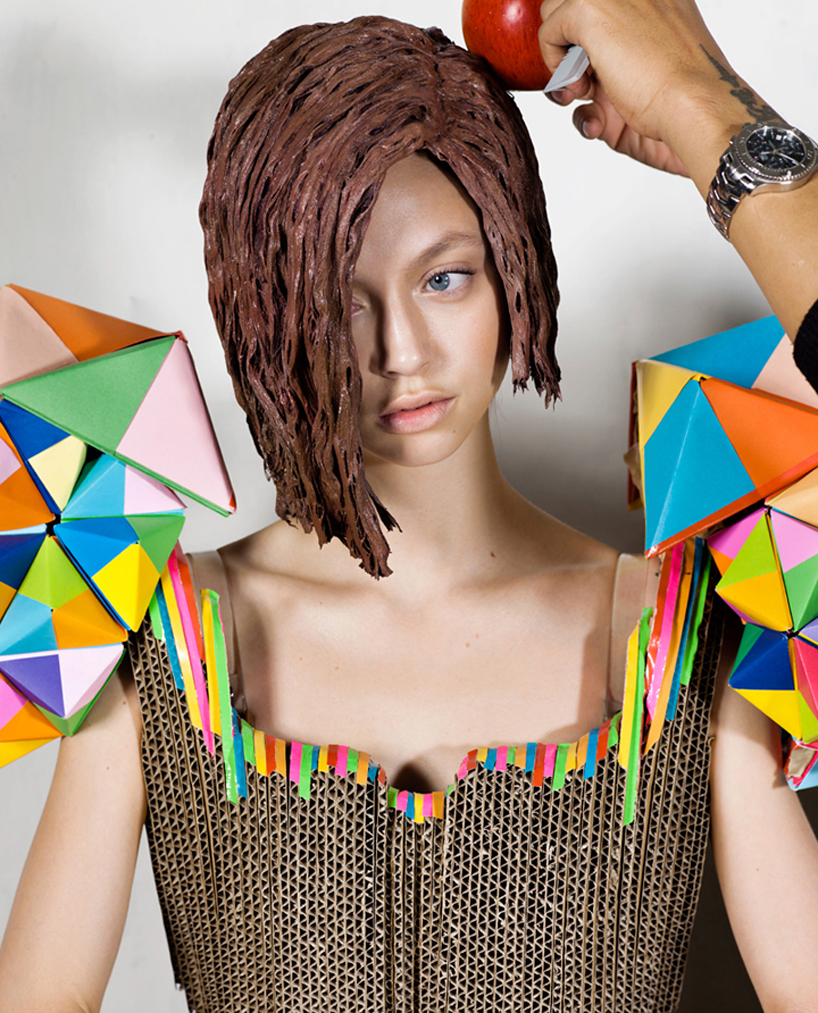 the laforet grand bazar is unlike almost any sale in the united states or europe, with thousands of attendees. limited-time sales, often lasting for only a few hours each, are scheduled in advance among the many booths and tents housed with the laforet building. a single shop may change its wares several times over the course of the day, with special discounts offered each time. each year laforet develops a graphic ad campaign centered around a particular theme, used in promotional materials in advance of the event and plastered around the bazar plaza during the fair itself. 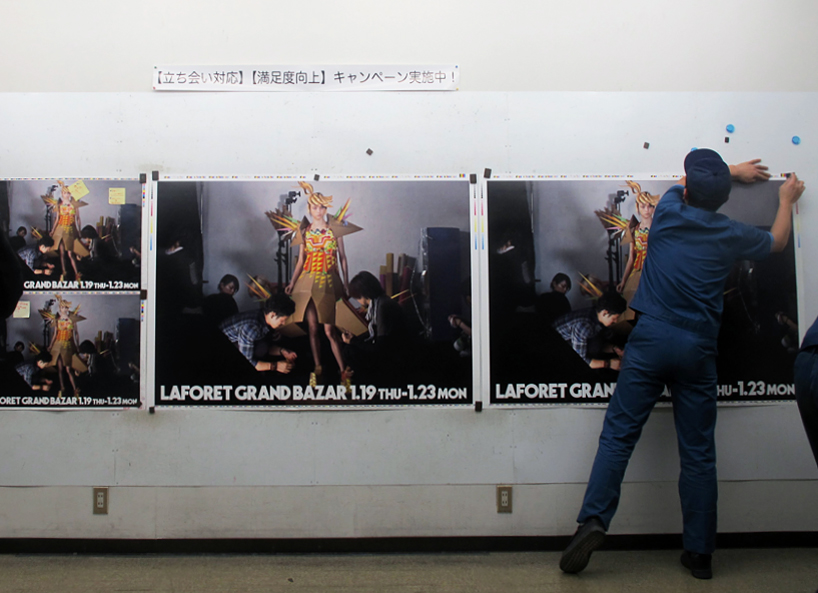 poster check at the printers 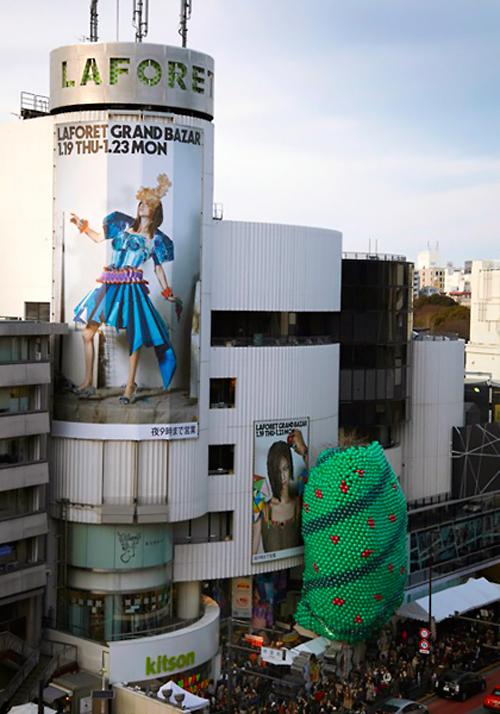 view of the laforet grand bazar, with images on exhibition