on the occasion of milan design week and miart 2017, the eclectic italian brand paradisoterrestre makes an exclusive return with gherardo tonelli following the legacy of founder dino gavina. conceived in the late seventies, the company has been producing furniture items in small series – between 1983 and 2007 – for international designers like kazhudi takahama, marcel breuer, man ray, giacomo balla, carlo scarpa and  many others. gavina even designed pieces for himself and was responsible for every model created. the unique experience he gained alongside craftsmen, as well as his passion for art and culture, made him adopt the principles of ‘ready made’ — showing that industrial productions could have as much dignity as handicraft ones. 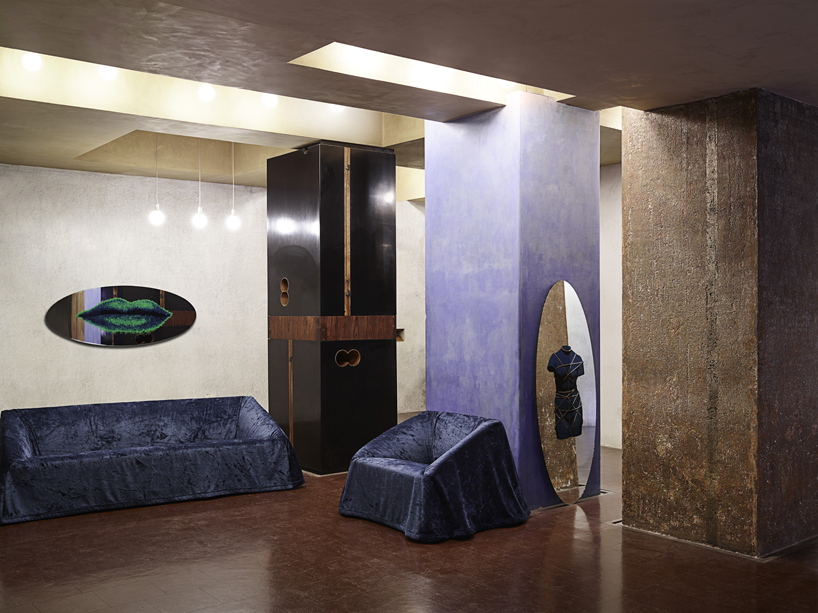 today, gherardo tonelli is proposing the ‘re-release’ of some historical pieces by paradisoterrestre and exhibiting a selection of the latest collections. ‘I am pleased to present the new edition of paradisoterrestre by gherardo tonelli, a close friend who wants to continue the path laid by my father dino, retracing his footsteps, maintaining his mark“, expresses ilka alessandra gavina. 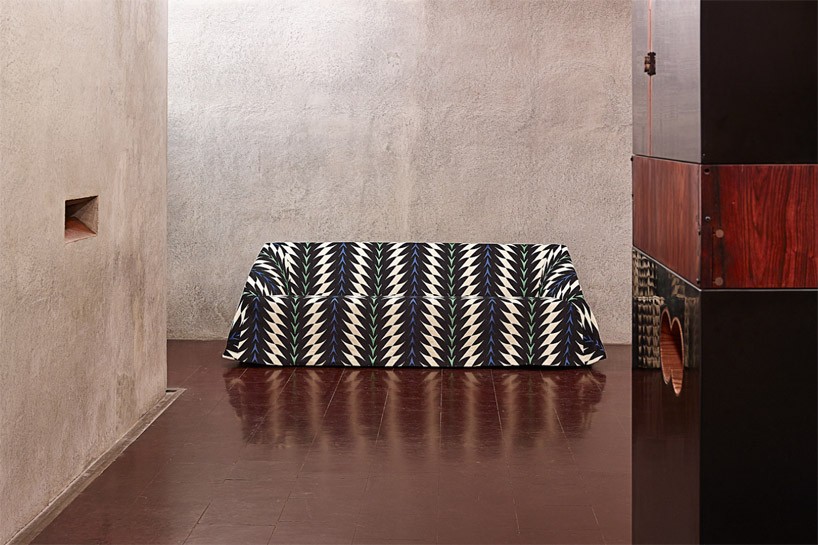 for the fuorisalone 2017, remakes of some historical pieces which had a significant impact on italian design were presented along with collections displayed during the miart fair. the 1976 ‘garbo’ lamp designed by mariyo yagi, now in two versions – rectangular and square – with the application of fabric fringes to a lacquered metal ceiling lamp; the ceramic work ‘elmo’ by kazuhide takahama – in limited release of 12 pieces for each of the two colors proposed — with the 1958 three- seats sofa and ‘naeko” armchair. always signed by takahama is the 1974 ‘mantilla’ sofa with the manufactured version in limited series showing a flowery fabric designed by pierre gonalons, in partnership with french company pierre frey. 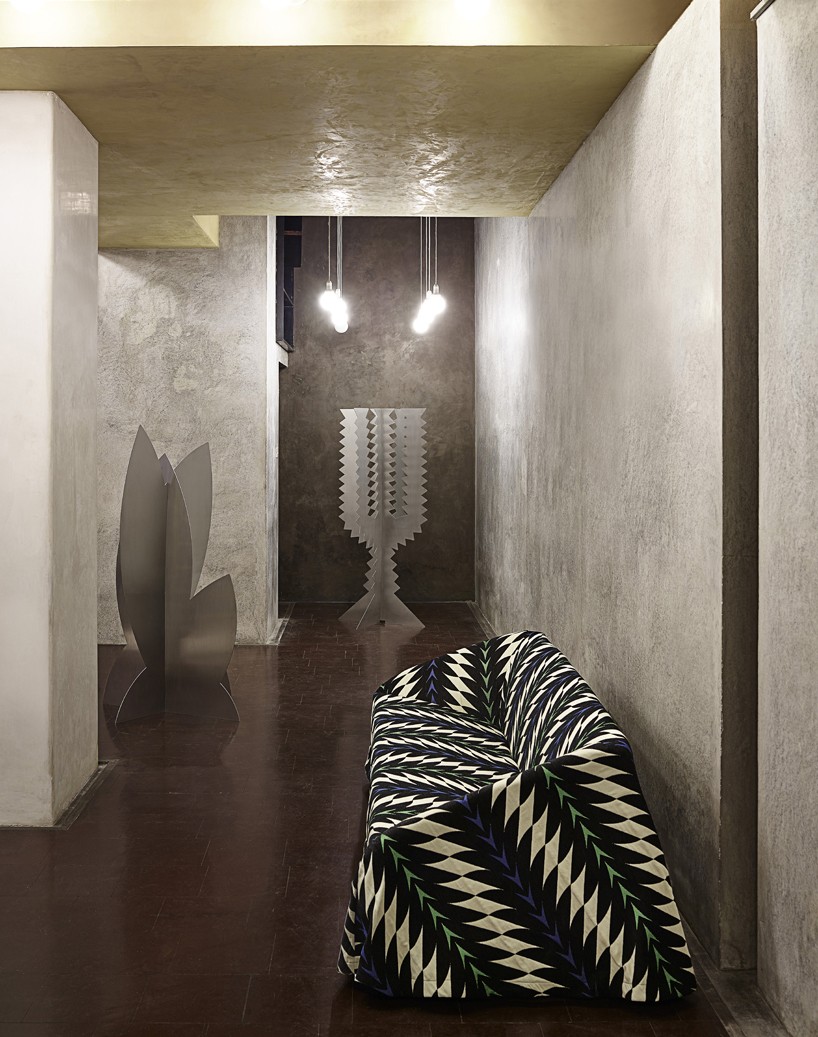 during miart 2017, paradisoterrestre re-released the ‘fiori futuristi’ by artist giacomo balla, plus an entire furnishing designed in 1949 for the historical bolognese house ‘casa caliceti’ by architect melchiorre bega for professor pietro caliceti. the object section of the fair was also the right occasion to unveil the collaboration between pierre gonalons and pierre frey called ‘the other side’, a collection of mirrors, marble furniture, wool rugs and silk bamboo. for the first time, the ‘altabella 23 – portare acqua al mare’ murano glass vase — designed by calori & maillard — was on display and borrows the architecture of the historic shop designed by carlo scarpa in 1961 in via altabella 23, bologna. both collections are produced in limited series. 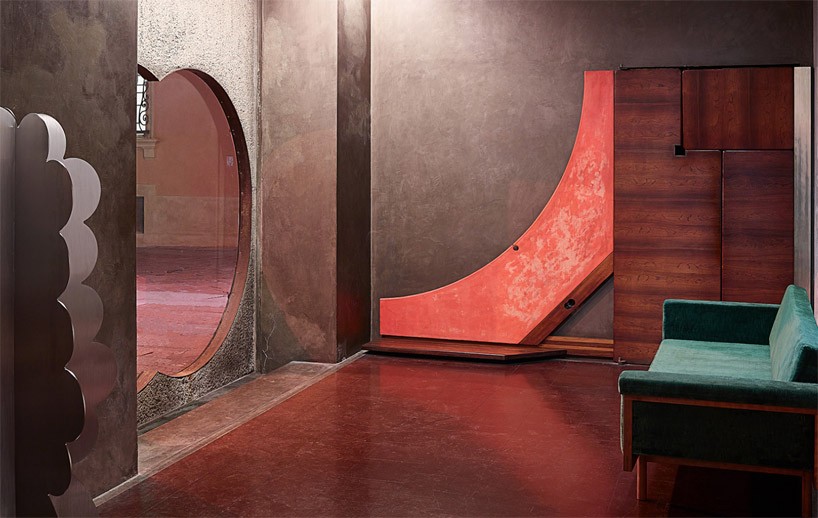 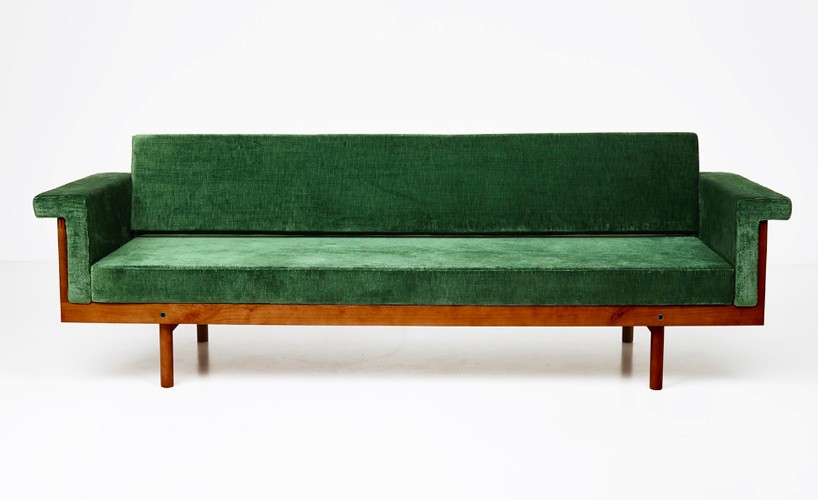 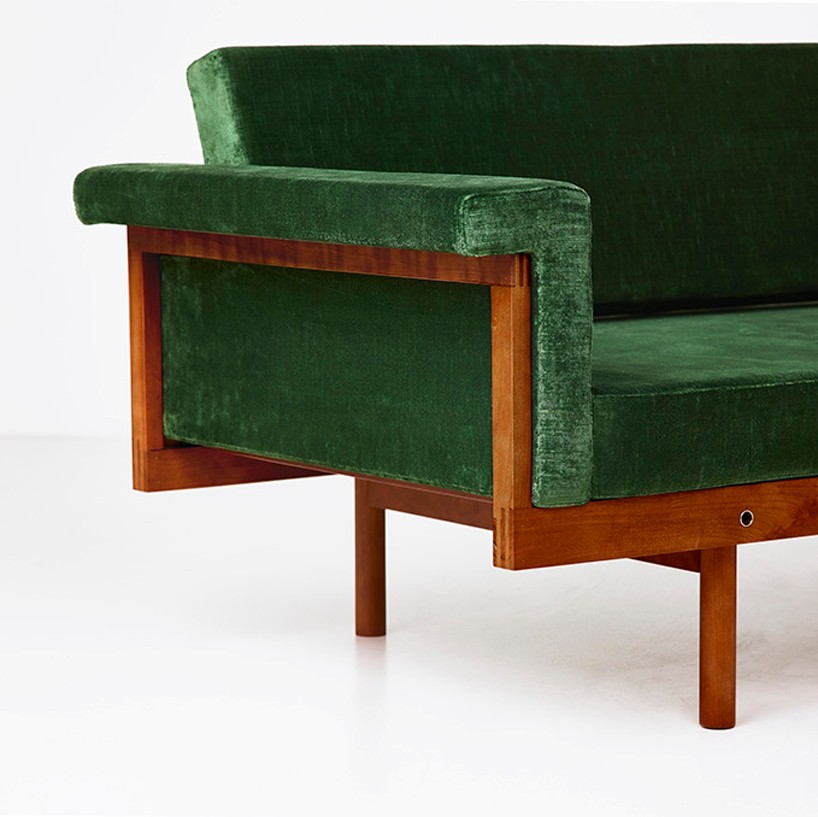 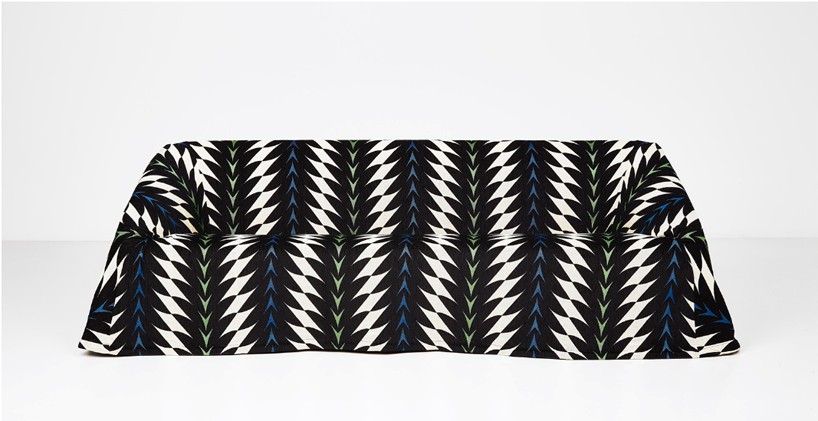 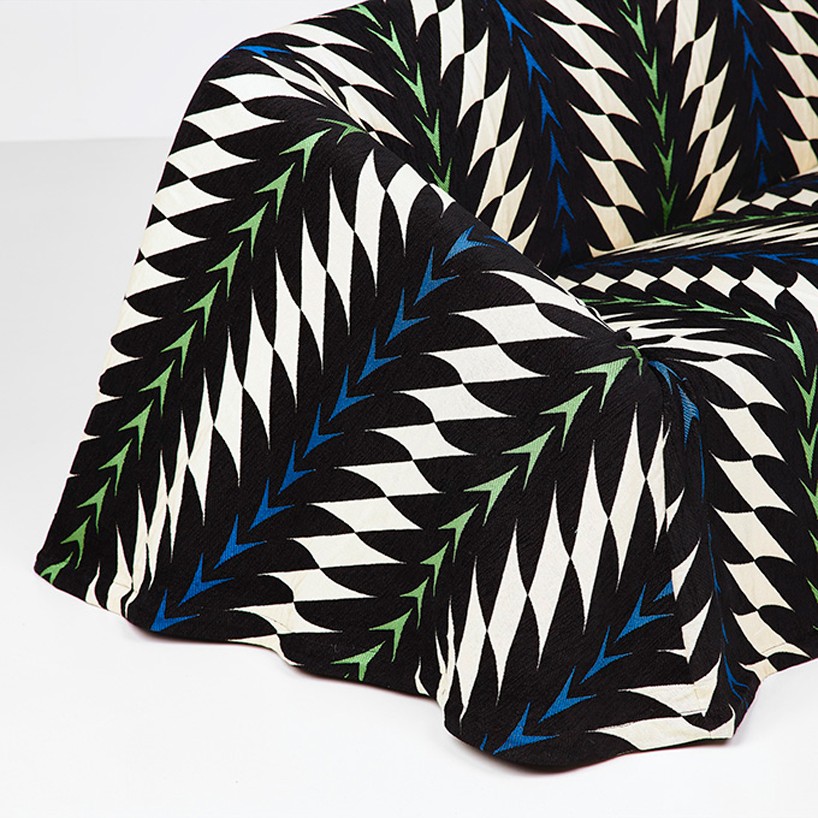 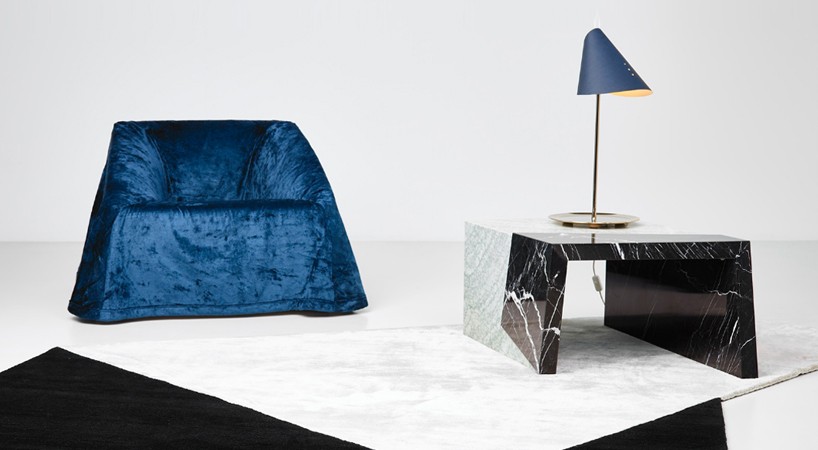 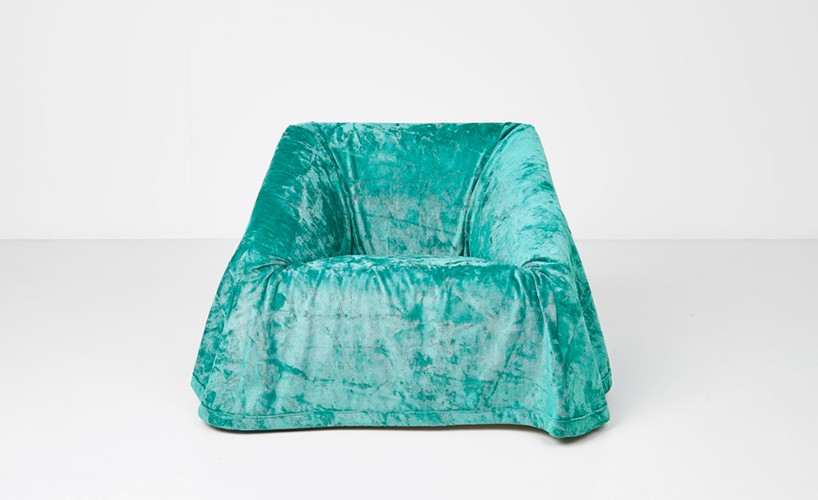