josh sundquist was diagnosed with a rare form of bone cancer when he was 9 years old and as a result, had his left leg amputated. now cancer-free, sundquist is a motivational speaker, best-selling author and paralympian. but among his many achievements, he is perhaps most widely — at least on the internet — for his yearly creative halloween costumes that perfectly emphasize his missing limb.

the tradition started after josh wore a partially-eaten gingerbread man costume to a halloween party to make his friends laugh. a couple years later, his then-girlfriend ashley suggested he dress as the leg lamp from the movie ‘a christmas story.’ since then, sundquist has been dressing up every halloween since, and each year his costumes receive hundreds of millions of impressions around the world.

over the years sundquist has been a flamingo, a foosball player, and an IHOP sign. this year, he’s going as the iconic lamp from the pixar movies logo animation – the one you usually see just before a movie. 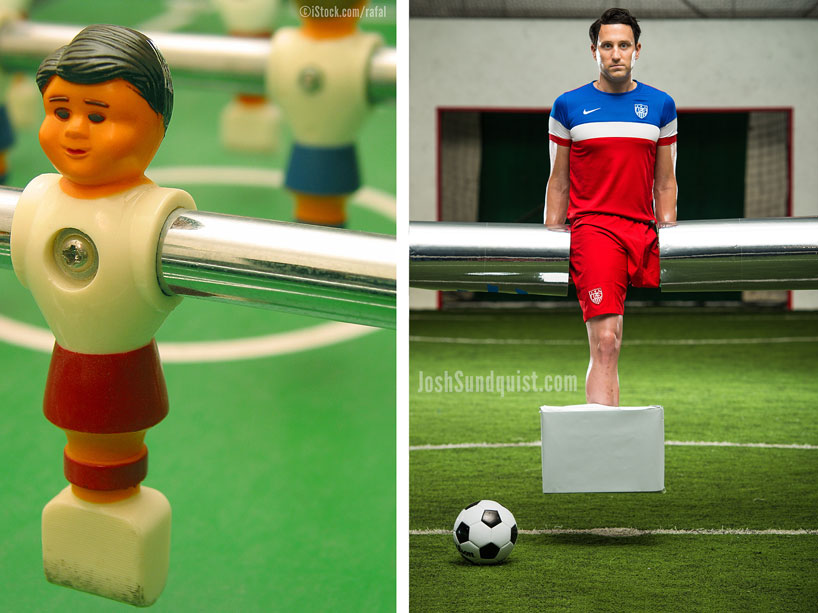 ‘I’ve always dealt with the social discomfort of my disability by having a sense of humor,’ says sundquist explained in a interview. ‘but now i’m more comfortable with who I am and what I look like, and I guess with these halloween costumes you could even say that I celebrate what makes me different. which may be either weird or refreshing, depending on your perspective.’

brilliant halloween costumes aren’t sundquist’s only talent, however. sundquist was sixteen when he gave his first motivational talk and has been speaking to groups ever since. he has also published several books, attracted millions of views for his comedy on youtube, and been a member of the US paralympic ski team and the US amputee soccer team.