rendering of ‘kiss’ by paul cocksedge

as part of the international festival of lights in milan, paul cocksedge has presenting an installation ‘kiss’, within the city’s famous galleria vittorio emanuele II.

kiss was developed on the idea of staging intimate encounters within the public sphere. cocksedge has produced an installation which reinvents the european tradition of kissing under the mistletoe and turned it into an act of charity. a huge LED canopy hangs above a stage from the galleria’s central dome, with a large mistletoe dangling down. when couples move to the stage and kiss, their act of kissing will activate a light sequence in the canopy which will illuminate it. each time a kiss occurs, the sponsor of the project UBI banca, will donate one euro to CESVI, helping to ease hunger in north uganda. 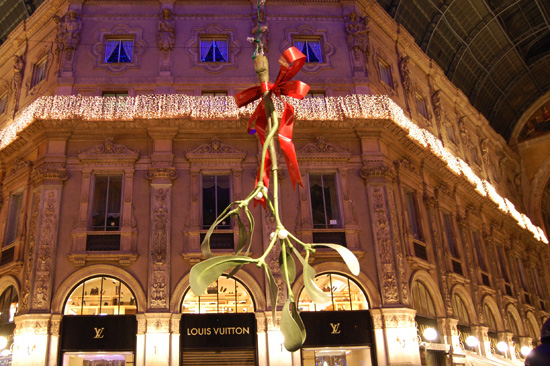 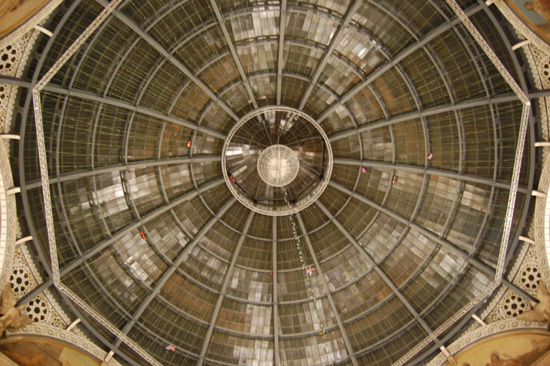 the canopy of the galleria unlit image © designboom 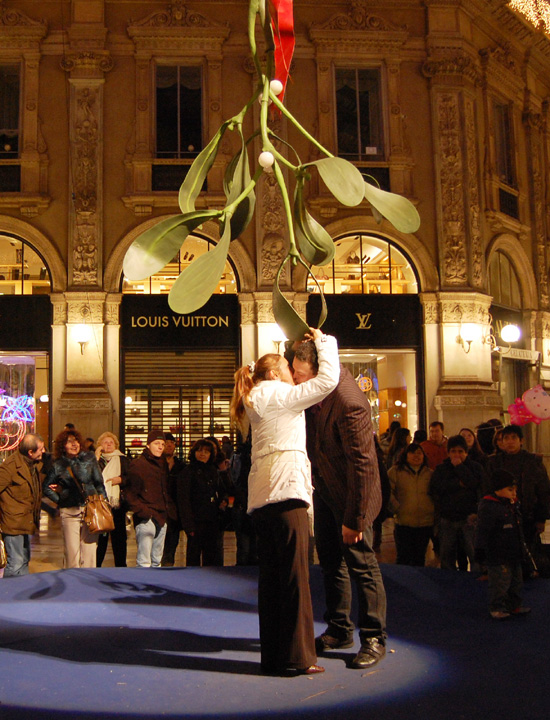 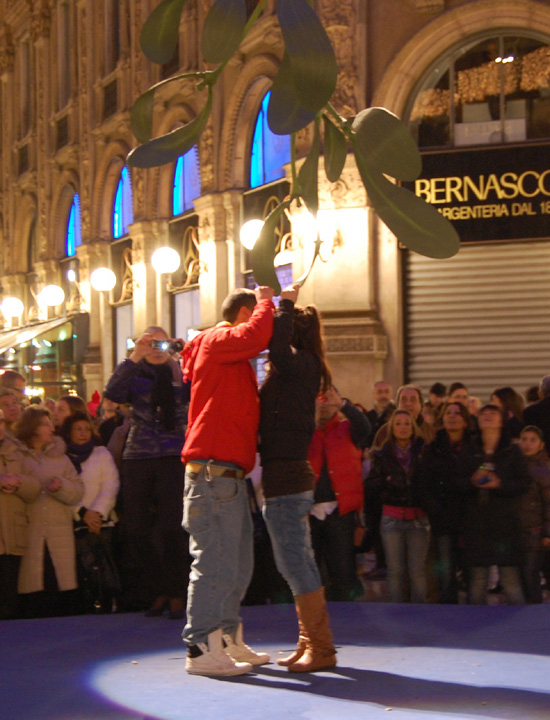 and another… image © designboom 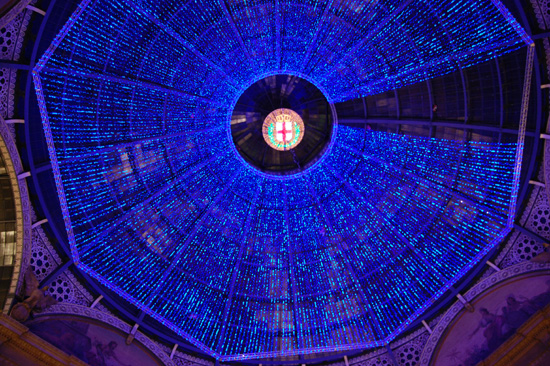 …to illuminate the canopy. image © designboom 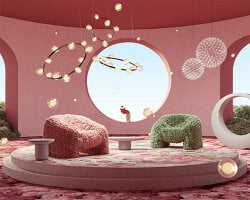