C-mask, a smart face mask that can translate and transcribe for you
21k views

paris-based architect paul coudamy has completed the installation of his new sculptural fixture, ‘fantastique canopée’ for comme des garçons in their new department store dover street market (DSM) located in tokyo, japan. the piece is comprised of 9,715 planks of wood which seem to grow from the ground of the shop’s interior into two massive sheltering structures which span a portion of the space’s ceiling. the fashion brand asked coudamy designs to imagine a modernist version of a wooden cave in order to develop the sculpture. the neutral design of the store’s interior enables an easy contrast between the vast whiteness of the shop’s walls and ceiling with the voluminous and textured artwork installed in the center of the space, beneath which new clothing displays rest.

paul coudamy tells designboom, ‘the watery energy of this wooden sea, composed of thousands of wooden planks fit together to form a harmonious and imperfect scaly skin, whose jagged curves spread and grow on the ceiling in an uncertain explosion. the 9,715 planks, laid one by one from the two vertical pillars’ basis were fixed one by one randomly. without knowing where it would go and eventually end, the sculpture forms a structure which becomes wider to spread horizontally and overhang space in every direction. united, the two entities are striving to meet, through the glass panels of the escalator in the middle of the building, to form a one and only body. smooth circulation are formed around the two spaces, the wooden masses break the corners’ limits whose implantation is unknown. the pieces of wood create irregular curves which are modified depending on the point of view, looking thin here and massive there. as they were built randomly on the spot, wonderful canopy’s vague and free curves make the sculpture look like an object verging on chaos and plant world in accordance with the brand comme des garçons’ spirit‘. 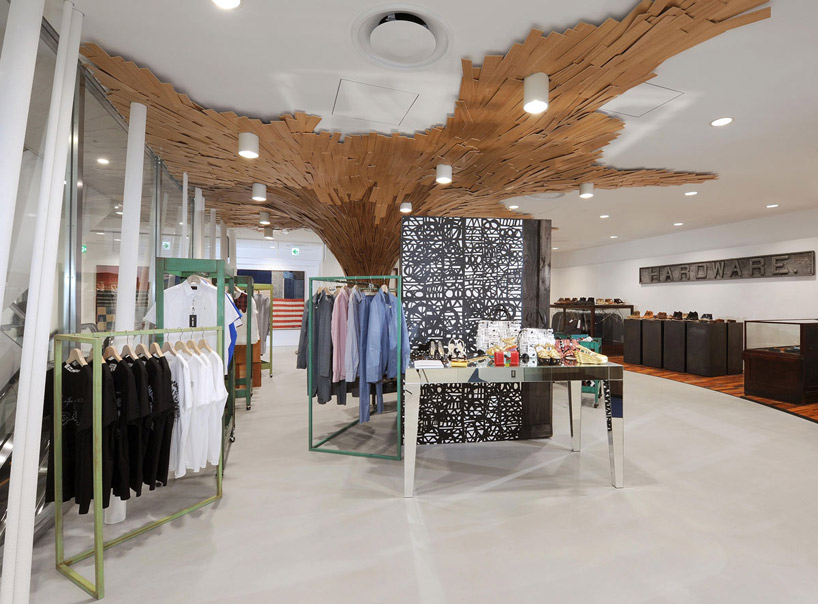 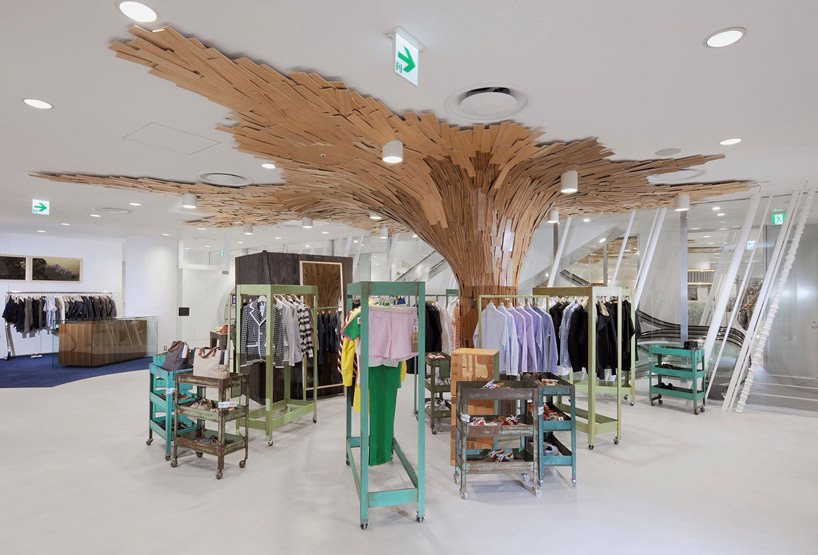 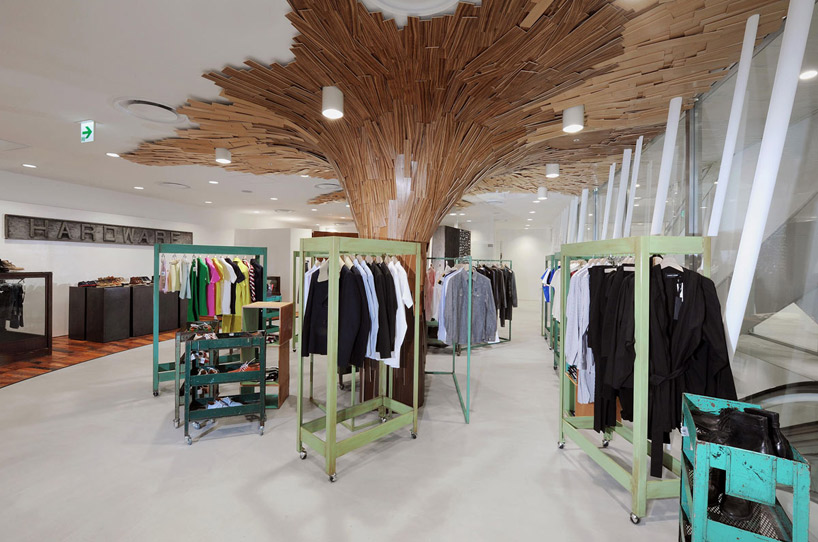 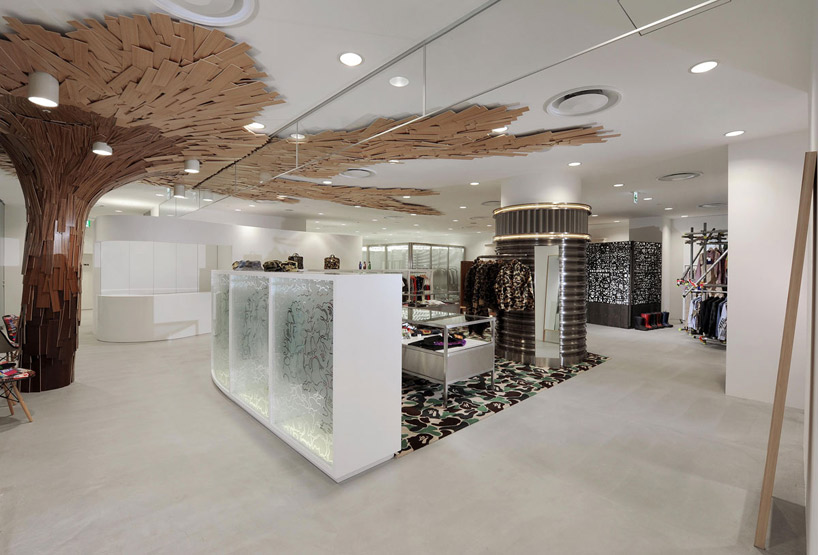 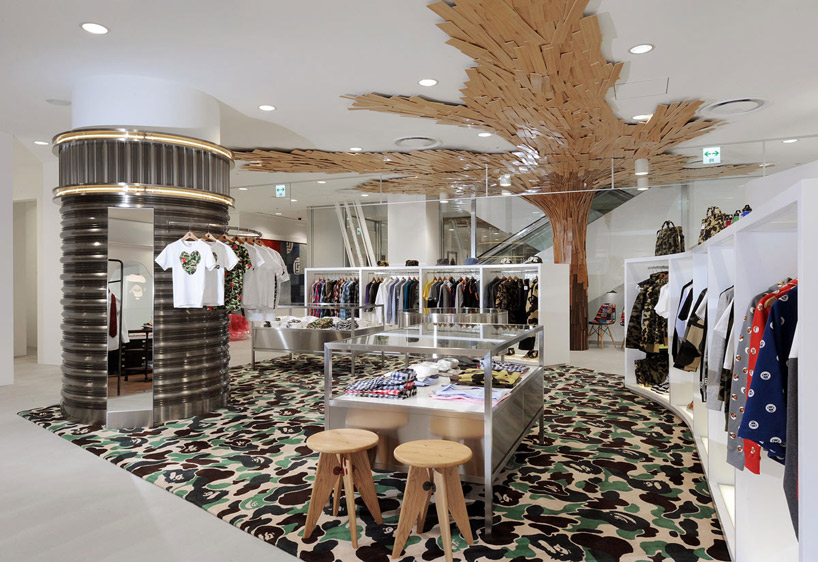 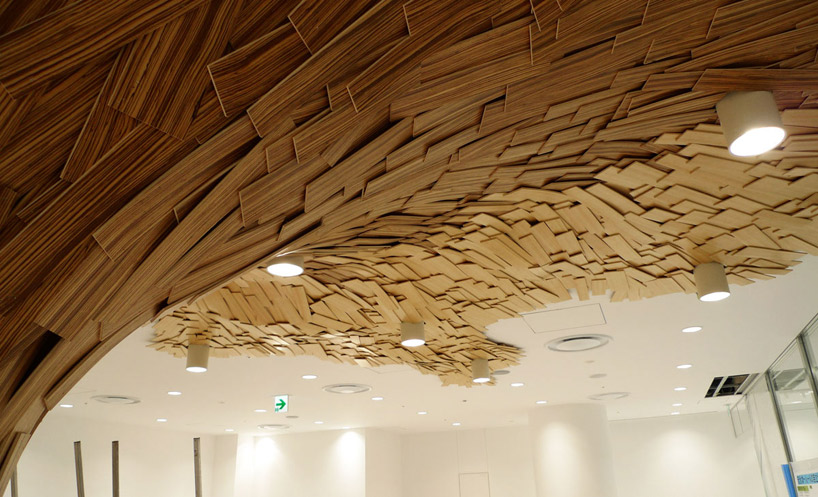 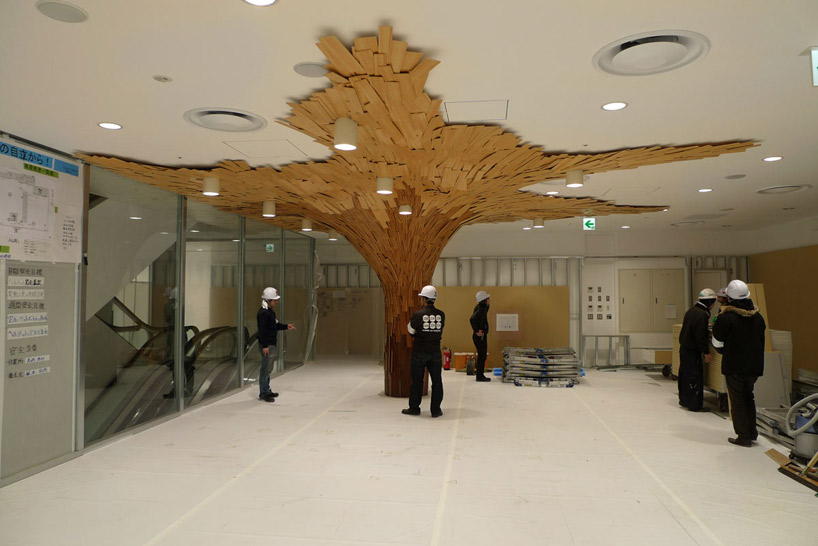 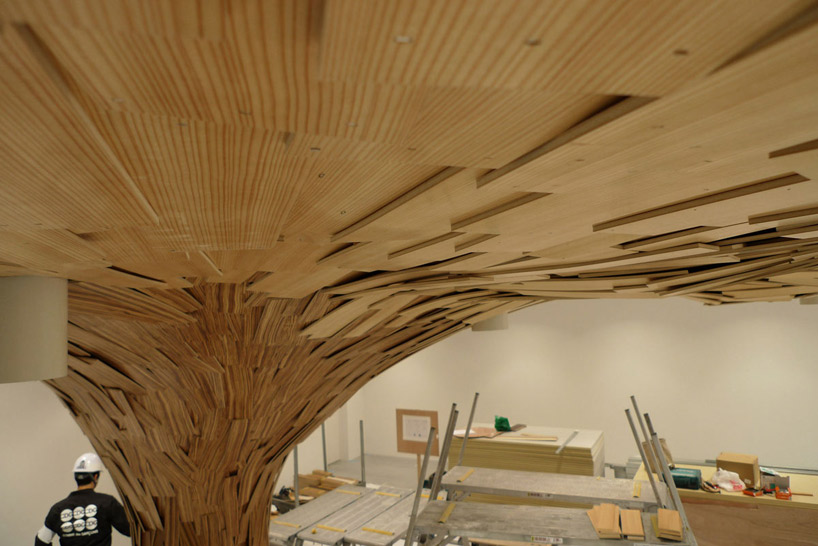 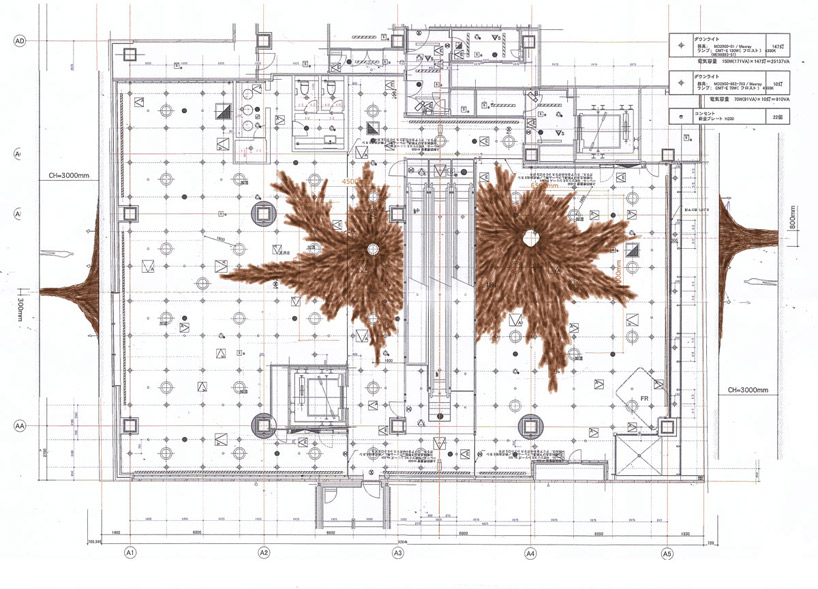 design plans for the installation 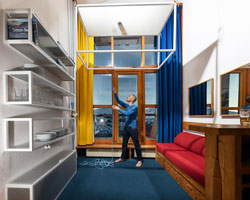 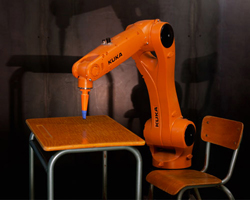 the punishment by filipe vilas-boas and paul coudamy 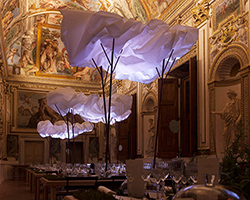 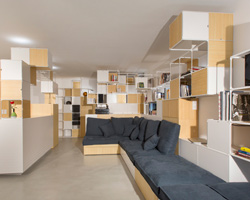 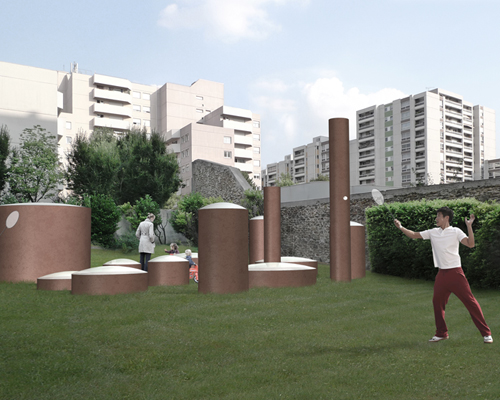 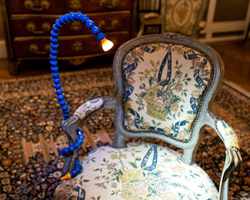