french designer paul menand has sent us images of his latest furniture project ‘modest stool’. following in the vein of this ‘3-in-1’ design previously seen with his ‘triplette chair’ (which designboom covered here), menand’s newest creation utilizes a similar principle of nesting in which three versions of a stool can be used individually or stacked into one another to form a single unit. this is accomplished through the base piece having half-pipe legs and three openings in its seat (as also seen with the second stool) to allow the successive ones to sit within. 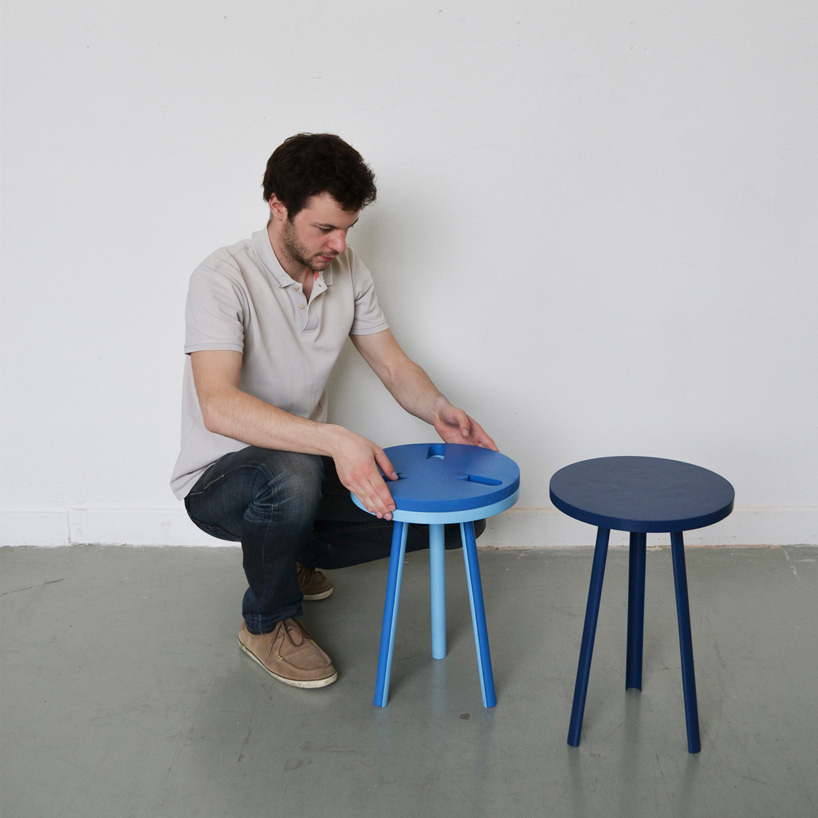 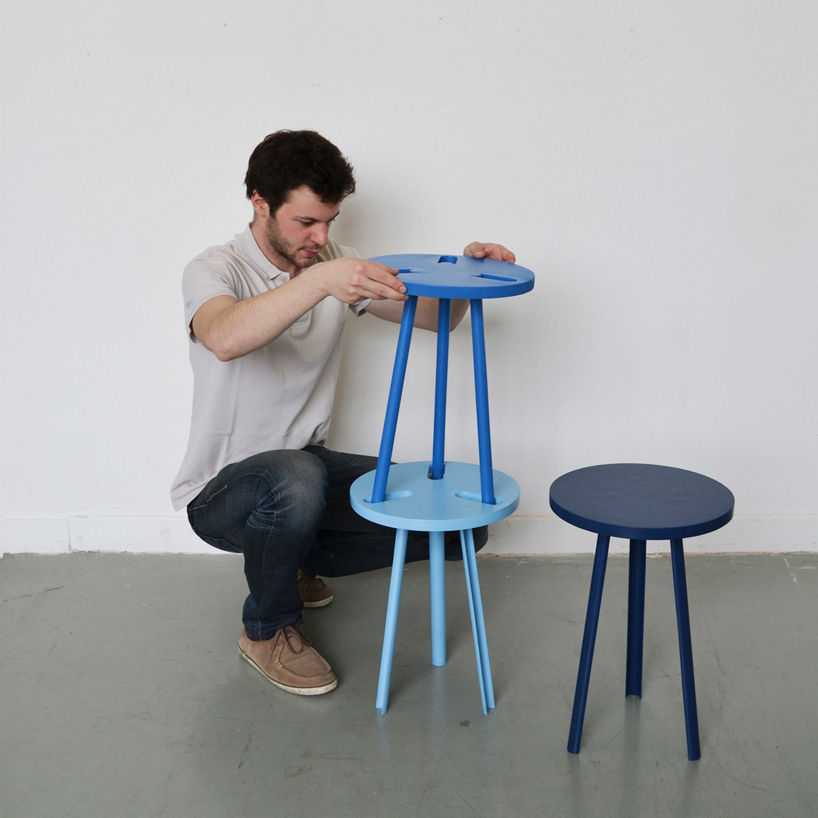 both the middle and bottom stool have slots for nestling into one another, while the base also features half-pipe legs in order that the three may sit within each other 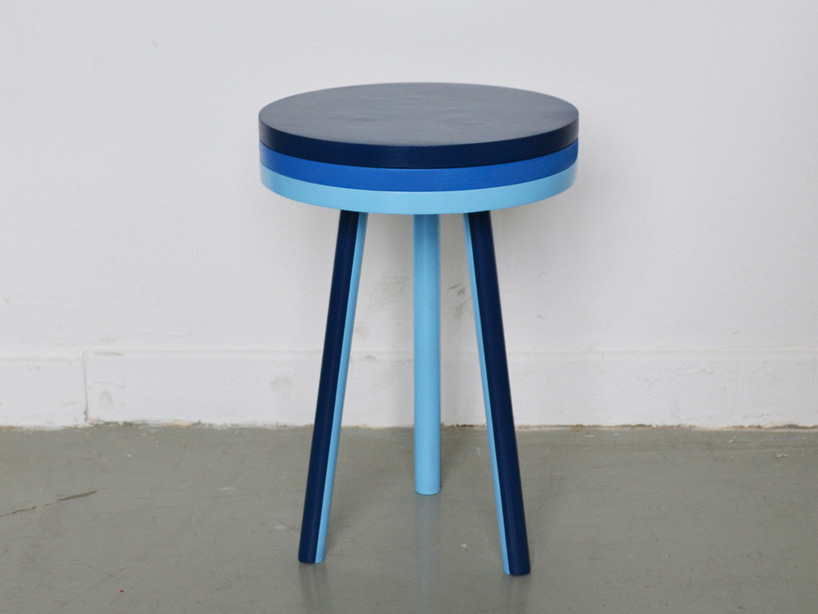 video demonstrating the use of the ‘modest’ stool 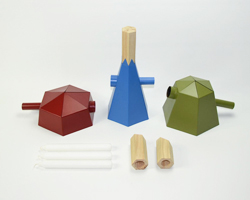 May 29, 2013
candle holder series without threads by paul menand