in the world today, 2.6 billion people have no access to basic sanitation. human faeces contains infectious and lethal pathogens, causing diseases such as cholera and diarrhea. the situation could be described as an ongoing emergency.

designer and concept inventor anders wilhelson and codesigners peter thuvander and camilla wirsen together with peepoopeople have codesigned the peepoobag as a sanitation solution that aims at solving this global problem.

the peepoobag is a personal, single-use toilet that sanitises human excreta shortly after defecation. all this is done within a high performance degradable bioplastic bag coated with urea. it requires no water, and after use as the bag breaks down and disintegrates, the treated faeces become fertiliser with a high market value. its design is adapted in every way so that it might be manufactured at as low a price as possible and sold to the groups with weakest purchasing power in the world.

the peepoo bag is designed to be used once, sitting, squatting or standing. if one uses it with only the hand, the thin gauze prevents all contact with the excrement. it can also be used by being placed in a cut plastic bottle or small bucket and acting approximately as a chamber pot.

the peepoo bag is a toilet which is not fixed to a particular place. it is simple to carry since it is small and weighs less than 10 grams.

peepoo bags are odour free for at least 24 hours after use and can thus be stored in the immediate environment.

peepoo bag is one of few sanitation solutions which require no water. the only water required is to wash the hands after use. this means that the traditional link between water and sanitation has been cut.a used peepoobag is clean to handle. it has become a waste that neither smell nor is dirty to take care of and collect.

the peepoo bag is scheduled for production in mid 2009. 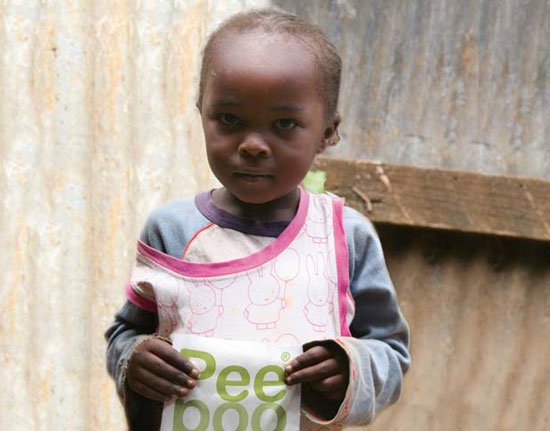 Jun 01, 2021
naturally cooled 'groundfridge' is a sustainable alternative to refrigerated cellars
'groundfridge' requires no electricity, as utilizes the insulating capacity of the ground and the cooler night air temperatures.
design
546 shares
connections: 64