pelican books are back, after nearly 30 years in hibernation.

the much-loved non-fiction imprint of penguin books has been re-launched – five new titles bearing the new updated image of the brand are now available in print and on kindle. the new pelican books identity was directed by jim stoddart, art director at penguin books. notable features include two new pelican marks, (one in flight and one standing) designed by richard green, whose updates reference the previous versions designed first by edward young in 1937 and then redrawn by william grimmond in the 1940s.

the familiar shade of blue remains and if anything, has become more prominent as the new covers do away with illustration, reverting back to purely typographical designs as the books had when they were launched in 1937. however, in a break with tradition, there is no more gill sans – the new covers designed by matthew young feature only a customized version of the typeface brandon, ‘brandon pelican’ – which is supplemented by freight text pro on the all new website, also designed by young.

the evolution of the pelican brand is beautifully illustrated in this short video.

in the animation above, a cartooned pelican glides through some of the imprint’s historic cover designs before eventually finding his way onto the front of ‘economics: the user’s guide by ha-joon chang’, one of the five re-launch titles.

the new titles for may 2014:
economics: the user’s guide by ha-joon chang
human evolution by robin dunbar
revolutionary russia, 1891-1991 by orlando figes
the domesticated brain by bruce hood
greek and roman political ideas by melissa lane
£7.99 in paperback; £3.99 on kindle 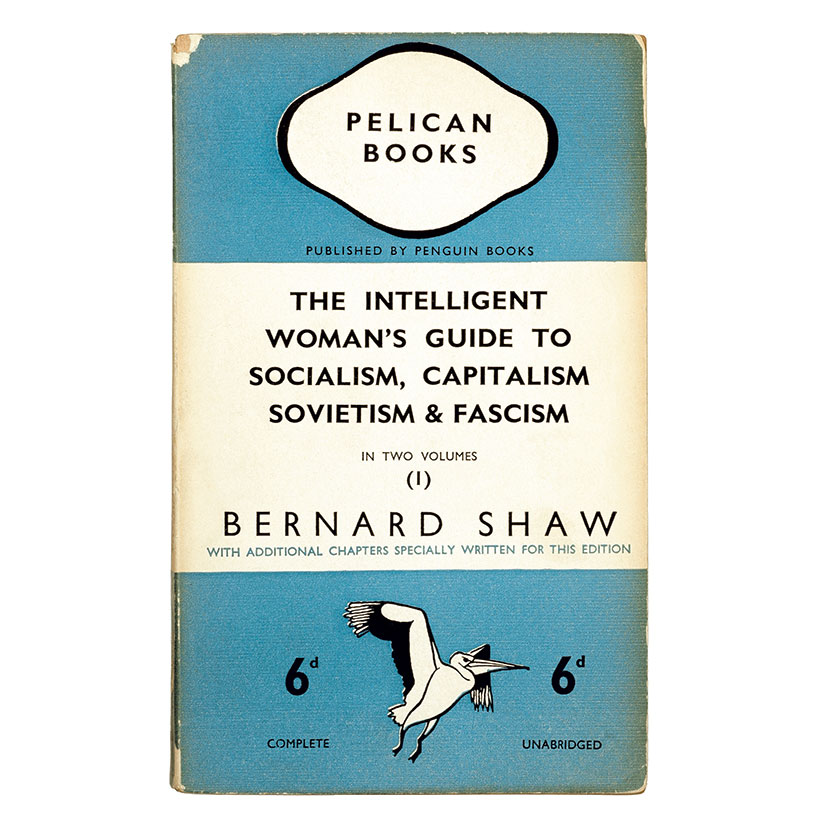 pelican first appeared in 1937 with the publication of george bernard shaw’s ‘the intelligent women’s guide to socialism, capitalism, sovietism and fascism’ and continued with thousands of books across a massive range of subjects. aimed at the everyday reader, pelican’s combined intellectual rigor with simple, clear and accessible prose.

selling over 250 million copies in its heyday, the publisher was seen as influencing the intellectual culture in britain by lowering the traditional barriers to knowledge. at the time, this confidence in the tastes of the ordinary reader was unusual, and gave pelican a democratic, populist bent. the first books cost the same amount as a packet of cigarettes, a radical price at the time, and became especially popular among a self-educating post-war generation.

Jan 07, 2021
watch the gucci + the north face stellar collaboration documentary
‘there is a big mistake, made by many, in telling the story of man as a separate or isolated element from nature,’ says alessandro michele.
design
794 shares
connections: 15