working with the new york city department of transportation, pentagram‘s michael bierut and his team have created a new, simplified design for the city’s street parking signage that is more easily understood by drivers and residents.

the project introduces a consistent, simplified layout that cuts back on the number of words and colors and adds some much-needed white space, the design divides the signs into two sections, one for commercial vehicles (still in red), the other for passenger vehicles (in green) – with the number of parking hours allowed is prominently placed in a reversed-out box at the top left of the sign. 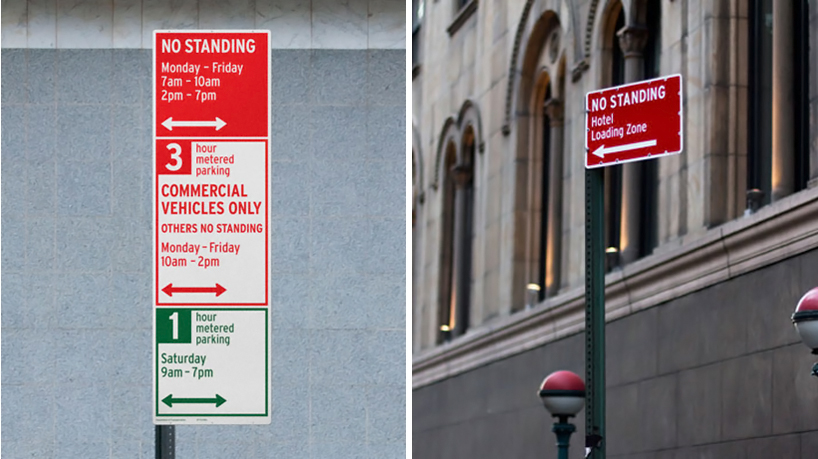 as the existing signs were densely packed with information that was wordy and hard to follow; typography was centered and set in all caps in various fonts and sizes, making it difficult for the eye to scan. 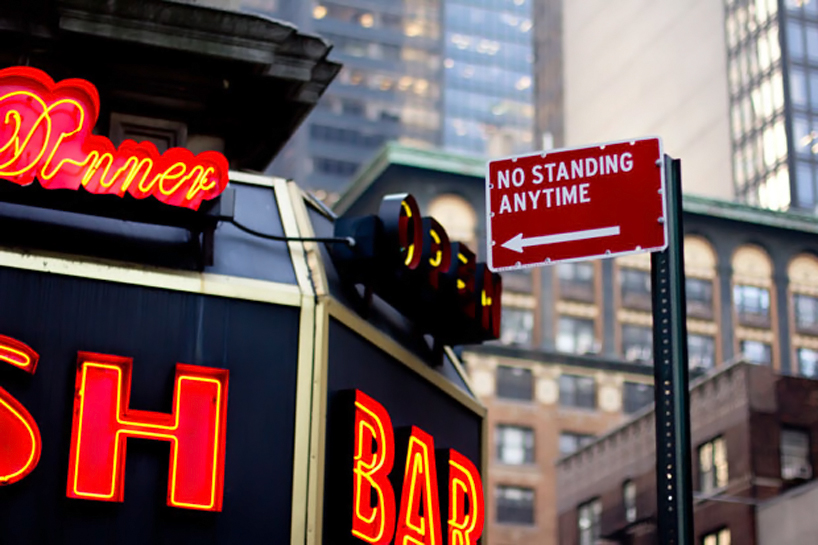 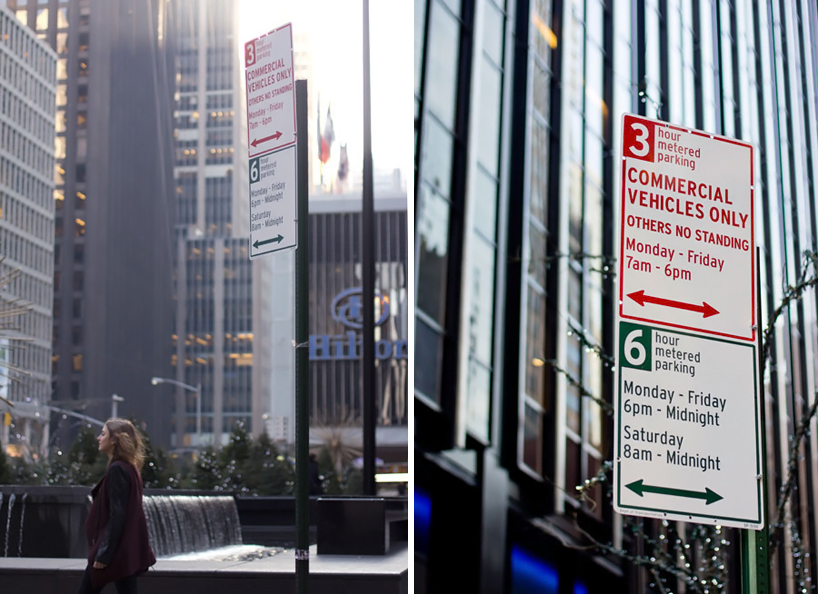 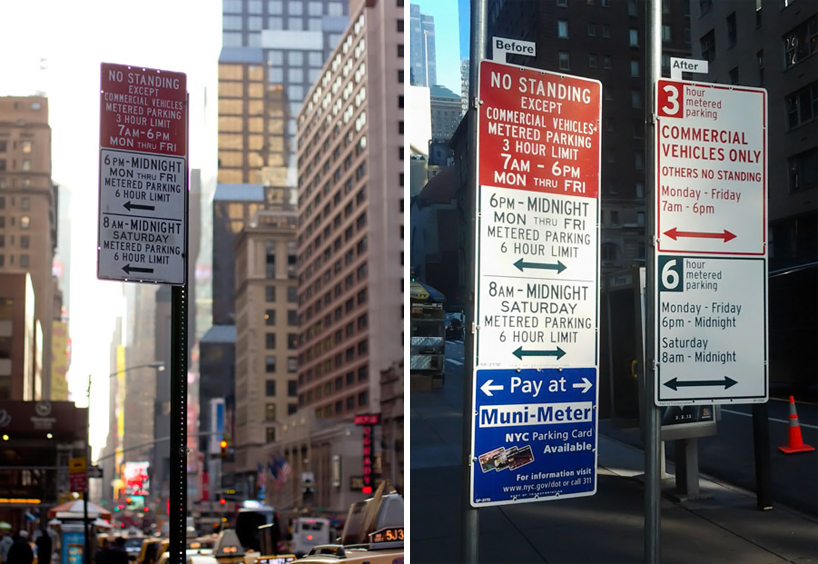 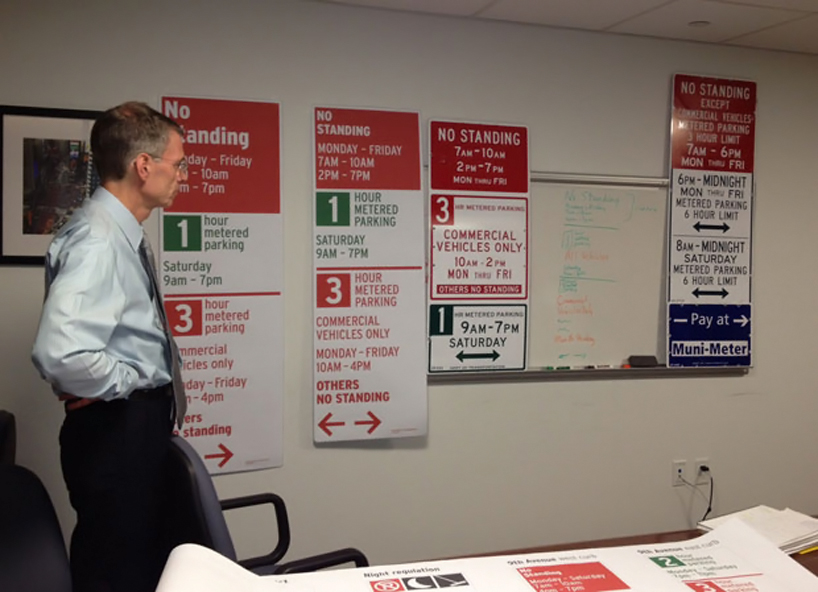