pentagram’s michael bierut and his team have designed a new brand identity for the amalgamated bank that updates its look while also honoring its legacy. amalgamated has its roots in the amalgamated clothing workers of america union, now part of workers united, the current majority owner of the bank. the financial institution’s heritage in the garment manufacturing union inspired the new mark, which weaves two forms together like fabric and resembles an abstract ‘A’ and ‘B’.

the two folded loops suggest strength and unity. (the definition of amalgamate is ‘combine or unite to form one organization or structure.’) the shape functions both as a monogram—it updates an existing ‘AB’ configuration — a symbol that graphically illustrates the bank’s emphasis on community and working together. 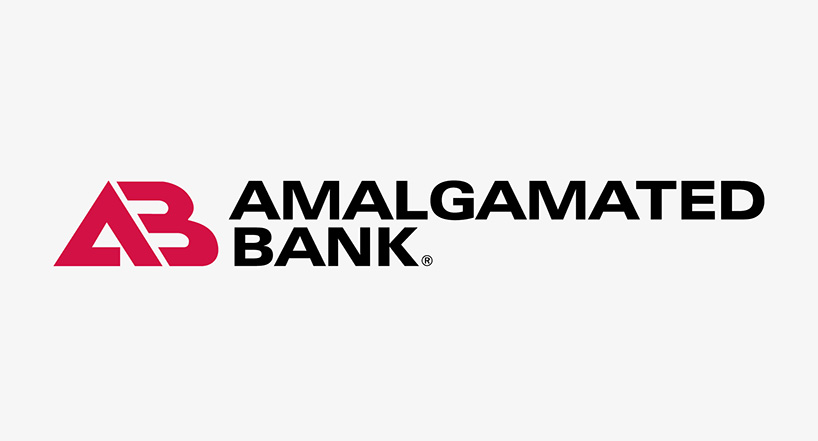 the new symbol appears in a contemporary color palette of blue and orange, a nod to the colors of new york city’s flag. (not to mention two of the city’s beloved sports teams.) the identity is set in the friendly sans serif font circular. mercury text serves as the secondary typeface.

color variation of the new logo

building on the folding action found in the mark, the designers created a playful suite of icons to support the amalgamated brand online, in collateral and on ATM screens. the symbols bend the lines of the mark into new forms related to money, business and service. 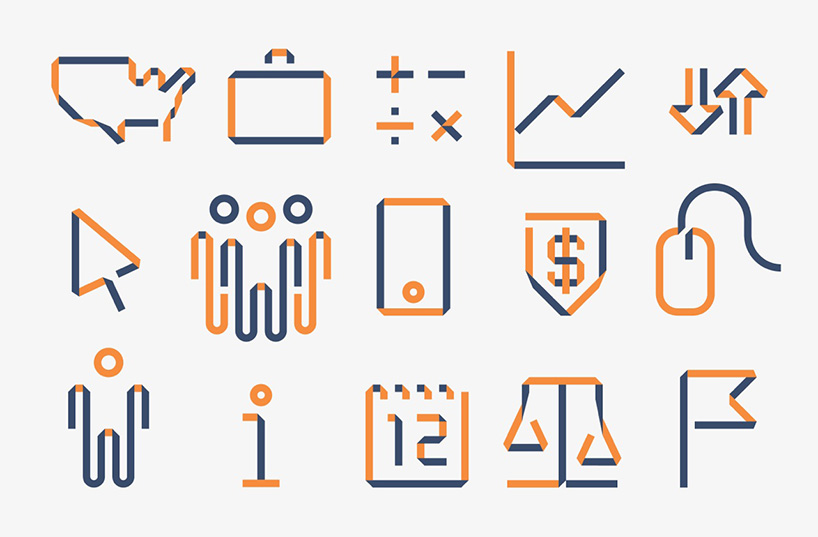 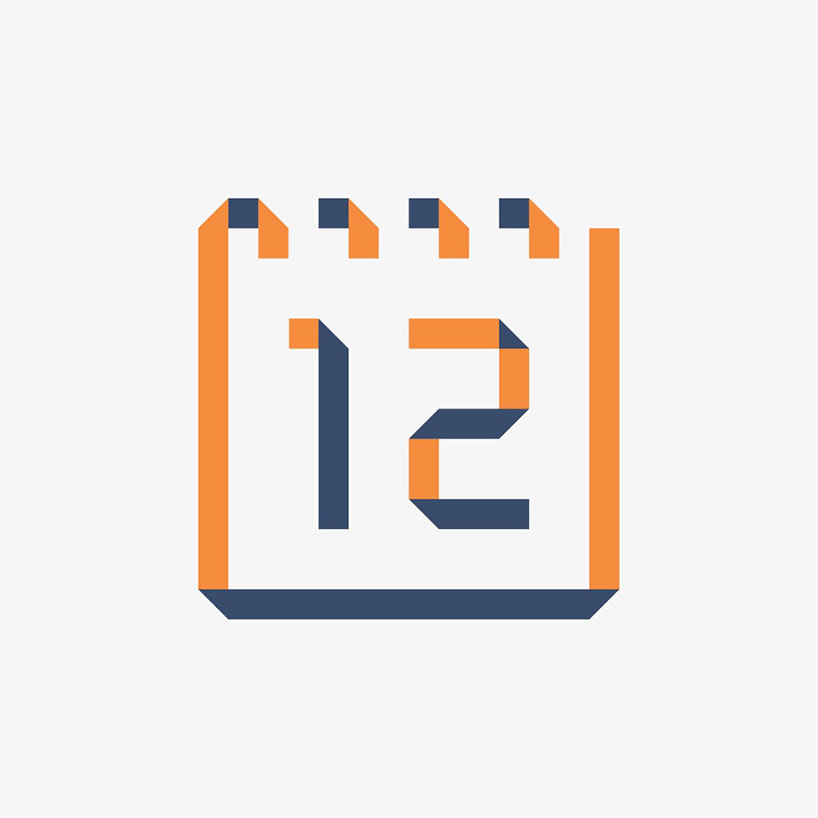 the launch of the identity has been accompanied by a revamped amalgamated website and interior and exterior renovations at many of the bank’s branch locations. 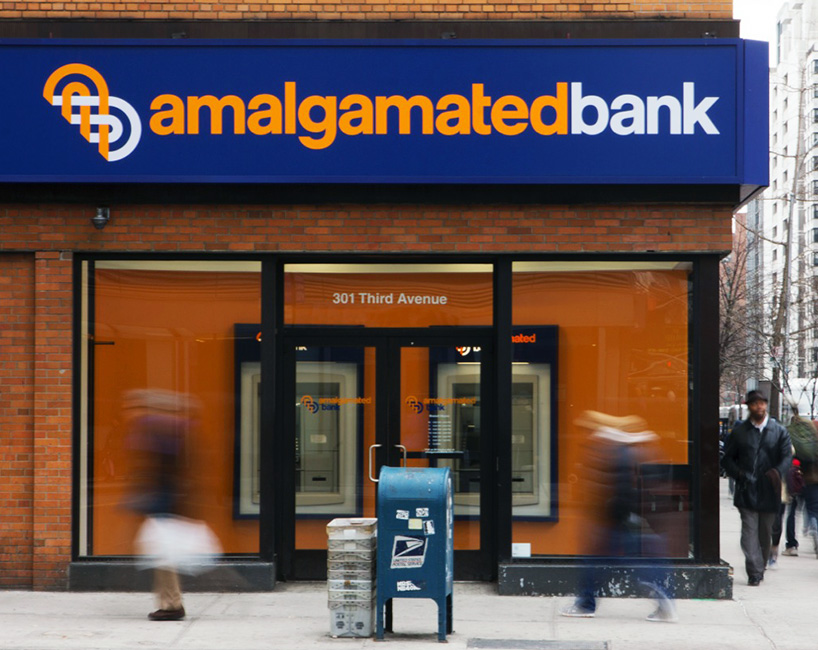 the new identity on signage on a branch façade 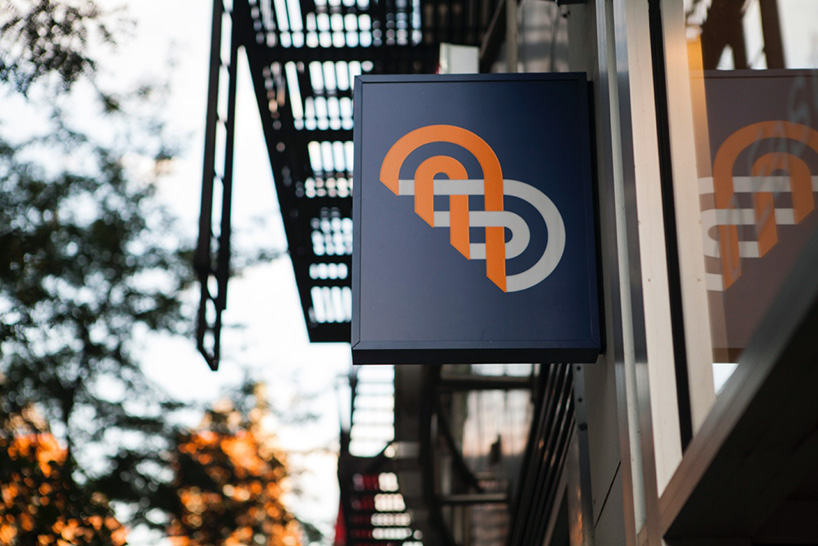 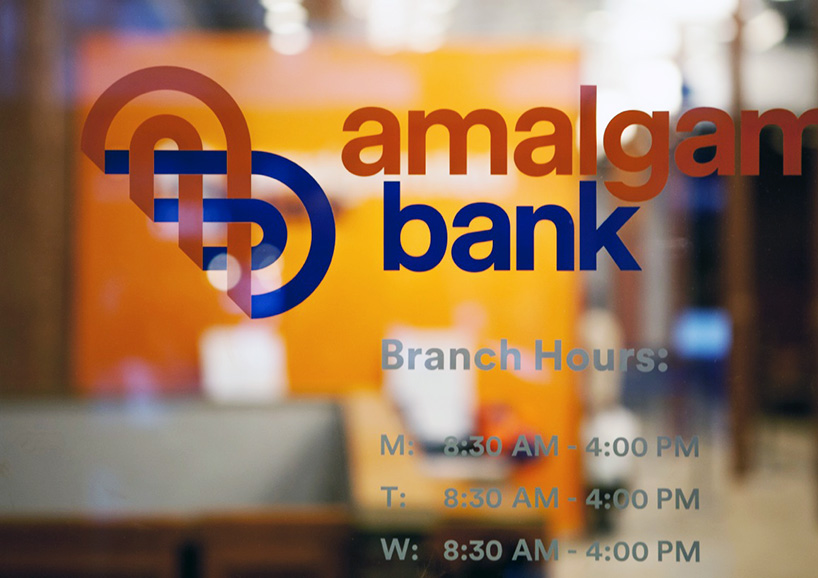 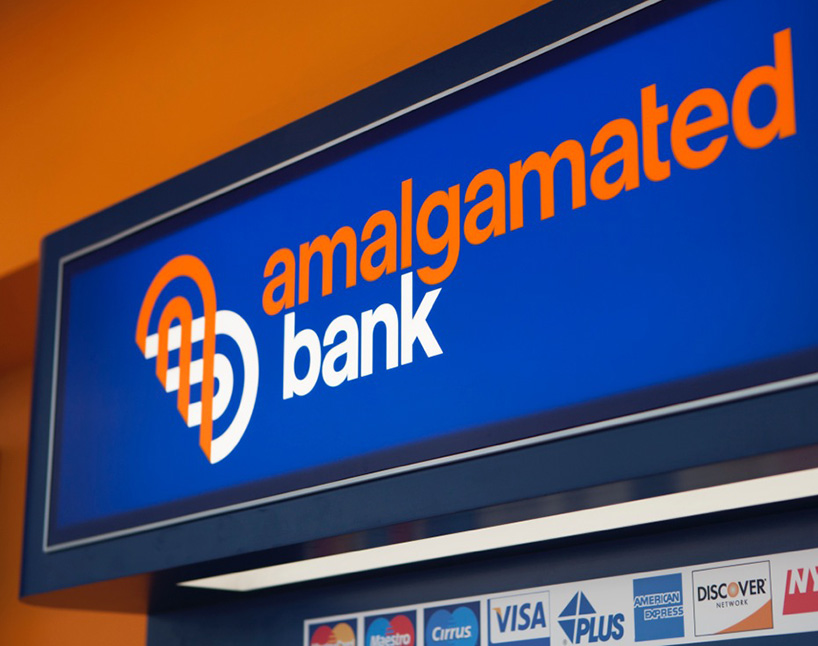 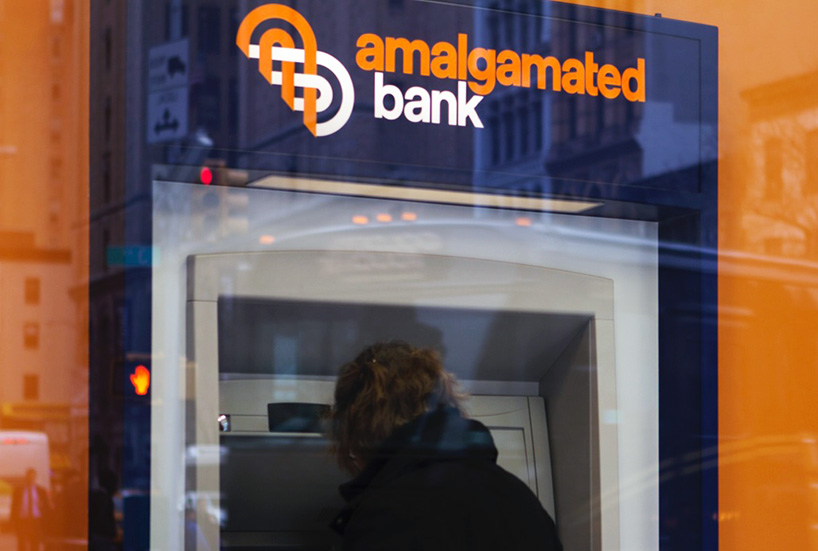 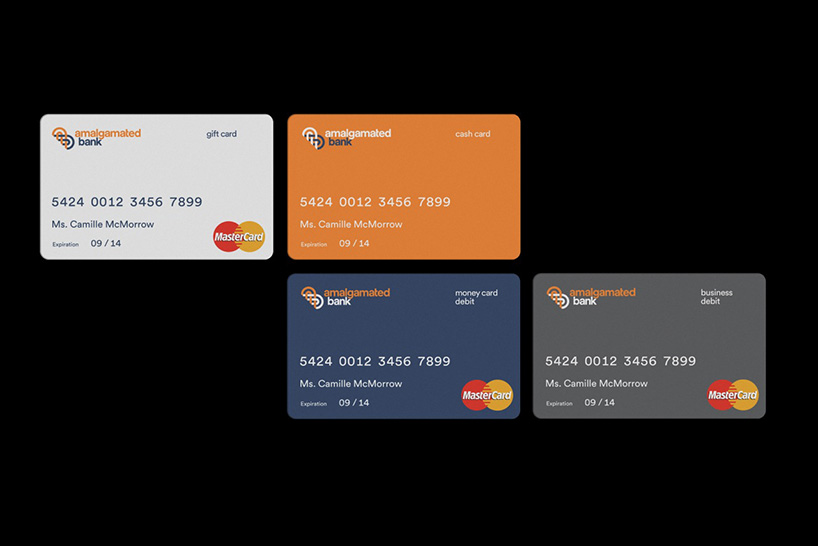 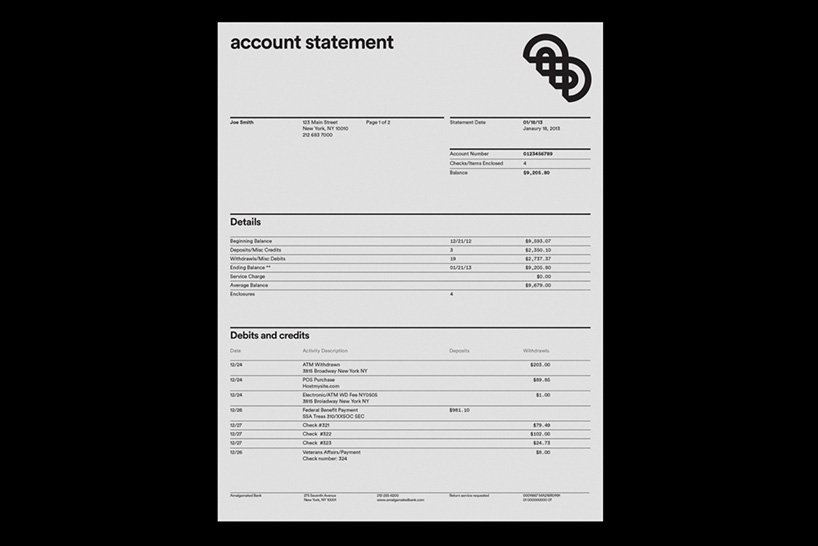