pentagram’s paula scher has designed her 19th season campaign for shakespeare in the park.

the concept behind this year’s image is all about errors, especially in old printing technology: backwards type and printer errors, missed registrations, etc. strike sheets were also an inspiration.

this is the latest campaign in a long line of work that scher has designed for the public theater since she designed its identity in 1994 – full details here. 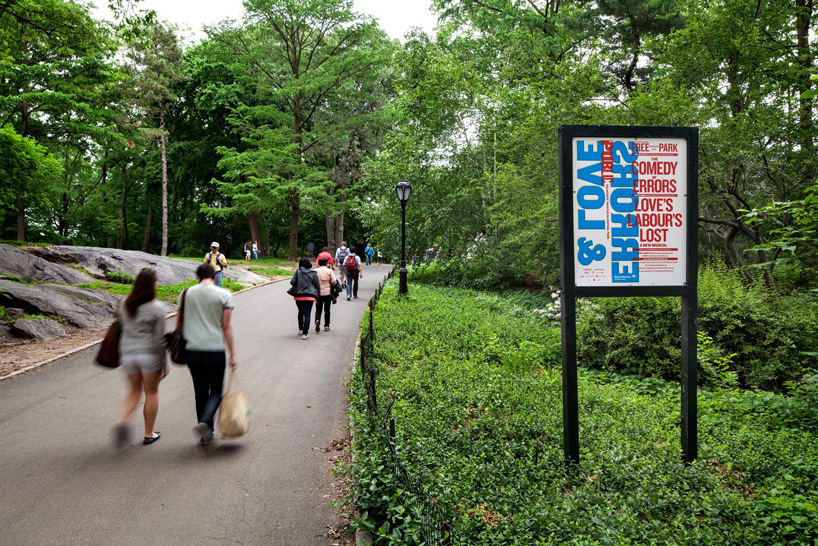 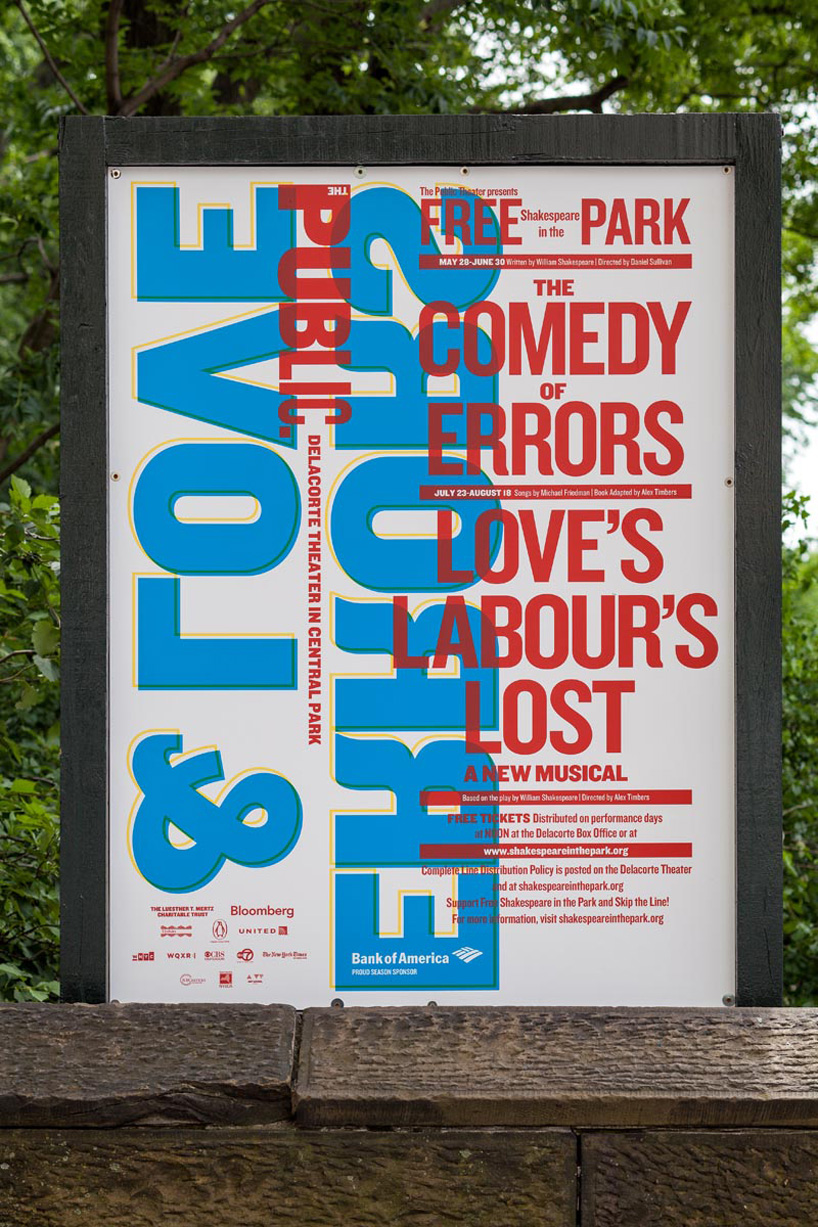 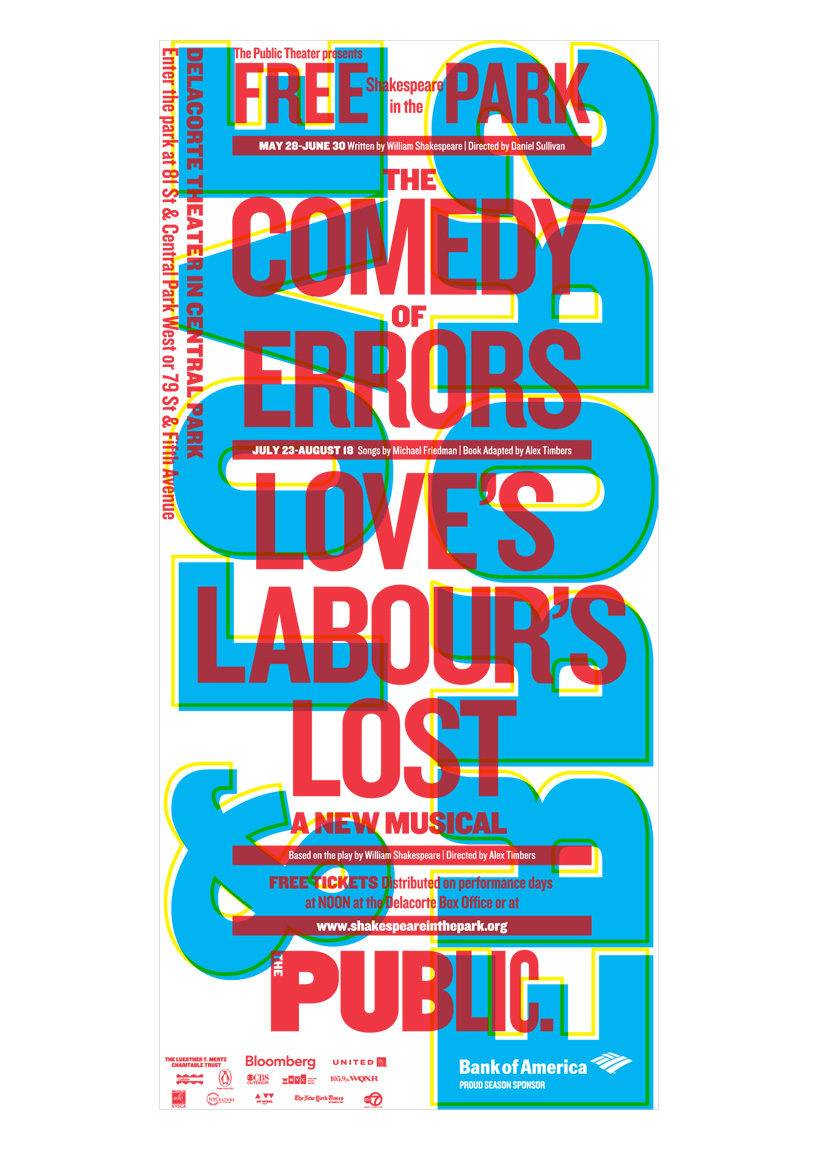 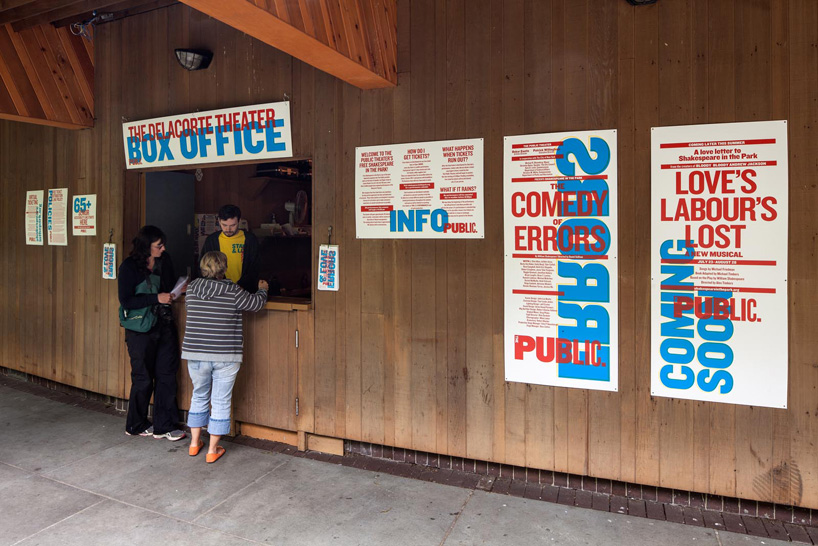 signage at the delacorte 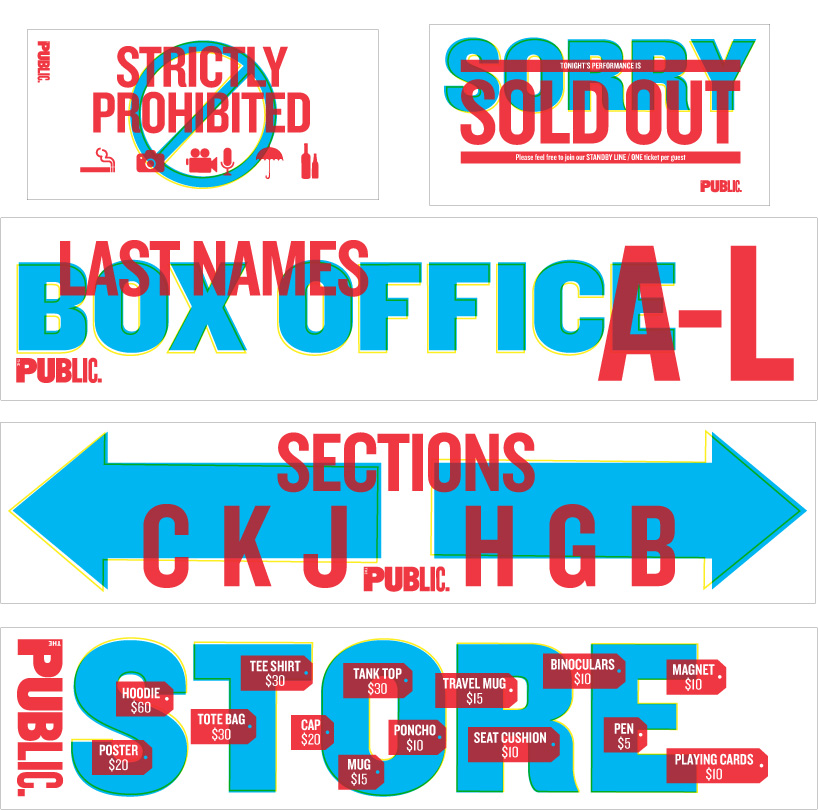 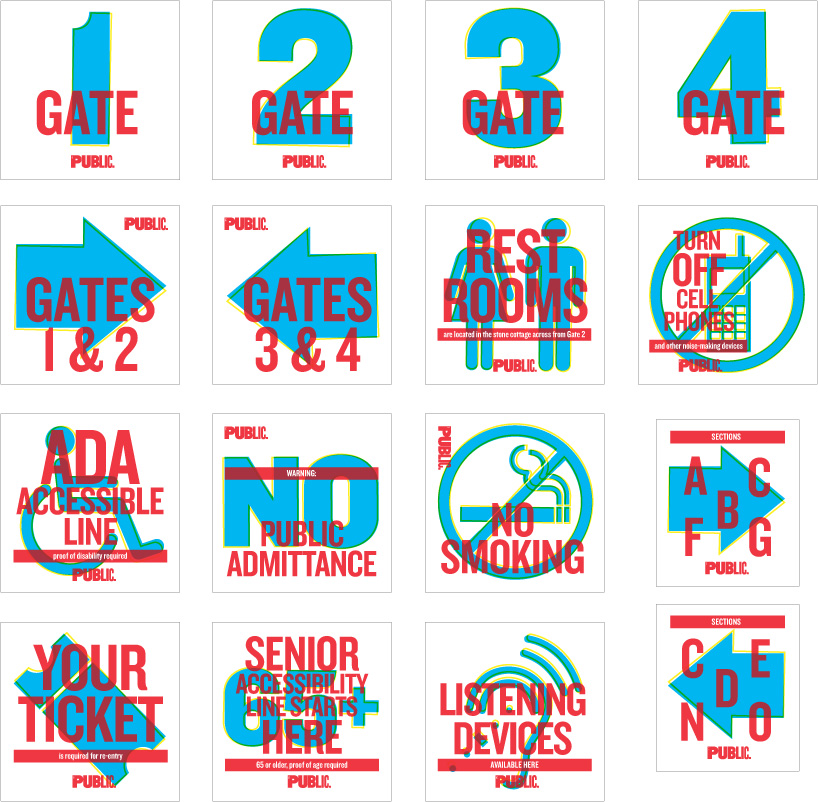 designs for signage at the delacorte