developed for the EPFL+ECAL lab in switzerland, SOFTlab has designed the exhibition and graphics for the installation ‘gimme more: is augmented reality the next medium?’. conceived in collaboration with pentagram’s natasha jen at the eyebeam art + technology center in new york, the intervention showcased seven different installations by artists such as yuri suzuki who use augmented reality (AR) to tell stories in new ways. the typographic work for the show played on the intersection of AR – objects, environments or interactions that have been enhanced with virtual content with the material and immaterial, using simple elements of light and shape to create an abstracted effect helping introduce visitors to the subject. 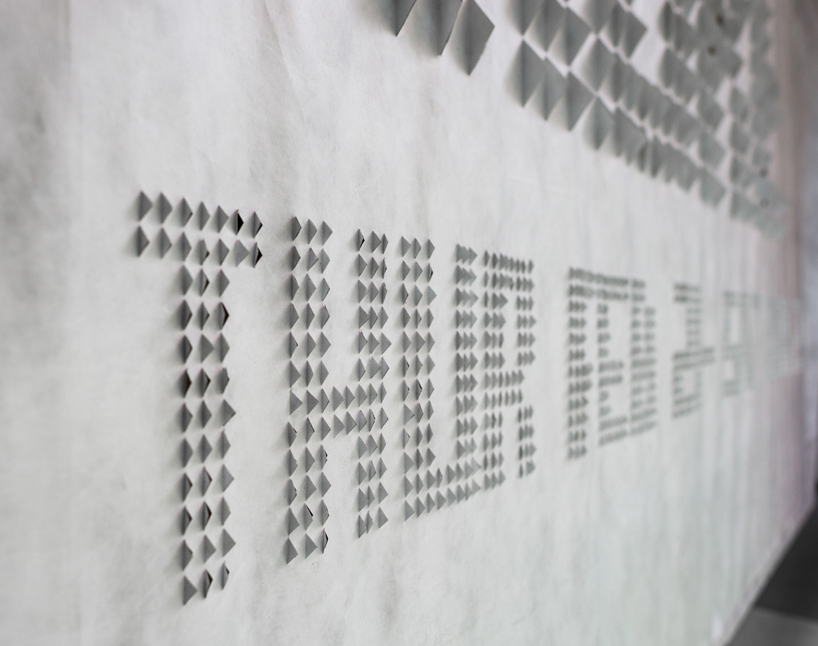 using large structures made of tyvek sheets, SOFTlab’s design defines the gallery’s open, industrial space. wrapped around suspended cardboard tubes to create volume, the panels act as dividers to help separate the installations and create an environment for the show. back-lit by custom-designed lighting fixtures, the volumes contrast the texture of the tyvek to create a kind of glow at each installation. pixel-like, modular typography forms the identity of the exhibition – scaled for various applications – from large graphics in the gallery window to the printed exhibition program. in exhibition signage, the triangular modules were cut out or projected to create type that was dimensional and constantly changing. 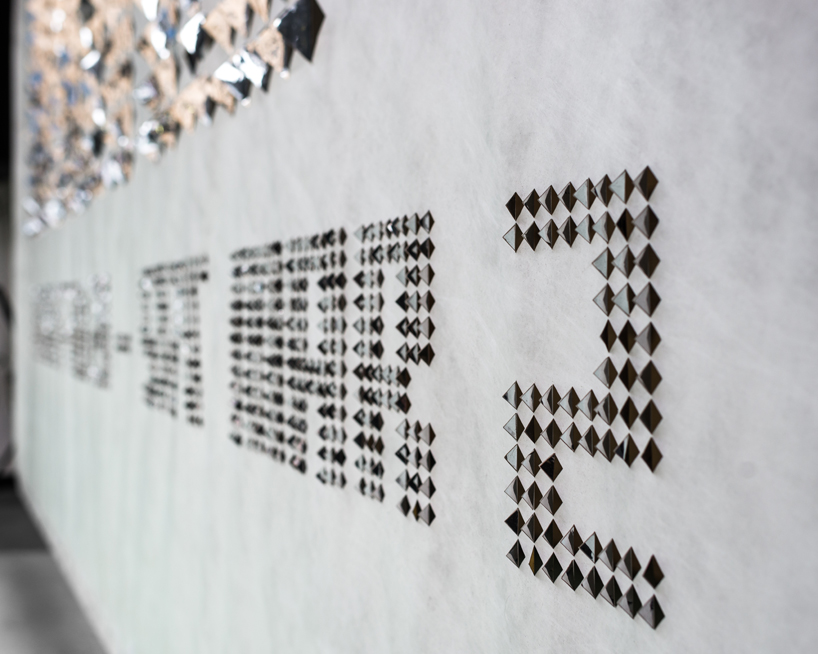 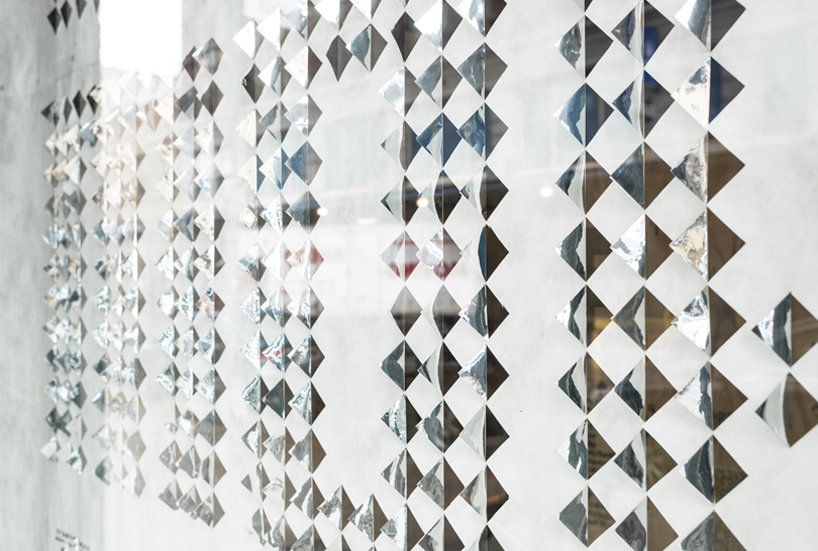 inside the gallery, the analogue treatment of the window was translated into a more dynamic, digital approach for the title ‘wall’ at the entrance of the show. triangular pixels are cut, folded or adhered on the tyvek, while others were projected as animated pixels of light to complete the graphic. ultimately, the effect successfully captures the exhibition’s blur of the physical and digital. 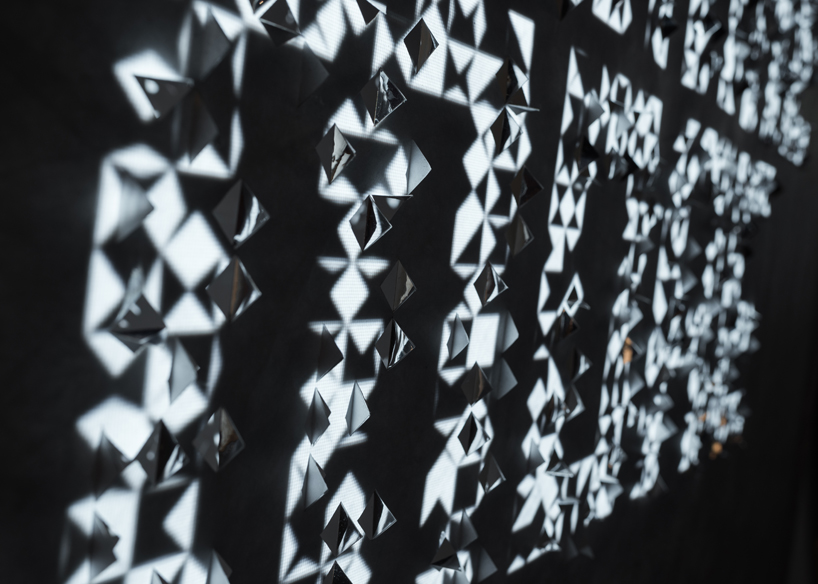 some triangular pixels were cut, folded out or adhered on the tyvek, while others were projected as animated pixels of lightimage courtesy alan tansey 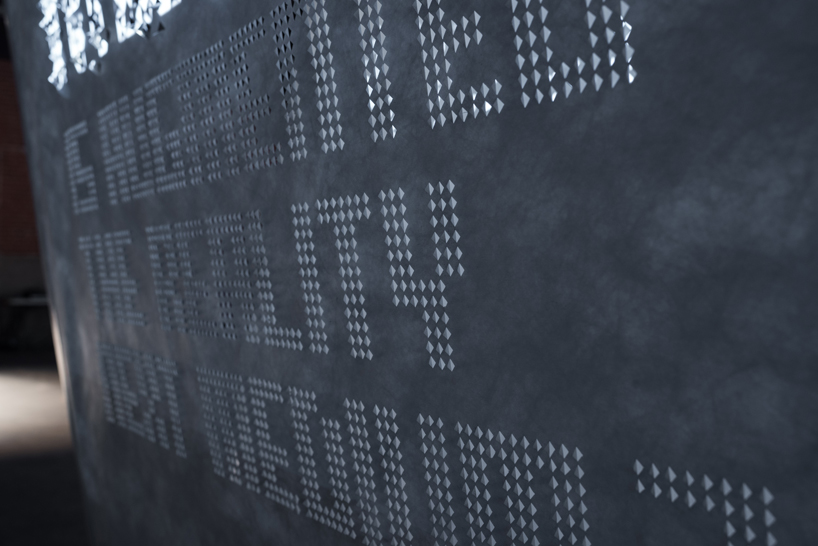 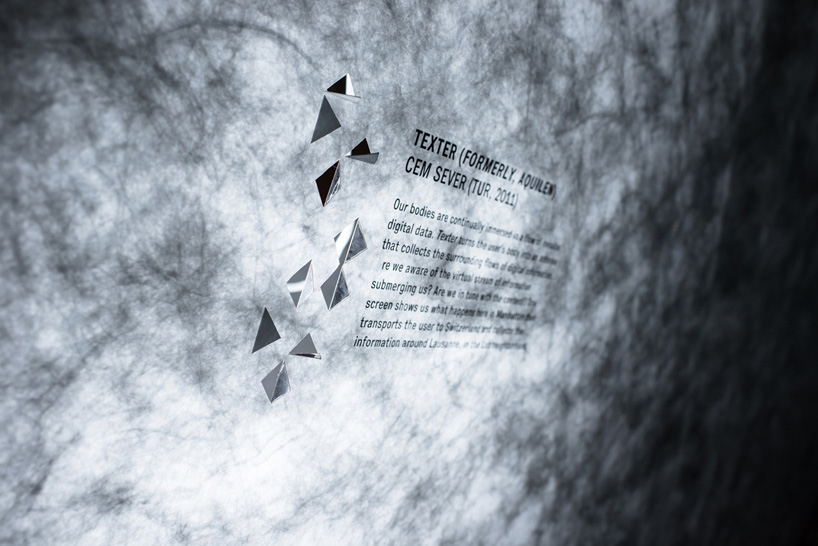 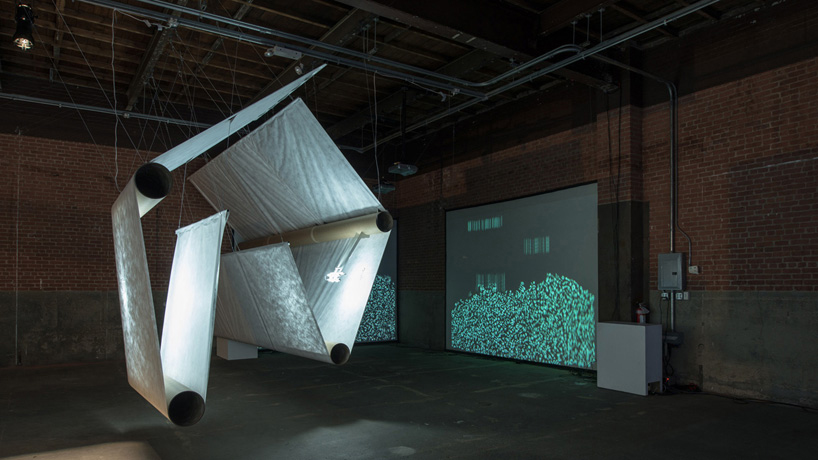 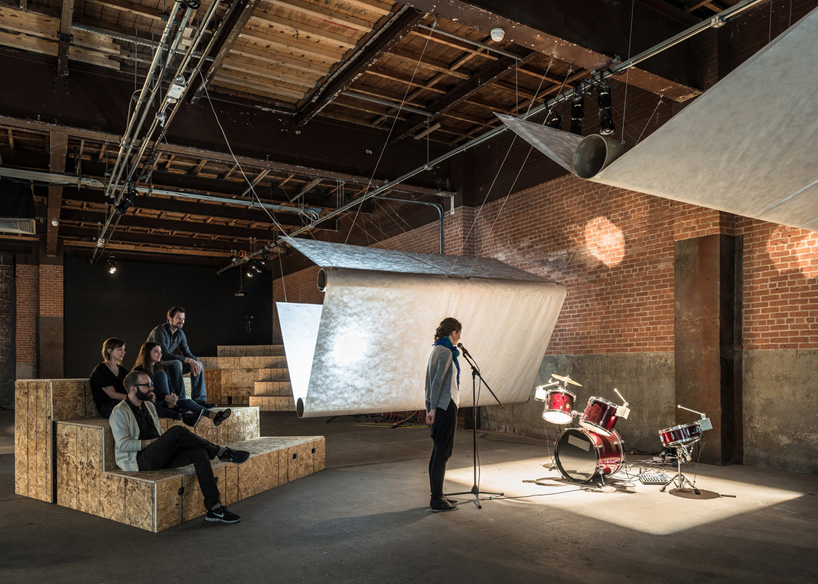 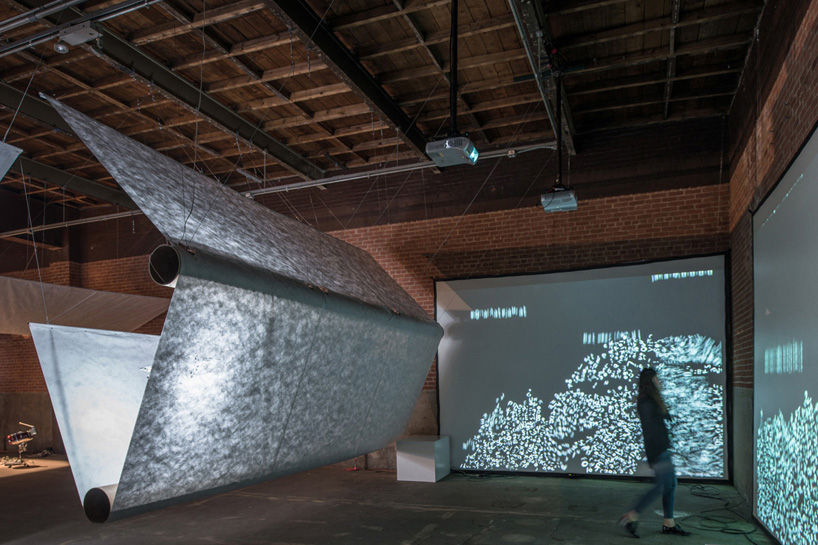 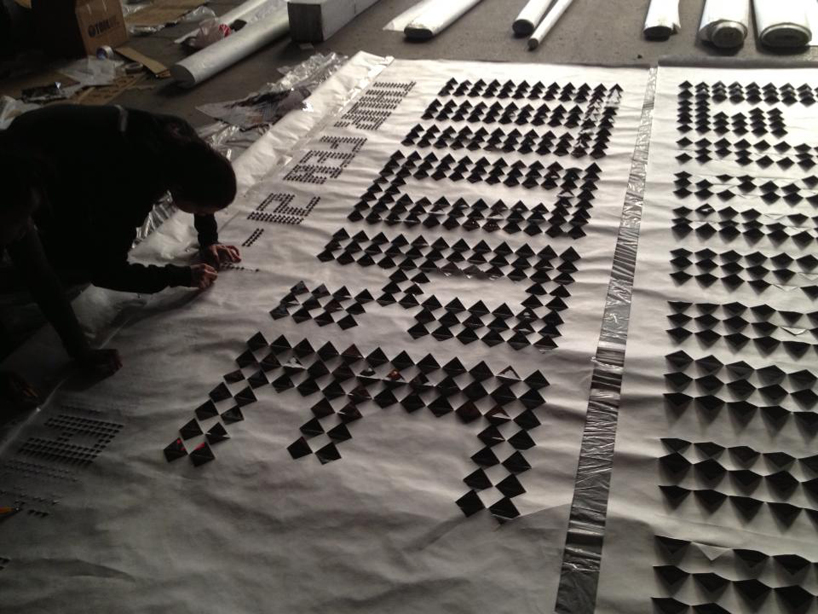 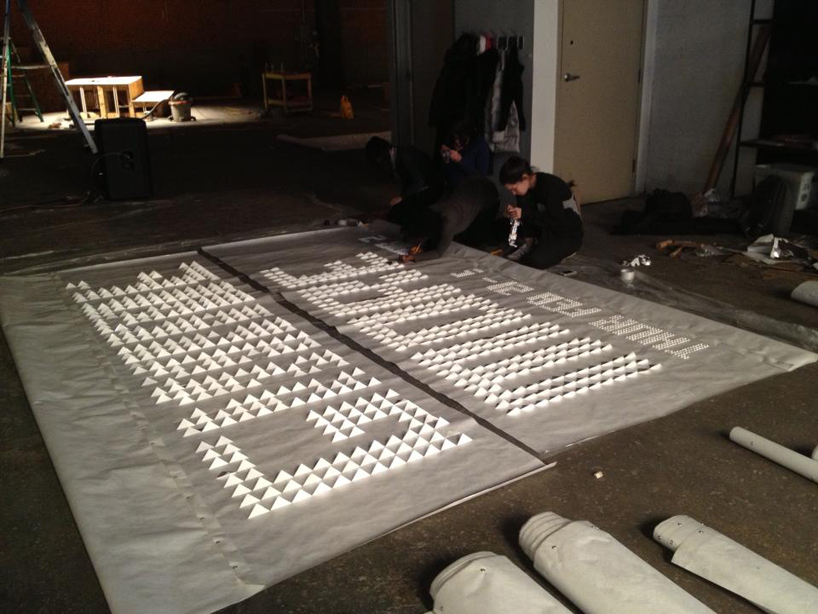