inside three lane crawford retail locations — beijing, shanghai, and hong kong — people’s architecture office (PAO) have realized a series of installations that propose and demonstrate how ‘tubular living’ can be adapted for the future. in this imagined architectural scheme, people can occupy large metal ducts, typically found in buildings’ structural core. informed by hidden ventilation shafts and mechanical systems that support the comforts of modern life, PAO turns architecture inside out by exposing these devices to public view, and offering them as a place of habitation. 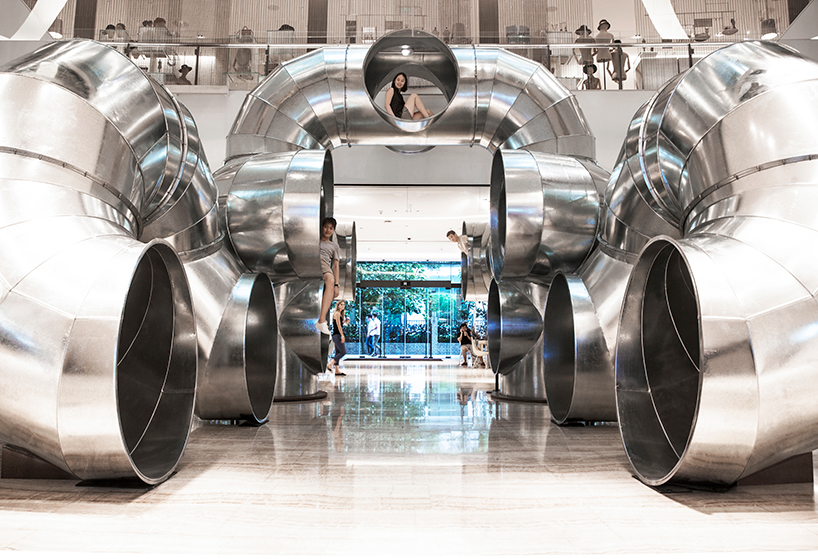 inside the shanghai store, the installation demonstrates how vertical habitation can be adapted for the future

in the system of ‘tubular living’, horizontal spaces are suspended in the air, branching off from vertical towers. metallic cylinders house staircases that lead to upper levels, become occupiable rooms, and turn into tunnels that offer views from above. additionally, internal spaces can be used as oversized speakers, while tubular knots serve as seating and furniture. inside, areas are populated by lighting pieces, tables and chairs designed by people’s industrial design office, a branch of PAO. in its making, the installation used factory-made standardized parts, assembled on site, whose raw industrial surfaces contrast the pristine interior of the upscale retail store. 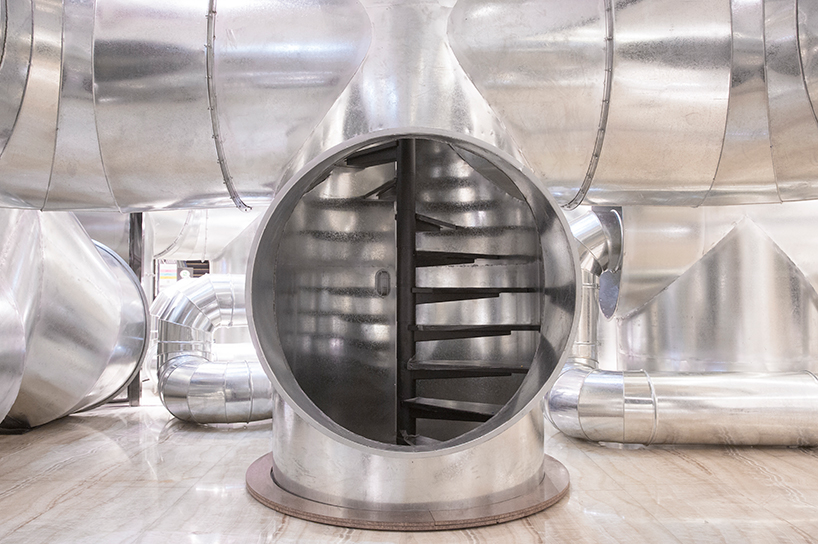 spiral staircases lead to the upper levels of the tubular ‘dwelling’ 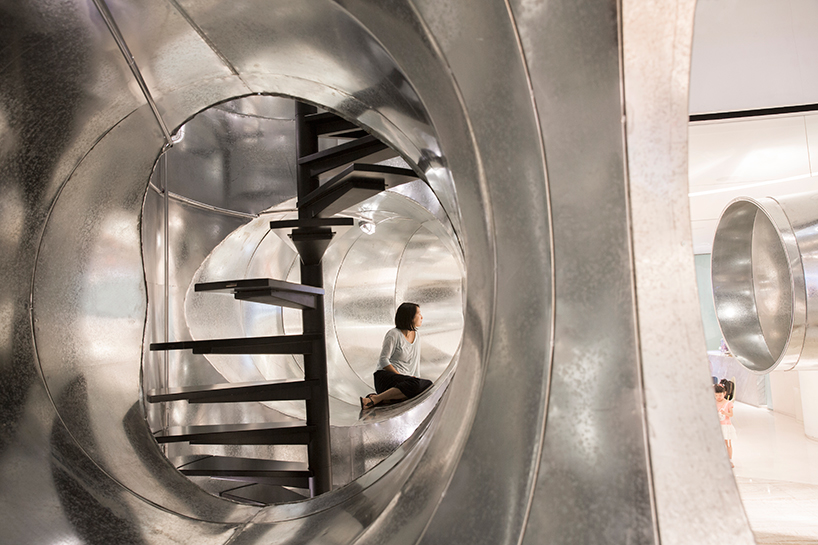 the architectural material is turned into a system for future living 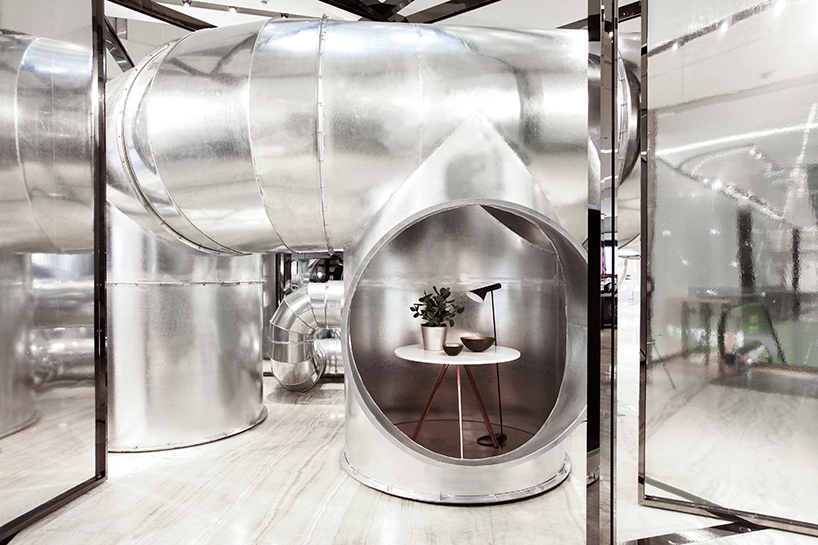 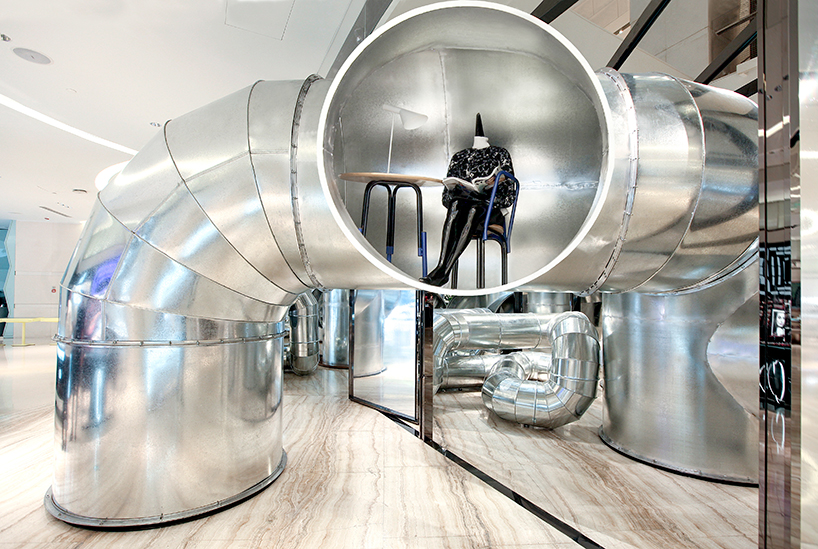 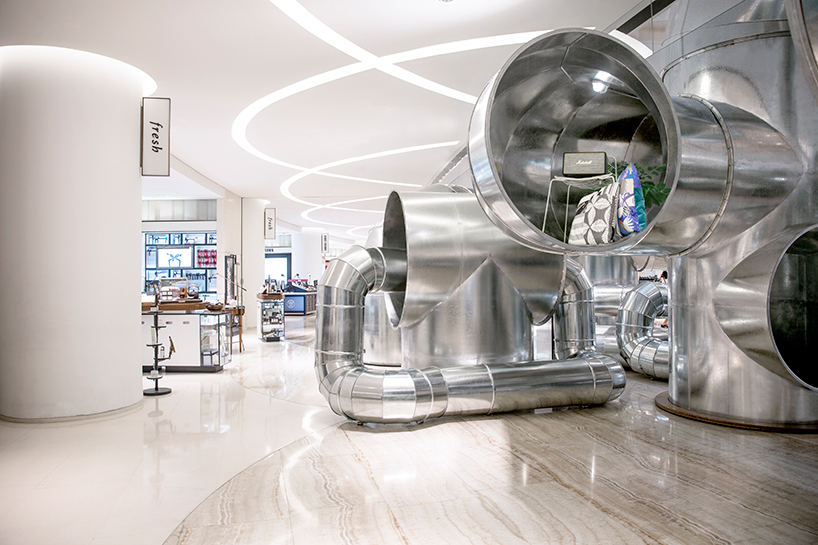 horizontal spaces are suspended in the air, branching off from vertical towers 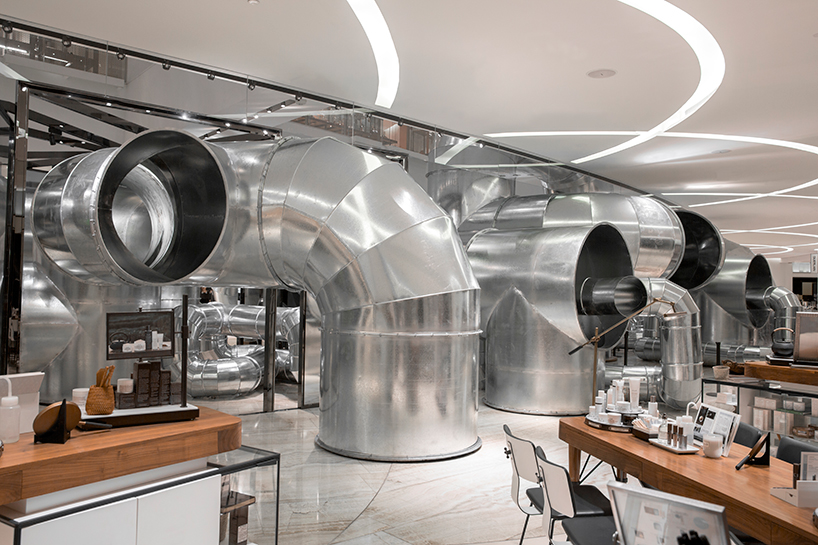 in this imagined scheme of ‘tubular living’, people can occupy large metal ducts 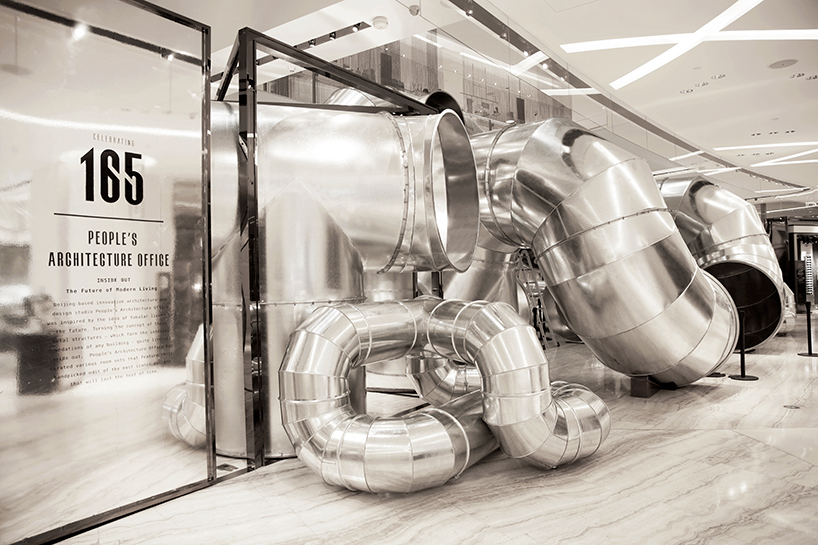 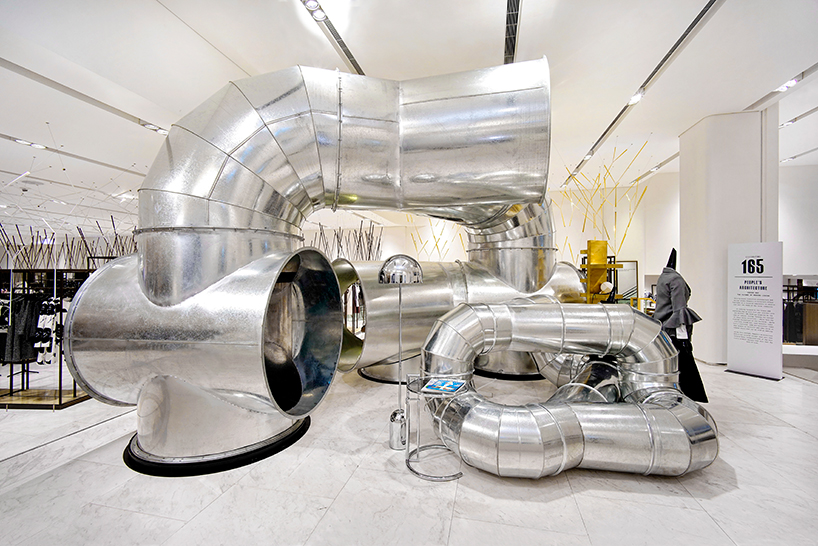 the installation in hong kong is adapted to a smaller setting 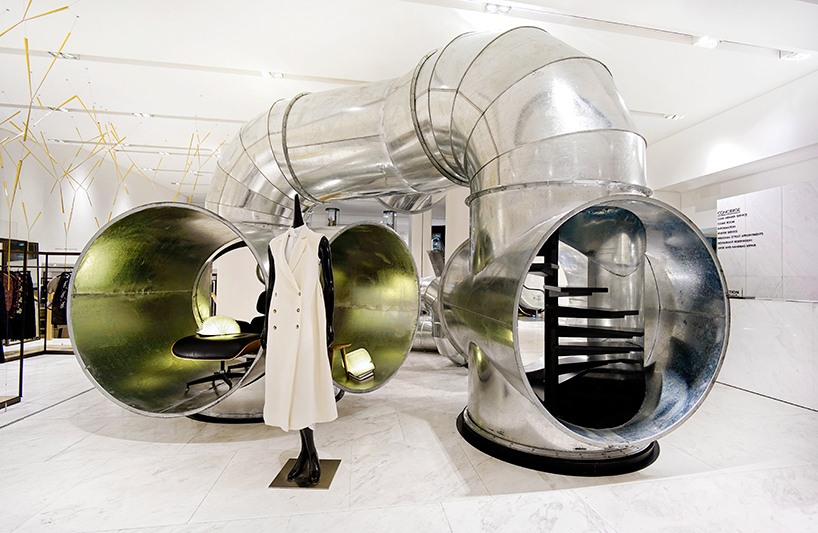 stairs lead up to a large horizontal tube 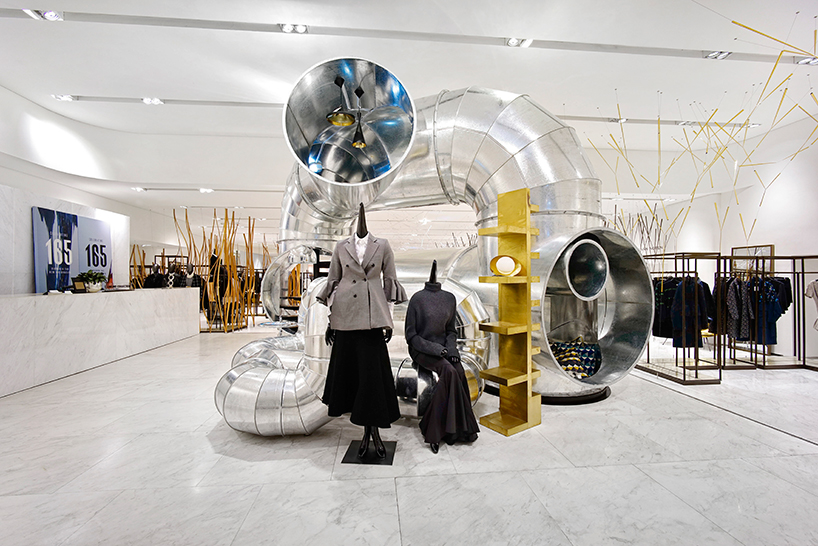 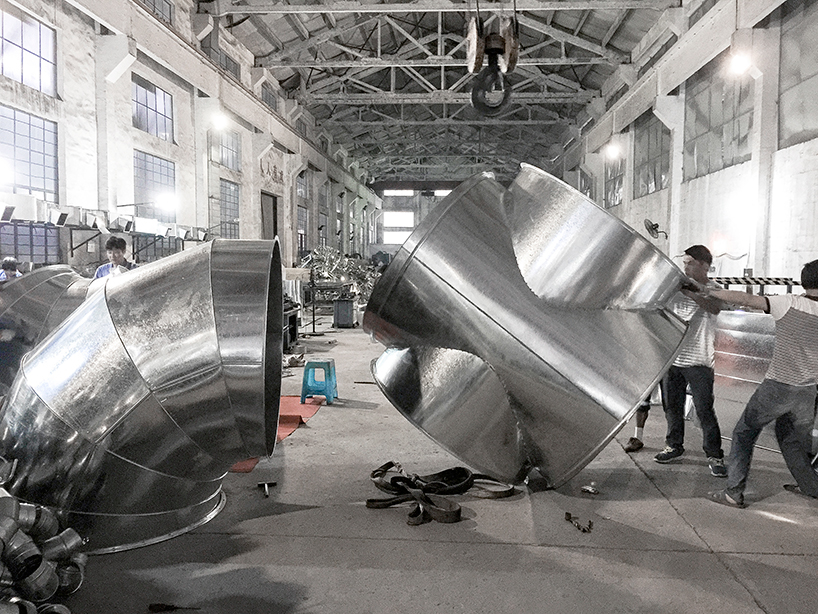 the installation is constructed from factory-made standardized parts, and assembled on site 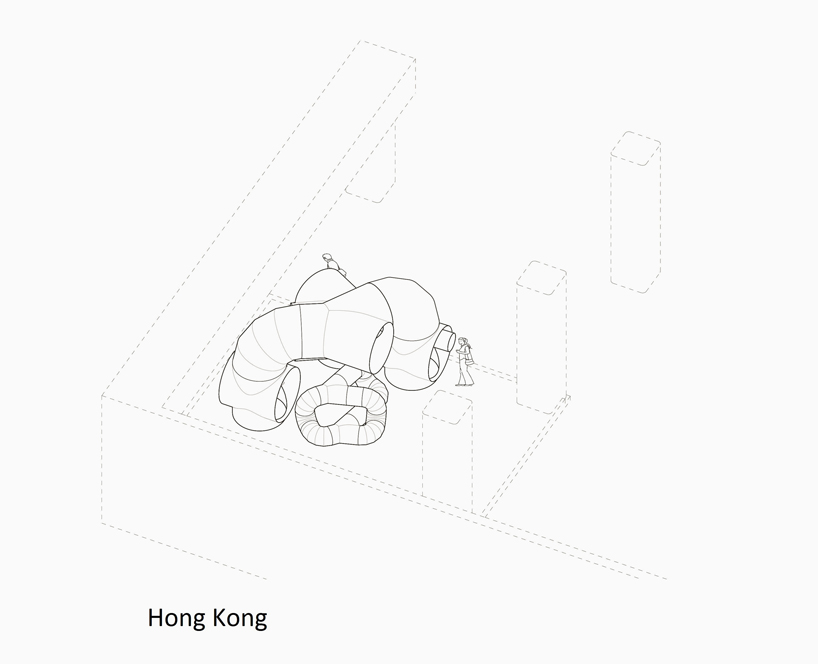 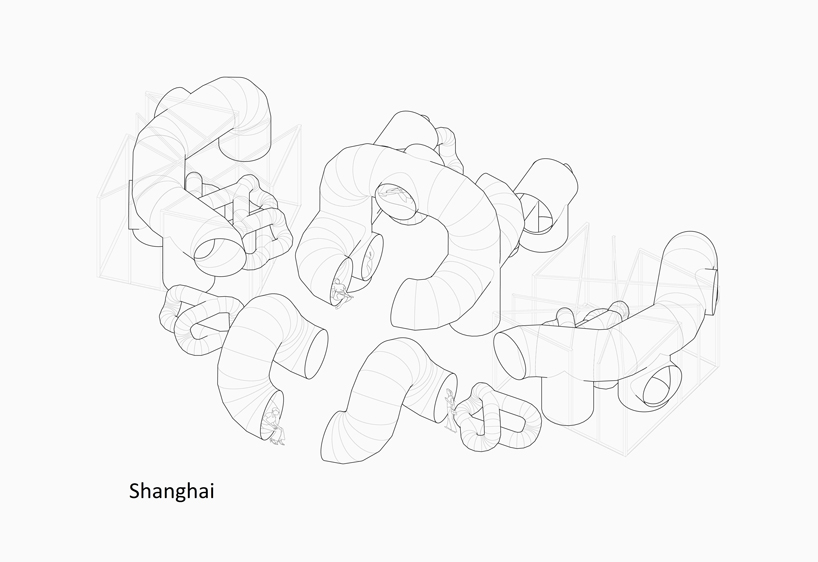 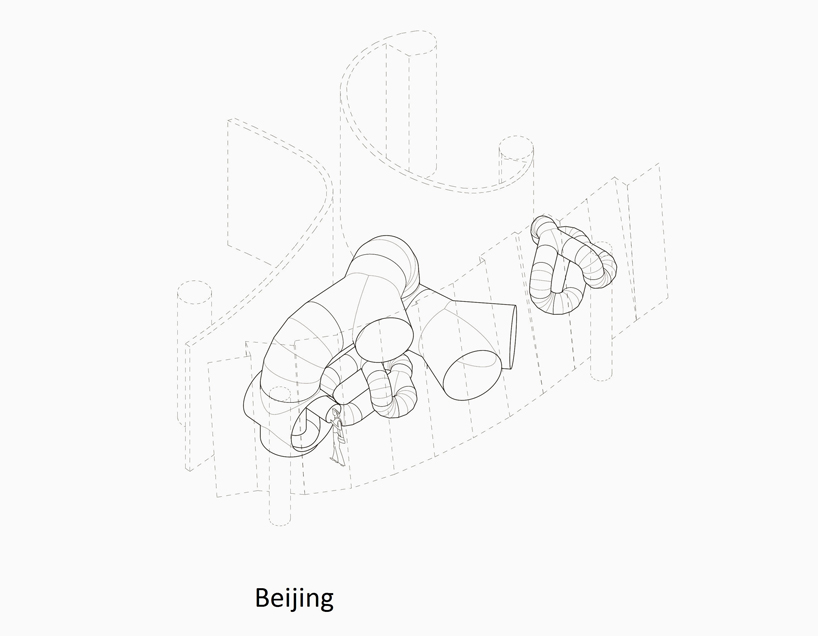