it’s persimmon peak drying season in japan right now and the wakayama prefucture is now dressed in orange. known as one of the major producer of persimmons, the prefecture in kansai, japan is seeing roughly 70 farmers from the town of katsuragi turn their farms into what looks like the 2005 installation by christo and jeanne-claude in new york dubbed ‘the gates’ that saw orange curtains play with central park. 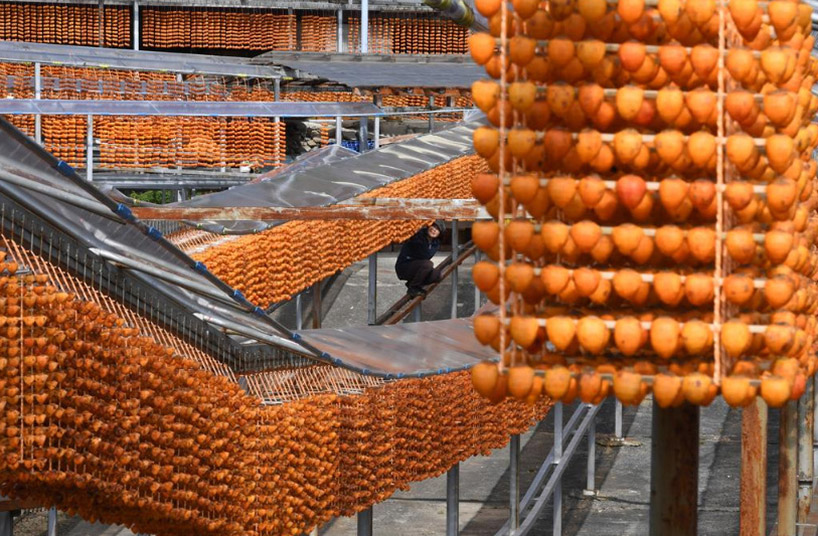 early november is peak persimmon drying season and it perfectly coincides with kagamimochi, a new year’s decoration that uses hoshigaki (dried persimmons) as decoration across japanese households. the kagamimochi is pieced together with white mochi at the base, followed by dried skewered persimmons, and on top, a daidai orange. this sculpture represents the imperial regalia of japan where the mirror is the mochi, the orange is the jewel and the sword is the skewered persimmons. 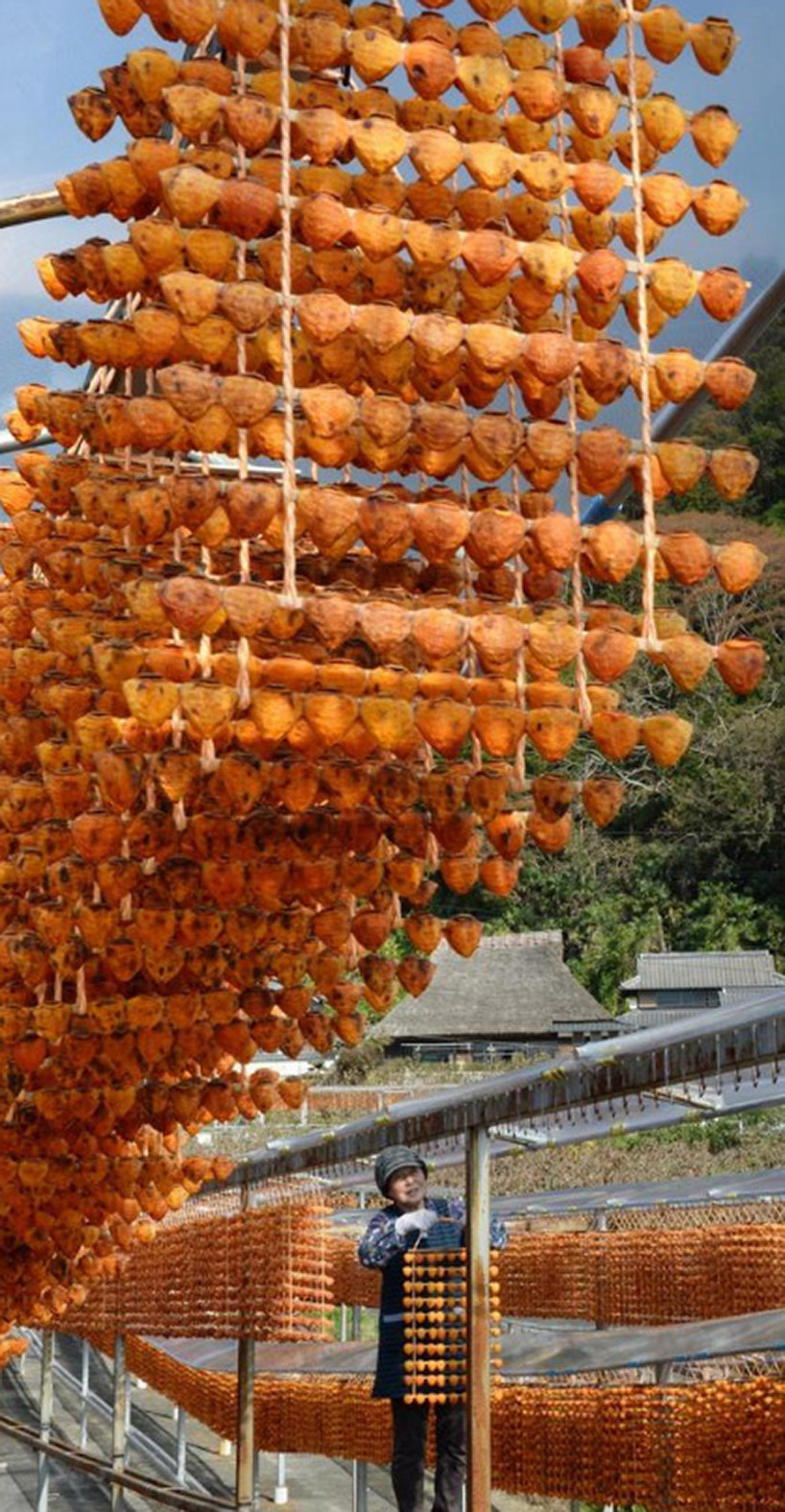 ‘the dried persimmons are arranged on a skewer in a very particular way,’ says spoon tamago. ‘a total of 10 of them are skewered with 6 in the middle and 2 on each side. this is important because, as in many cases, the japanese love wordplay. two (niko) on each end = smiles (niko niko) on the outside. six (mutsu) in the middle = harmony (mutsumajiku) on the inside.’

with a town dressed in orange color, japan continues to celebrate the persimmon. the fruit not only represents a good harvest but also symbolizes longevity as it is a very long-living tree. 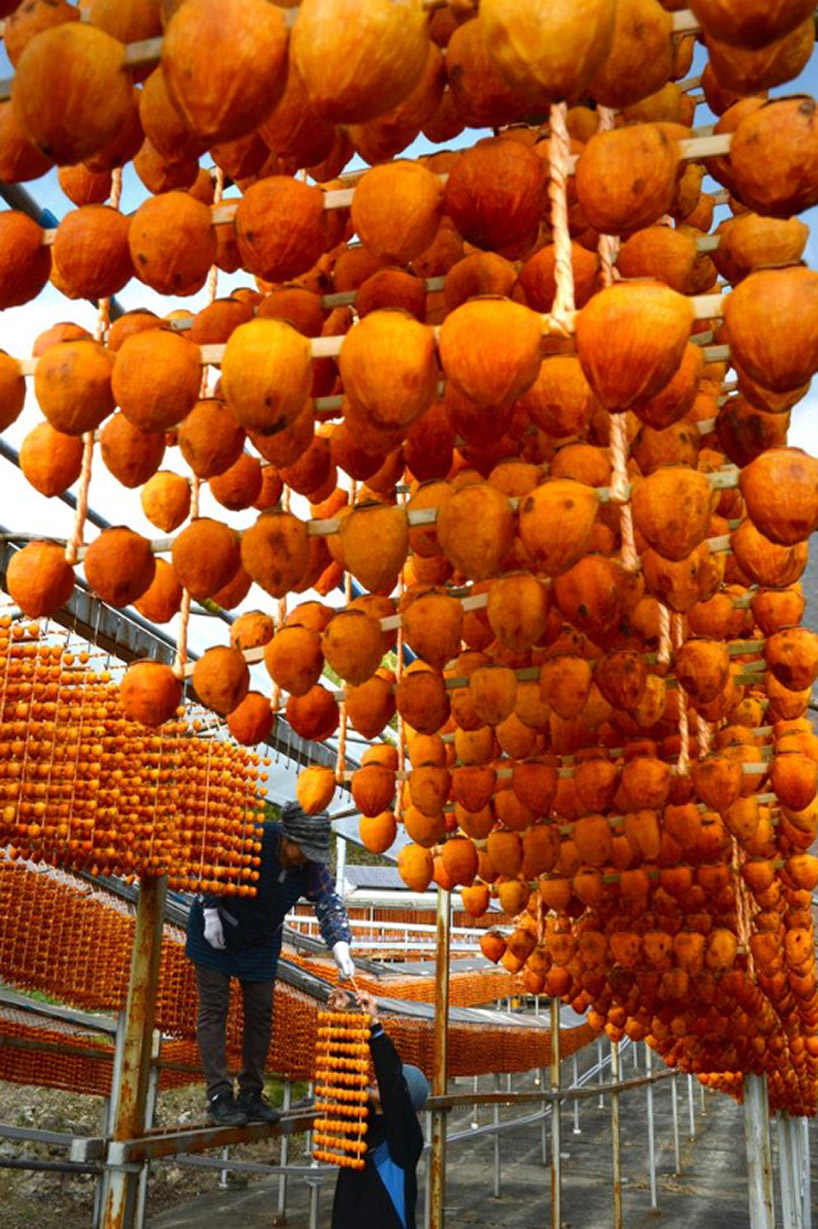 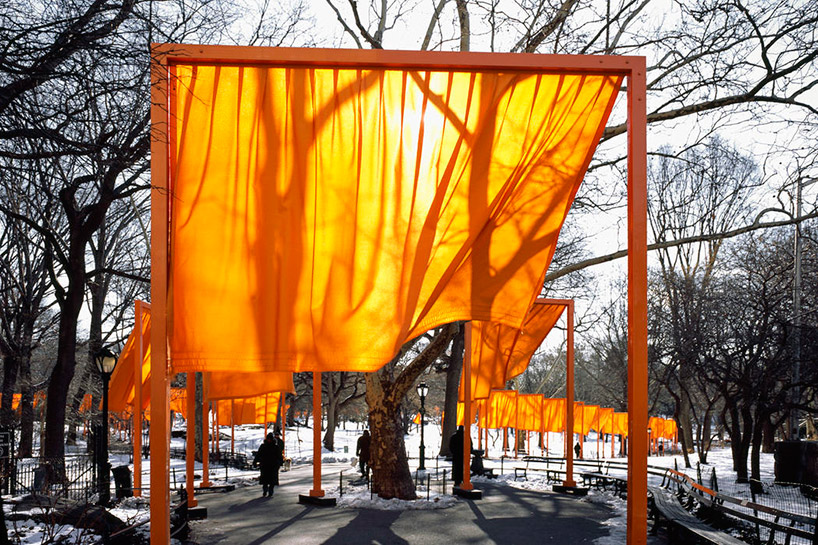