visitors to ‘the leather work’ pop-up shop in one of bangkok’s hippest shopping malls were given a grisly surprise as they surveyed the store’s inventory. courtesy of PETA asia and ogilvy & mather bangkok, shoppers were shocked to find beating hearts and intestines inside bags, jackets and belts. customers trying on shoes or gloves soon realized that their hands and feet had been smeared with fake blood. although the fleshy elements have been artistically reproduced, their hyperrealistic characteristics convey the jarring message of animal cruelty clearly and emphatically.

behind the leather
video courtesy of thePETAasiapacific

the campaign — ‘behind the leather’ — duped customers looking for animal-hide goods with a display of seemingly ordinary products that symbolically reveal the suffering behind exotic-skin accessories. caught on camera and made into a short promotional film, the customers’ unusual experience alerted them — and the video’s nearly 2 million viewers — to the suffering of crocodiles and snakes in the manufacturing of luxury leather products. 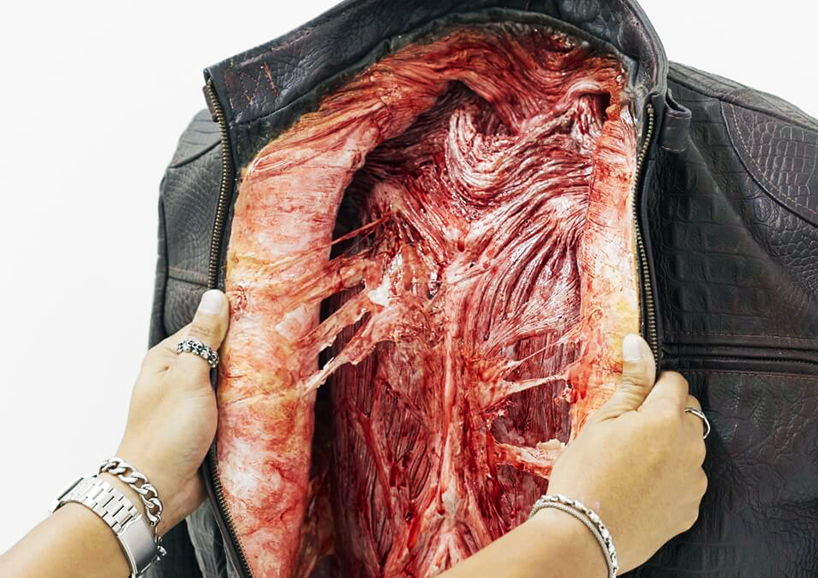 as shoppers unzipped ‘luxury’ jackets on display, a fleshy interior was revealed inside 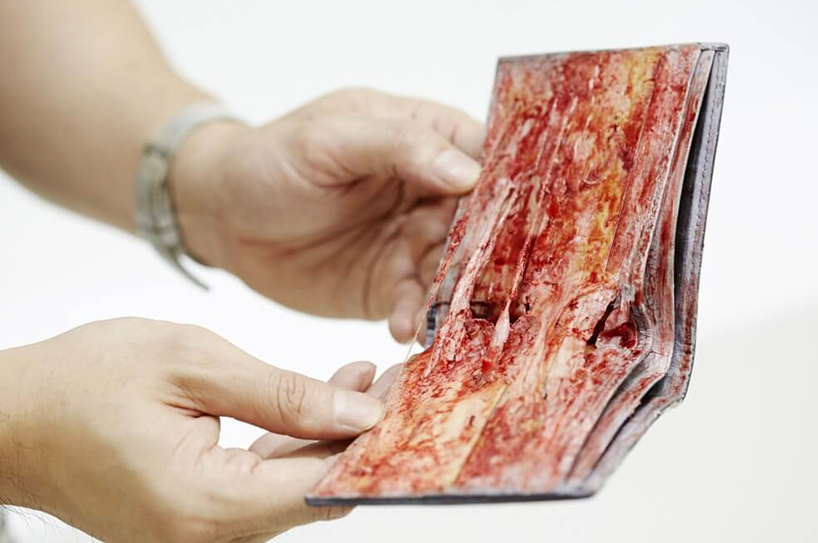 the faux-leather wallet opens up to reveal a grisly interior 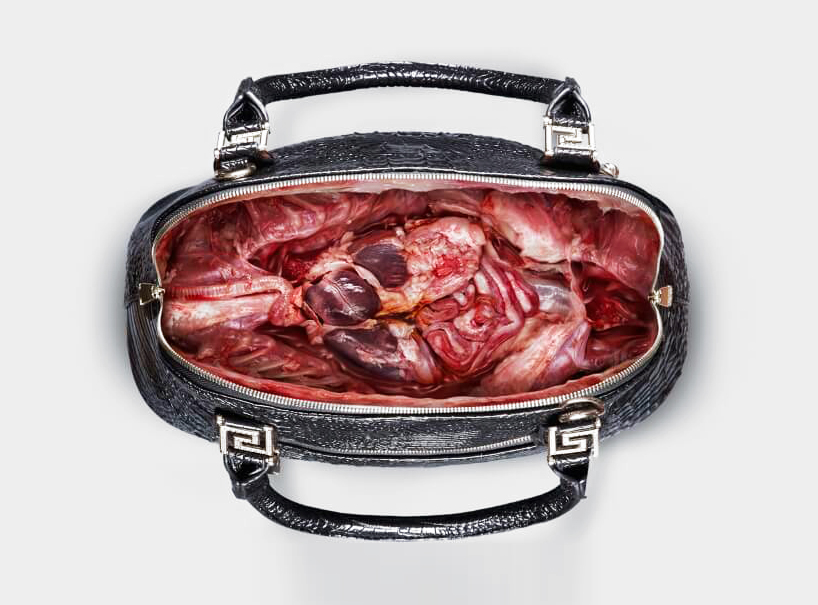 shoppers were shocked to find beating hearts and intestines inside bags 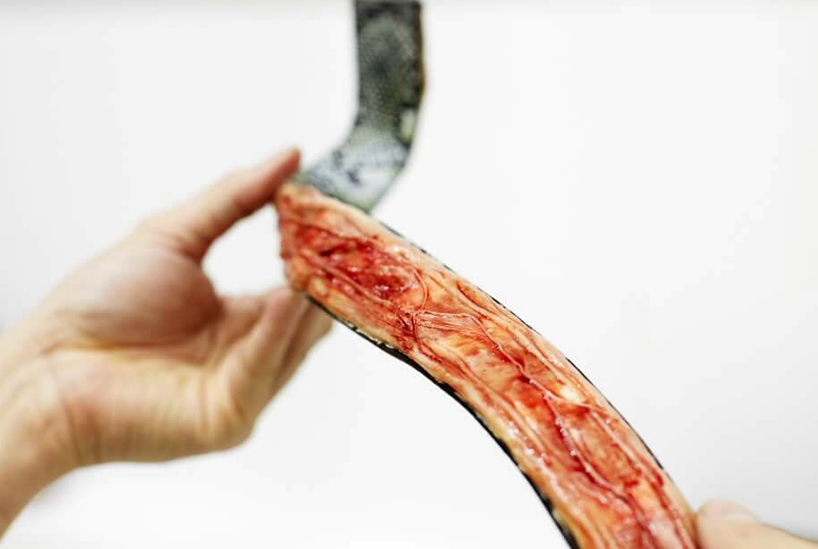 the campaign symbolically reveals the suffering behind exotic-skin accessories 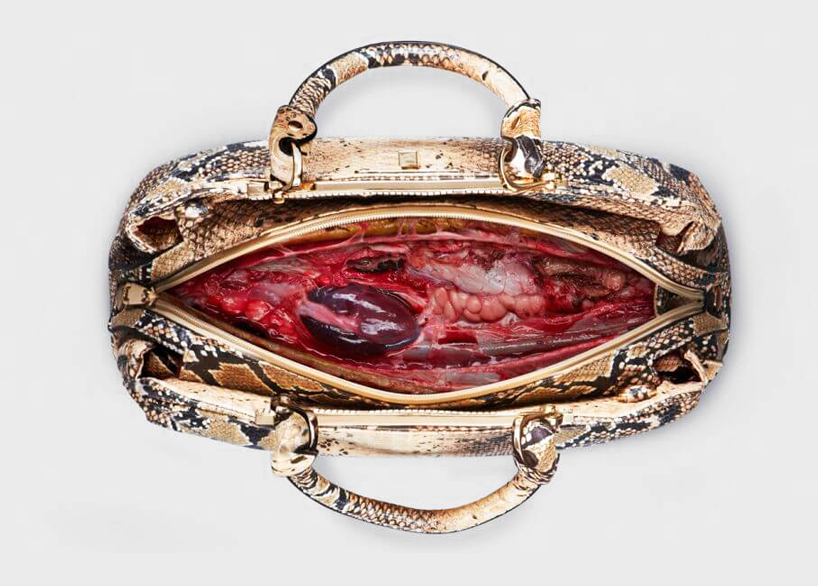