top image: deatil of an infographic from the body book – to be published by templar in 2014

peter grundy is an illustrator and designer who has specialized in information design for over thirty years.

DB: please could you tell us briefly about how you came to develop your style?
PG: in 1980 tilly northedge and I started a design group called grundy & northedge with the idea of taking information design, an area of design done badly and doing it in a more interesting and creative way. we had met 3 years earlier at the RCA and were drawn to info design because it was more about explaining things rather than selling things.

since the budgets for such work back then were so low we were forced to illustrate our ideas ourselves rather than hire illustrators. thus we developed a very simple way of drawing that was within our limited capability. the style you see today is the result of three decades working in this way. 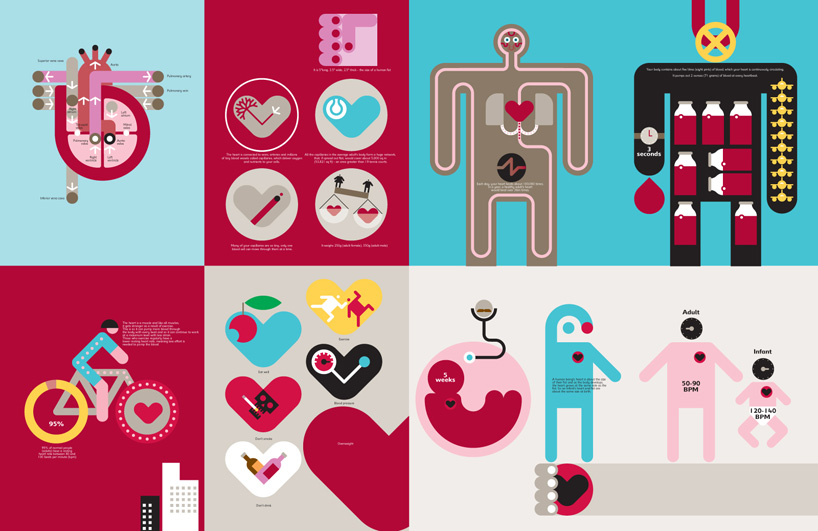 DB: how has your studio evolved over those three decades?
PG: tilly and I worked together for 25 years and we never had the intention of becoming a big business. the reason was that we thought being too big would obstruct our creative aims, which was to work in a very free and experimental creative way, always on our own terms.

over the years we encountered numerous changes, such as the design businesses moving from creative led to business led in the 80s and the change from traditional craft art to computer technology in the 90s and the internet leading to a smaller world with vast opportunities for creative work in the 00s and beyond.

tilly retired in 2006 and I started working on my own under the name grundini. I decided to stop doing large projects and focus on smaller ones instead. mostly because large projects are only about 20% creative and 80% management, and I find the latter quite boring. 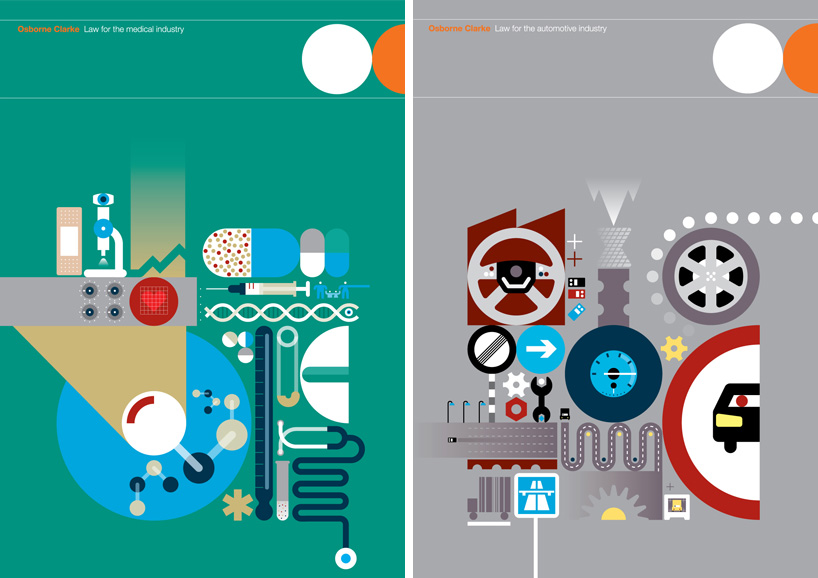 DB: what has been your most challenging brief to date?
in 2000 alan fletcher introduced me to the scenario team of shell international which lead to a decade of work where my task was to find a visual way of describing some very complex thoughts.

DB: what are your thoughts on the rise in popularity of infographics?
PG: there has been an explosion of information with the advent of the internet and people’s thirst to have it displayed simply has been a gift to the information designer and illustrator. who knows were this will lead. 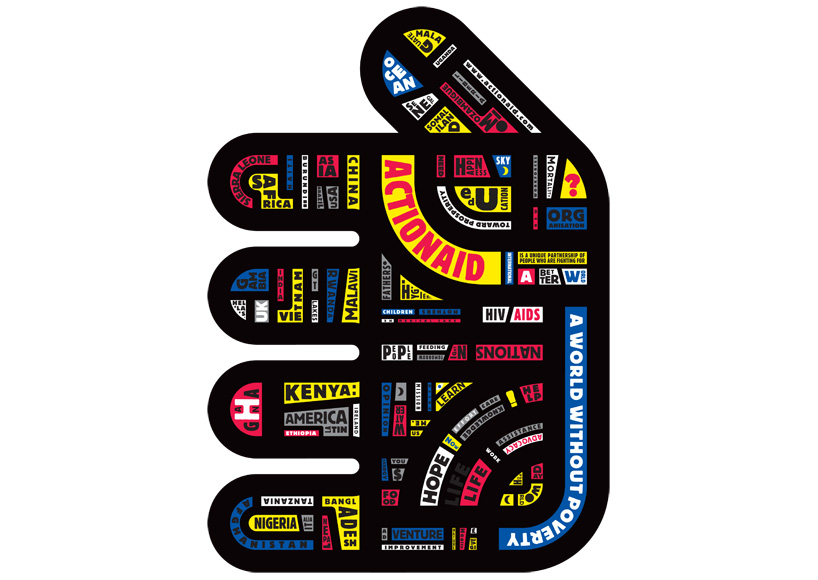 a handful of countries and activities that define actionaid, giving multiple verbal messages in one simple picture.

DB: who or what has influenced your work the most?
PG: a german designer taught me that the use of colour is a language as powerful as typography, photography and illustration. later my RCA tutor lou klein (a new york advertising guru in the 60s) taught me that ‘ideas’ are important. these two lessons influenced my work a lot, which I would describe as making visually complex things simple. 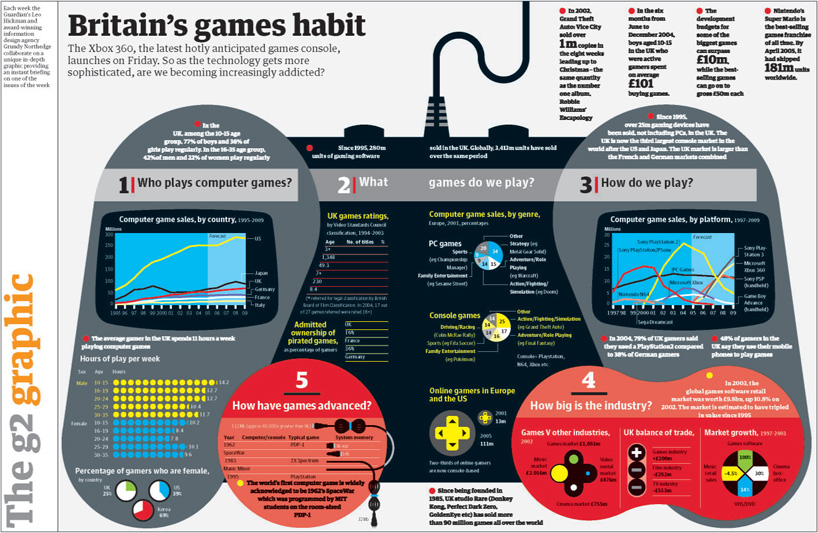 infographic for the guardian 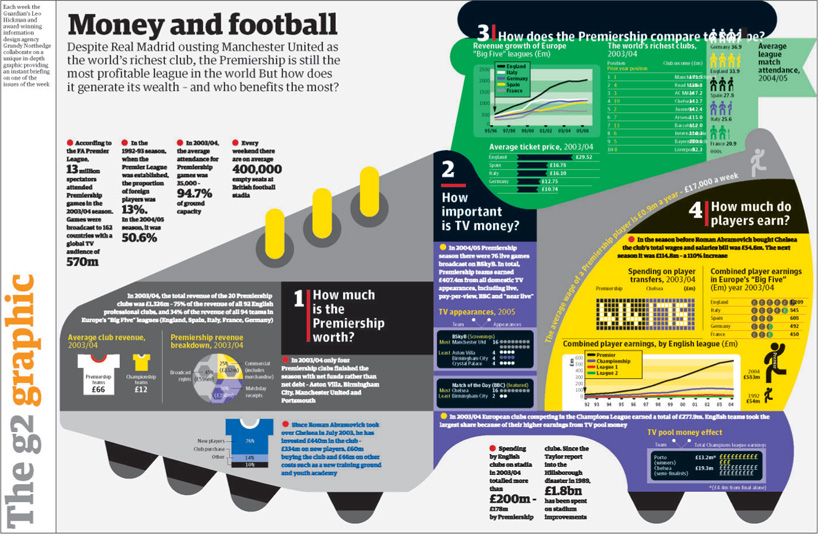 infographic for the guardian

DB: how do you think popular online design resources have changed the work being produced today?
PG: gone are the days of carrying a portfolio around, thank god. today the work we do is available up there in the cloud/sky. all that is required is the ability to get people to see it. six years ago I spent a lot of money producing a book called grundini to sell my stuff. when it came to the next piece of personnel publicity (which happens every 5 years) the next step was a powerful, self managed website and for the first time in 30 years I got someone else to design it rather than do it myself. mainly so I could learn and understand the new ways of making ones work available to a global market. 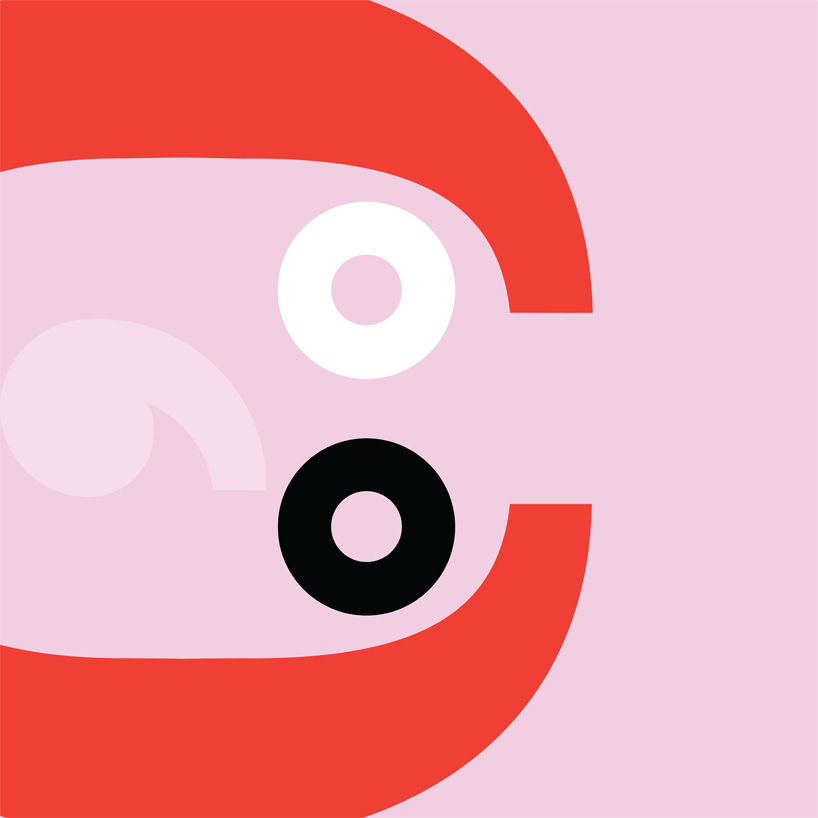 DB: what is the best piece of advice you have ever been given?
PG: be good, be bad, but never be mediocre.

DB: what is the worst piece of advice you have ever been given?
PG: think of a price and double it.