UK designer peter marigold will display his palindrome series at moss gallery, new york as part of ‘the harder they fall’ exhibition. the series which he created for the designers of the future award at design miami/ art basel 2009 is based around mirror and plaster. two new additions to the collection will be on display for the first time during the exhibition

the palindrome series focuses on the experience of symmetry with each piece comprising of half mould and half cast. the result is that the forms, textures and details on one side is mirrored on the other. the wood is first assembled as a mould and then the composite casting material (acrylic/gypsum) is layered inside. once this is set, the wooden mould is opened up, turned inside out and used to create the opposing side to the cast. the two sides are then bolted together using mould making fasteners.

each imperfection is complimented on the opposite side of the unit: circular saw marks become symmetrical decorative swirls, knots in the wood become motifs and holes become handles. the wooden halves of the furniture have been engraved with a palindrome word or name, which results in the word being repeated on the cast side in raised writing. 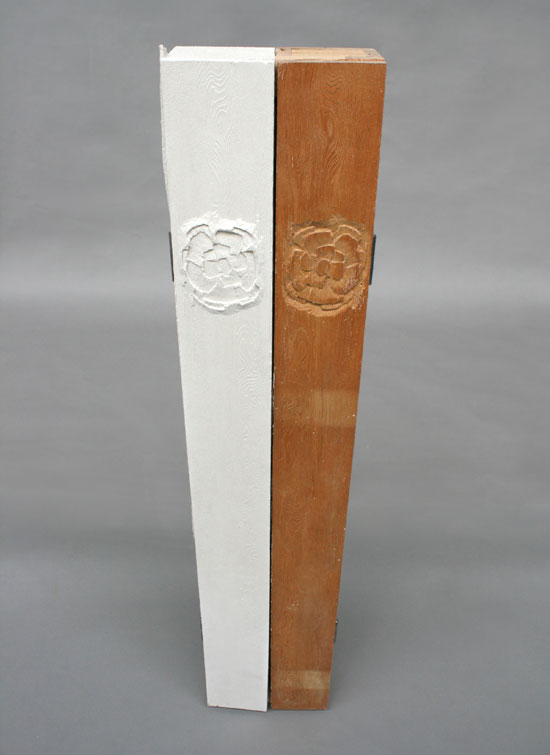 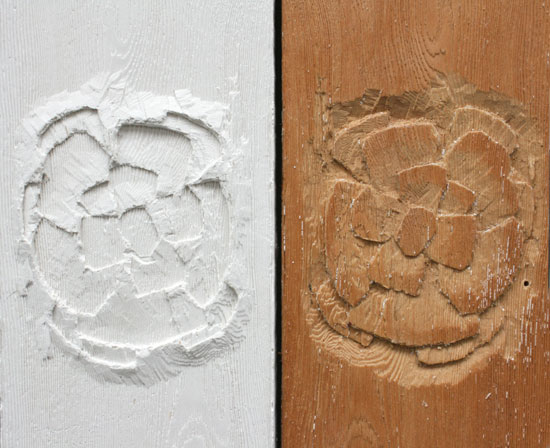 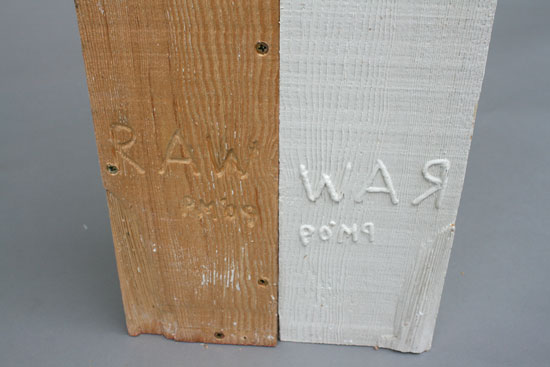 back of ‘gun cabinet’ 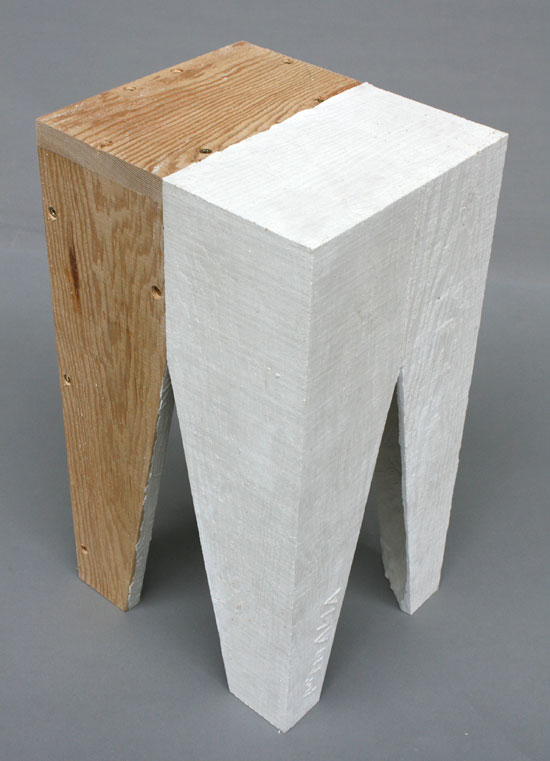 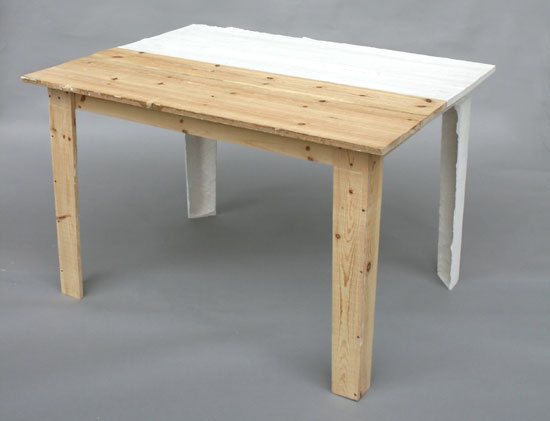 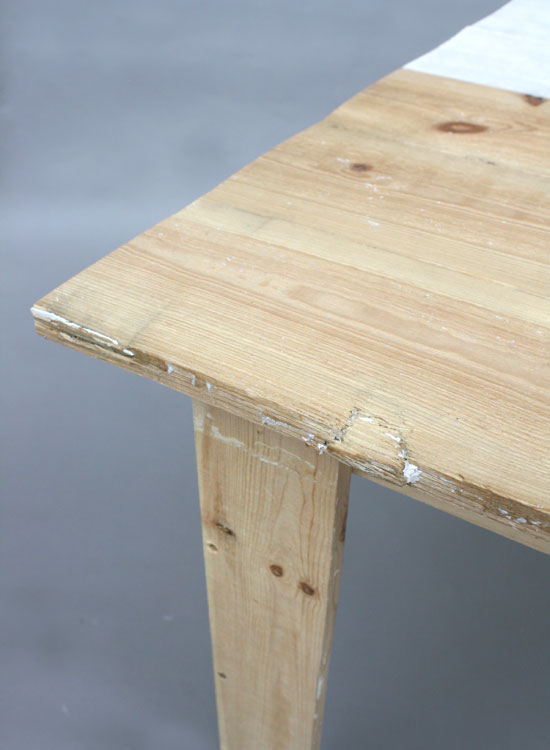 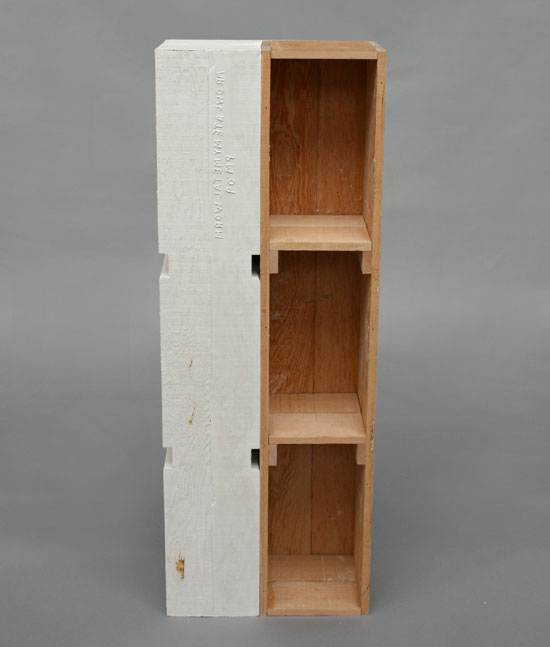 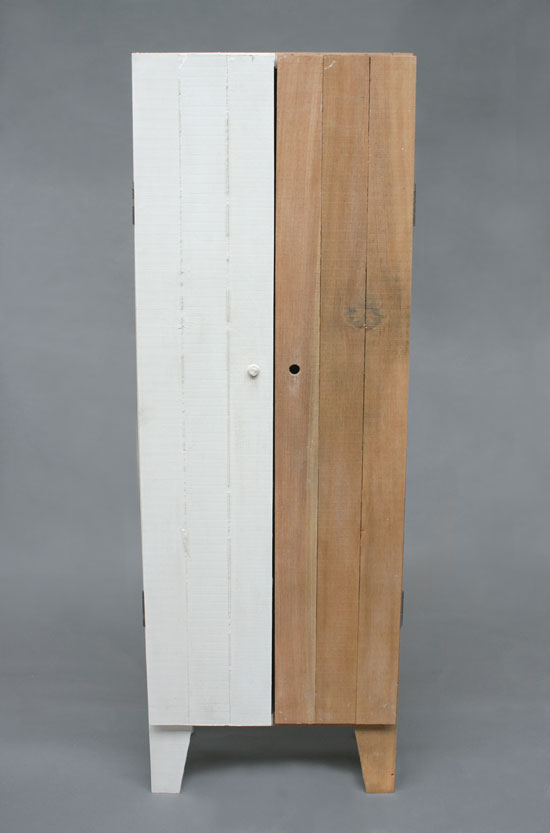 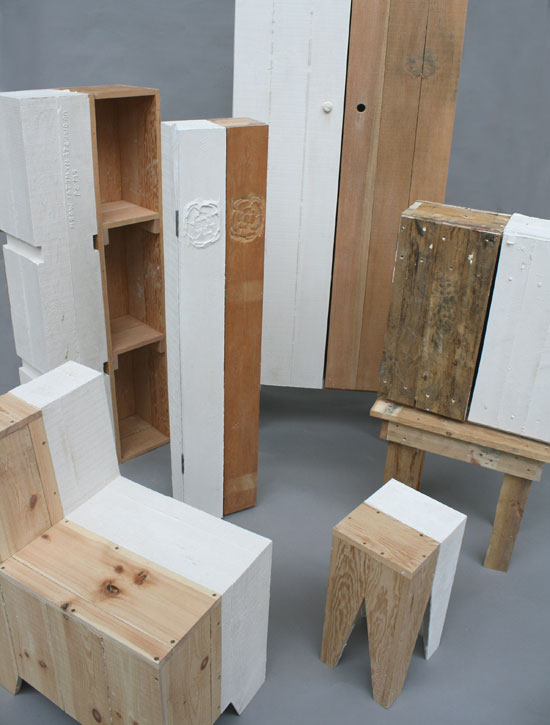