british designer peter marigold has created a series of vessels entitled ‘wooden forms’. judging by the name, one may think the objects are made from the suggested material. they are created using wood so there is an active reference to lumber, but the final vases are not actually made from the organic element. 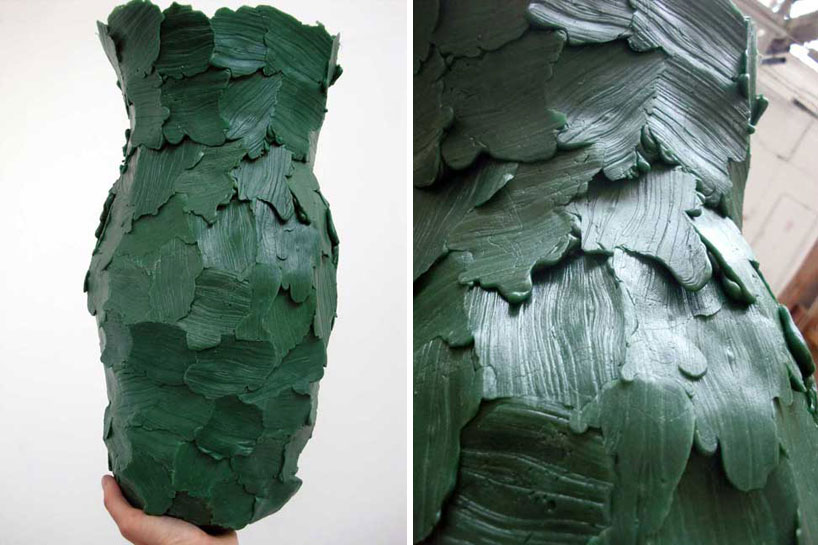 marigold creates the vessels using a single small piece of wood as a mould which is pasted with hot wax in order to extract an impression of its grain and texture. the wood is then moved to a new position, and the process is repeated again, blending the natural patterns together with the previous piece. this action is repeated so as to build up the form intuitively, creating an object that is both moulded and unique. the wax form is cast into either plaster or metal, combining it into a singular material through one action, resulting in an amalgam of moments and pieces which are highly animated and not ‘wooden’ at all. 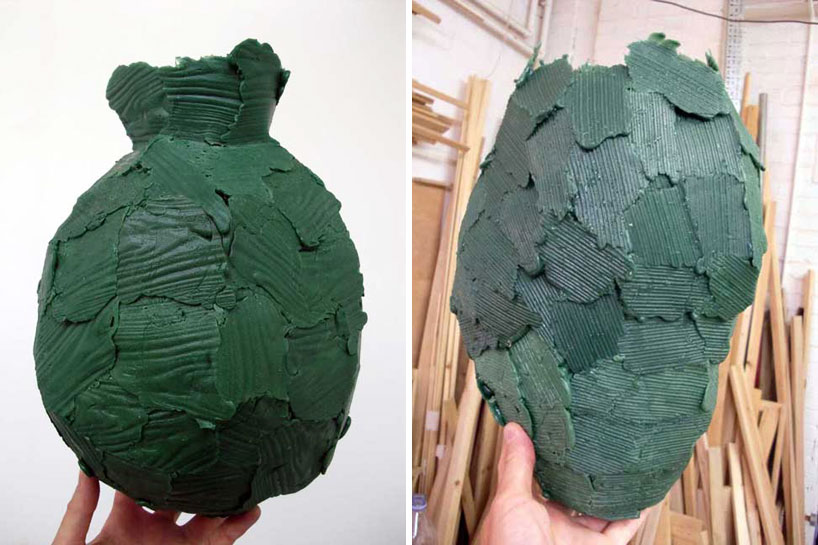 ‘wooden forms’ is presented as part of the ‘methods of imitation‘ exhibition during london design week 2011. 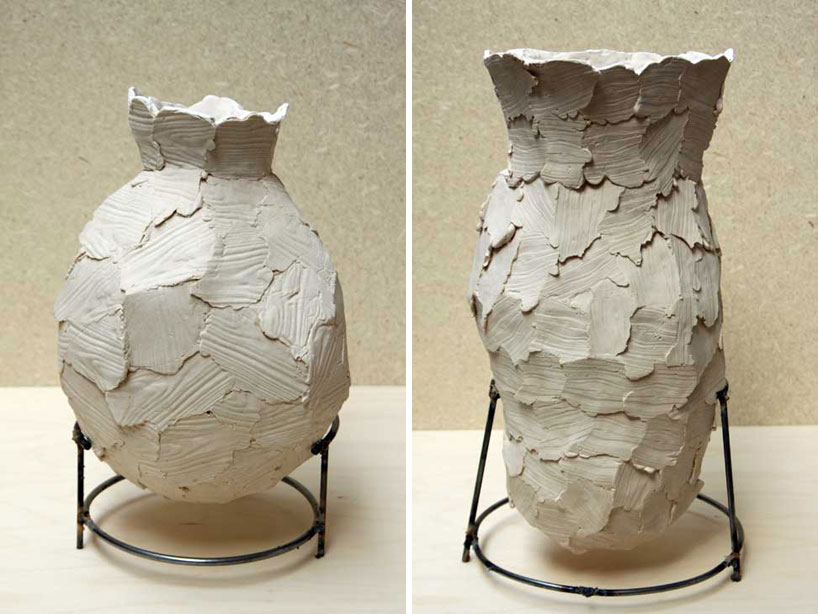 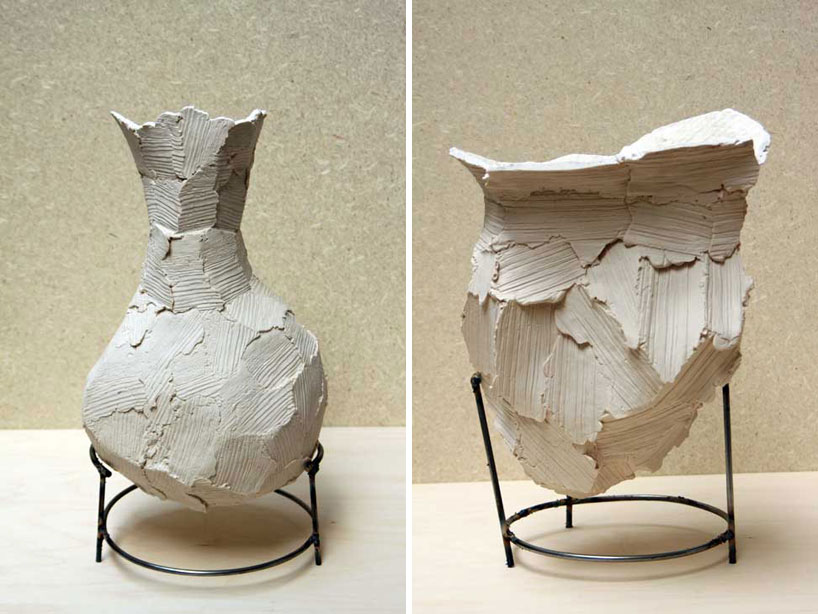 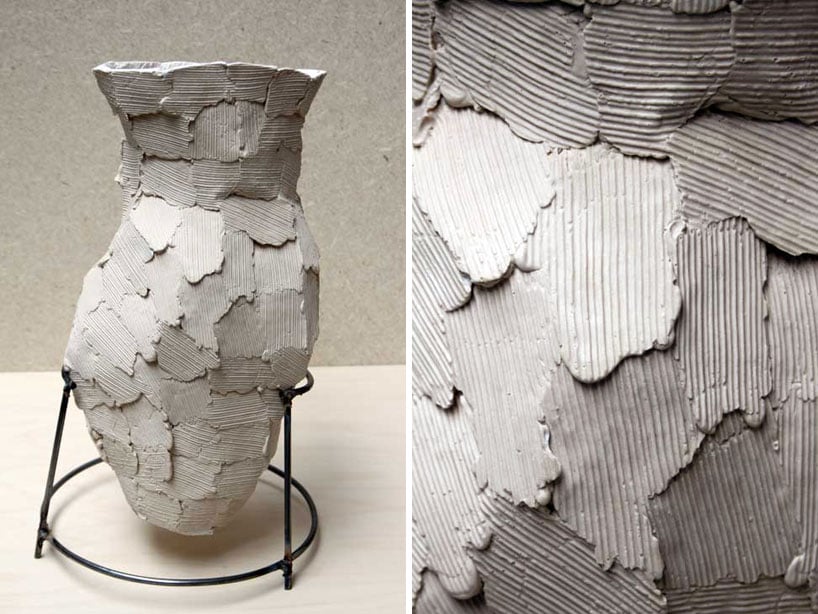 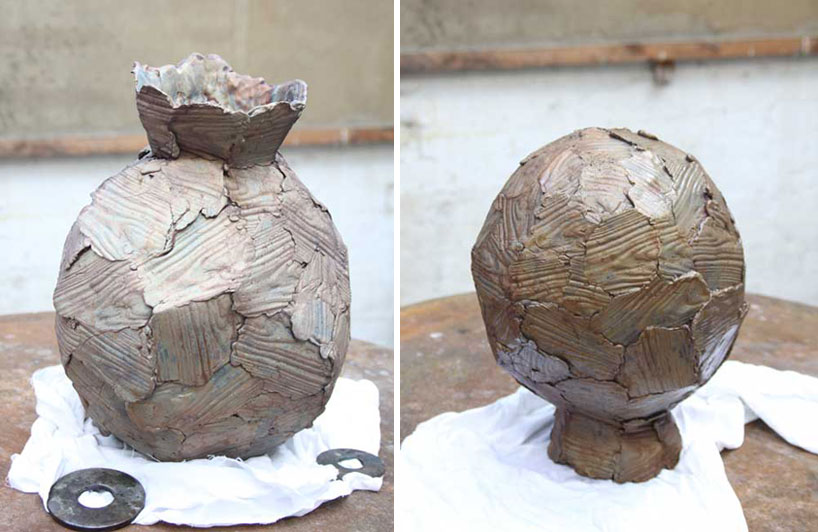