the ‘hooo!!!’ lamps are a collaboration between five parties, with the design by french designer philippe starck, the text by american artist jenny holzer, the custom electronics by german-british interactive designer moritz waldemeyer, the crystal by french glass manufacturer baccarat and the production by italian lighting company flos. ‘hooo!!!’ is produced in a limited edition only. 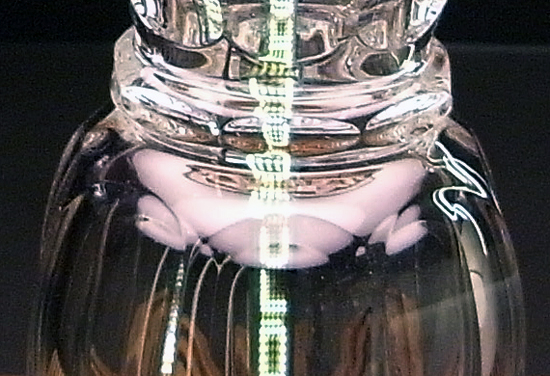 a white LED display runs along the center line of the crystal element. the interplay between the geometric LED matrix and hand-made baccarat crystal turns holzer’s text into an attention-grabbing animation. 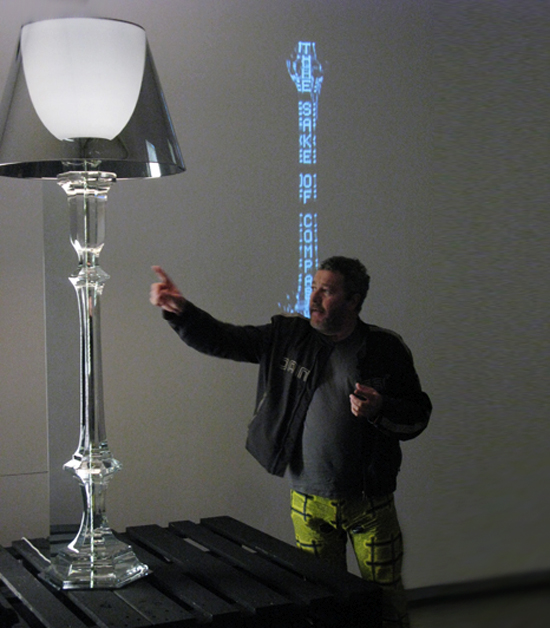 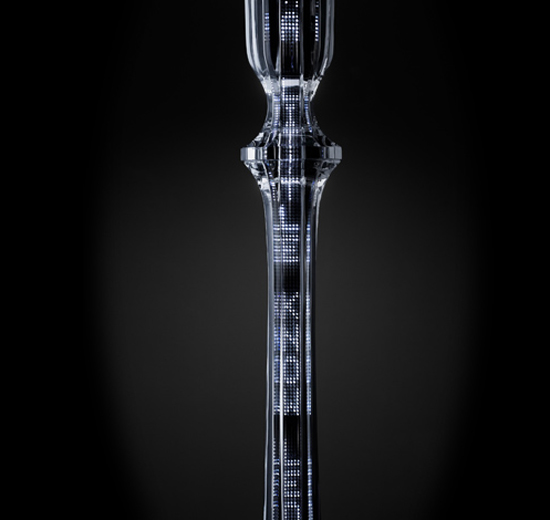 the circuit contains a sophisticated piece of electronic design with LEDs, a processor and an on/off switch to produce a fully functional text display. 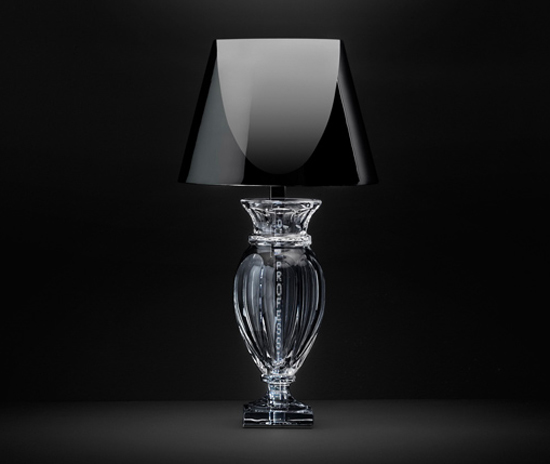 many days of manual optimization was required to fit all components in an aesthetically pleasing layout. the first working prototype was soldered by hand to test the design. 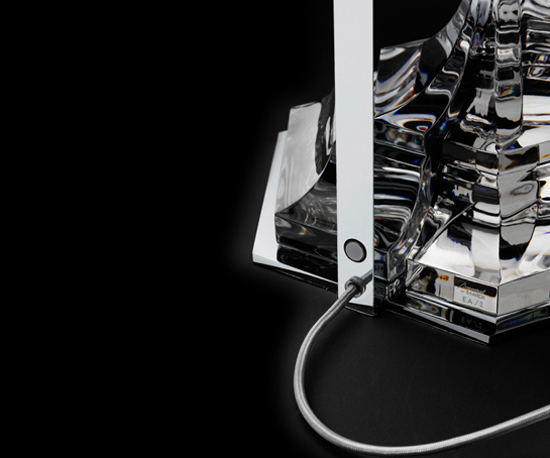 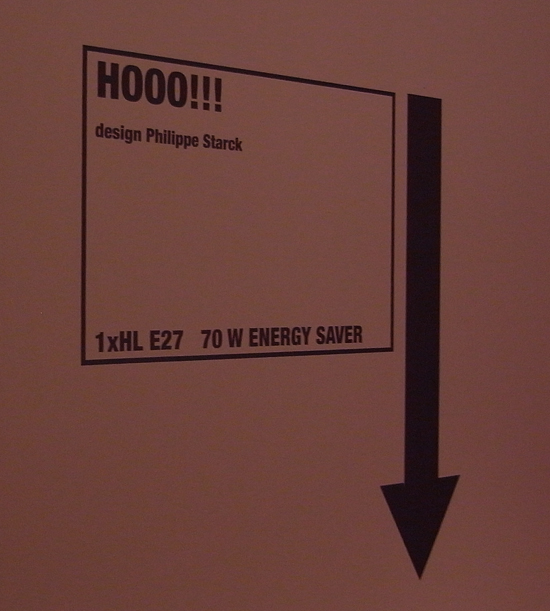