french designer philippe starck in collaboration with french car brand peugeot has developed a bike for the city of bordeaux, france’s bike sharing program. considered a cross between a bicycle and a scooter, the design is set to promote and continue encouraging citizens to chose this mode of transportation within the city, which has seen the number of cyclists triple in the last 15 years following the implementation of a initiatives such as limited car traffic and developing the tramway. 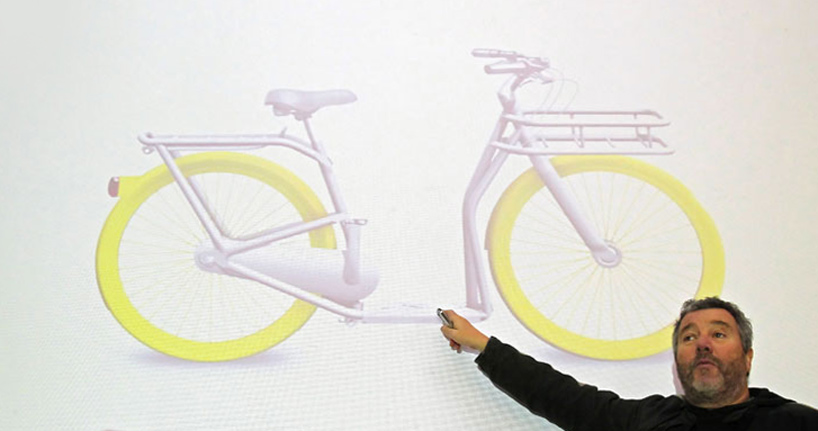 ‘this idea for a new means of locomotion sprang from the analysis of much feedback from the citizens of bordeaux,  diverse opinions, constructive and intelligent ideas and the specificities of bordeaux. this revolutionary solution seems  to be the inventive and appropriate response to questions being asked regarding pedestrian area’, explains designer philippe starck. the new two-wheelers peugeot bike are set for production as part of the mu by peugeot program. 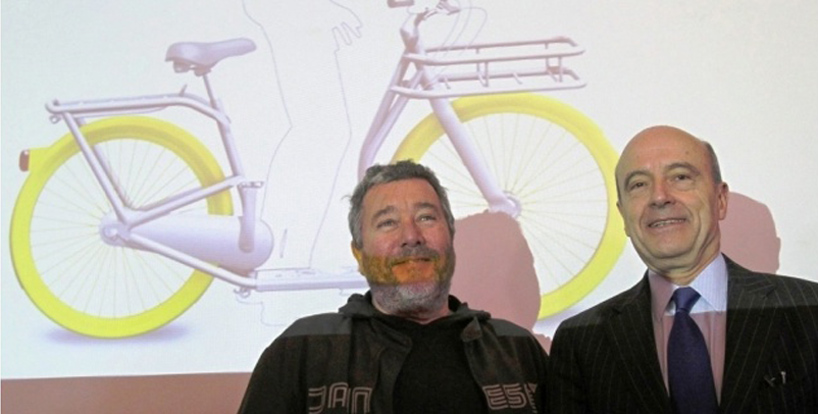