‘chulha’ low-smoke stove in use

‘chulha‘ is a low-smoke stove, developed through the philanthropy by design program by philips electronics, that has been engineered for grassroots-level production and implementation in indian communities. ‘chulha’ is the first implementation-ready product to come out of philanthropy by design, which encourages and actualizes humanitarian propositions addressing social, human, and environmental concerns.

designboom has previously featured the ‘chulha stove’, but now offers an in-depth look at the design on the occasion of the project’s nomination for the ‘world design impact prize 2011‘ by the international council of societies of industrial design (ICSID).

‘chulha’ was designed to fit within the existing culture, adaptable to different kinds of biomass fuels and diverse cooking needs (from baking chappati to steaming rice to roasting chicken to boiling water), while addressing the issue of death and disease as a result of smoke produced by the burning of these materials indoors, common because of the way that much of india’s rural and semi-urban population prepares its food. the number of deaths from indoor air pollution of this kind is estimated at over 1.6 million per year, of which a quarter are in india.

two models were engineered: ‘sarai’, a double oven with hotbox that costs between 9 and 11 euros to produce; and ‘sampoorna’, which includes a steamer and nets a cost of 13-16 euros. the stoves and chimneys of all ‘chulhas’ are composed of concrete modular units, self-locking for simplified do-it-yourself assembly, and covered in clay. both models feature a soot collector, bypass duct to ensure equal heat distribution (and thus cut, for example, the boiling time for water in half compared to traditional stoves), and a jointed chimney that eases cleaning without sacrificing the smoke-eliminating measures. the chimney chamber through which smoke is filtered includes a stack of slotted clay tablets, which capture particles to clean the exhaust before it leaves the assembly. 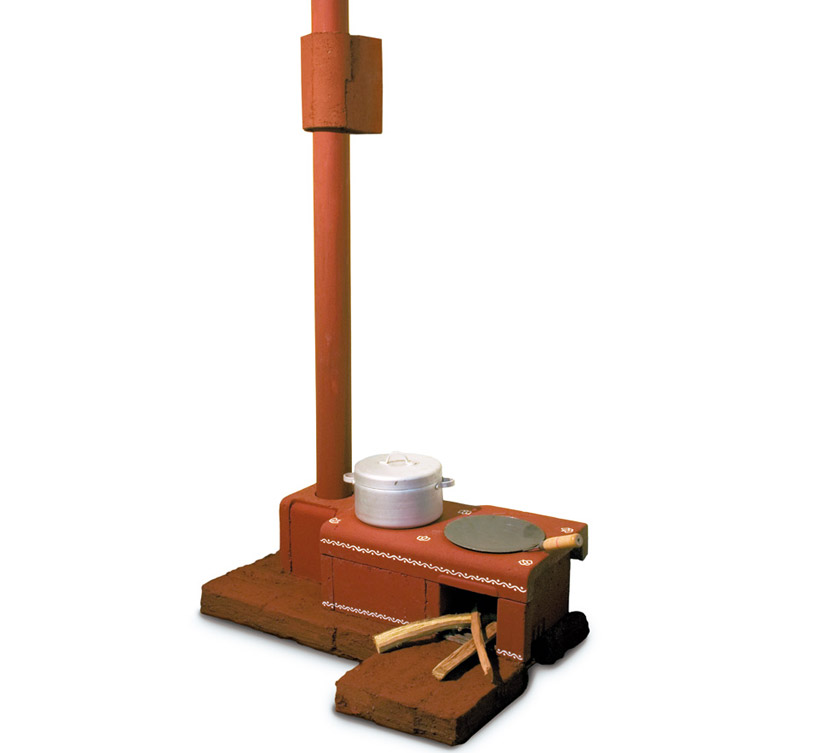 full view of the ‘chulha’ stove 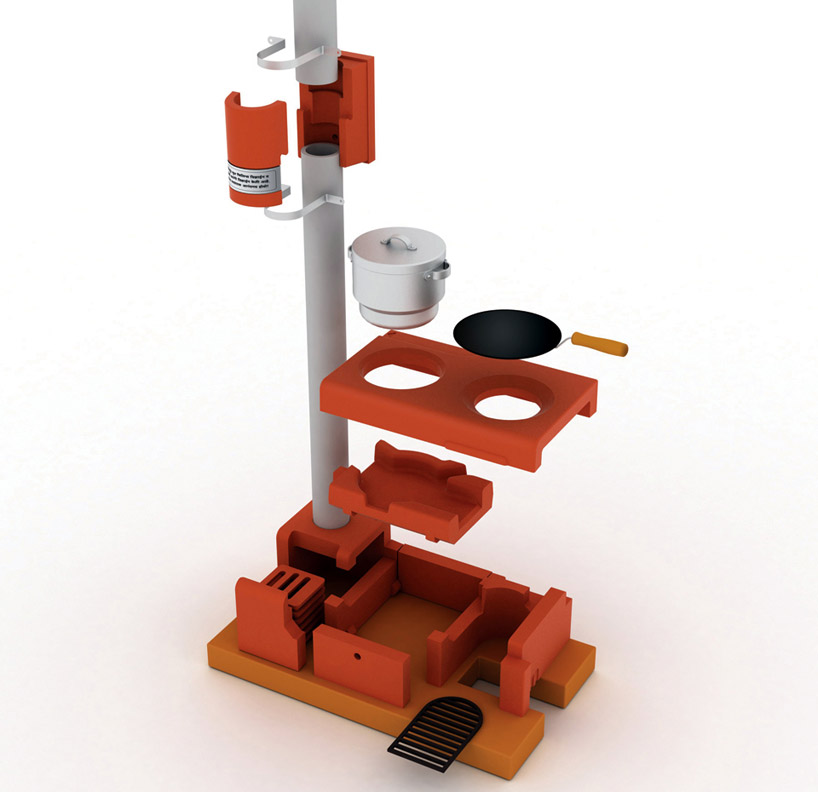 a modular system for both the stove and the chimney of ‘chulha’ was selected for its ease of cleaning, reparability, and transportation. designs and molds for ‘chulha’ are made available to NGO’s in communities that could benefit from the technology, and are meant to stimulate local entrepreneurship as community members themselves undertake the production process with a mind towards local needs and conditions. the molds for ‘chulha’ cost 183 euros and are made of fiber-reinforced plastic, each capable of producing 3,000 units over its life.

the design team conducted workshops with indian community members before beginning component and prototype tests. user feedback regarding the technical specifications and desired use of the ovens, as well as sociocultural constraints, guided each step of the design process. 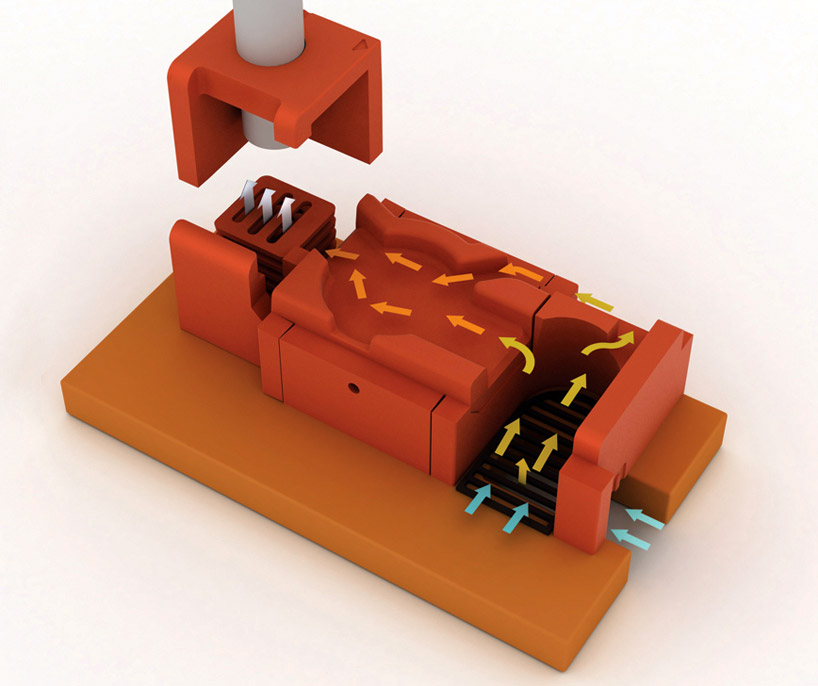 view of the airflow via bypass duct

‘chulha’ has been nominated for the ‘world design impact prize 2011‘ by the international council of societies of industrial design (ICSID).

in the words of ICSID president dr. mark breitenberg, the ‘world design impact prize 2011’ involves ‘actually using the design process and design thinking to address some of the world’s most intractable problems. the ‘world design impact prize’ has the goal of empowering and stimulating projects that develop socially responsible design, that have the greatest impact on people’s day to day lives.‘

nominated projects for the inaugural year of the award include ‘chulha’ as well as anthony reale’s ‘strait power‘ design for water-powered generators. the 22 projects selected are open to an online critique and vote through august 30th on the shortlist gallery, before the jury makes its decision.

×
keep up with our daily and weekly stories
507,100 subscribers

keep up with our daily and weekly stories
507,100 recipients