march 14th is here again. it’s different than usual years. stephen hawking’s death is sobering amidst cheap puns, baked-pie homages, and the country’s fleeting appreciation for a long string of irrational numbers; everyone celebrates pi day differently. some acknowledge the trillion-digit decimal’s infinite beauty for a few seconds, while others, like martijn koomen and tadas maksimovas get to work — designing and building a fully functional fixed-gear bicycle in tribute to an enigmatic, mathematical constant. 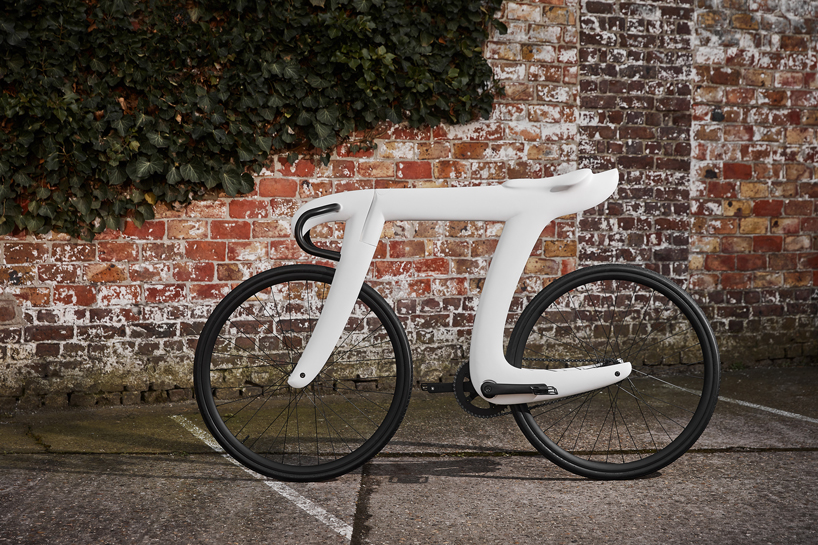 all images courtesy of tadas maksimovas and martijn koomen

the pi bike is a carbon fiber fixy. its frame — boldly highlighted in its design — is modeled in the shape of the mathematical symbol, pi, which, again, represents the ratio of the circumference of a circle to its diameter. after being inspired by malaysian illustrator, yau hoong’s drawings of a pi shaped bicycle (picycle), koomen and makimovas decided to accept the challenge of developing the 2D illustration into a real, fully functioning bike. in collaboration with we are pi, the designers sketched, tweaked, cast, sanded, assembled, recast, and reassembled it all over again, until the pi bike had become the nice, strong, ridable, carbon fiber design that you see here. 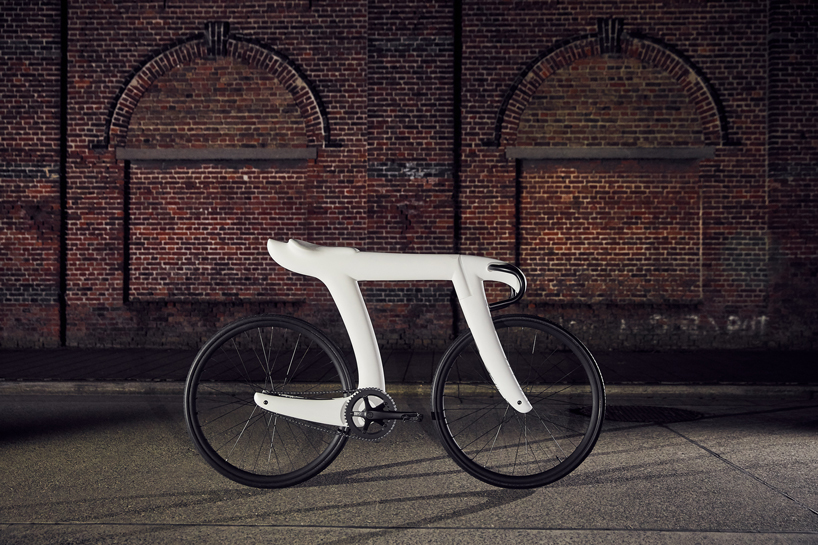 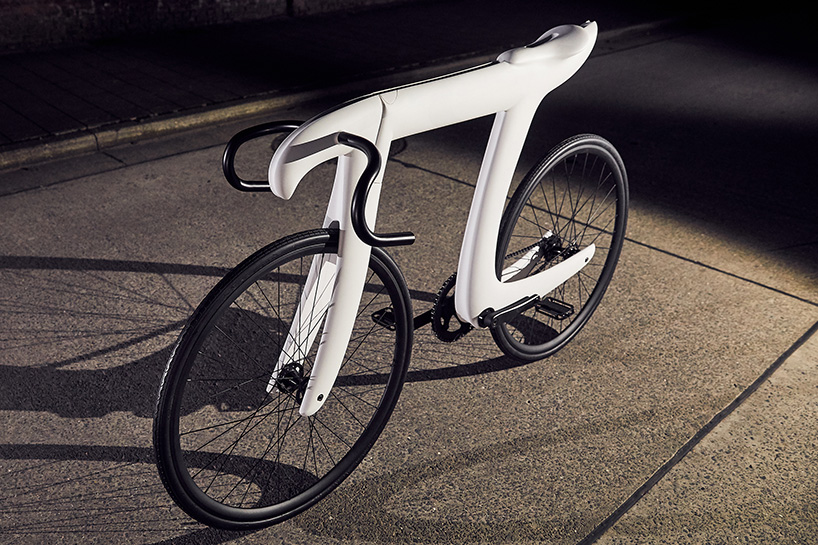 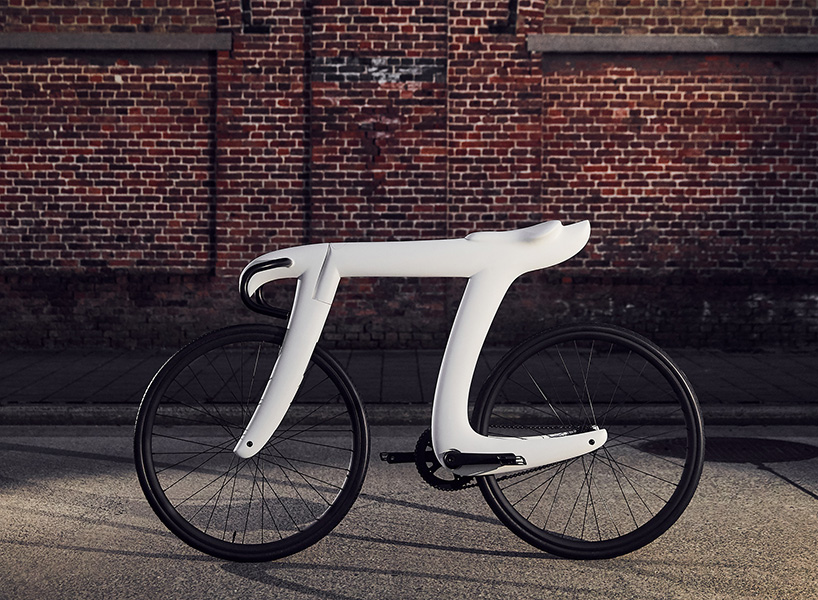 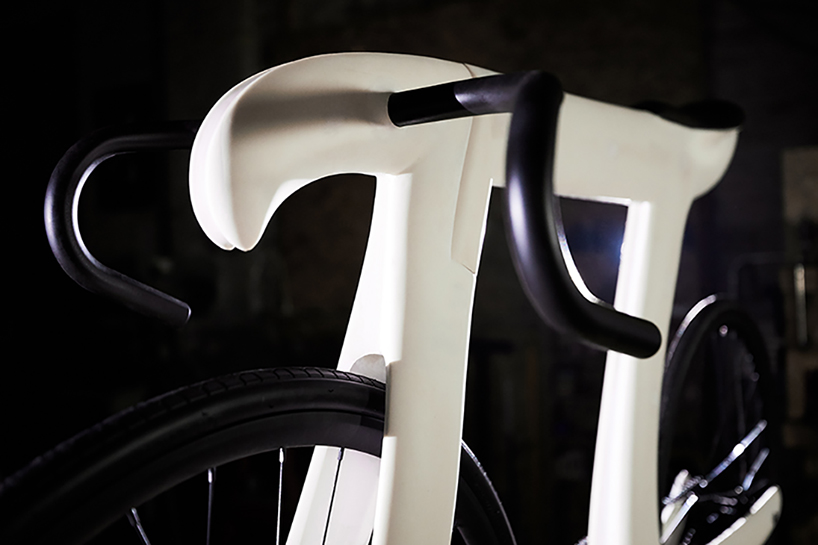 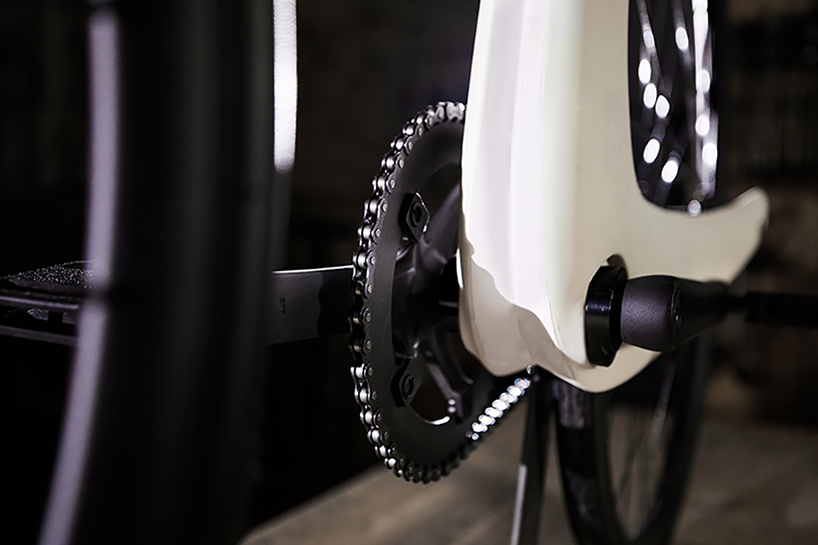 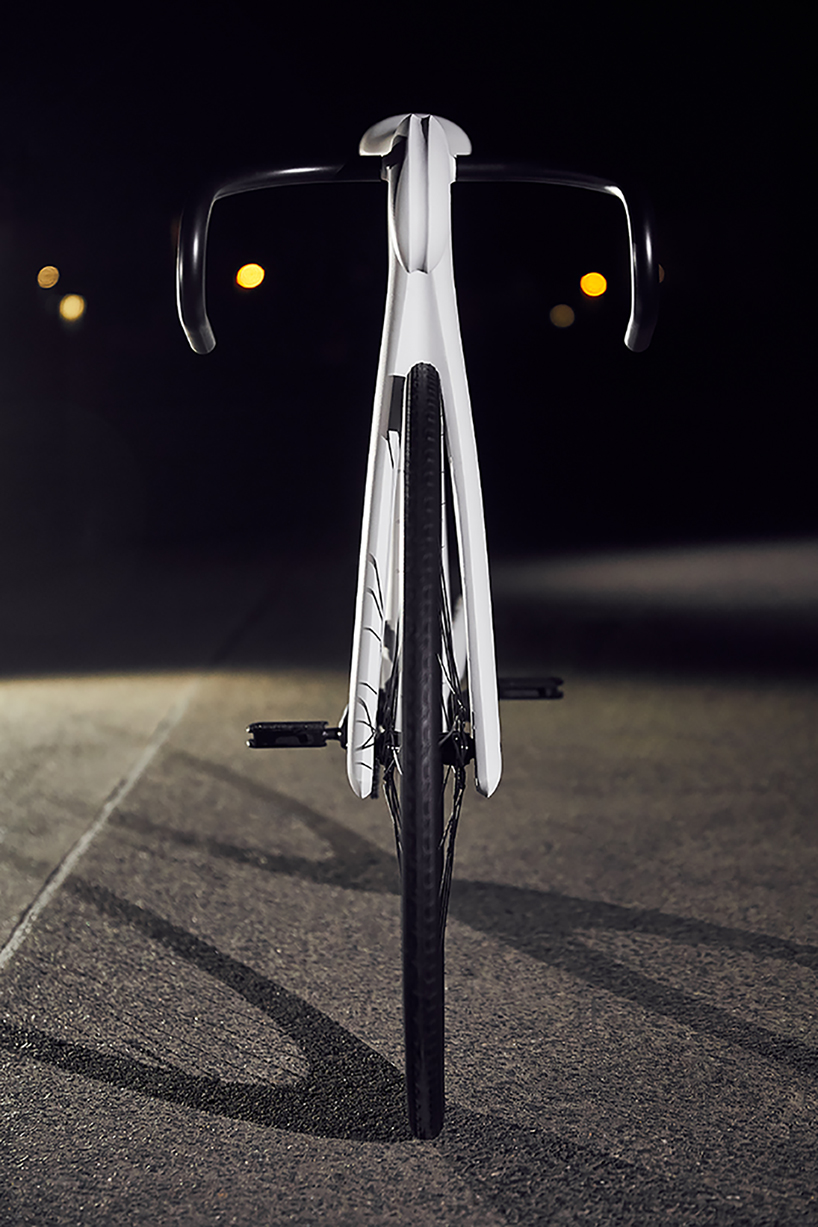 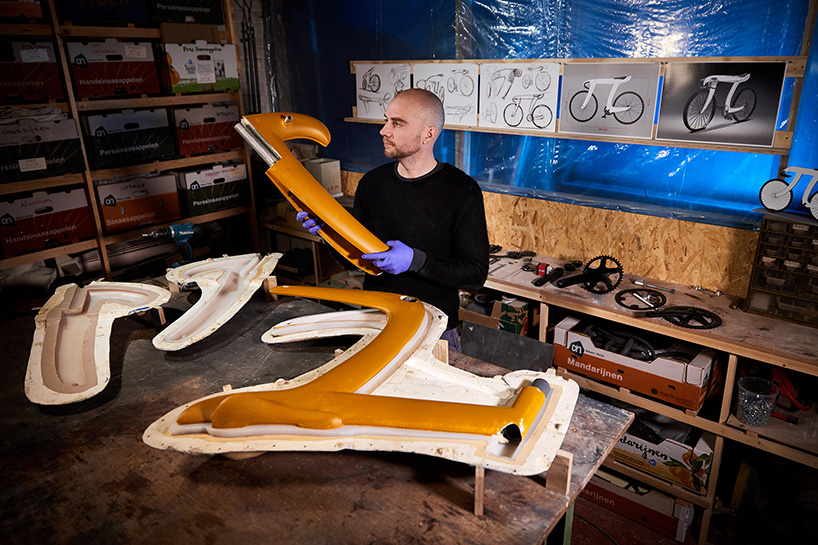 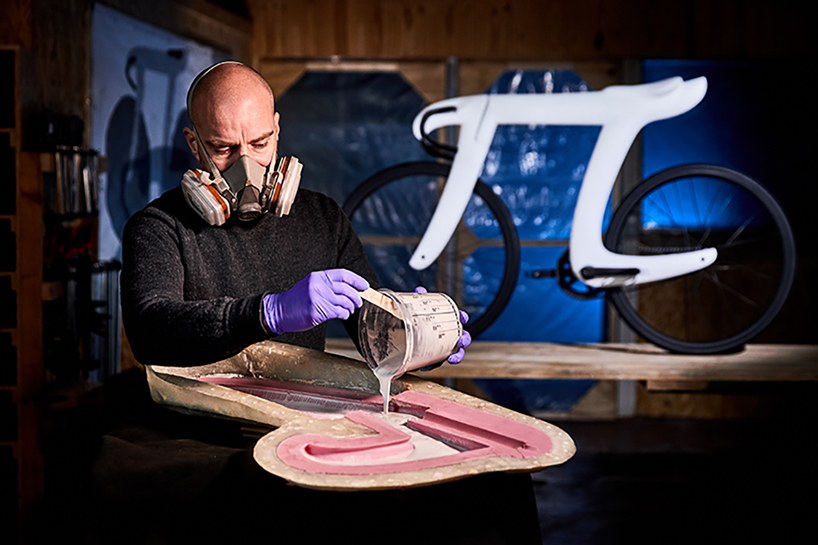 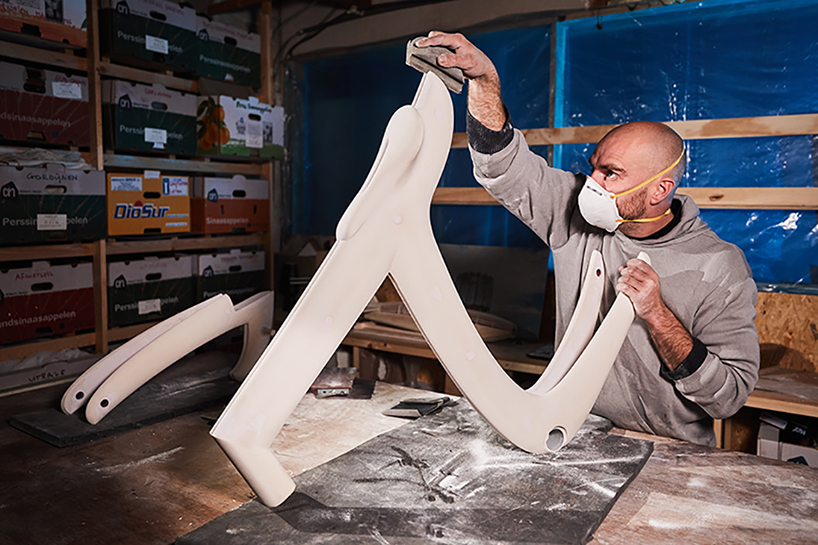 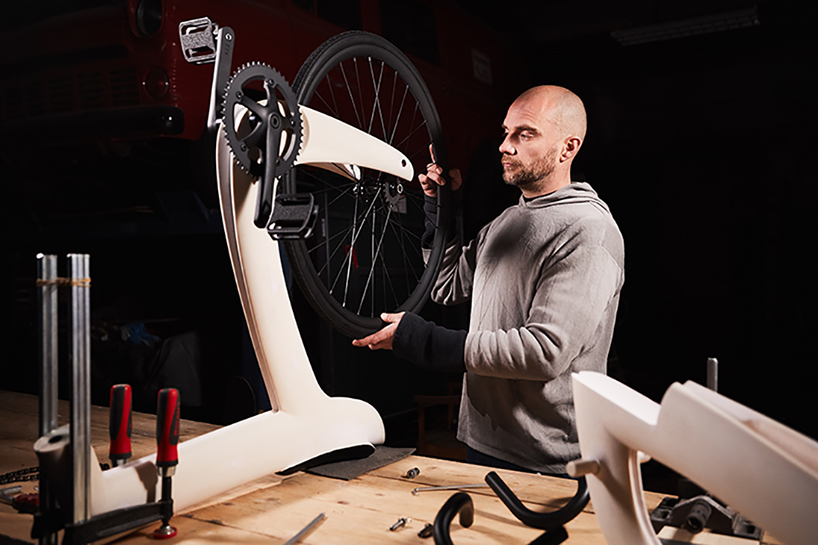 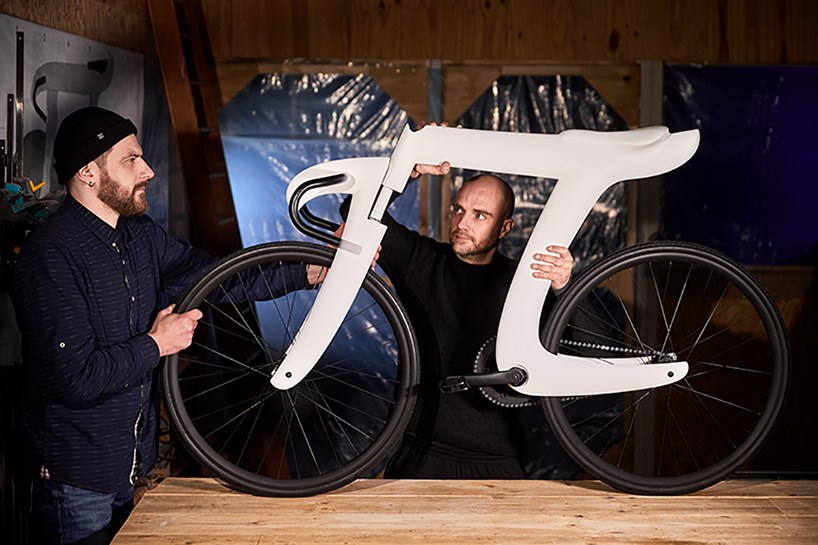 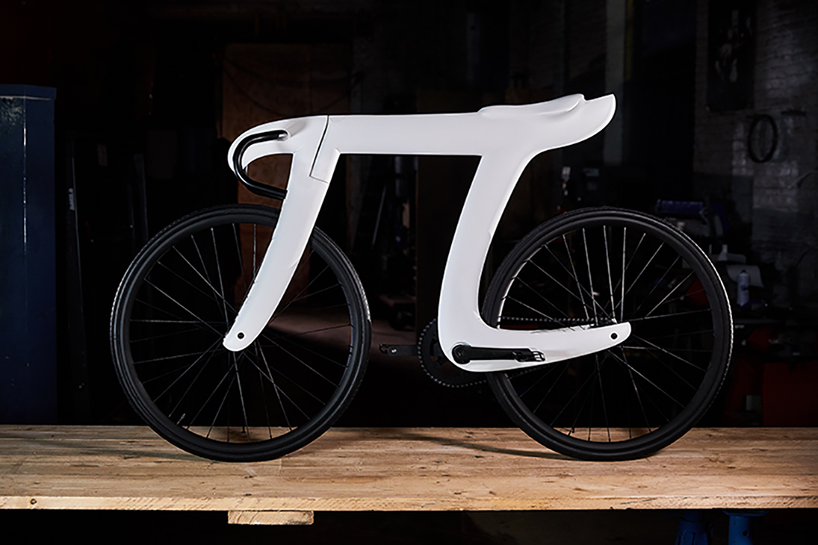 May 15, 2019
this emotigun launches likes, hearts and other social media instant gratifications

May 12, 2014
tadas maksimovas spins his hair into the playable strings of a violin