the ‘brick oven’ by pieter städler which was shown during milan design week 2016, links to the primal connection of making food. the small compact assemblage consists of four parts, as well as bricks which create a curved wall that insulates the heat inside. each brick is placed at an angle creating a fan like appearance, allowing air to move through the small gaps between. the oven which is used to cook pizzas, heats up to 300 °c by burning wood, giving the dough a crispy smokey flavour. the open air fire takes a grounded approach towards cooking, by reducing its technological components down to their simplest form. the DIY format of the construction causes this project to become a collaboration between both the designer and consumer. 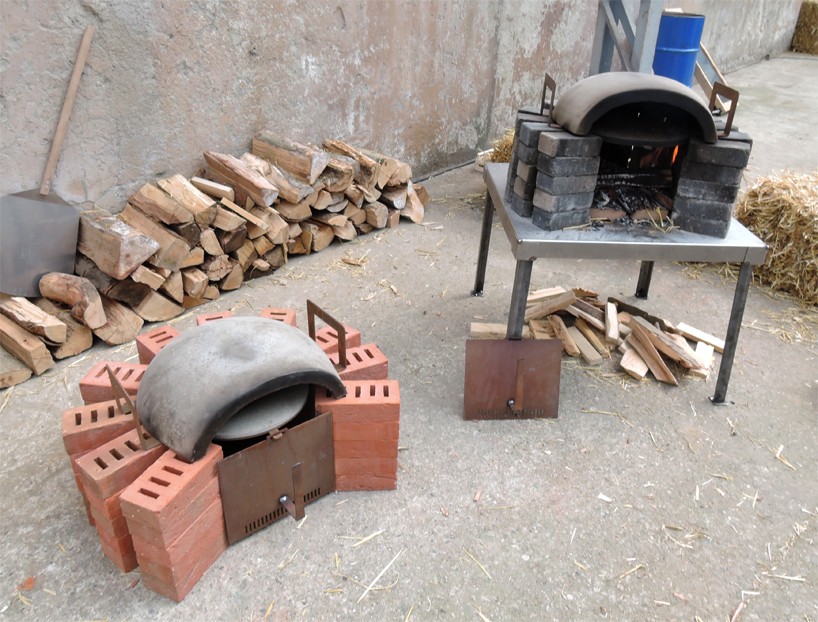 the ‘brick oven’ links to the primal connection of making food 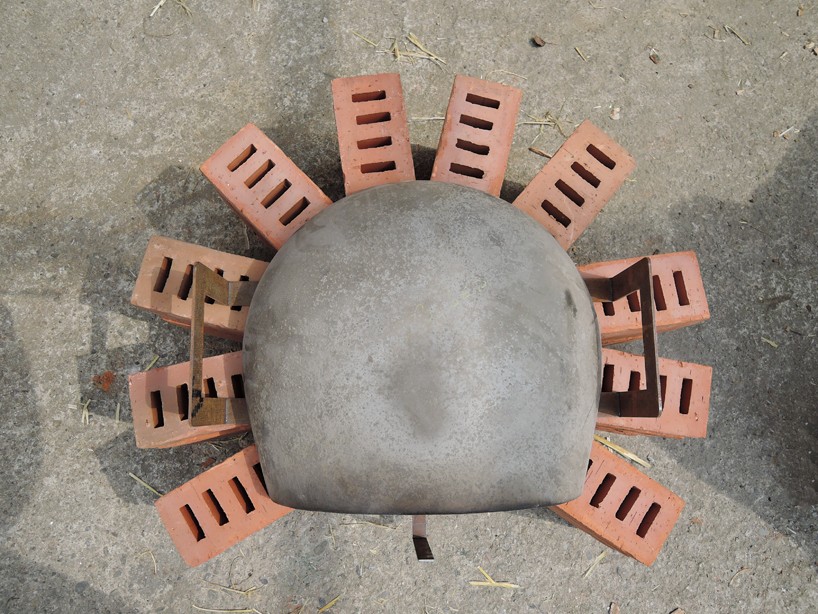 the bricks create a fan shape around the oven 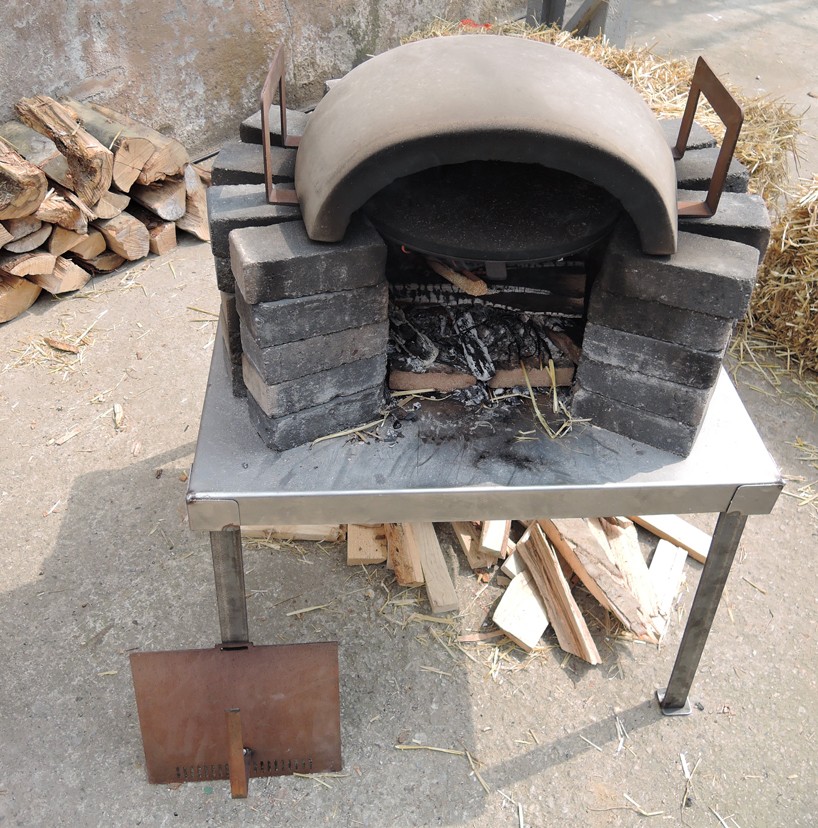 the oven is used to cook pizzas 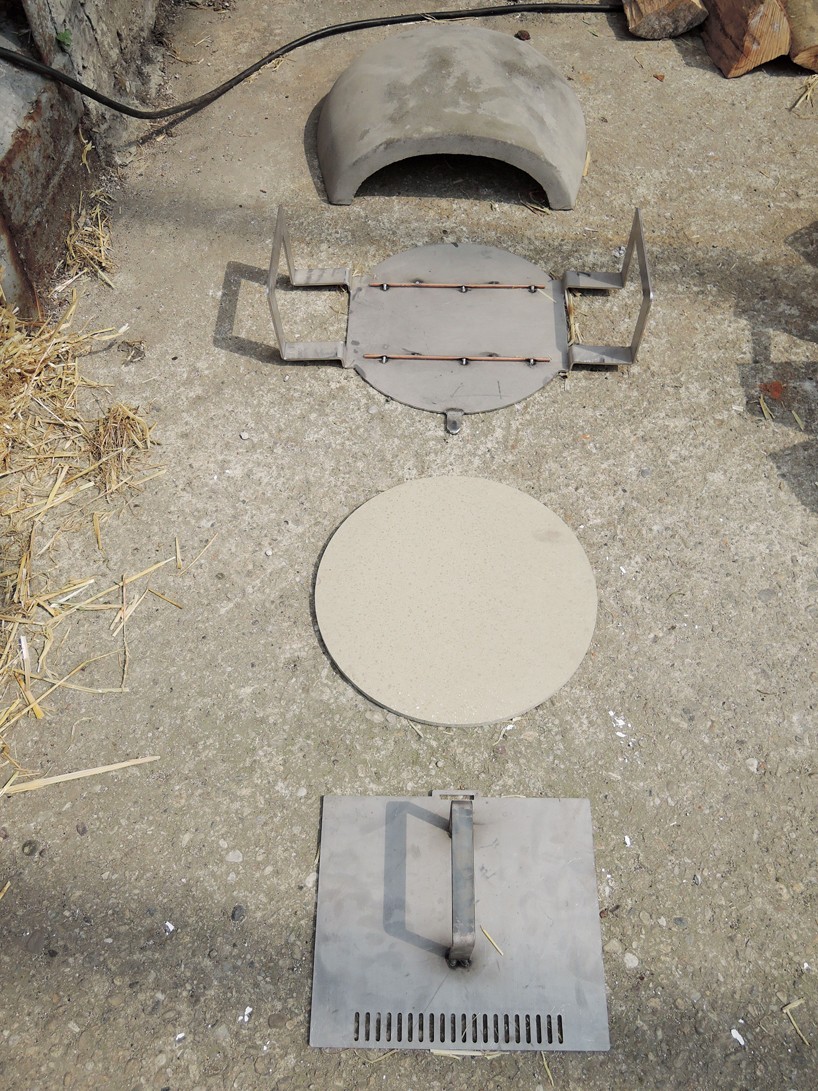 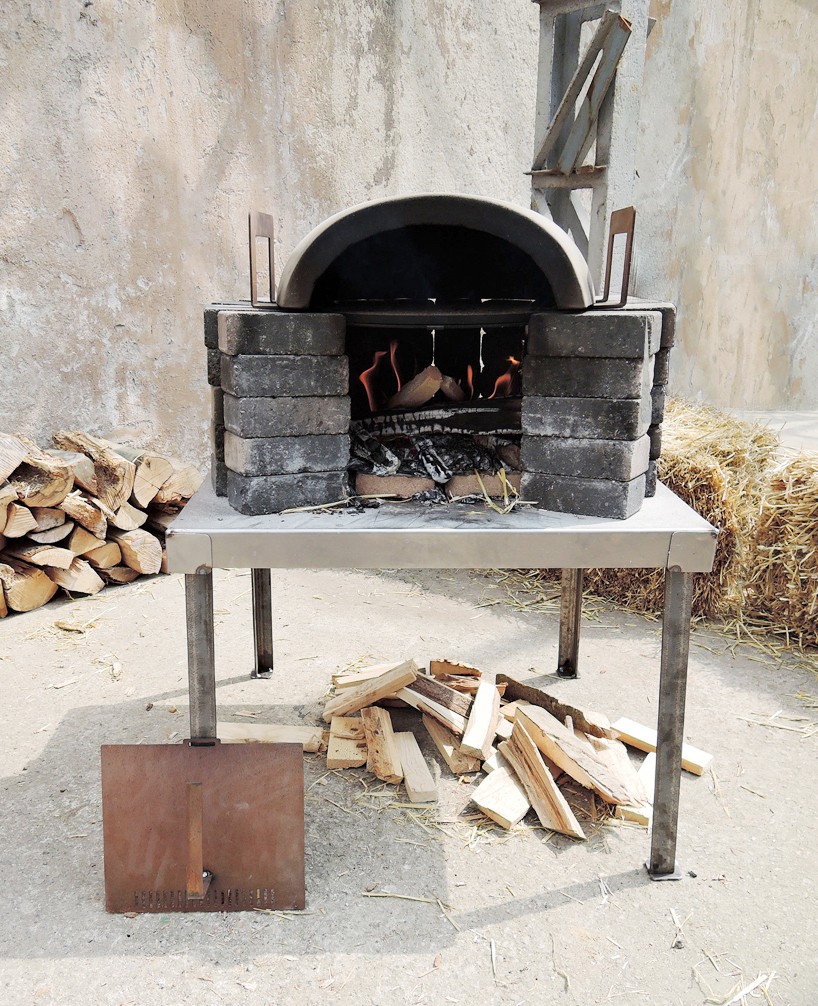 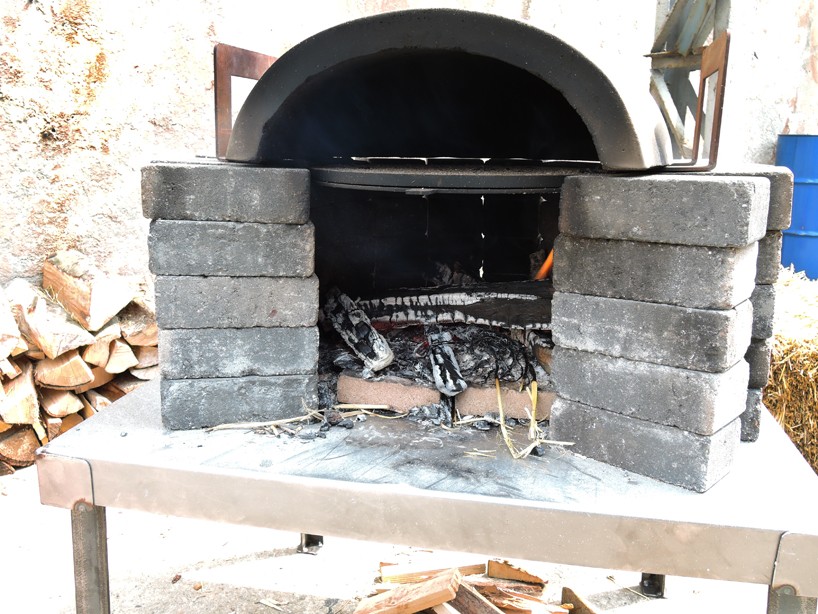 the burning of the wood gives the pizzas a smokey flavour 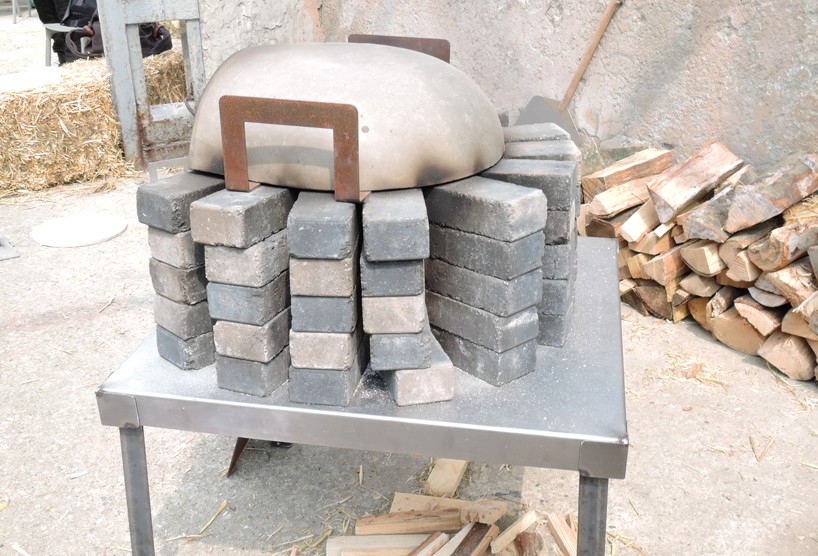 the ‘brick oven’ is compact in size 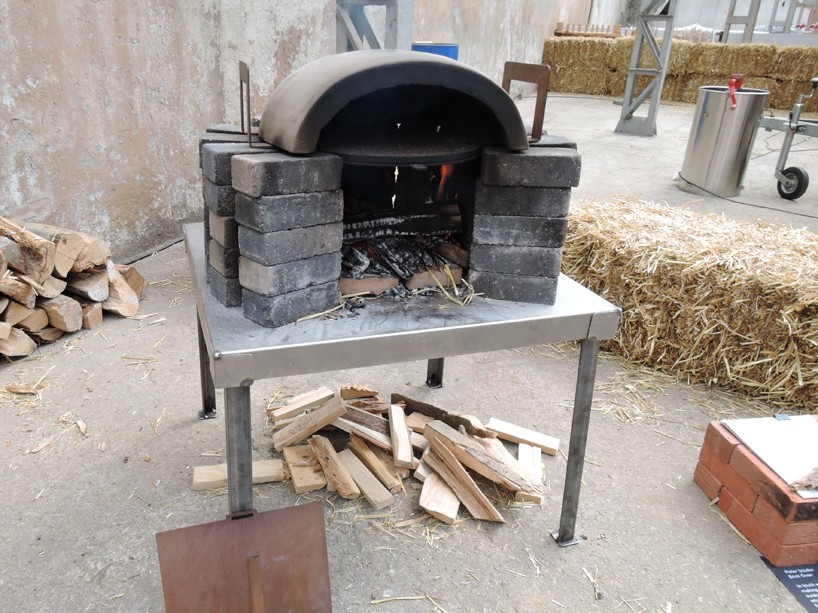 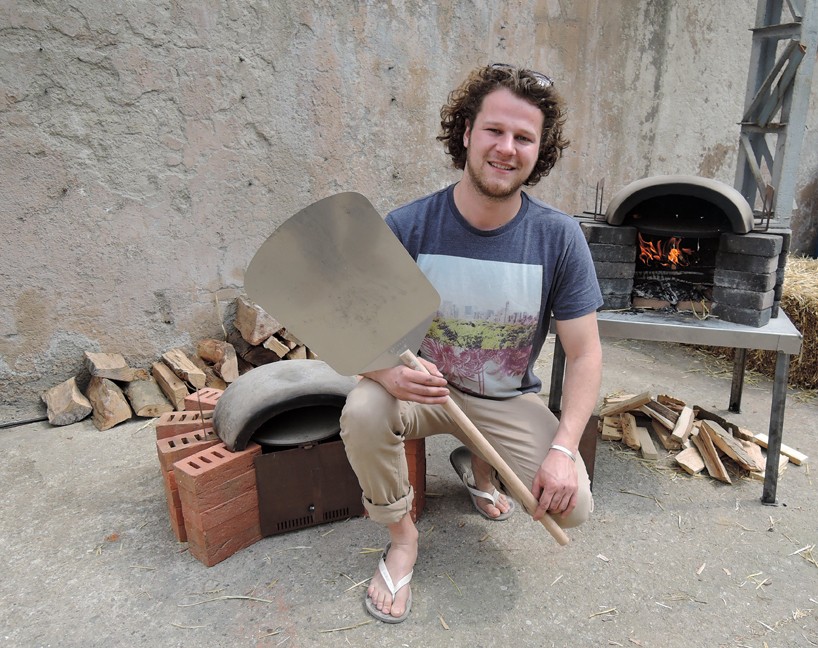 pieter städler with his design 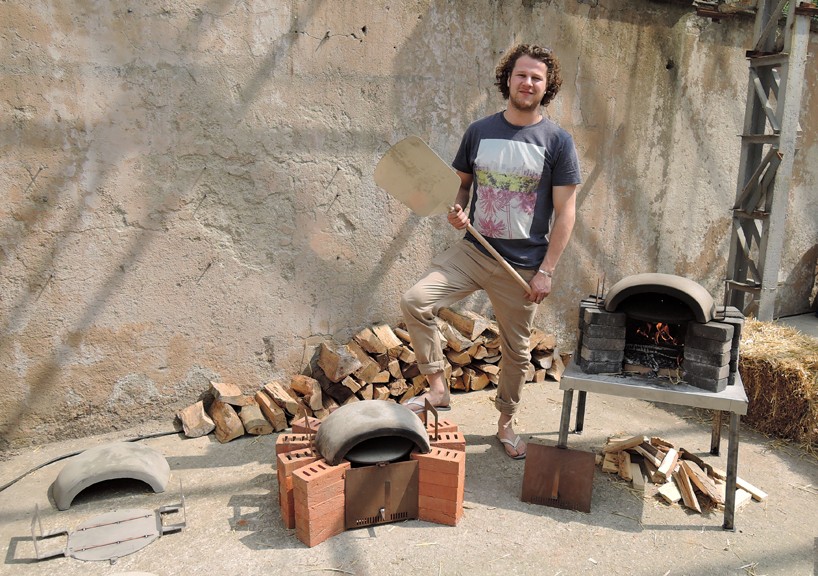